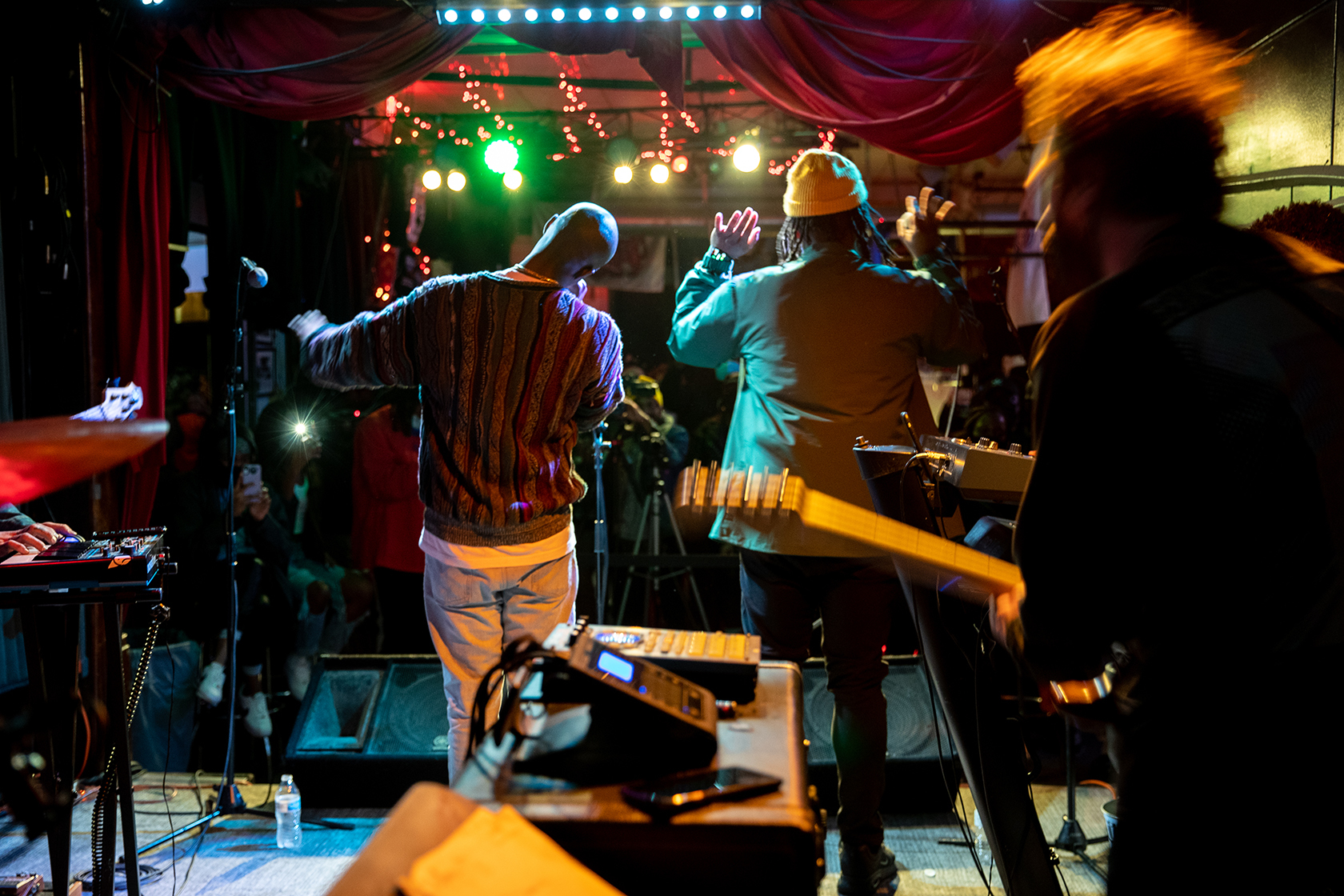 “Fire in Little Africa is a project of explosive creativity and extraordinary scale,” said Oklahoma Contemporary Artistic Director Jeremiah Matthew Davis. “The artists who comprise the new collective have courageously banded together to meet this moment — the centennial commemoration of the Tulsa Race Massacre. This important project and forthcoming album speak to the ability of contemporary artists not only to interpret the world as it is so we can better appreciate the present, but to wrangle with the world as it was so we can draw lessons from the past. Oklahoma Contemporary is honored to partner with Fire in Little Africa to present the group’s first performance in the state’s capital.”

The Fire in Little Africa album gets to the truth of what happened May 31 and June 1, 1921 when a White mob descended on the streets of Greenwood — then a prosperous Tulsa neighborhood known as Black Wall Street — and burned down the business district, destroying roughly 1,500 homes, killing hundreds and leaving thousands of Black Tulsans homeless.