Celebrating 'The Other Mozart'

While touring the apartment of Wolfgang Amadeus Mozart in Vienna, Austria, the musician-turned-actress spied the portrait featuring the dramatically coiffed woman sitting next to the composer at a keyboard, their hands intertwined as they played together.

“You don’t see women, especially in those times, featured like that. So, I wanted to know who this was, and underneath it said, ‘The Portrait of the Mozart Family.’ So, I was really stunned, and I looked it up right away: Who is this? It’s just such a fascinating story for us not to know about her,” Milo said in a recent phone interview from her New York home.

Along with the iconic composer and the family patriarch, the painting depicts Wolfgang’s older sister Anna Maria, affectionately known as “Nannerl,” a fellow musical prodigy, keyboard virtuoso and composer who has been all but forgotten. 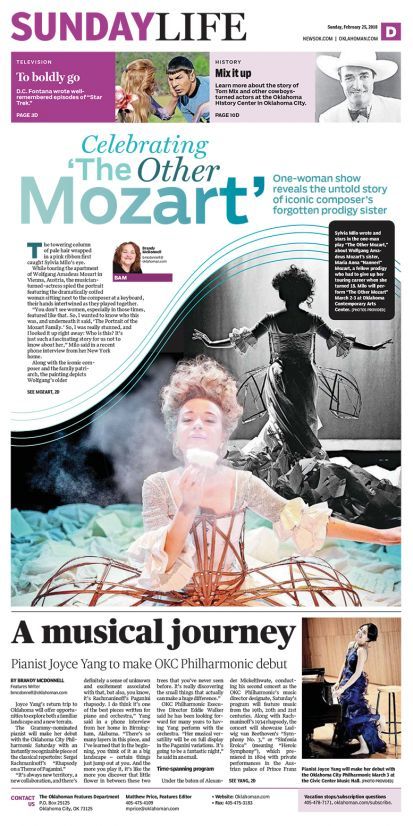 Additional The Other Mozart coverage: