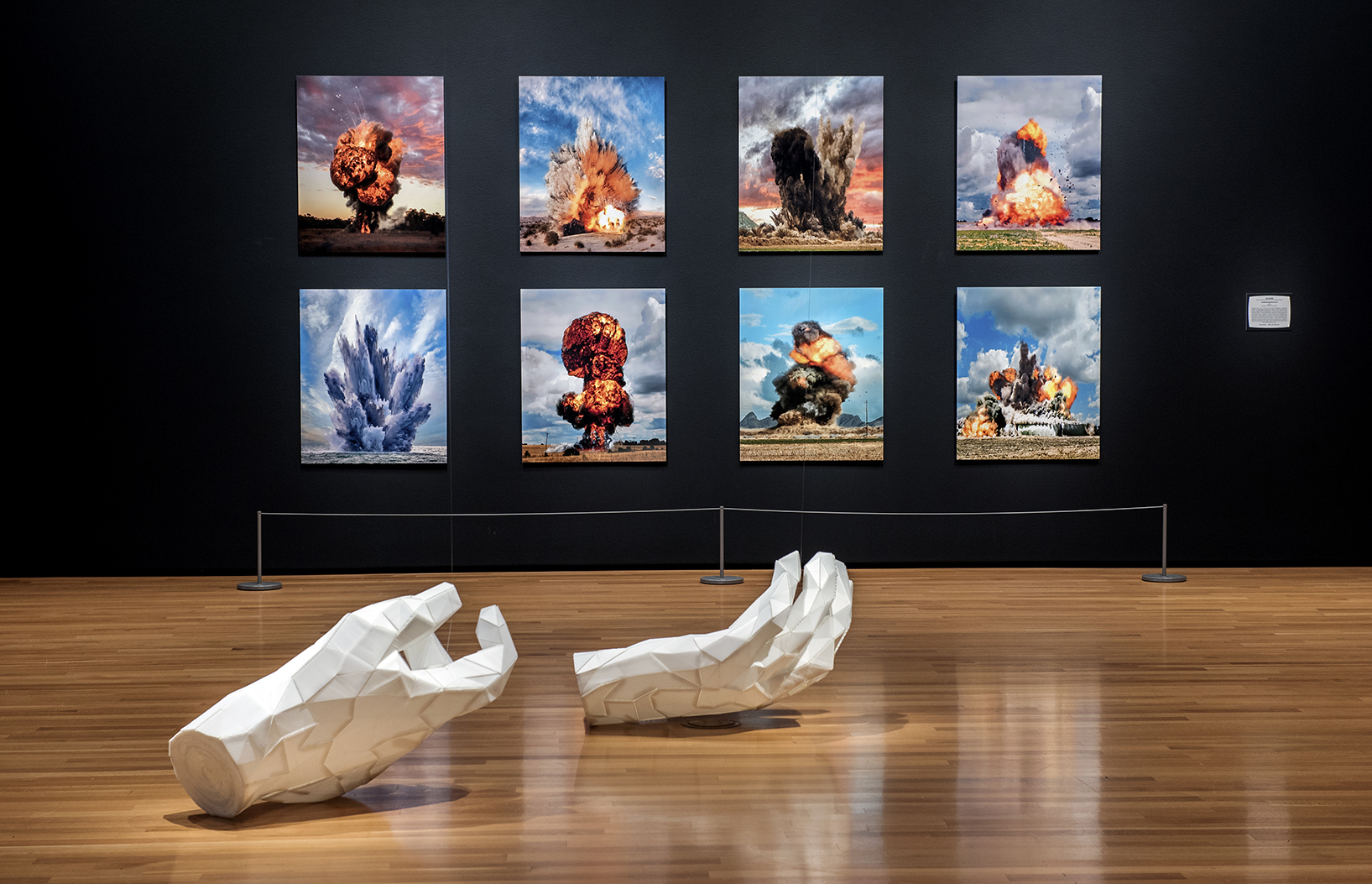 Video games have been prevalent in contemporary culture for decades. Given the sheer number of players (more than 166 million Americans, according to a 2018 Entertainment Software Association survey) and the amount of revenue created ($134.9 billion in 2018), video games exert a huge impact on contemporary life.

Visual artists are gamers too —as immersed in video game culture as anyone else — yet video games have rarely been examined as a major influence on contemporary art. Open World: Video Games & Contemporary Art, opening at Oklahoma Contemporary on Oct. 21, presents the work of artists who use video games as a catalyst for making art that addresses timely issues, including gun violence, migration and gender equality. The artworks in Open World reference a broad cross section of games, ranging from early text adventure and arcade games to more recent releases such as World of Warcraft and Grand Theft Auto.

Like so many creative adults, Oklahoma Contemporary Artistic Director Jeremiah Matthew Davis grew up with video games. He said the maturation of the genre is tied to both the growth in technology and the burgeoning creativity of programmers.

“From niche American pastime to global cultural phenomenon, video games have exploded in technical sophistication and popularity since the first commercially available titles began to reach audiences in the early 1970s,” Davis said. “Similar to cinema, video games represent a fusion of advanced technologies and numerous artistic disciplines, with each game representing a universe unto itself.”

Open World, originally curated by Teresa Bembnister for the Akron Art Museum in 2019, presents the work of 22 national and international artists. The exhibition’s title refers to open-world video games, which allow a player to roam through a virtual world, freely selecting their objectives. 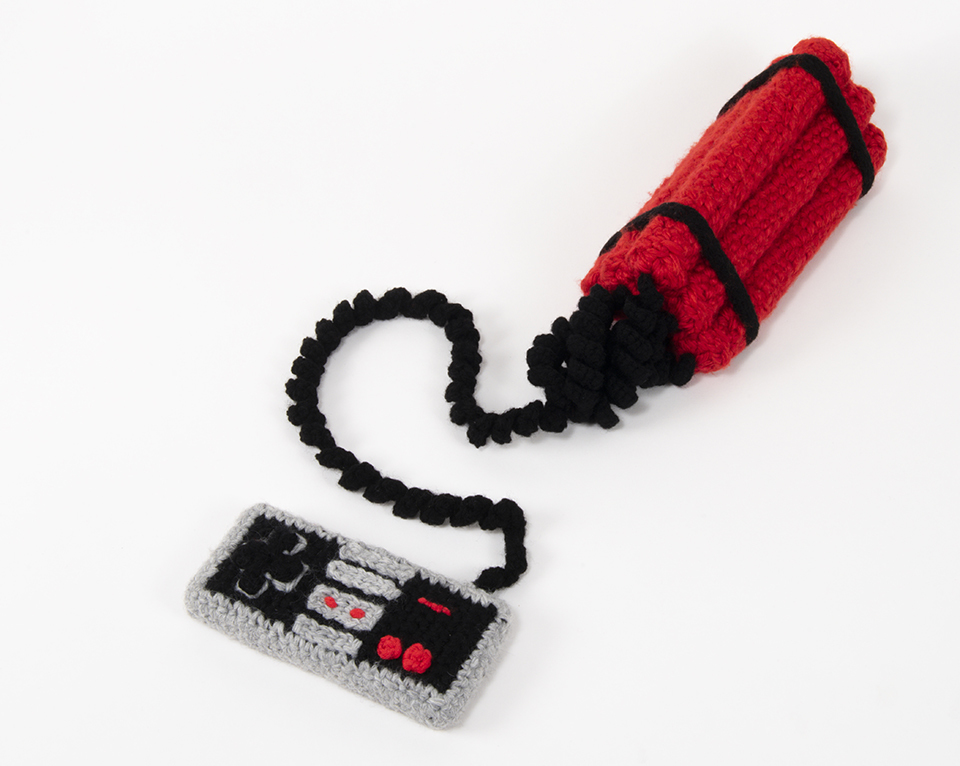 In addition to traditional media, such as painting, drawing and sculpture, the exhibition also highlights textiles, animation, video games, video game modifications and game-based performances and interventions by makers who self-identify as artists. Works range from a disatrous video of the Sims in free will mode and prints and sculptures from ficitional games to game-based commentaries on war, the homeless and commercial culture.

“The artists in Open World reference some of the most beloved video game franchises, including Super Mario Bros., Pokémon and The Legend of Zelda,” Bembnister said. “Their work draws attention to the rich opportunities video games offer for creative expression.”

Like video games themselves, the works collected for Open World address the world outside the screen.

“Although all of the artists in Open World are influenced by video games, the artwork they make is about more than gaming culture,” Bembnister said. “The artists tackle topics crucial to contemporary life, including the role of consumer products in shaping personal identity and technology’s ability to create credible — yet false — imagery. Some use their artwork as a platform to advocate for justice for marginalized people.” 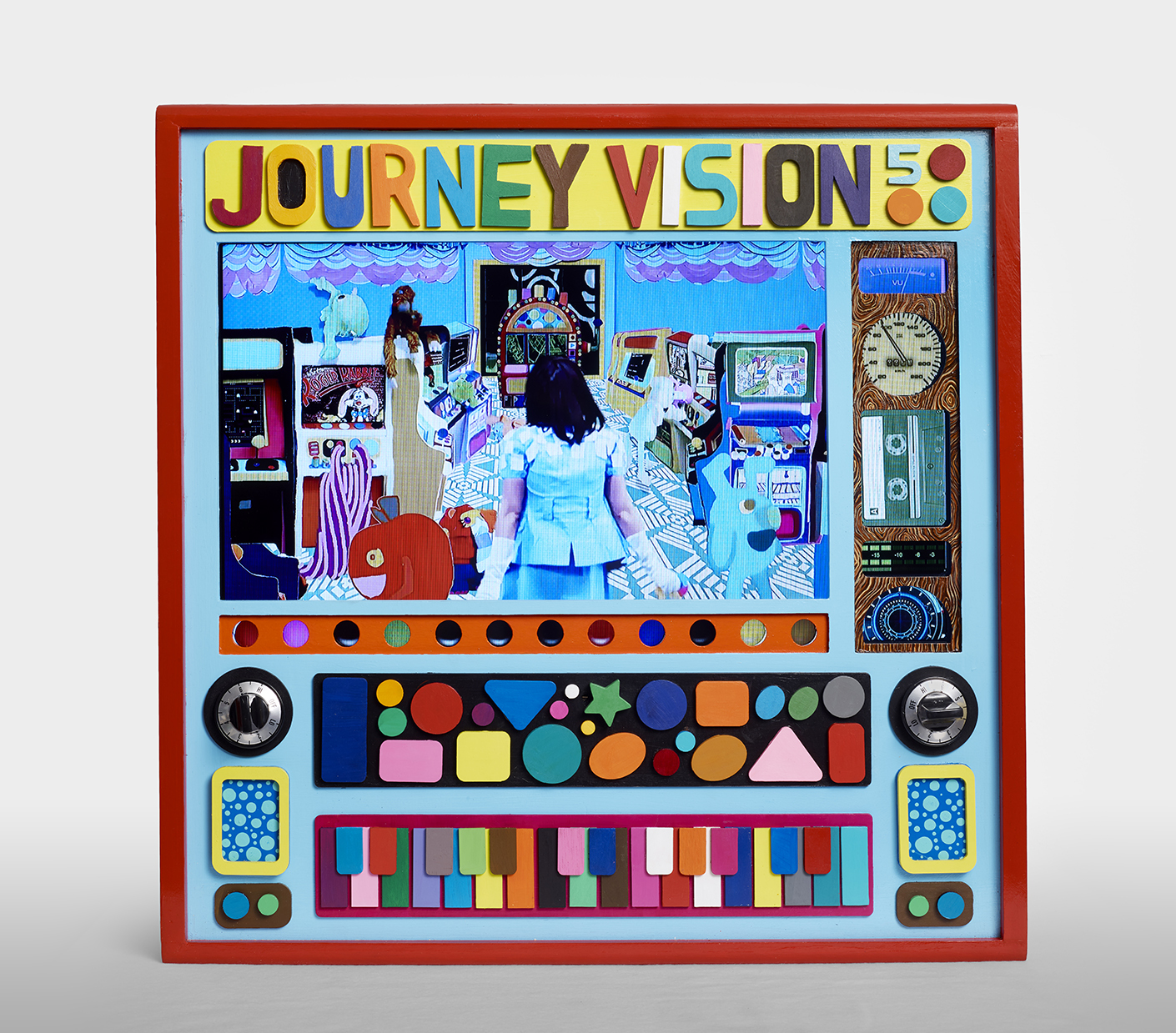 Open World opens at Oklahoma Contemporary with a 21-and-up celebration on Oct. 21, which includes themed drinks, video game-inspired music, hands-on gaming and more. Tickets are $20 for the special event, but, as always, admission to the exhibition is free thereafter. Visitors can reserve timed tickets at okcontemp.org/tickets.

Open World visitors can expect the video game-themed fun to carry throughout the building, from free arcade games in the Creative Lounge and a selfie-spot installation in the lobby to quirky retro and new artist-made products in Shop Contemporary. The hands-on Learning Gallery will feature displays on video-game history, careers, music and how games can change the world. Visitors can also play indie and VR games, make video game-inspired art or collaborate in a large-scale pixel project.

Davis said Open World is unique in recognizing the many ways in which gaming impacts the culture at large.

“In a first for museum exhibitions, Open World explores the manifold ways video game design and production have influenced contemporary visual culture, artistic output and critical inquiry,” he said. “For the initiated, this show is the Konami Code for arts exploration — for the uninitiated, this exhibition offers a Rosetta Stone to appreciate the profound influence video games exert on popular culture.”

Open World is organized by the Akron Art Museum and supported by the John S. and James L. Knight Foundation, Ohio Arts Council, The Tom and Marilyn Merryweather Fund, and National Endowment for the Arts. Oklahoma Contemporary’s exhibition is presented by Velocigo. It is made possible through the generous support of the Carl & Marilynn Thoma Foundation, Delaware Resource Group, Anonymous, CNS Productions, Annie Bohanon, Christian Kanady, George Records, and Glenna and Richard Tanenbaum.

Admission to Oklahoma Contemporary and most programs is free.

A media kit featuring photos of individual Open World works as well as installation shots from Oklahoma Contemporary, as well as a PDF of the release, is at bit.ly/OC-OpenWorld. Interviews can be organized through Lori Brooks (lbrooks@okcontemp.org). Past press releases and information are archived at oklahomacontemporary.org/media.

About Oklahoma Contemporary
At the new, state-of-the-art Oklahoma Contemporary, visitors explore art and creativity through exhibitions, performances and a wide variety of educational programs. At its core, the multidisciplinary contemporary arts organization is an inclusive space. Exhibitions and most programs are free. You are always welcome here.

Developed by and for Oklahomans to present and explore the key innovations, issues and concerns of the art of our time, Oklahoma Contemporary does so while drawing on the dynamic aesthetic, cultural, historical and political landscape of the state.

After providing contemporary art experiences of all kinds for 30 years at the State Fairgrounds, these new, centrally located facilities dramatically increase Oklahoma Contemporary’s capacity to meet growing demand for arts and culture across our city, state and region.