Oklahoma Contemporary Arts Center will mark a huge milestone this week: Friends, supporters, donors and civic leaders will gather at 5:30 p.m. Wednesday for groundbreaking on its new arts campus at NW 11th and Broadway.

Oklahoma Contemporary has been working toward the move since 2011, when a study found the arts organization could better serve the city and state if located closer to other Oklahoma City attractions, major workplaces and residential areas. The center has raised nearly 75 percent of the funds for Folding Light, the 53,916-square-foot building at the center of the campus, and 60 percent of the $26 million needed for the entire project.

Oklahoma City native and honorary Capital Campaign chair Ed Ruscha, one of the world’s most-noted contemporary artists, says the new campus “will be instrumental in encouraging, developing and understanding contemporary art in Oklahoma.

Click the link below to find the media kit, including high-resolution renderings, video interviews with community leaders and programming photos, at bit.ly/OCgroundbreakingmedia. (Sept. 26, 2016) 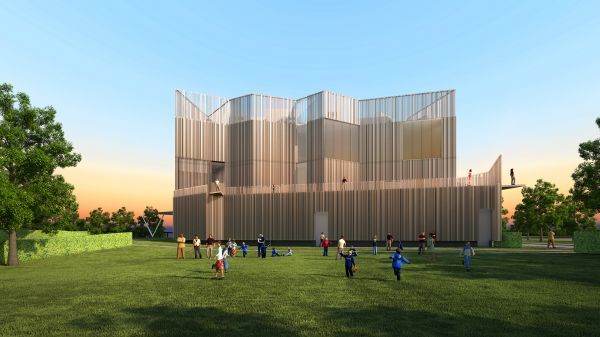