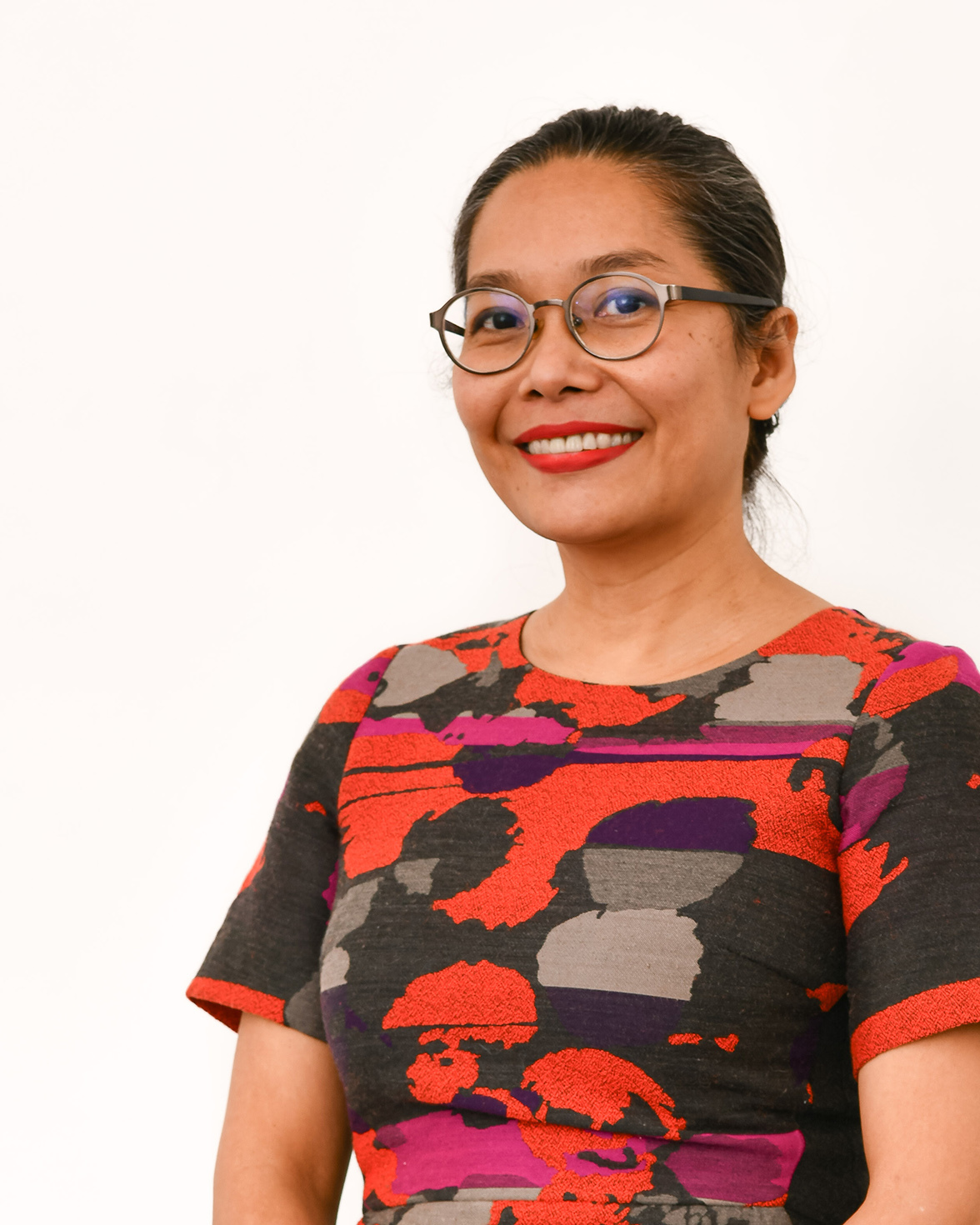 Carina Evangelista brings to Oklahoma Contemporary 28 years of curatorial, education and publishing experience in the U.S. and the Philippines. She is the editor of the Chuck Close Catalogue Raisonné at Artifex Press (New York). She has worked on permanent collection exhibitions, retrospectives and Projects shows at the Museum of Modern Art (New York) and exhibitions for emerging and mid-career artists at the Delaware Contemporary (Wilmington). Her most recent curatorial project, in 2020, was the installation of Sol LeWitt wall drawings at Art Fair Philippines for which she produced the choral performance of Caroline Shaw's LeWitt-inspired Partita for Eight Voices and commissioned original choreography by Paul Morales.

She has given art talks in New York, Delaware, Oregon, Paris and Manila. A 2004-2005 Asian Cultural Council fellowship led to her sustained involvement as a writer, curator and lecturer in the Philippines. In 2015, a rock opera for which she wrote the libretto was staged by Ballet Philippines. In 2017, she organized Counterfeit Monochromes at MO_Space, tackling the political and psychosocial underpinnings of Philippine conceptualism. She began exhibiting as a visual artist in 2017 and was featured in the 2018 Manila biennale.

Carina majored in humanities at the University of the Philippines and did her graduate studies in art history at City College, City University of New York. Born in Manila among the "Martial Law Babies" who grew up under a repressive dictatorship, her faith abides in the power of freedom in creative expression and in the conviction that the arts are not merely formalist celebrations. What might wax lyrical or radical in contemporary art speaks to what warrants being understood or transformed. Working now toward becoming part of the cultural vein in the American heartland is part of her own transformation.