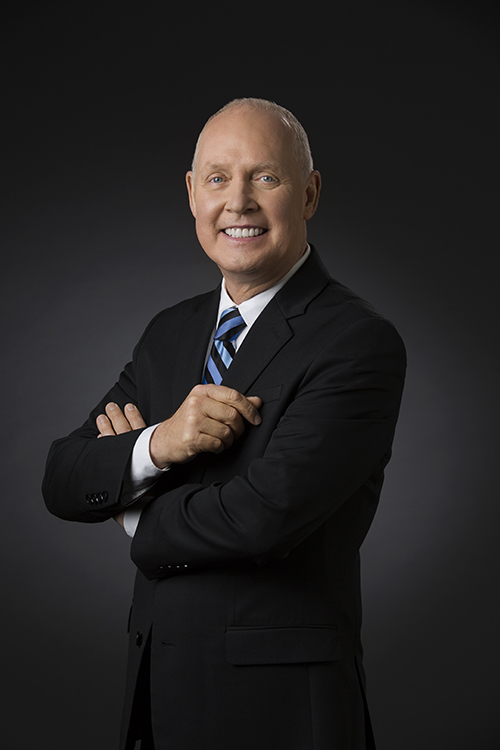 Using expertise gained in 30 years at the Oklahoma City Philharmonic Orchestra, Eddie will guide Oklahoma Contemporary to its new location at NW 11th and Broadway.

Eddie was named executive director of the Philharmonic in 1999. In this role, he supported and directed the institutional vision of the Orchestra in partnership with the board of directors, the music director, a professional full-time staff of 16 and 300+ volunteers.

Accomplishments at the Philharmonic include planning and executing a $9 million endowment campaign and the successful relocation from and return to the renovated Civic Center Music Hall. With the Oklahoma City Orchestra League, he oversaw the revitalization of the Orchestra’s education programs. 2017-18 marked the Philharmonic’s 20th consecutive season with a budget surplus.

He joined the Philharmonic staff in 1989 and served in operations and as general manager before becoming executive director. Eddie has also worked as adjunct faculty at the Ann Lacy School of Dance and Arts Management at Oklahoma City University, where he taught undergraduate and graduate management courses in music and entertainment disciplines.

Eddie has a Bachelor of Music degree in piano pedagogy from the University of Oklahoma and has completed coursework in fundraising and arts strategies at Indiana University and the Stanford Graduate School of Business. In 2019, Eddie was recognized with the OU Regents' Alumni Award and was inducted into the Maestro's Circle by the Oklahoma City Philharmonic and Orchestra League. He serves on the boards of Automobile Alley, the OU College of Fine Arts Board of Visitors and the Leadership OKC Alumni Association (Class XXI) and is a member of Rotary Club 29. He is a proud husband and father of sons Campbell and Samuel.