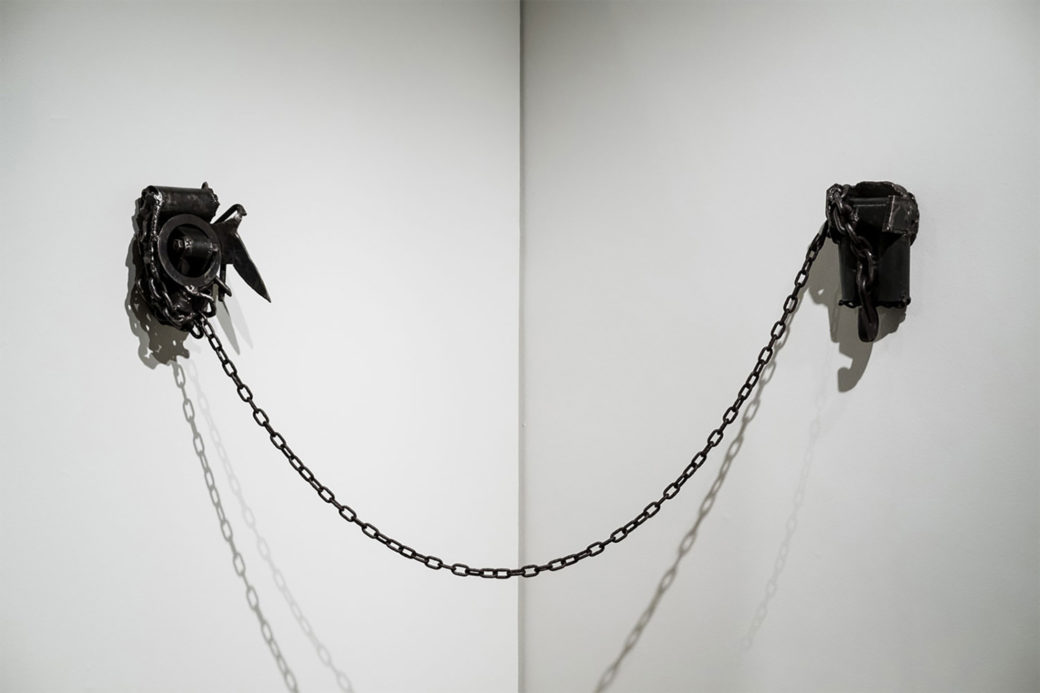 Melvin Edwards in his studio. 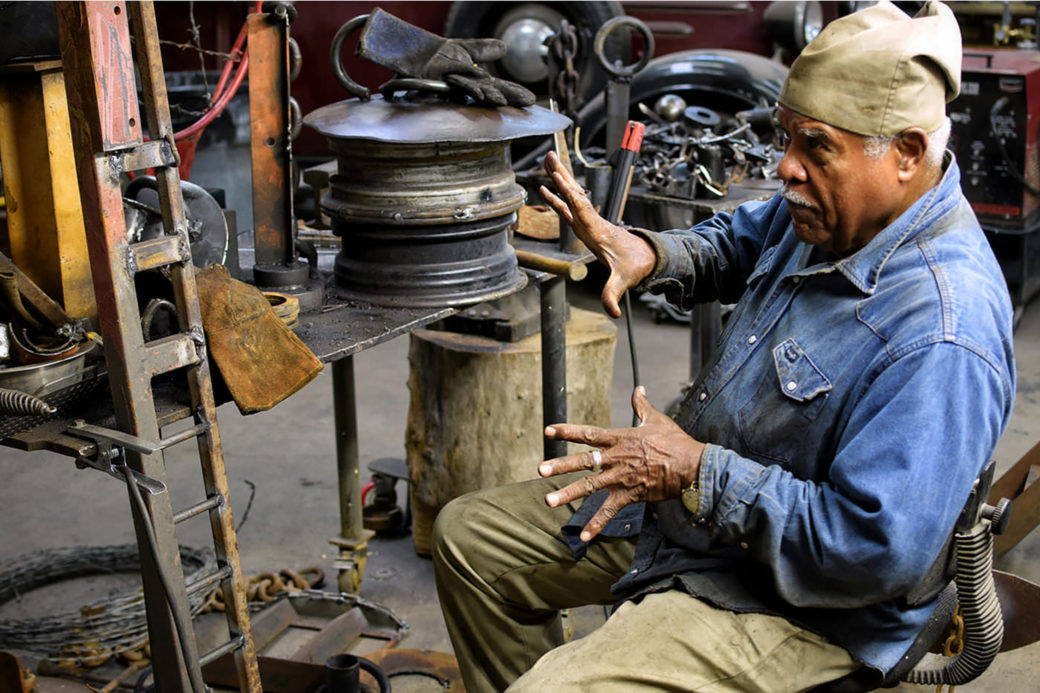 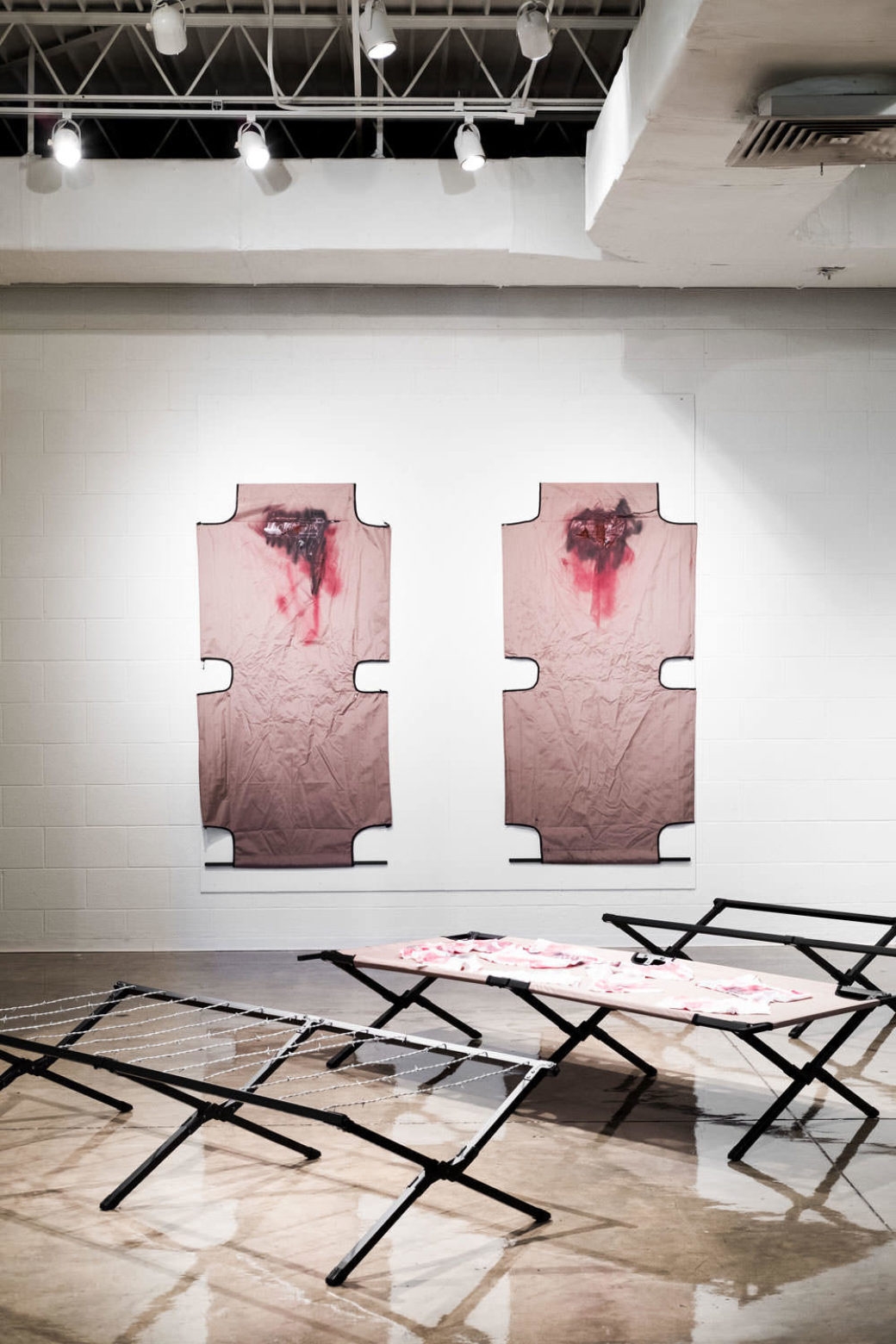 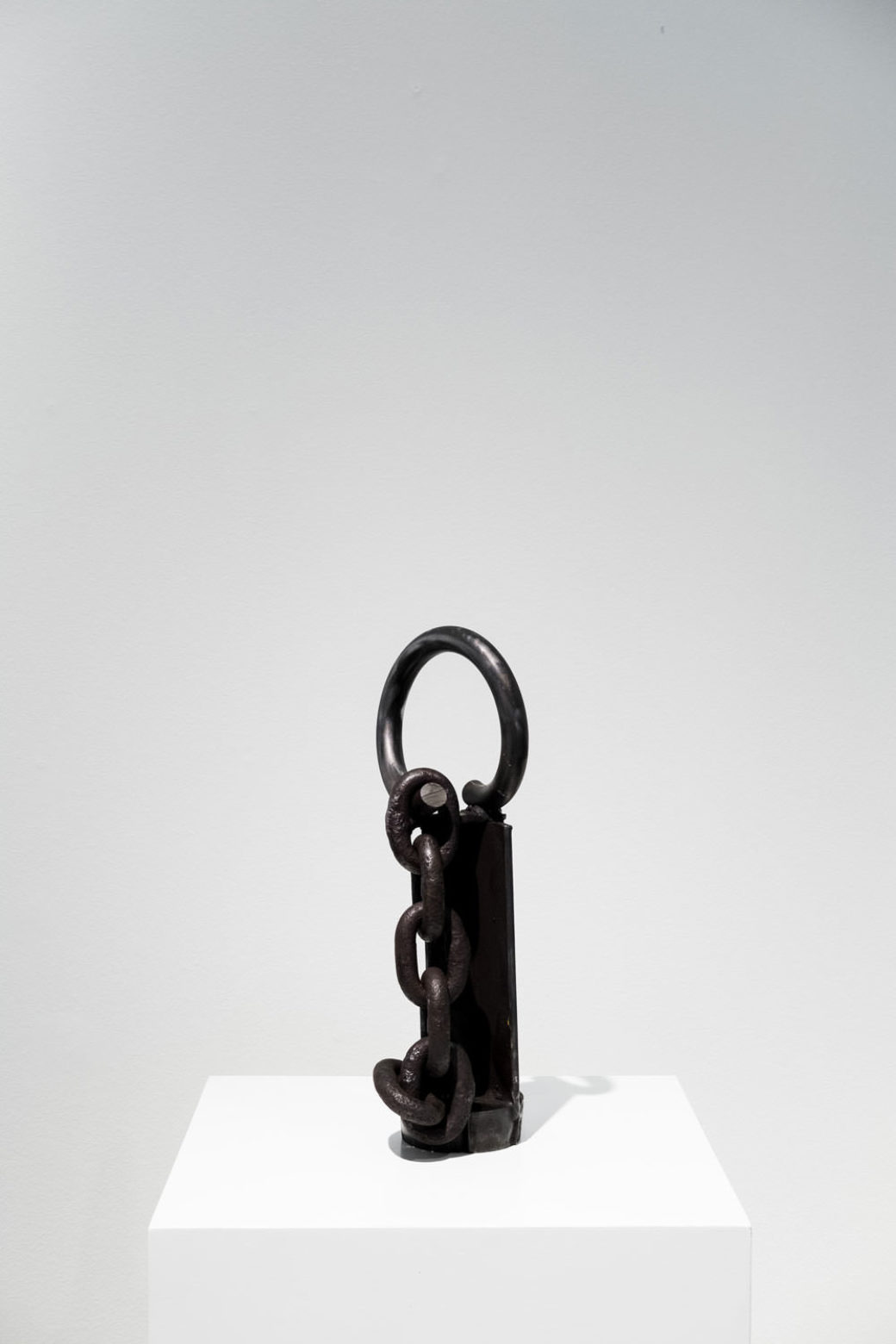 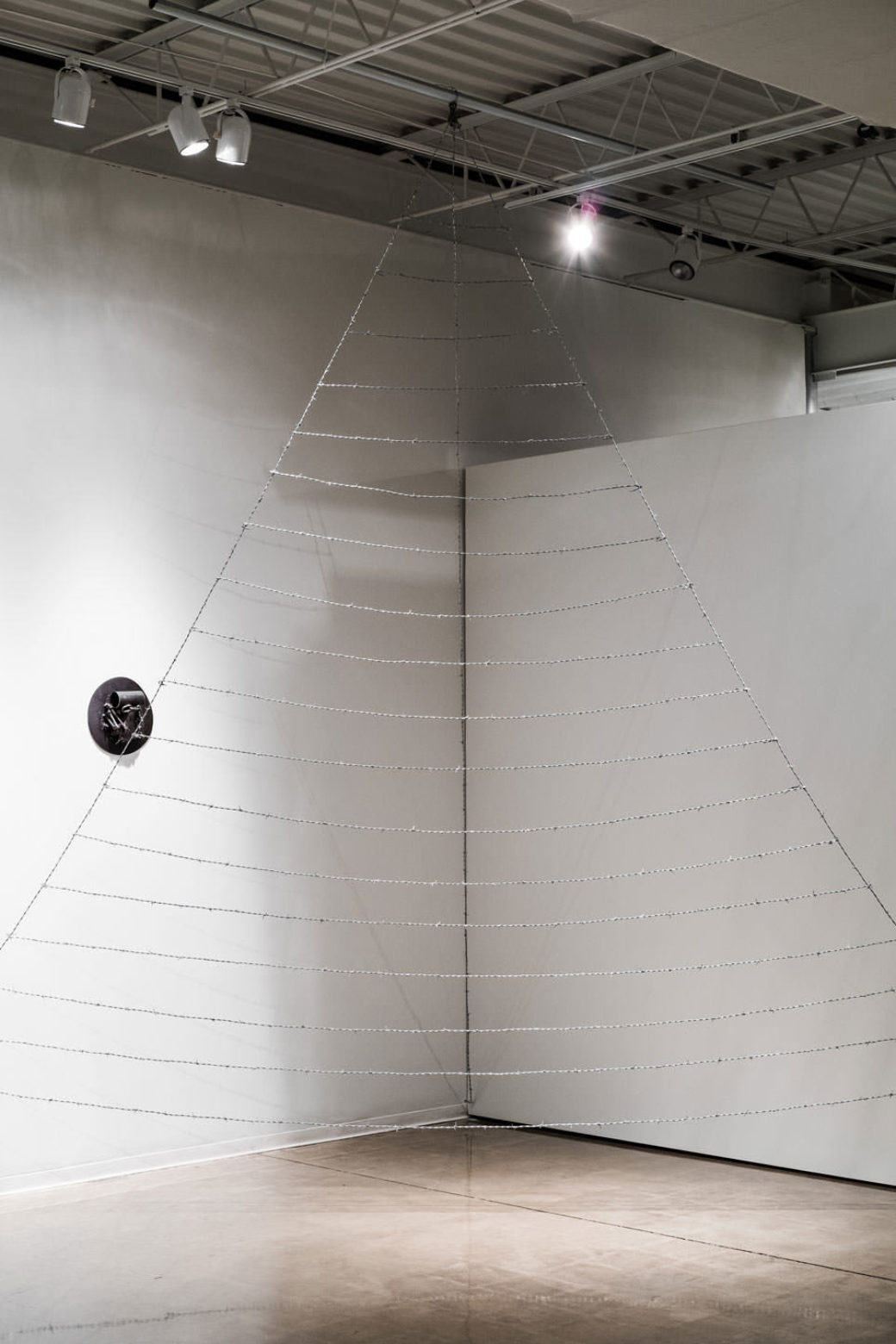 Oklahoma Contemporary was thrilled to welcome Melvin Edwards, an internationally recognized sculptor, back to Oklahoma with his first solo exhibition in the state in the last 25 years.

Edwards is known for his creation of powerful abstract sculptures from common materials, including scrap iron and barbed wire. This exhibition presented an unprecedented opportunity: More than half of the works were created just for Oklahoma Contemporary from materials he gathered locally. These new pieces were displayed together with a group of works that he produced over the past 20 years.

Over the past 50 years, Edwards’ work has been complex and multilayered. His welded sculptures are abstract, though his materials and the titles move the works into the realm of the narrative. Originally from Houston, Edwards emerged onto the art scene in Los Angeles in the early 1960s. He became well known for his Lynch Fragments series, begun in 1963 and continuing through today, in which objects such as chains, tools and steel scraps are welded into compact, evocative forms. In 1970, he became the first African American sculptor to have a solo exhibition at the Whitney Museum of American Art. That exhibition showed, like Lynch Fragments, his interest in working within and against the boundaries of abstraction and minimalism, using materials with immense cultural and personal resonance, particularly in the context of the African-American experience.

In conjunction with the Melvin Edwards exhibition, Oklahoma Contemporary organized a special series of events that took place in the galleries, in dialog with his artwork. Highlighting Edwards’ longstanding interest in jazz music, jazz performances were scheduled throughout the exhibition, including at the opening on Oct. 20, 2016. Freedom Visible, a Nov. 3, 2016 event held with the Ralph Ellison Foundation, included music, dance and poetry — Edwards’ late wife Jayne Cortez was a celebrated poet. More details here.

Rediscovering Someone Recognized, from the New York Times: nyti.ms/1QccbQt 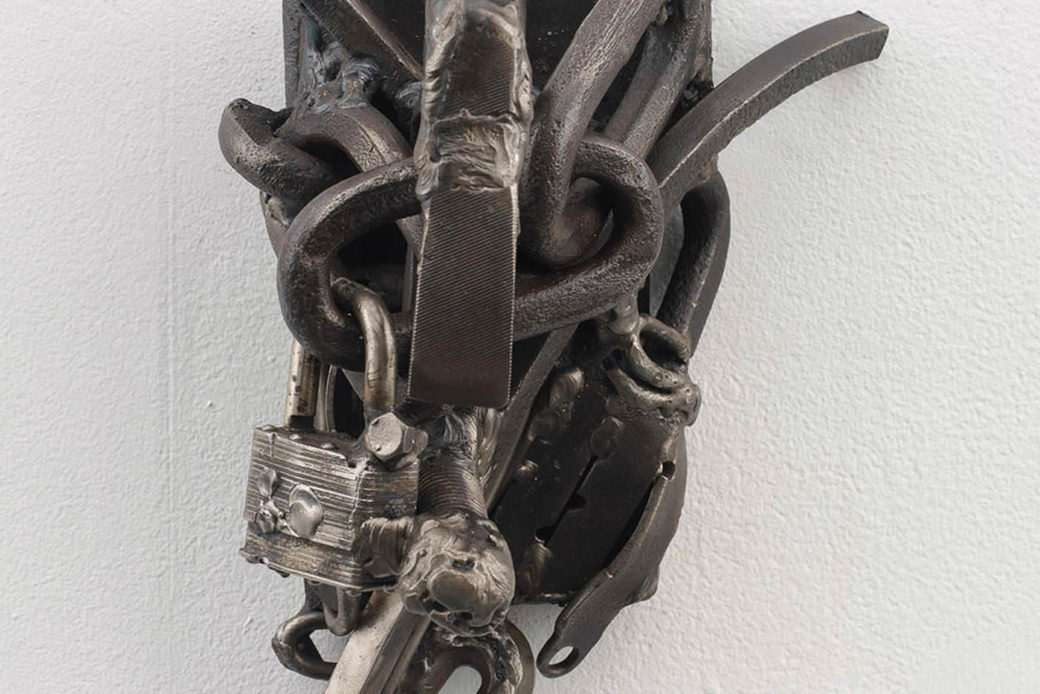 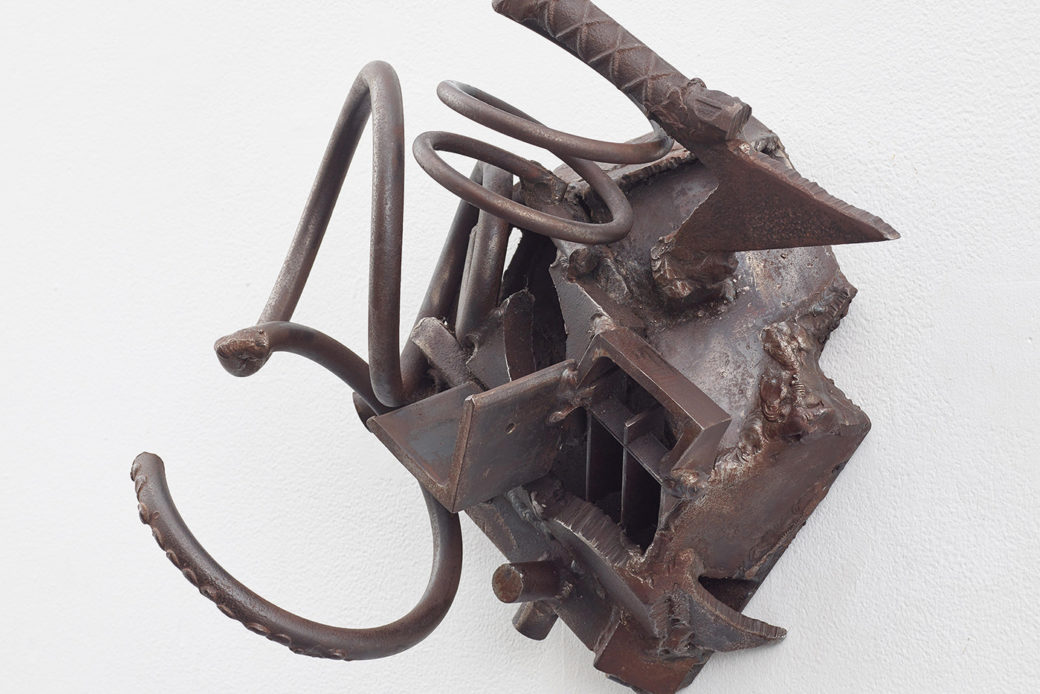 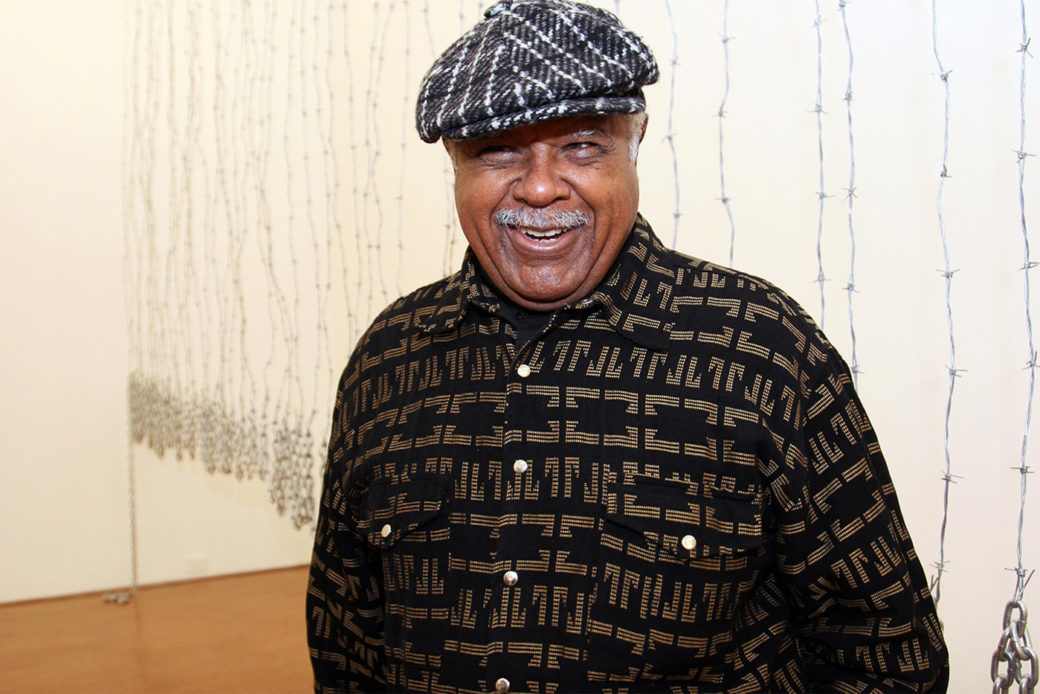 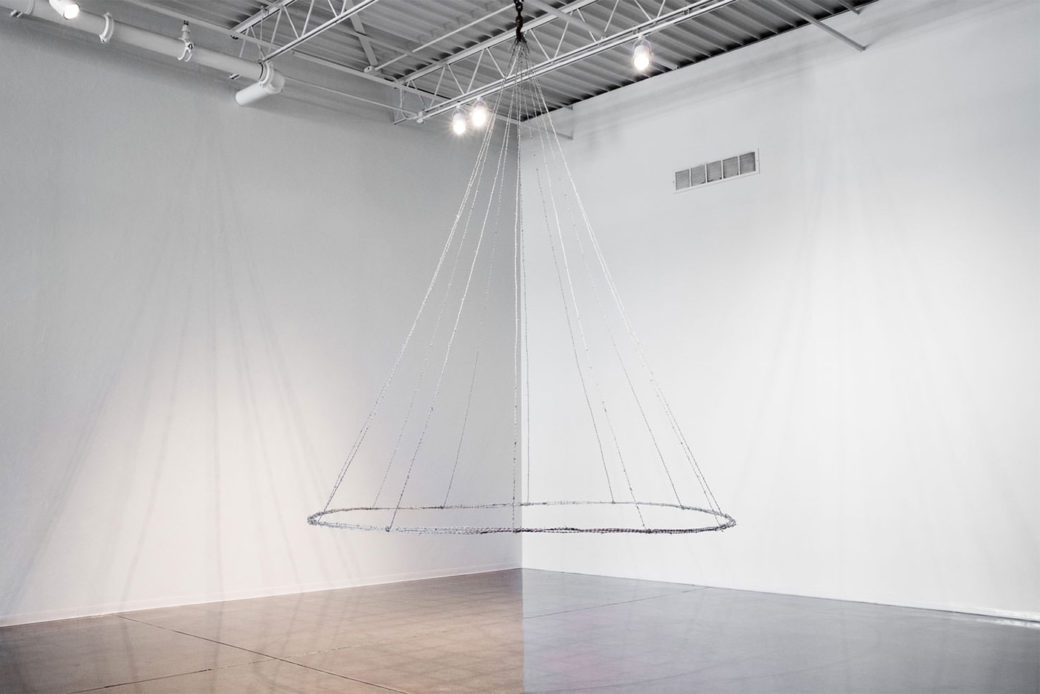 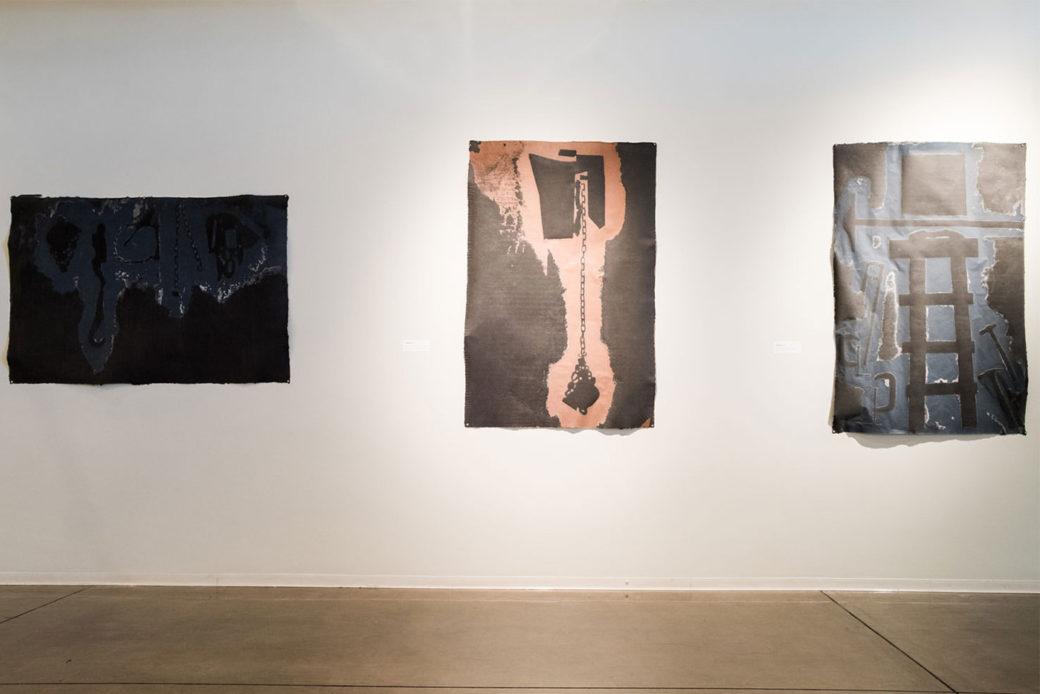 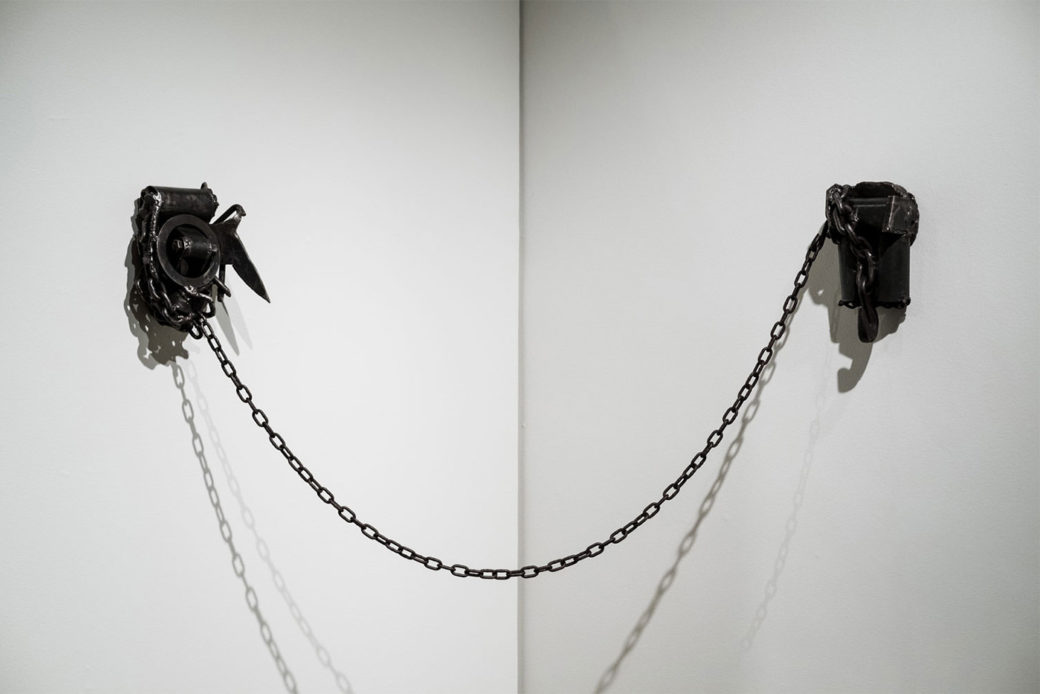 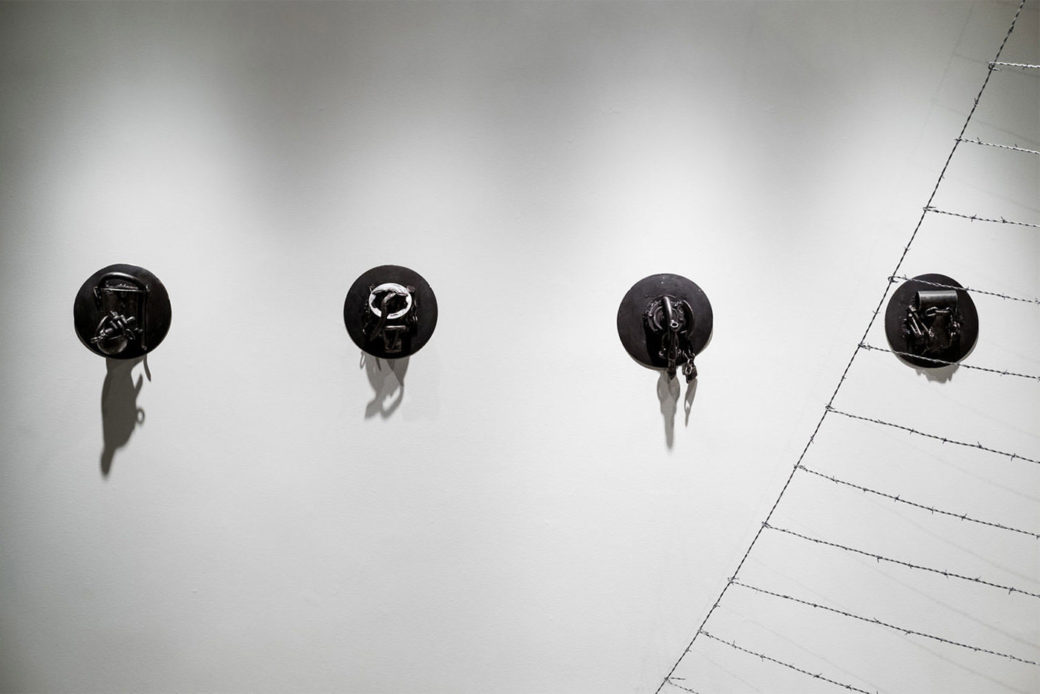 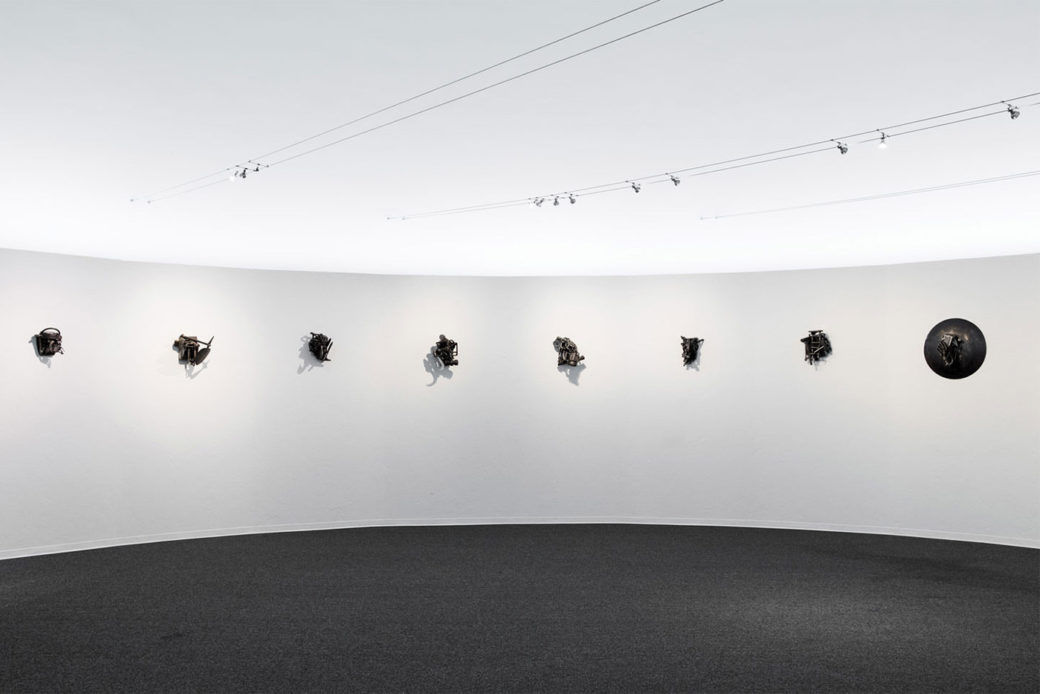