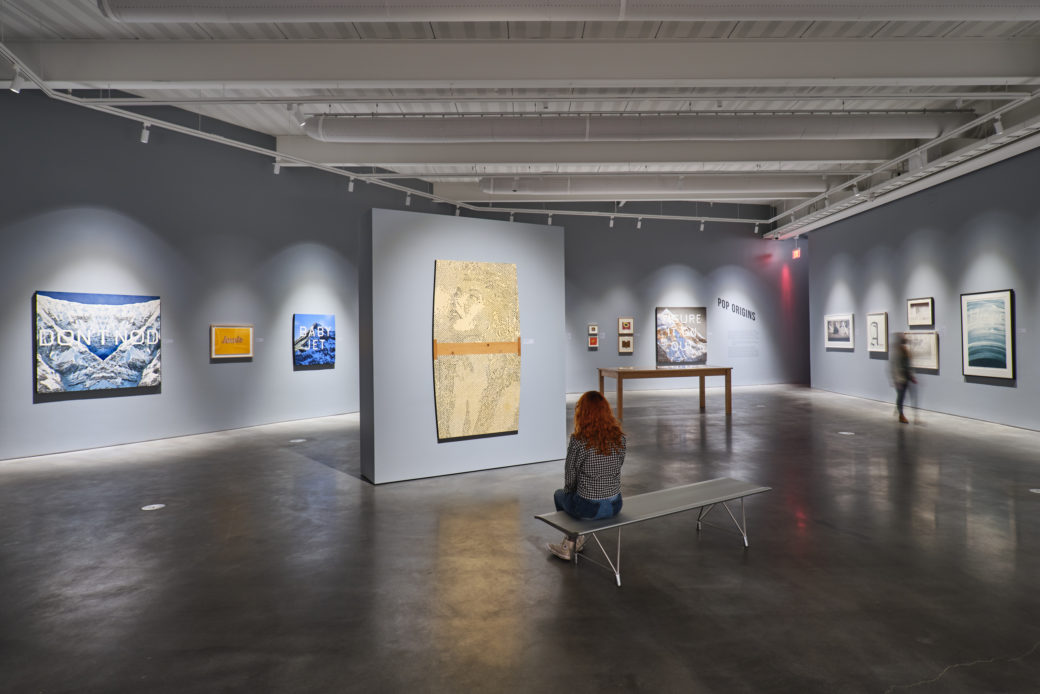 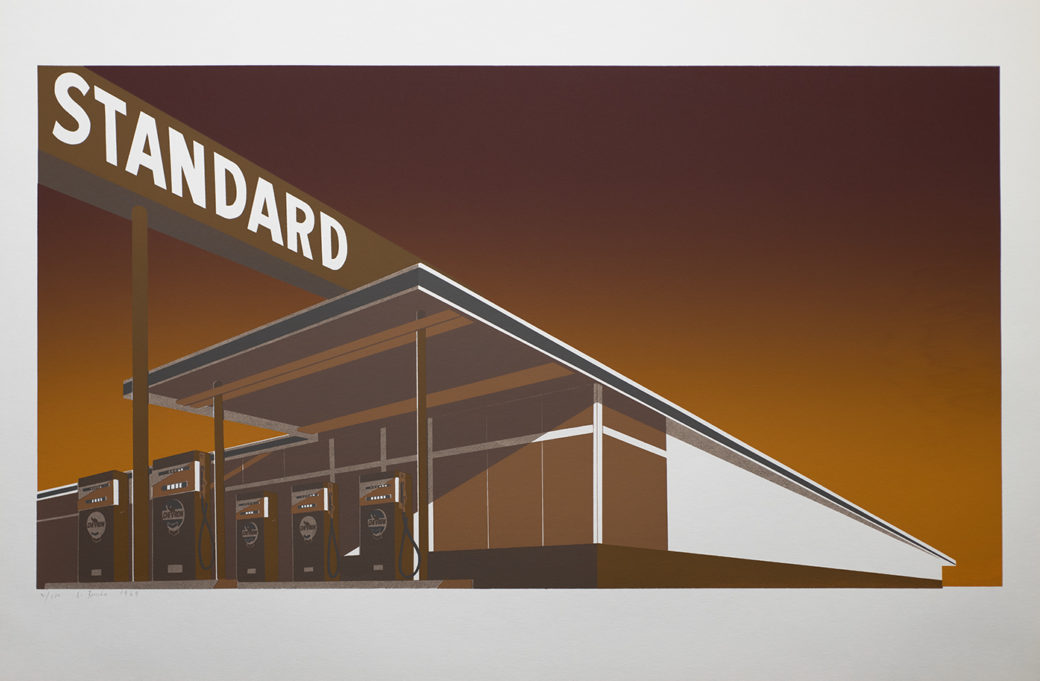 Ed Ruscha, Figure It On Out 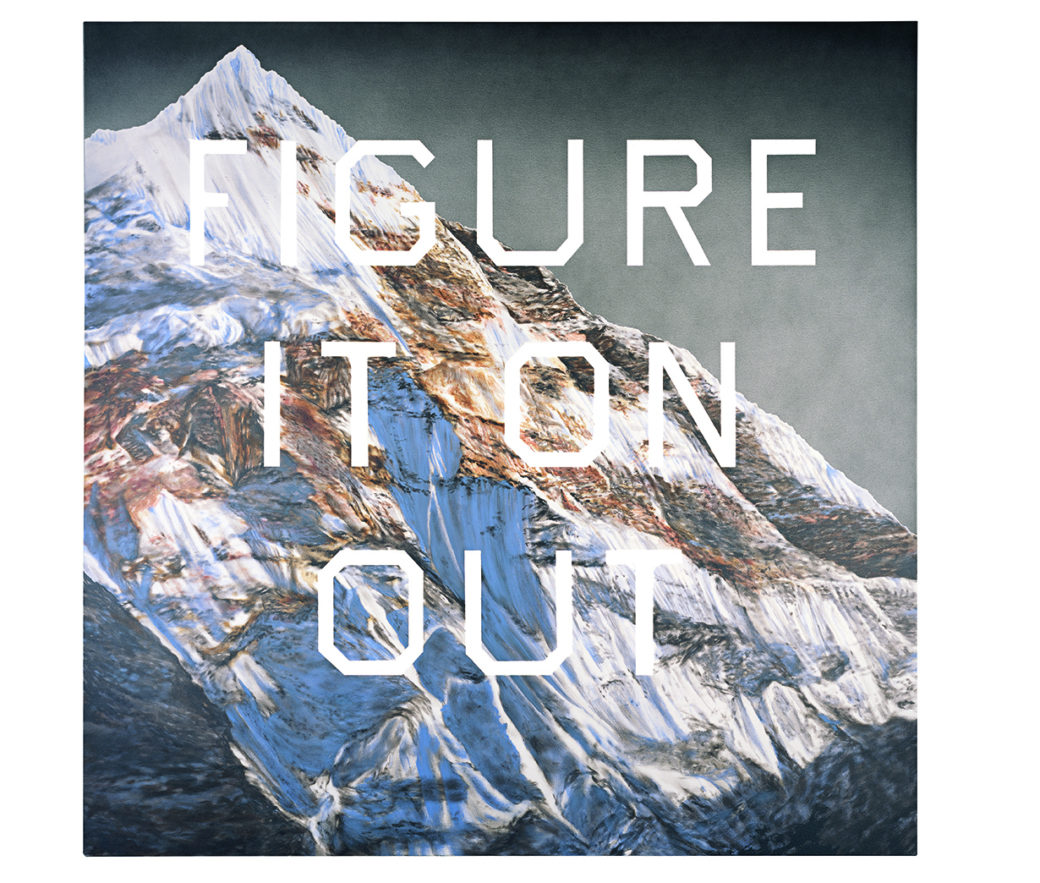 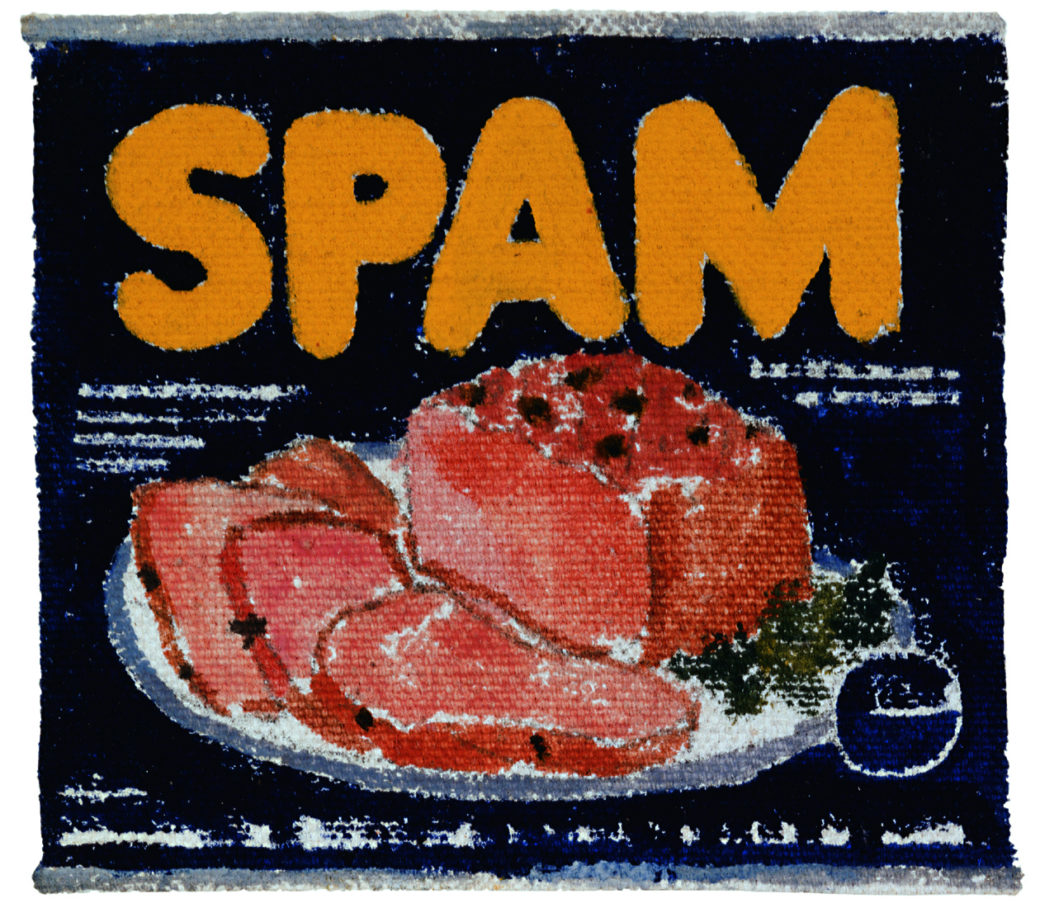 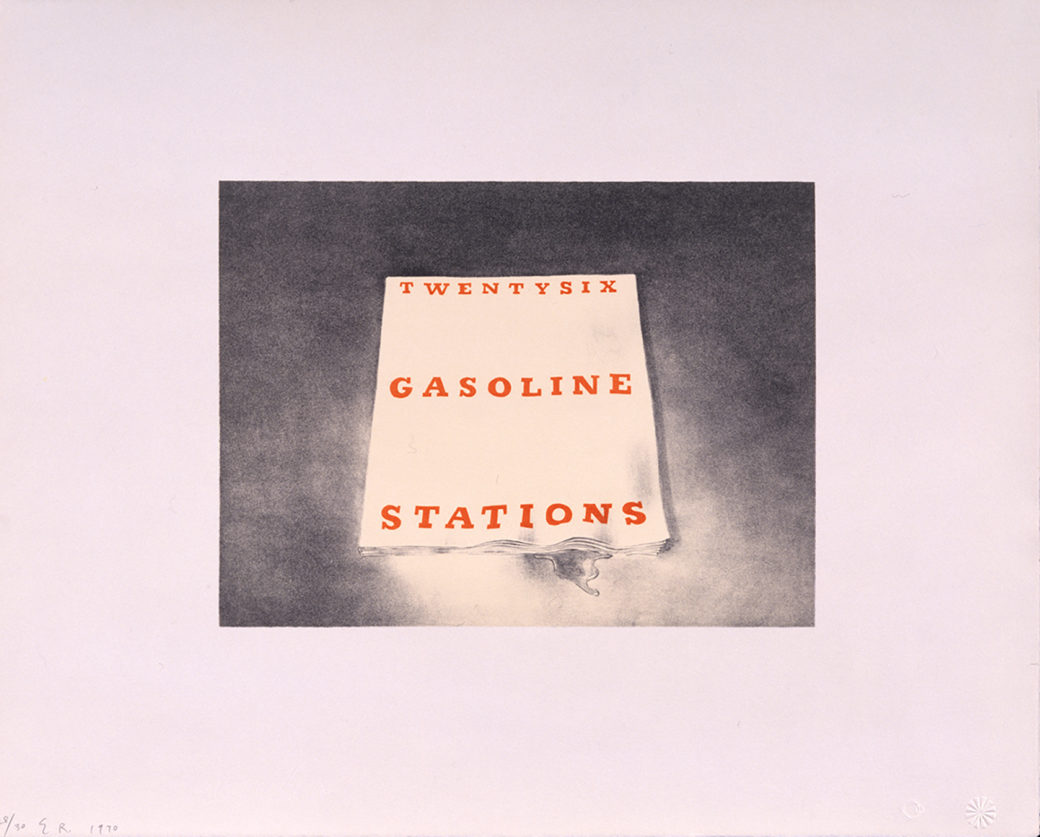 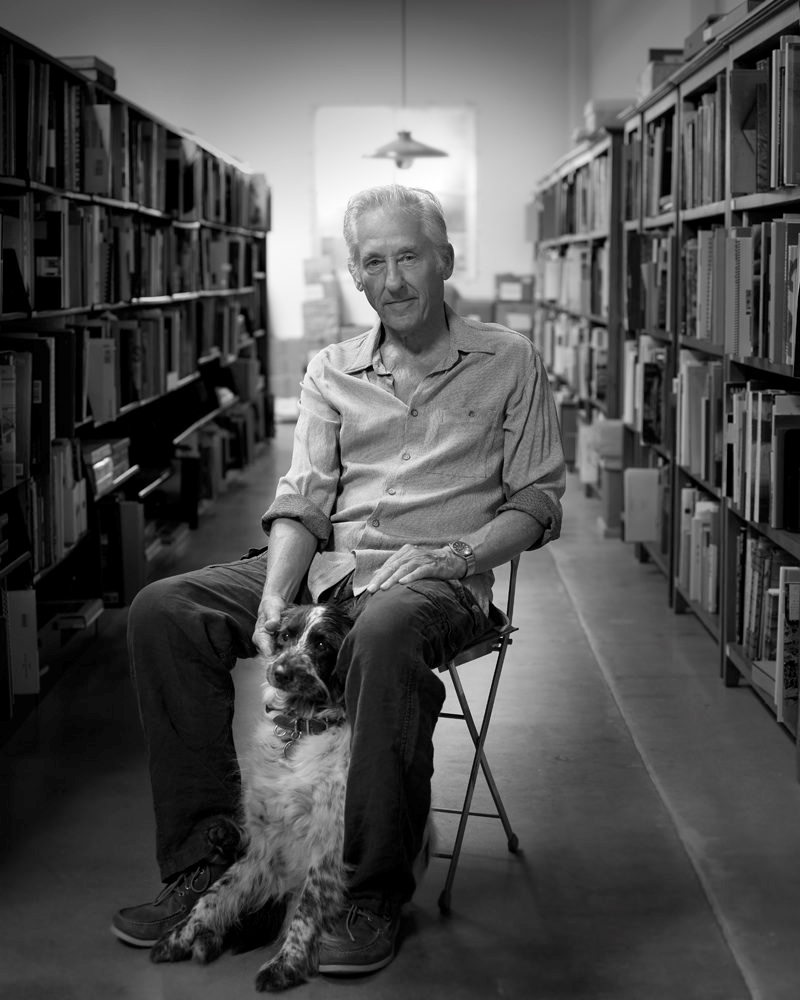 Photo of Ed Ruscha by Grant Delvin for Interview Magazine

Watch a video tour or a conversation with Ruscha

Iconic American artist Ed Ruscha has, over the past six decades, produced a diverse and highly influential body of work encompassing paintings, drawings, prints, books, photographs and films. The Western United States is a primary subject for his work, from his frequent evocations of the Los Angeles urban landscape to his meditations on the open road. Lore has likewise developed about his life, from his having heeded the call to “Go West, young man,” moving to California in the 1950s, to his current status as the unofficial artist laureate of Los Angeles. Yet such narratives overlook a crucial fact of Ruscha’s biography: that he went West to L.A. from someplace else, and that place was Oklahoma City, where he grew up. Ruscha’s Los Angeles is not that of a native Angeleno but of a transplant, an observer of the city who, even after all these years, retains traces of the outsider looking in. Ruscha’s Oklahoma is his place of origin.

Ed Ruscha: OKLA was the first exhibition to focus on the artist’s Oklahoma roots — his family, his upbringing and his discovery of his calling as an artist. It was also, remarkably, his first solo museum exhibition in his home state. Ruscha lived in Oklahoma City from the ages of 5 to 18: the formative years of both his life and his artistic sensibility. His Midwestern childhood had a profound impact on his art, which the exhibition explored through 74 works from all phases of his career, organized into five interrelated thematic sections:

The exhibition was co-curated by Alexandra Schwartz, a New York-based independent curator who has written extensively about Ruscha's work, and Oklahoma Contemporary in close coordination with the artist and his studio.

Through engaging displays and iPad interaction stations, visitors to our Learning Gallery discovered the importance of travel and our city to Ruscha. Hands-on art stations allowed visitors to explore his most celebrated art forms -- word paintings and artist’s books. Guests could also use the library, which included a curated selection of books and videos for all ages about themes from the exhibition.