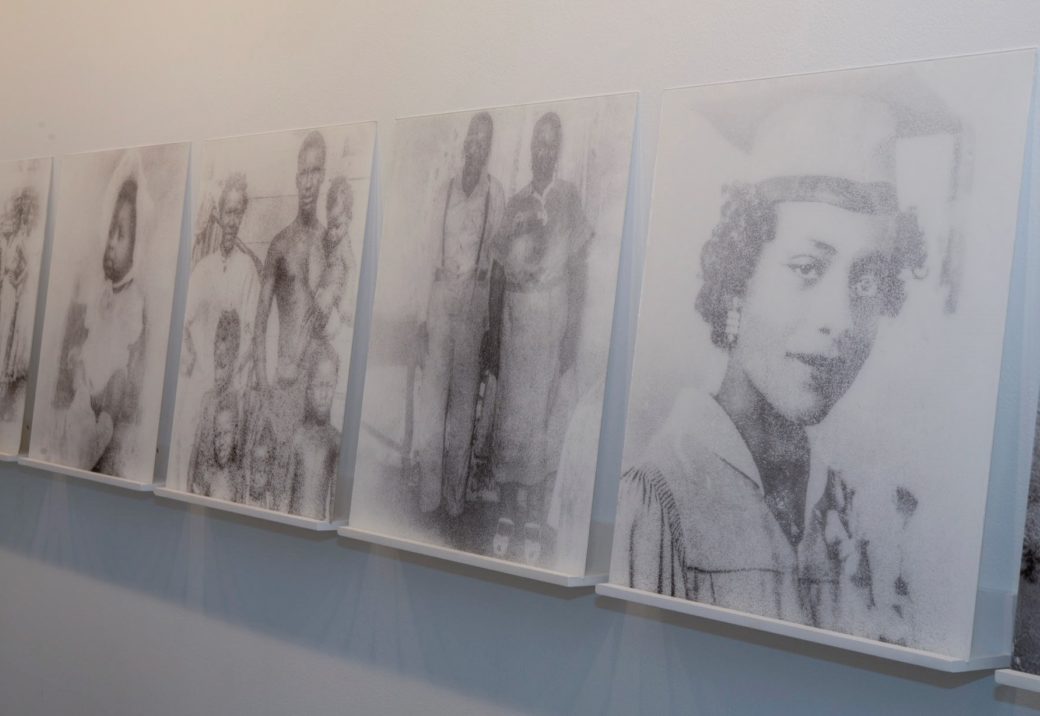 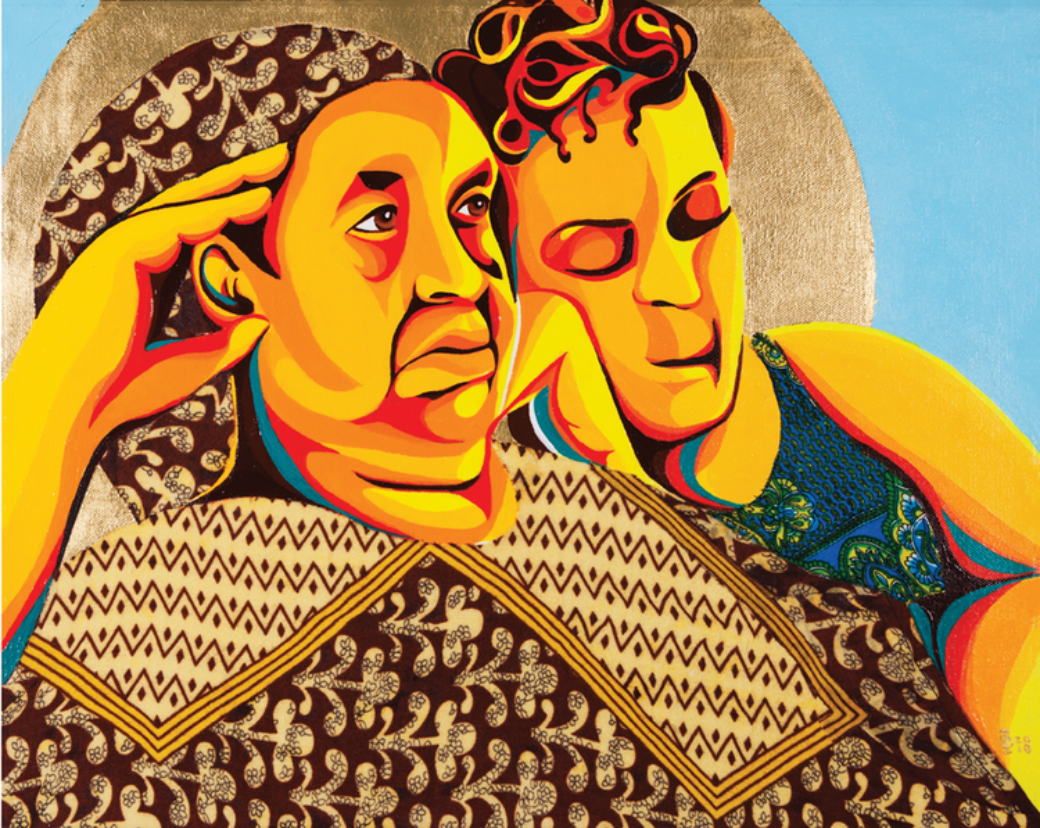 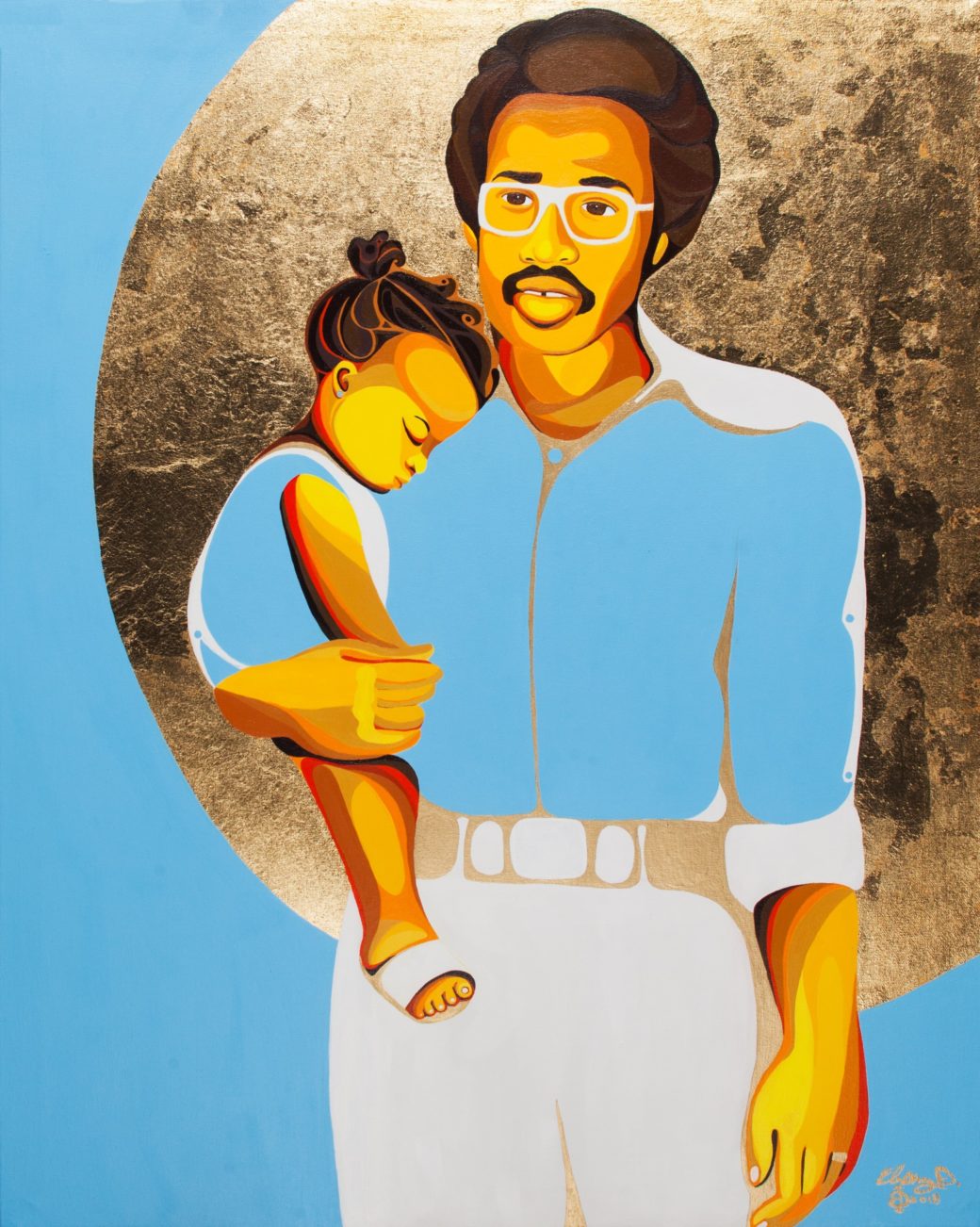 We Believed in the Sun 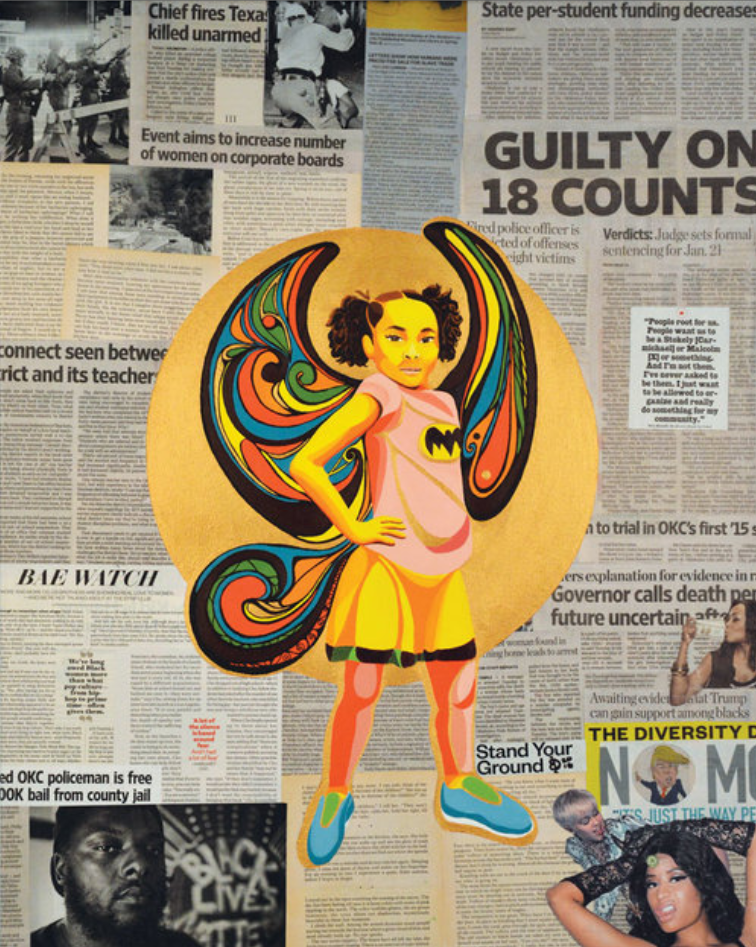 ﻿﻿Ebony Iman Dallas, I Define Me

We Believed in the Sun

We Believed in the Sun paired Ron Tarver, an Oklahoma born, nationally recognized artist and recent awardee of the 2021 Guggenheim Fellowship in photography, with Ebony Iman Dallas, an emerging artist based in Oklahoma City. The exhibition drew on Tarver’s and Dallas’ respective deep familial roots in the state, which have provided them with the critical intimacy to artistically explore both public and private perspectives on Black Oklahomans’ intergenerational struggle for equal opportunity and protection under the law.

Dallas articulated personal histories through bold, colorful, multimedia works, while Tarver produced layered compositions with photographs that incorporate images taken by his father from the 1940s to the 1950s in Fort Gibson, Okla. Together, these works considered family and community as sources of hope and strength, as well as sites of refuge, mourning and possibility.

The exhibition title comes from a quote by Civil Rights icon Clara Luper: 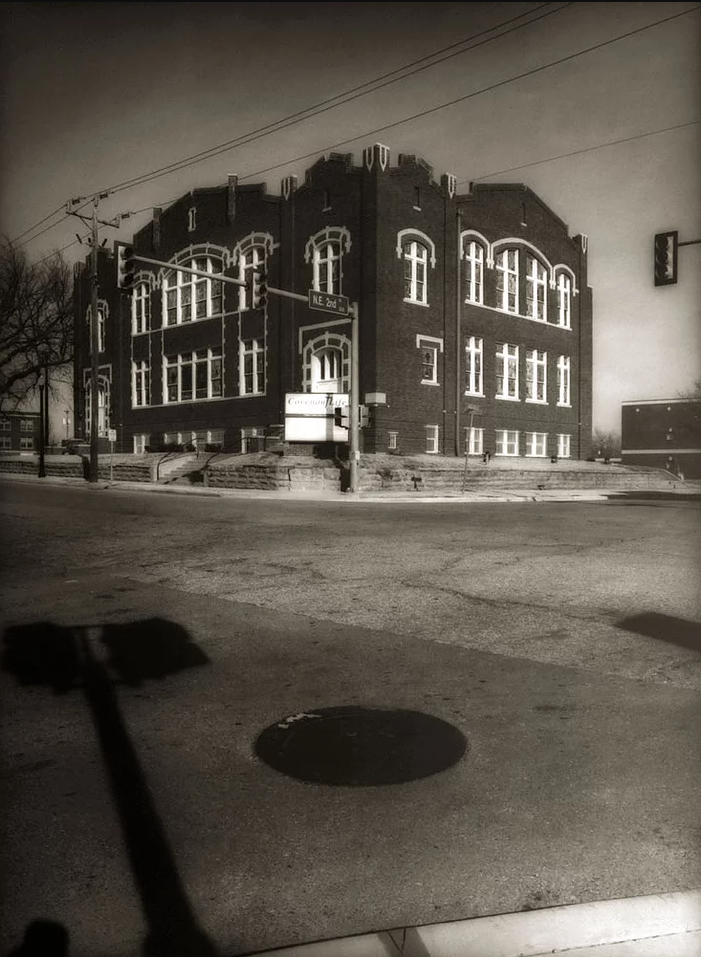 We Believed in the Sun complemented the statewide activities commemorating the 1921 Tulsa Race Massacre, extending the conversation and recognizing communities rooted in Oklahoma as important strands within the historical lineage of racial justice from one generation to the next. The exhibition combined the artistic sensibilities of Dallas and Tarver with input from community leaders who continue to cultivate public engagement with, and serve as custodians of, the archival materials and oral histories surrounding these legacies. We Believed in the Sun illuminated overlooked aspects of the larger history of Black Oklahomans that resonate with present-day African-American communities in the state.

We Believed in the Sun underscored our commitment to activating the Mary LeFlore Clements Oklahoma Gallery by providing a platform for the work of Oklahoma-connected artists in powerful companion shows to exhibitions in the Eleanor Kirkpatrick Main Gallery. The time period for images taken by Tarver’s father coincides with the period of Ruscha's upbringing in Oklahoma City, explored in Ed Ruscha: OKLA. Tarver’s and Dallas’ works were also be in conversation with Crystal Z Campbell’s artist-in-residence installation, Flight, a multimedia presentation that explored the physical, architectural and cultural residues of the 1921 Tulsa Race Massacre. We Believed in the Sun rendered visible the historical arc of the complex lived experiences of Black Oklahomans.

We Believed in the Sun was co-curated by Christina Beatty, formelry Oklahoma Contemporary’s manager of public programs and community engagement and current project coordinator for the historic Freedom Center, and Pablo Barrera, associate curator, in consultation with advisory group members from the Freedom Center & Clara Luper Center for Civil Rights and the Oklahoma Historical Society.

Born in Ft. Gibson, Ron Tarver serves as associate professor of art specializing in photography at Swarthmore College. Tarver previously spent 32 years as a photojournalist at the Philadelphia Inquirer, where he shares a 2012 Pulitzer Prize for his work on a series documenting school violence in the Philadelphia public school system. In the field of fine art photography, Tarver previously received a prestigious Pew Fellowship in the Arts in addition to the recent Guggenheim Fellowship. His work has been exhibited nationally and internationally in over 30 solo and 50 group exhibitions and is included in many private, corporate and museum collections, including the Philadelphia Museum of Art, the State Museum of Pennsylvania in Harrisburg, Oklahoma Museum of History, Studio Museum in Harlem and the National Museum of American Art in Washington, D.C.

Ebony Iman Dallas is a fifth-generation Oklahoman and second-generation Somali-American. A multimedia artist, arts educator and writer, Dallas was featured in the Romare Bearden Centennial Celebration in 2011. She is currently a participating artist in the City of Tulsa’s Greenwood Art Project commemorating the centennial anniversary of the 1921 Tulsa Race Massacre. Dallas’ work has been exhibited extensively in group and solo exhibitions and can be found in private collections in Namibia, Somaliland, the United Kingdom and the United States. As an extension of her MFA thesis "Painted Bridges," Dallas founded Afrikanation Artists Organization, based in Hargeisa, Somaliland and Oklahoma City, to unify African-American, Afro-Caribbean and continental African populations through art and design for community activism and outreach.