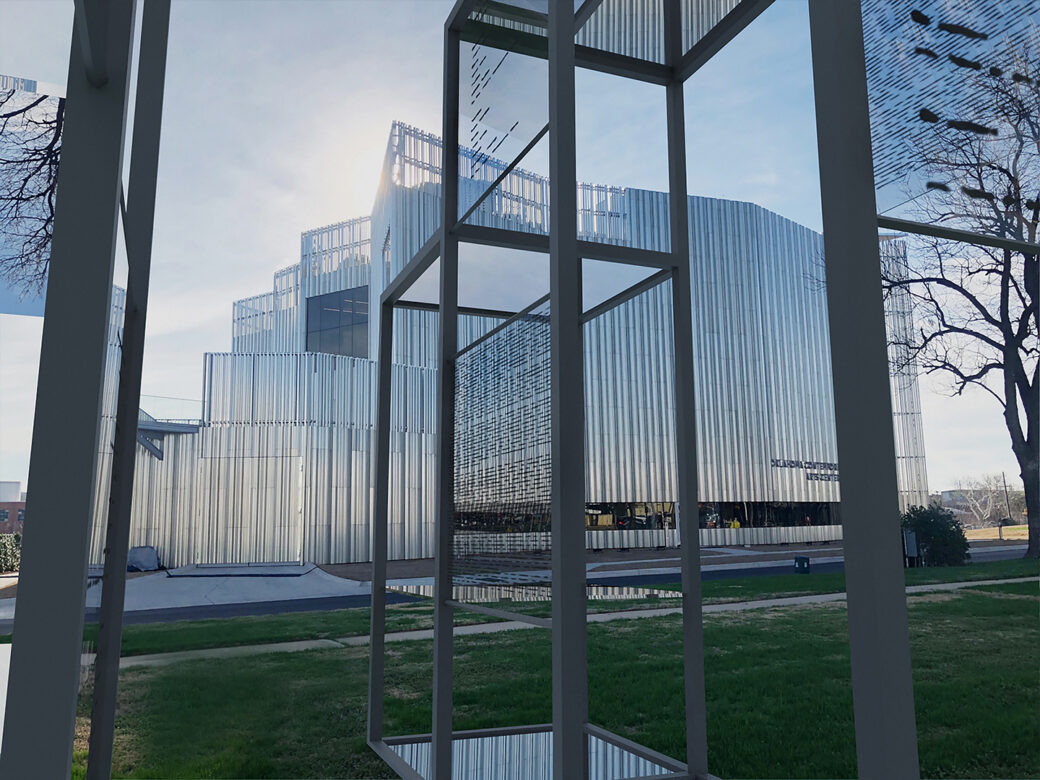 Multiple Voices is the first public artwork in the United States by Eva Schlegel, the Austria-born-and-based artist known for engineering steel and mirrors into spectacular, architectonic sculptures. In 2020, Schlegel visited Oklahoma Contemporary’s dramatic new building for the opening of Bright Golden Haze, an exhibition in which her artwork was included in the gallery.

About the artist
Eva Schlegel’s photographs, sculpture and public installations question the limits of perception and viewing, and explore cosmic and human time. Born in 1960, Hall in Tirol, Austria, Schlegel graduated from the University of Applied Arts (Vienna, Austria), in 1985, and from 1997 to 2006 taught at Vienna’s Academy of Fine Arts. She has realized permanent public artworks at the Novartis Campus (Basel, Switzerland) in 2007, as well as in Vienna at the Vienna Regional Court for Criminal Matters in 2015 and the Leopold Museum in MuseumsQuartier in 2020. Her work has been presented in major exhibitions at the New Museum (New York) in 1991; Biennale of Sydney (Australia) in 1992; Austrian Pavilion, Venice Biennale (Venice, Italy) in 1995; and Museum of Natural History (Vienna) in 2016. Schlegel’s work is in the collections of the Albertina Collection (Vienna); Museum of Contemporary Art (Chicago); Museum of Modern Art (Vienna); and the New York Public Library (New York).