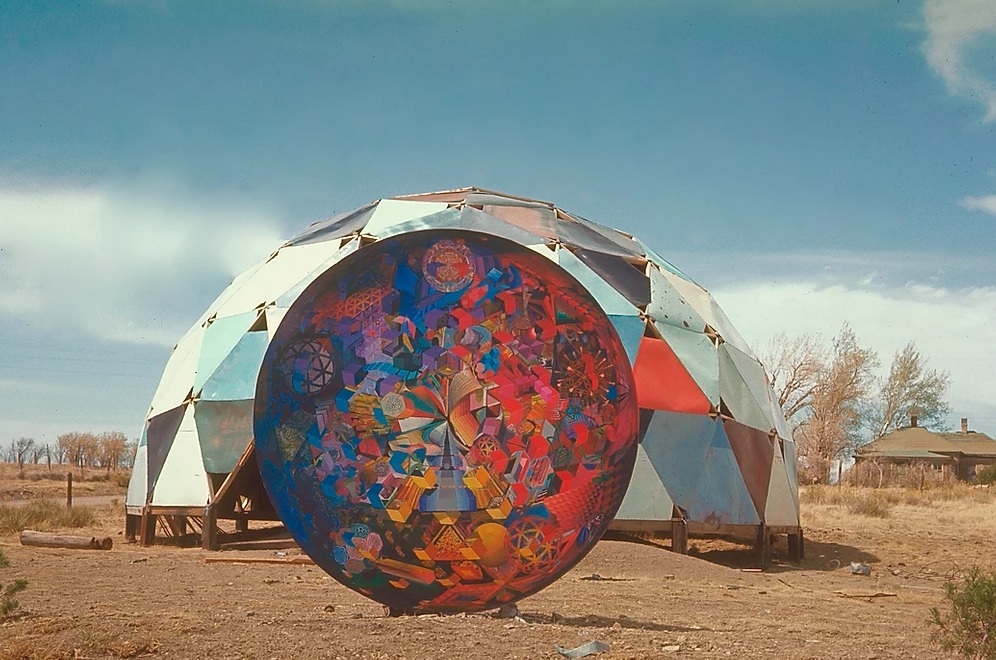 As we tie the ribbon on another week in quarantine, our #FridayFilms series returns for your weekend viewing pleasure. So far we've brought you themed picks from Curatorial and Exhibitions Director Jennifer Scanlan, and part one of an essay on historical and contemporary women filmmakers by Artistic Director Jeremiah Matthew Davis. The goal of this ongoing series is to help you engage with art through film, during this time when many of us are spending more time at home than ever before.

This week, we're giving the whole staff a chance to chime in with their favorite movies about art and artists. Below you'll find selections from Oklahoma Contemporary team members, ranging from documentary to animation and all points in between, along with a few words about what makes them so special and details on how to watch from the comfort of your living room.

This brand-new, easily binge-able Amazon Prime series springs from digital paintings and a narrative art book by Swedish artist Simon Stålenhag. Stålenhag’s unusual works mash up elements to create alternate universes: Retro sci-fi icons (robots, hovercraft, unexplained tech structures) are inserted into scenes of picturesque Swedish countrysides. These exact elements — and the havoc they wreak — appear in the episodic anthology series, featuring the residents of a small (American?) town who live above the Loop, a machine “built to unlock the mysteries of the universe.”

Loving Vincent is a visual marvel. Every frame of this film is painted by hand, and characters are inspired by the portraits painted by Vincent Van Gogh. I love this film for its emotional exploration into Van Gogh’s death, told by his mailman’s curious son delivering his final letter. Plus, it has some great cameos, including Saoirse Ronan, Chris O’Dowd, Aidan Turner and Jerome Flynn.

This documentary by Joan Grossman is about a group of artists who moved to Trinidad, Colo., to create a new civilization in the 1960s. Using found objects, especially old car hoods from salvage yards, they built geodesic domes largely inspired by Buckminster Fuller to build experimental housing. Clark Richert, a professor for over 30 years at Rocky Mountain College of Art and Design (and one of my most inspiring instructors), was one of the leaders of this movement. You can find more information here.

My nostalgic pick would be Selena, the 1997 biopic about Tejano music star Selena Quintanilla-Pérez. This film memorializes an amazingly talented young woman navigating everyday life, relationships and complex questions about identity in the public eye. Jennifer Lopez plays the title role — a career-defining performance — but Selena's actual singing voice is heard throughout. Listening to her deliver those first lush, deliberate notes of Como la flor to settle the crowd during the dramatization of a large outdoor performance in Mexico gets me every time.

My more recent pick would be Homecoming: A Film by Beyoncé. The film documents the months of preparation for the artist's performance at Coachella Valley Music and Arts Festival the year prior, offering insight into the layers of meaning built into every artistic choice. Homecoming is an unabashed celebration and a reminder of what is possible if we are willing to live, work and create with everything we have.

The Square by Swedish filmmaker Ruben Östlund (Force Majeure) is a beautiful and bonkers movie that turns the world of “high art” on its head. Starring Claes Bang and Elisabeth Moss, this 2017 Palme d'Or winner leverages its biting satire to thrilling effect, critiquing what Östlund sees as the class elitism of the international art scene. The film tells the story of a hapless curator (Bang) whose controversial installation at the X-Royal art museum in Stockholm leads to a madcap romp of pitch-black comedy that challenges viewers' expectations at every turn. I love this movie for its unpredictability, darkly hilarious performances and its ability to linger long after the credits roll.

In 2004, in the "flyover city" of Cincinnati, a new exhibition caught the attention of the global art world. It showcased a ragtag band of DIY street artists who had been celebrating their own style and culture since the 1990s, centered around skateboarding, graffitti, punk music and hip hop. This show drew huge crowds while ruffling the feathers of the local authorities, featuring artists like Clare Rojas, Barry McGee, Ed Templeton and Shepard Fairey, who would go on to become well-known figures in the art scene. The exhibition traveled the world, inspiring a book and then a movie. For us Gen X'ers, this film will take you back to your high school days when spray paint was stored in the trunk of the car (for creative emergencies) and loud music rattled the stickers right off your bumper.

Director Terry Gilliam describes Tideland as Alice In Wonderland meets Psycho, which nails the “neo-noir fantasy horror” tone pretty handily. The surreal chaos is alternately seen through the eyes of and created by the mind of a child, orphaned by junkie parents Jennifer Tilly and Jeff Bridges (in his strangest role ever, which is saying something). The flick is tender and traumatic, innocent and disturbing, imaginative and flat-out weird. Why does it fit this list? The set – a crumbling, abandoned home amidst a waving yellow meadow – was modeled after the Andrew Wyeth painting Christina’s World. The film leaves you with at least as many questions as Wyeth’s work does, along with that same sense of uneasiness.