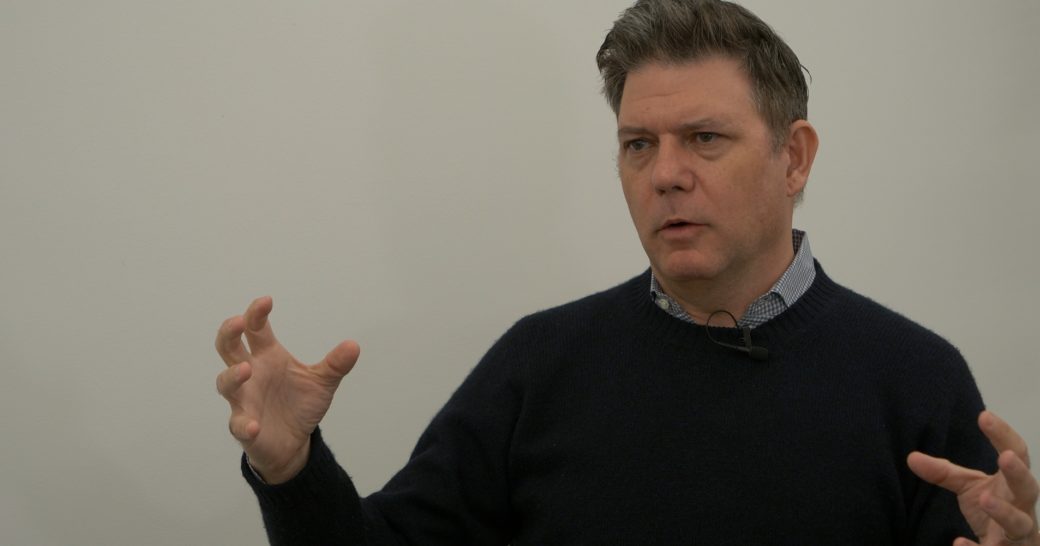 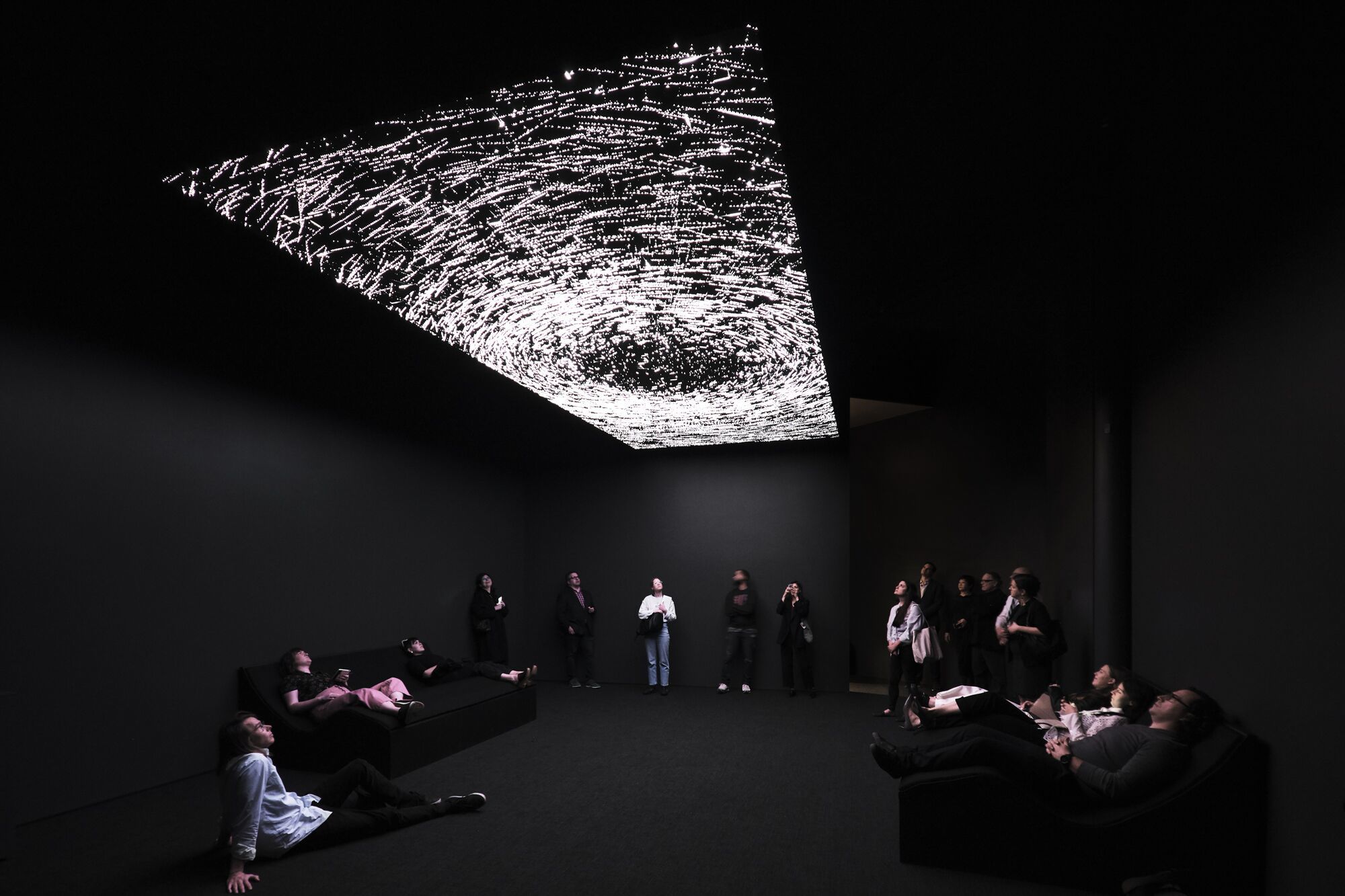 Villareal's work strips systems down to their essences. The internationally acclaimed artist says he's driven by a desire to better understand the underlying structures and rules that govern natural phenomena. His works using those ideas -- built on basic units of pixels or binary code -- move, change, interact and ultimately grow into complex organisms.

The artist's goal is to create rich, unpredictable environments without a preconceived outcome. To this end, the shimmering patterns in Star Ceiling 2's software-generated light show never repeat themselves, spurring a feeling of open-endedness within the finite parameters of a darkened room. "It evokes this sense of the infinite in its ability to take people on a journey," Villareal said.

Visitors will have a chance to take this journey for themselves, once Oklahoma Contemporary is able to safely open its doors. Until then, Villareal sat down to talk about the importance of public art, the influence of Burning Man on his work and his mission to inspire awe in digital environments.

A lot of your work is built in public places. How important is accessibility to your practice, and what does it mean to have Star Ceiling installed in a free community arts center like Oklahoma Contemporary?

I'm a huge advocate of public art. I think art has a huge role to play in society and in the world, and that we need a lot more art everywhere. So we're very interested in accessing people and bringing art to them. I've done several public artworks, including the Bay Lights in San Francisco, and now I'm working on the Illuminated River in London, which is 15 bridges over the Thames.

So these pieces actually reach tens of millions of people. And there’s something universal about light. It's very sort of primal. You don't have to know anything about art or programming or anything. You can look at it and have some sort of response, which I think is very important. It has this ability to really connect with people, to almost anyone. So I'm thrilled to have the work here in Oklahoma, and that you don't have a ticket. The more people who can come and see it, the better. 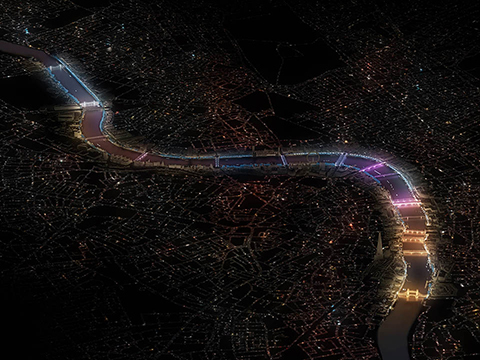 We know that Burning Man was influential in giving your art direction. Can you talk a little bit about that?

I started going to Burning Man in 1994. I'd gotten a summer internship at a research lab in Palo Alto and friends said, “Let's go to this thing.” At that point, it was only a couple thousand people in the Black Rock Desert in Nevada. I've been every year since, and I became involved with the Burning Man organization as one of the board members. It’s something very near and dear to my heart.

I actually made my first light sculpture ever at Burning Man, in 1997, as a way to get home at night. Because in the early days of Burning Man, it was very disorienting, and it was easy to get lost there. So I mounted 16 strobe lights on my motor home and started to sequence them with a simple microcontroller where “0” is off, and “1” is on — building up the sequences of zeros and ones. But it turned out to be this kind of profound thing that happened by the combination of light and software in space. It really altered the path of my work and led to what I'm doing now.

Awe is something we historically associate with natural splendor. Can you talk about creating awe in digital environments, and about its role in your work more broadly?

I am most interested in things that are in nature. I look at water and think, “Well, how does that work? What are the rules that govern water? And if I was to break that down into code, what would that be?” Or I look at the colors of a sunset and ask myself what’s happening there. That's really what I'm seeking to do with my work: accessing those responses people have to things in nature and things that connect us.

Using sort of artificial materials of software and light, you can access these very deep responses in people. Light is primal. It's almost like staring into a fire. But being able to re-create whatever's happening there, through these synthetic means, is very interesting. And I think part of that is the abstract elements in my work. I’m not using images. I'm not using text. So it's very open-ended. It’s non-repeating. There are all these things that make it kind of highly subjective, so people can come to their own conclusions with it.