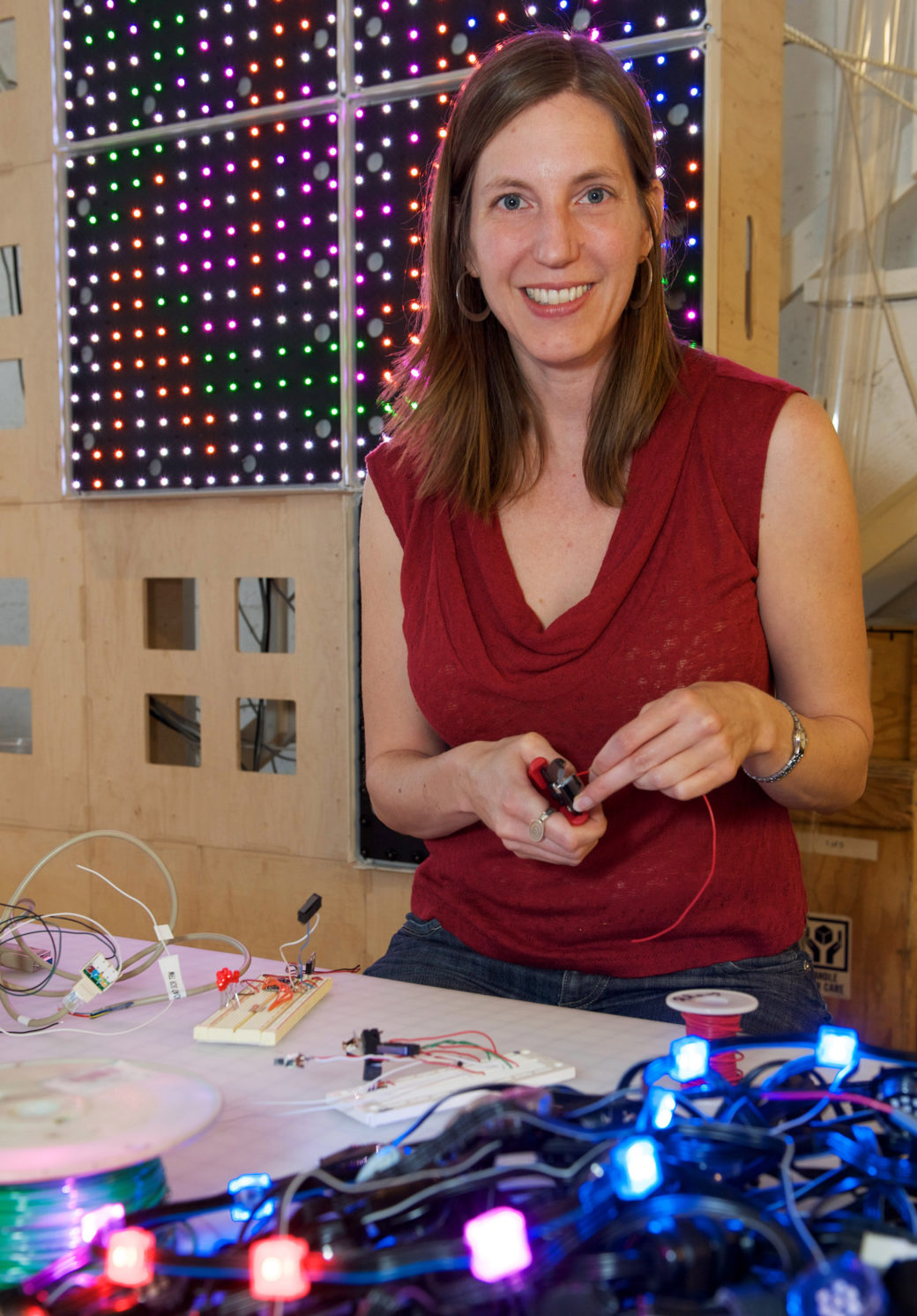 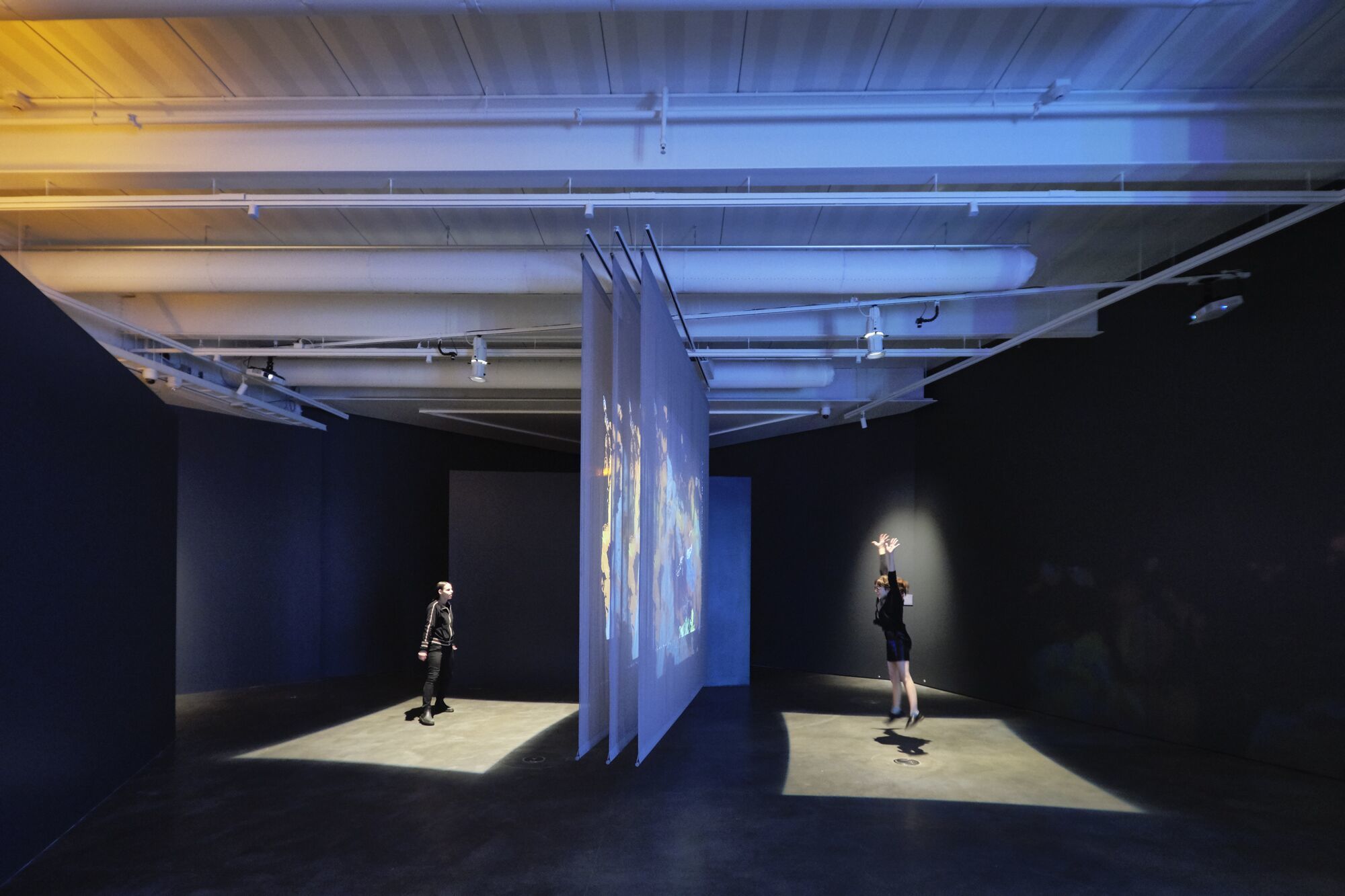 Camille Utterback didn't think much about computers growing up in Boston. Today, the San Francisco-based artist wonders if her lack of interest was due in part to social expectations.

"I fell into the statistic of girls who decided technology and science isn’t really cool," she said. "I remember going to a programming class when I was 13 because I wanted to learn more about it, and I just — quit. So it's interesting to look back on that. What was going on? What were the subtle cues I was getting that I didn’t belong?"

In the years since, Utterback has carved a unique place for herself in the international art scene, writing software to produce interactive digital environments that explore the possibilities and problems within the pixels that color our world.

“In the end, it’s not really about the technology or computers for me. It’s about how you think about yourself in relation to systems," Utterback said. "The code I’m writing is a set of rules. And it’s interesting for me to create a situation where you are the participant in that system. Because it’s reacting to you, you have to kind of think about why you might be doing this or that: ‘What happens if I stick my hand out, or touch something? How is my presence having an impact on this system?’”

Utterback’s Entangled (2015) is among the works exploring light and place in Oklahoma Contemporary’s now-delayed inaugural Bright Golden Haze exhibition. The dual channel interactive installation is a delicate dance of software, cameras, projectors, lights and — most importantly — participants. In today’s installment of our new #Illuminations video series, the trailblazing artist talks about writing software, rewarding play and making space for the body in a digital age.