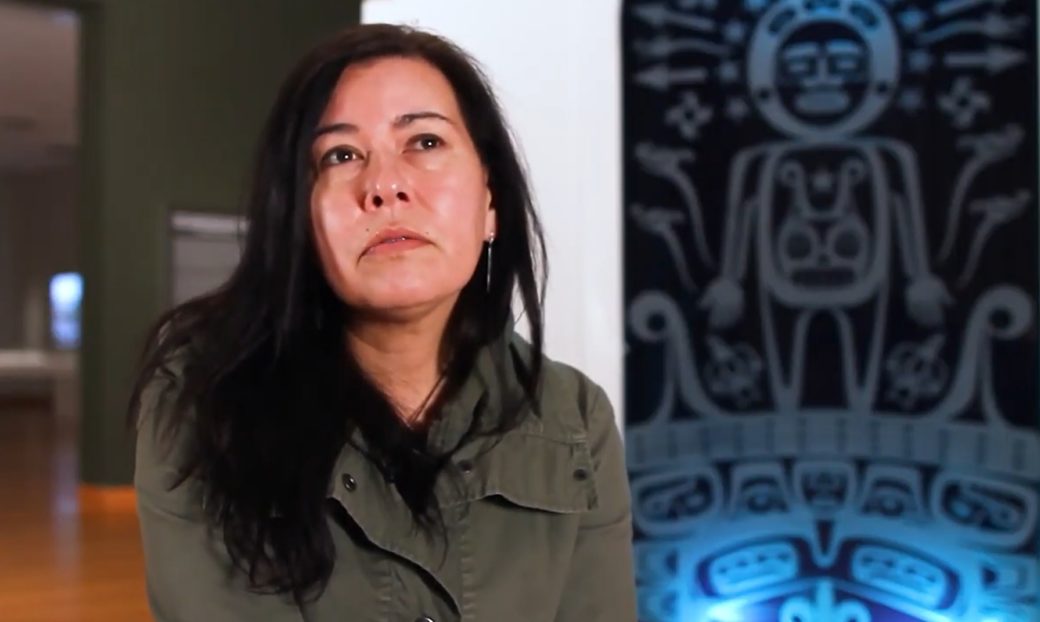 Light comes to life in the work of Marianne Nicolson. The Dzawada̱ʼenux̱w First Nations artist has spent the last two decades developing a multidisciplinary art practice encompassing both traditional Kwakwa̱ka̱’wakw and Western European-based forms, with some of her most arresting installations using light to spur reflection on the politics and possibilities of the land from an Indigenous perspective.

"I wanted to reference light — not so much in a photographic way, but in a performance-type way," Nicolson told the Seattle Art Museum. Visitors to Oklahoma Contemporary's delayed Bright Golden Haze exhibition will get a front-row seat when they encounter Ḱanḱagawí (The Seam of Heaven). Light is an active element in this immersive sculptural installation, which compares the imagery of the Milky Way to the Columbia River, drawing from the cosmology of the artist’s First Nations heritage.

"Our village is beside a river. Our people, the Dzawada̱’enux̱w, have lived beside this river for thousands of years. So this river has been a constant," Nicolson said in an interview with Haverford College's Cantor Fitzgerald Gallery. "That river has seen everything and contains within it all the knowledge of that land for thousands of years. So it connects me to all that has come before, to the point of our origin, because our origin stories tell of how we came to that place. It also connects me to the future, and that is what I’ve really been fighting for politically: for us as an Indigenous nation, for our continued existence within that landscape, because we have such an in-depth spiritual relation to that land." 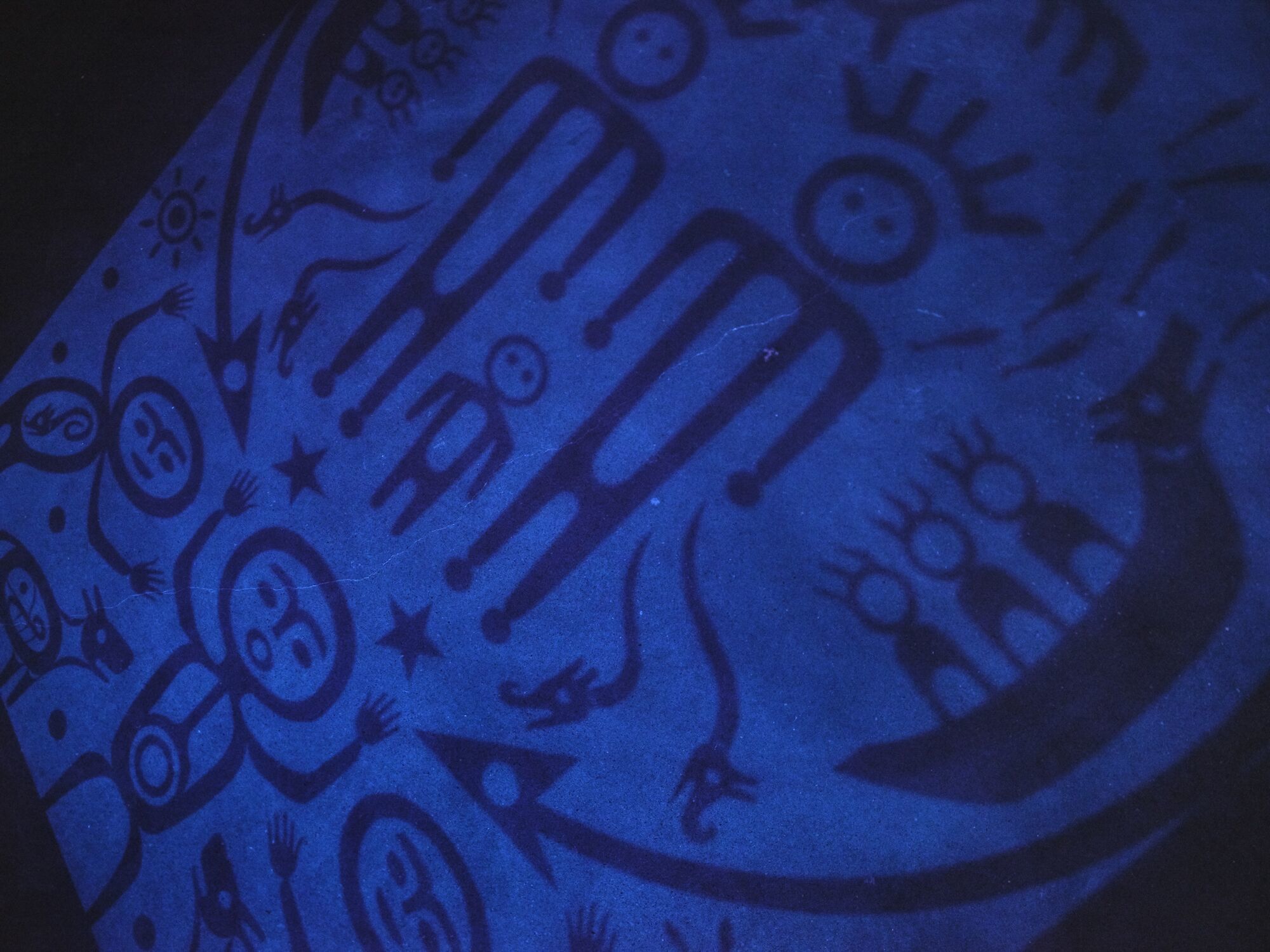 Detail of Ḱanḱagawí (The Seam of Heaven) by Marianne Nicolson (Photo: Alex Marks)

Oklahoma Contemporary's inaugural exhibition is divided into three themes: Light and Place, Light and Environment, and Light and Atmosphere. Nicolson's installation belongs to the final category, joining Josh Tonsfeldt and Teresita Fernández — artists whose distinct and unforgettable work creates what curator Jennifer Scanlan calls "a conceptual space" through memory or sensation. "Josh Tonsfeldt’s dismantled LED screens deconstruct the online world where many of us spend hours, lost in a mesmerizing glow. Teresita Fernández evokes the historic use of gold to symbolize light in her Golden (Odyssey). Marianne Nicolson’s Seam of Heaven presents the Milky Way within her Dzawada'enuxw (First Nations) cosmology as a river that ignores boundaries imposed by Western views of land ownership."

Nicolson's installation is divided into two glass panels, each rich with symbolism. One side represents the spiritual essence of the river, while the other features pictographic images referencing those carved by Indigenous peoples along river systems and other significant natural sites.

The arched sculpture speaks to the tension between the built environment of political systems and the natural order of the land. "The border that is created across the landscape is a conceptual one. It’s created by nation states and agreements between people," Nicolson continued in her Seattle Art Museum interview. "But it doesn’t actually exist in and of itself in the land. The reason why we pay attention to it is because of symbols like the Peace Arch."

This dynamic at play in Ḱanḱagawí (The Seam of Heaven) speaks to Nicolson's broader practice as an artist. "My work stems from a strong belief in the value of Indigenous philosophies and ways of being on the land. It is also driven by a mandate for social justice and the well being of all peoples," she writes in an artist statement. "Art, writing, performance and academics are all platforms for the expression of these ideas. Fundamentally, it is about communication, resolution and inspiration."

Until you're able to experience Nicolson's awe-inspiring work for yourself, hear from the artist directly in the videos below, from the Seattle Art Museum and the British Columbia Achievement Foundation. And don't miss profiles of other Bright Golden Haze and Shadow on the Glare artists in our ongoing #ArtistSpotlight series.