Out of the Fire (Source: PBS) 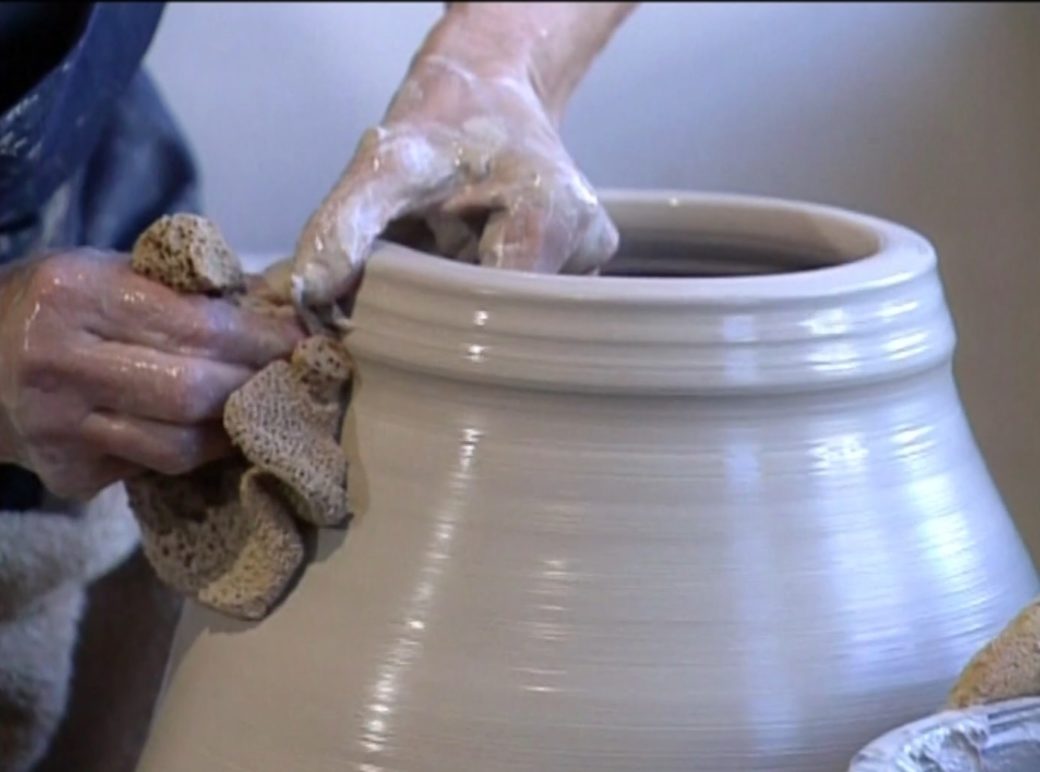 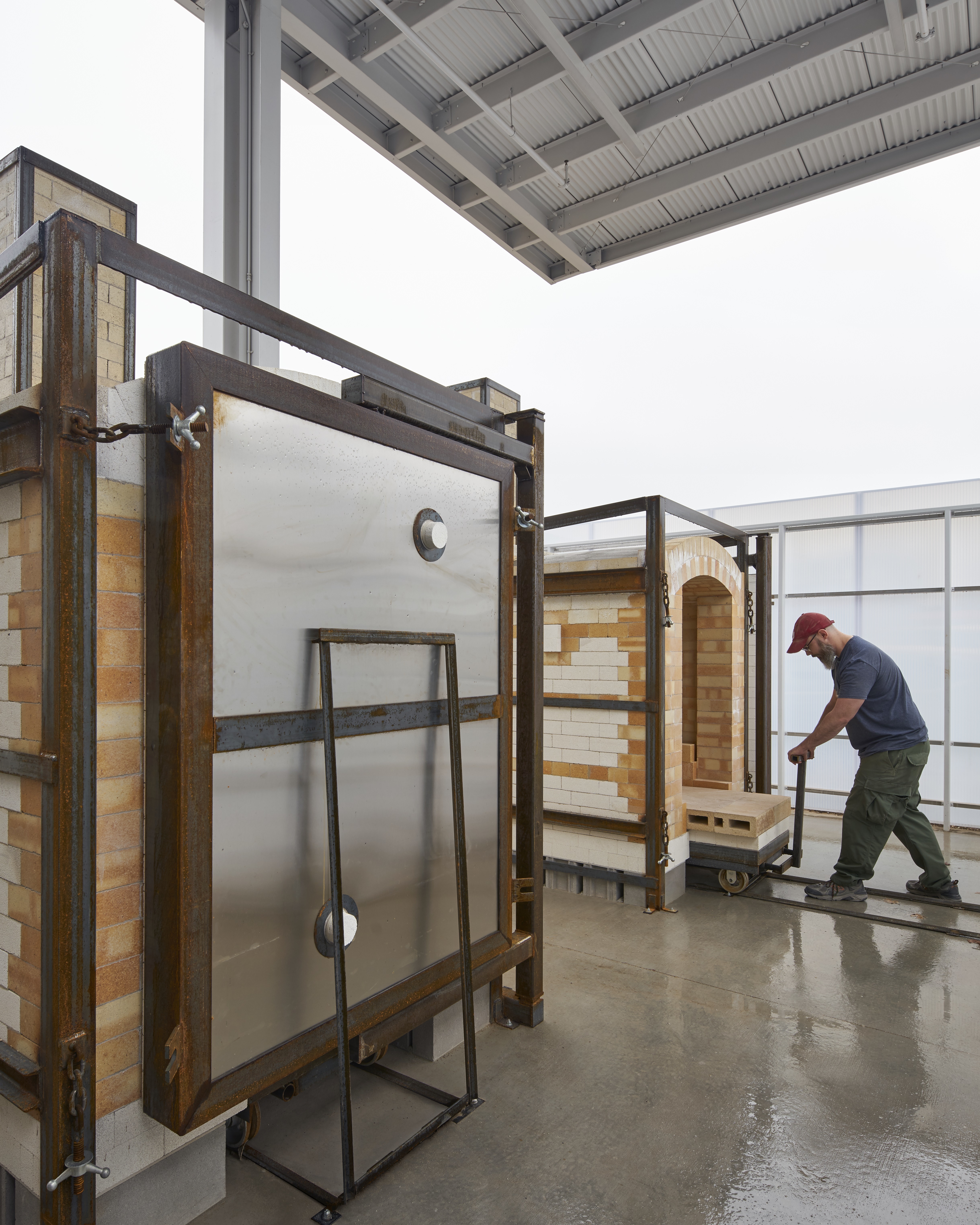 After a week off, #FridayFilms is back with your weekly dose of art-related video. Our goal is to help foster connections with art through film during this time of social distance. Exhibitions and Curatorial Director Jennifer Scanlan rounded up her favorite movies about family and women in the arts; Artistic Director Jeremiah Matthew Davis brought you Part 1 of an essay on women filmmakers; and Oklahoma Contemporary staff gave you the lowdown on their all-time favorite feature films by and about artists.

This week, Ceramics Program and Studio Manager David Stevens is coming to you with his first installment of documentaries focused on the art of ceramics. From Old World wood kilns to avant garde portraiture and points in between, Stevens is here to bring you his picks for the best films on the art form — and teach you a few things you might not have known in the process.

Kevin Crowe is a wood fire guy outside of Washington, D.C. He has a giant, super old-style Japanese kiln, and he fires it twice a year. That's because it takes six months to make enough work to fill it. Out of the Fire is really interesting because it goes through a little of the history of his journey, but it really focuses on the week leading up to and the week of fire. So you get an actual glimpse of what's happening — instead of "Here's this kiln we loaded a few days ago and now it's firing, and now it's unloaded," it goes through the whole process.

The documentary also focuses on the community of ceramics. To fire for five days, you have to have a team. When you fire with wood, you are constantly stoking it in there. You can't set it and walk away for several hours. You have to be doing something all the time. Out of the Fire is a really great glimpse into what the process actually is.

Paul Soldner was one of the most influential ceramic artists of the 20th century. He took ceramics out of the craft world and into the art world. Playing with Fire is a really good look at his life, which is pretty interesting. He was a conscientious objector in World War II, enlisted in the Army Medical Corps. He was raised Pennsylvania Dutch, one of those Northern United States old-school religions. He was a photographer, and like a lot of artists, he went to school on the GI Bill. The documentary covers that time and then when he and Peter Voulkos started what became one of the most influential ceramics programs in the country.

He also transformed what we now call raku in the United States. It's a very old, Japanese style of firing. Traditionally it comes out of the wabi-sabi idea when the Buddhists really kind of took over the aesthetics of the tea ceremony. And what we do in the United States is not actually raku. In some high schools, colleges, community art centers -- I'm working on bringing it to Oklahoma Contemporary -- you're going to do what they call raku because it's super fun, fast and low investment. But it's not anything close to the traditional, highly sacred art of raku.

Paul found a book and tried it, but it didn't work, so he just started experimenting and then gave us all the techniques and recipes that we still use today. We call it raku, but it should really be called Soldner.

Collaboration: The Ceramic Art of Tom Coleman and Frank Boyden (2009)

Tom Coleman and Frank Boyden are also wood fire guys. Tom lives in Henderson, Nev., in the desert just north of Vegas. Frank lives up in the Pacific Northwest, and they've been buddies since the '70s. In the mid- to late '80s, Tom really started experimenting not just with porcelain but also glazes and different effects that kind of pushed ceramics even further past where we were at the time. He made some stuff that is still kind of unbelievable. The documentary focuses on a show that they were making work for at the American Museum of Ceramic Arts (AMOCA) in California.

They changed American ceramics forever. They built the first of what I would call an art wood kiln. The southern United States has had wood kilns since we've been a country, because all those potters came over from Germany and England, and that's what they were used to doing. So they built wood kilns, but they were very low tech. They weren't what we think of as wood-fired. Boyden and Coleman really tapped into the Old World of wood kilns, getting super hot, firing for long times and creating what we now know as wood-fired pots in America.

Grayson Perry works mostly in clay, but he also does fiber and video art. He's a very big personality. He got the Turner Prize, which is the top visual arts prize in England. The queen of England herself presents it to you, so it's a big deal. Grayson went as his alter ego, Claire (in a Bo Peep dress), to his Turner Prize ceremony.

Who are You? is a documentary based on a series of portraits he did, shown in the National Portrait Gallery. He interviews these individuals and does a lot of research. I don't know anything about British politics, but he interviews some high-up official who got caught breaking the law -- right before he goes to jail. The film is really cool, just as a look at just people in general through his unique perspective.

Check back later this month for a second installment of Ceramics Cinema with David Stevens, featuring a five-part series tracing 19th century American ceramics, a documentary on Heath Ceramics and more!