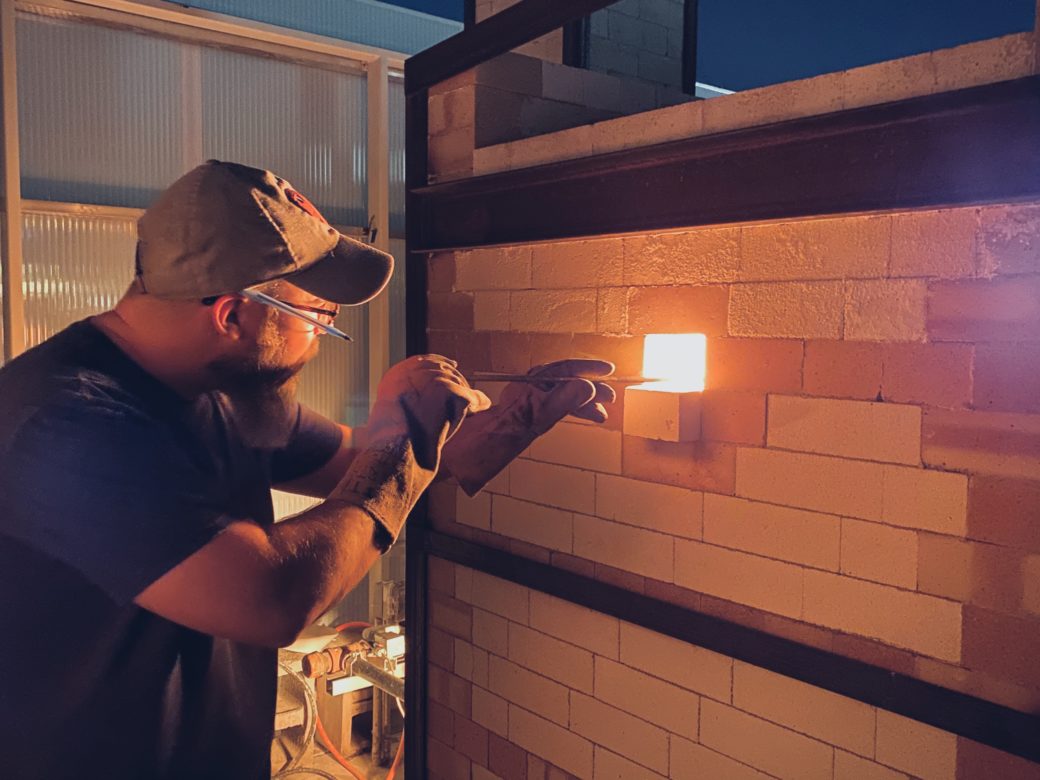 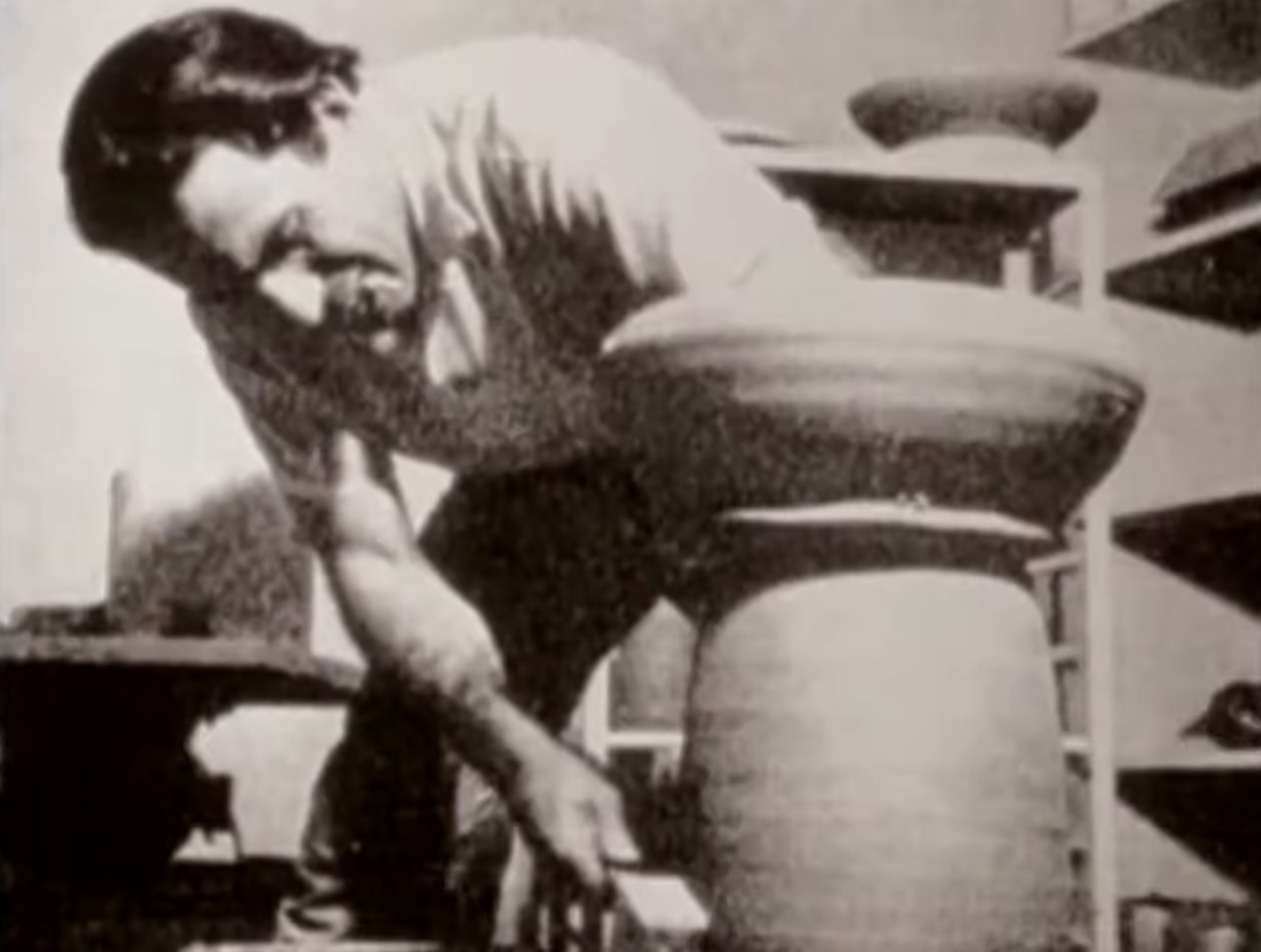 Peter Voulkos in Revolutions of the Wheel

#FridayFilms is back with a new installment of Ceramics Cinema. Last time, we covered everything from Old World wood kilns to avant-garde portraiture. Today we'll round it out with a few more suggestions to help you better understand the art of ceramics, wrapping up with a free, full-length stream of the essential five-part documentary, Revolutions of the Wheel.

First off, anyone up for a treasure hunt should try to track down Color and Fire: Defining Moments in Studio Ceramics 1950 - 2000. This documentary -- put out by Los Angeles County Museum of Art (LACMA), accompanying a show of the same name -- is a good overview of the recent history of the form. It's got great interviews from artists all over the country. It's not just potters, either. It's studio ceramics, so you'll meet a lot of sculptors, installation and performance artists, too. (Yes, there is ceramic performance art.) The film is out of print, but you can check out the book accompanying the touring show to learn more about these essential artists.

For something a little less broad and more accessible, try Heath Ceramics: The Making of a California Classic. They're a really popular southern California ceramic production company. They started in the '40s, and they're still in operation today. It's a really fun glimpse not only into the ceramics industry, but also California through the ages. It's also shot very beautifully. The whole thing is streaming online through public broadcasting affiliate KCET. 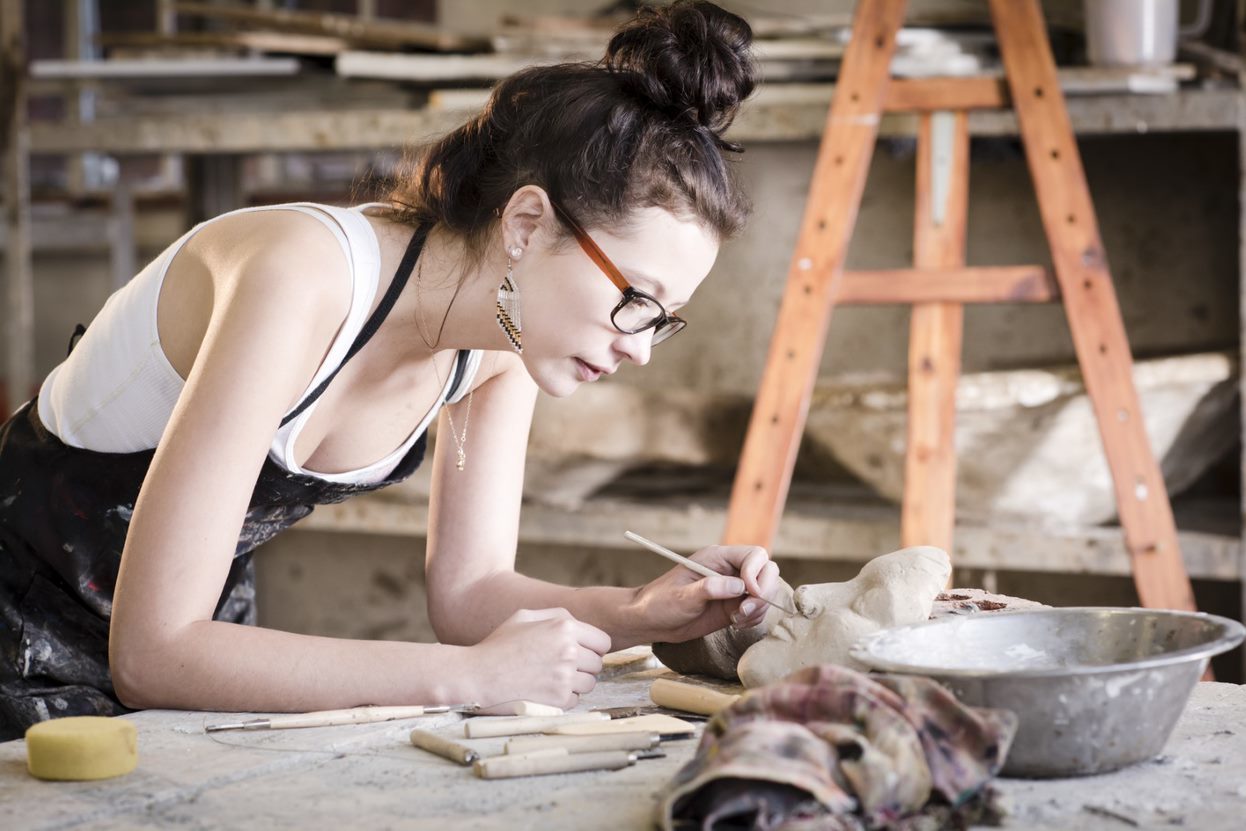 Oklahoma Contemporary's flagship ceramics program will get a boost through new studio space and state-of-the-art equipment when The Studios re-open later this summer.

Another great documentary is California Clay in the Rockies. This film is about a clay conference out at Anderson Ranch in the 1950s. Everybody who was anybody was at this conference, which actually led to some bad blood and animosity — but they all came together because they were trying to do something important. A super-young Garth Clark, who is the ceramic critic in America today, gets a lot of screen time. The movie is streaming on FlixFling.

But on to the main event: Revolutions of the Wheel, streaming in full below. This film takes you through the origins of American ceramics to the present, focusing on characters like George Ohr, "The Mad Potter of Biloxi," who predicted abstract expressionism 50 years before it started. It's also about the industrialization of ceramics, which gave us some of the greatest ceramic artists of all time. The film is presented in five parts. The segments tie together but don't rely on each other, so you can watch it all start to finish or skip around. Either way, you'll come away with a better understanding of the art form and its major players.

Be sure to check in next week, when #FridayFilms returns with a second installment of movies about music.