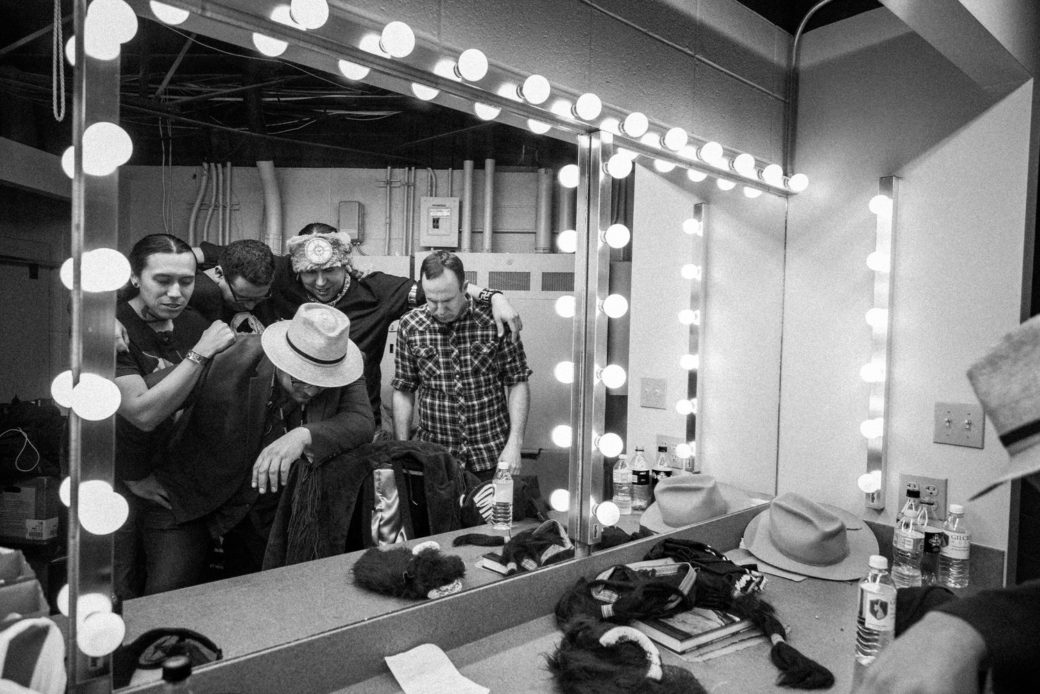 Behind the camera with Oklahoma's leading Indigenous directors 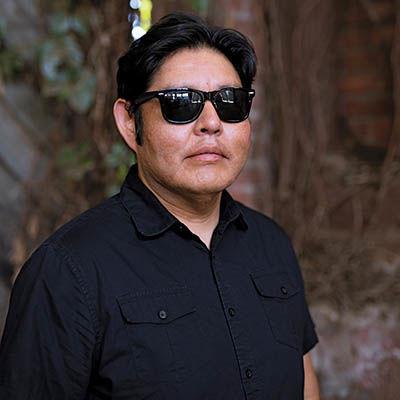 It was a good week for Indigenous film in Oklahoma. The state's own Sterlin Harjo returned with the stunning trailer for his new documentary, Love and Fury, and fellow Tulsa Artist Fellowship recipient Blackhorse Lowe wrapped up a partnership with Tulsa's iconic Circle Cinema to stream his latest film FUKRY free online. Additionally, Shadow on the Glare artist Ryan RedCorn — a photographer, cinematographer and comedian who belongs to the same comedy troupe as Harjo — was the subject of a rich feature in National Geographic, focusing on his ongoing Native portrait series. While the practice of each artist is wholly unique, the three are connected by a dedication to explore the depth and breadth of Indigenous experiences in what we today call the United States.

Love and Fury finds Harjo returning to nonfiction, following a disparate group of Indigenous artists as they navigate their careers at home and abroad — from noise musicians to poets, sculptors and points in between. The film joins the ranks with Harjo's other fascinating and human-sized documentaries, like This May Be the Last Time, a film about the origins and evolution of Creek Nation hymns, and Terlton, which tells the story of a rural Oklahoma town devastated by an explosion at a fireworks manufacturing plant. "I like telling stories that I feel no one else would tell," Harjo told The Tulsa Voice. "If I didn’t ... no one [would]."

A similar storytelling ethos animates the work of Blackhorse Lowe, whose creative eye often wanders toward society's misfits and outcasts. His latest narrative feature, FUKRY (which the filmmaker calls "a screwball stoner rom-com"), follows the exploits of a longboard craftsman who professes his love for a performance artist before she leaves for a mime residency in northern California. The film just ended its free streaming stint as part of Circle Cinema's virtual screenings program, but you can explore Lowe's vision across multiple projects at the artist's Vimeo page, or stream his 2016 feature, Chasing the Light, on Amazon Prime.

“(FUKRY's) purely for comedy and hopefully for people to forget their troubles," Lowe told KOSU. "A lot of the time, the Native films people see are really heavy on issues. But, we wanted to go in the opposite direction and show something that hasn’t been shown before as far as Indigenous film."

Like Lowe, Oklahoma artist Ryan RedCorn leverages comedy to explore angles of Indigenous experiences that typically don't make it onto the screen. The Osage photographer's ongoing portrait series, which National Geographic called "solemn and triumphant by turns," centers the dignity and humanity of the Native people he photographs. It may feel light years removed from RedCorn's work with his comedy troupe, The 1491s, but the two projects share a commitment to illuminate facets of Native life that often go unexplored.

RedCorn's latest comedy project, Low Rez, is a satirical news-commentary web series serving up irreverent COVID-19 updates on The 1491s' YouTube channel. The show is hosted by RedCorn in character as Percy Thomas, a straight-talking Okie anchor who promises "not the news you deserve, but the news you're going to get."

Today's #FridayFilms installment offers just a taste of the dynamic Native filmmaking community in Oklahoma and beyond. Though many public programs are on hold during the ongoing health emergency, outlets like the Native Crossroads Film Festival in Norman and themed programming from Indigenous filmmakers during the Tulsa American Film Festival offer opportunities to celebrate Native film locally. But until we're again able to meet in movie theaters, today's roundup of digital content (and others in the #FridayFilms series) might hold you over the long Memorial Day weekend.