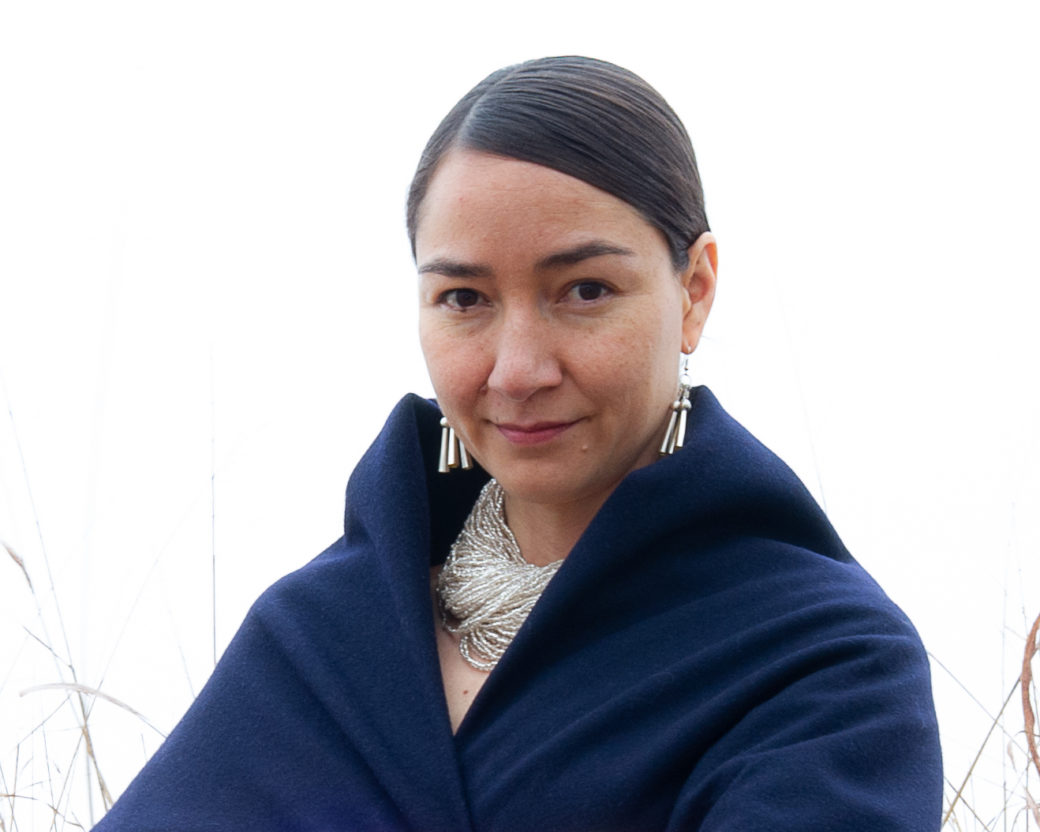 After the fire with the Shadow on the Glare photographer 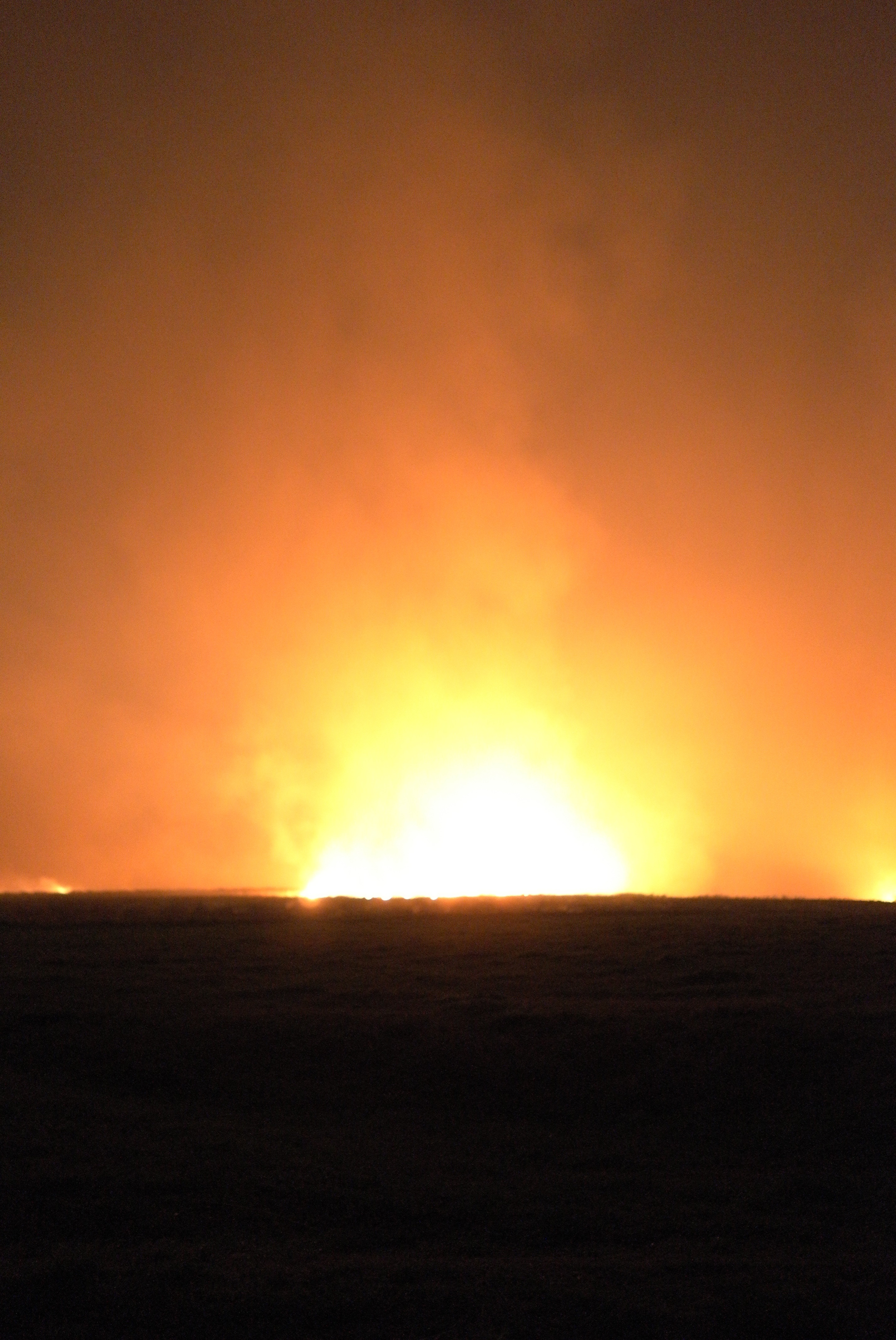 Lake Fire #1 is one of countless images of Osage County prairie fires made by artist Keli Mashburn over more than a decade.

"Every spring, Osage County is on fire."

That's artist Keli Mashburn, describing the prairie blazes that have captured her imagination for more than a decade. She talks about these regular burns with reverence for their destructive power, along with a sense of possibility as they refresh an endangered tallgrass ecosystem for another season. "I've been shooting them for years," she said. "I just can't stop."

Mashburn's work itself is something of a slow burn. It doesn't all hit at once. Usually focusing on a disorienting detail of a larger natural phenomenon, she makes photographs using traditional darkroom techniques to reflect the raw power of the land and the many ways it plays out in our lives and personal histories.

Visitors to Oklahoma Contemporary's inaugural Shadow on the Glare exhibition will see firsthand how the natural world imprints itself on the work of this homegrown artist. Works on display include photographs like Lake Fire #1 (2019) and Obstruction (2010) along with a video collaboration with artist Marcella Ernest. Each piece presents an abstract slice of a different environment, dizzyingly rendered through the artist's singular vision. 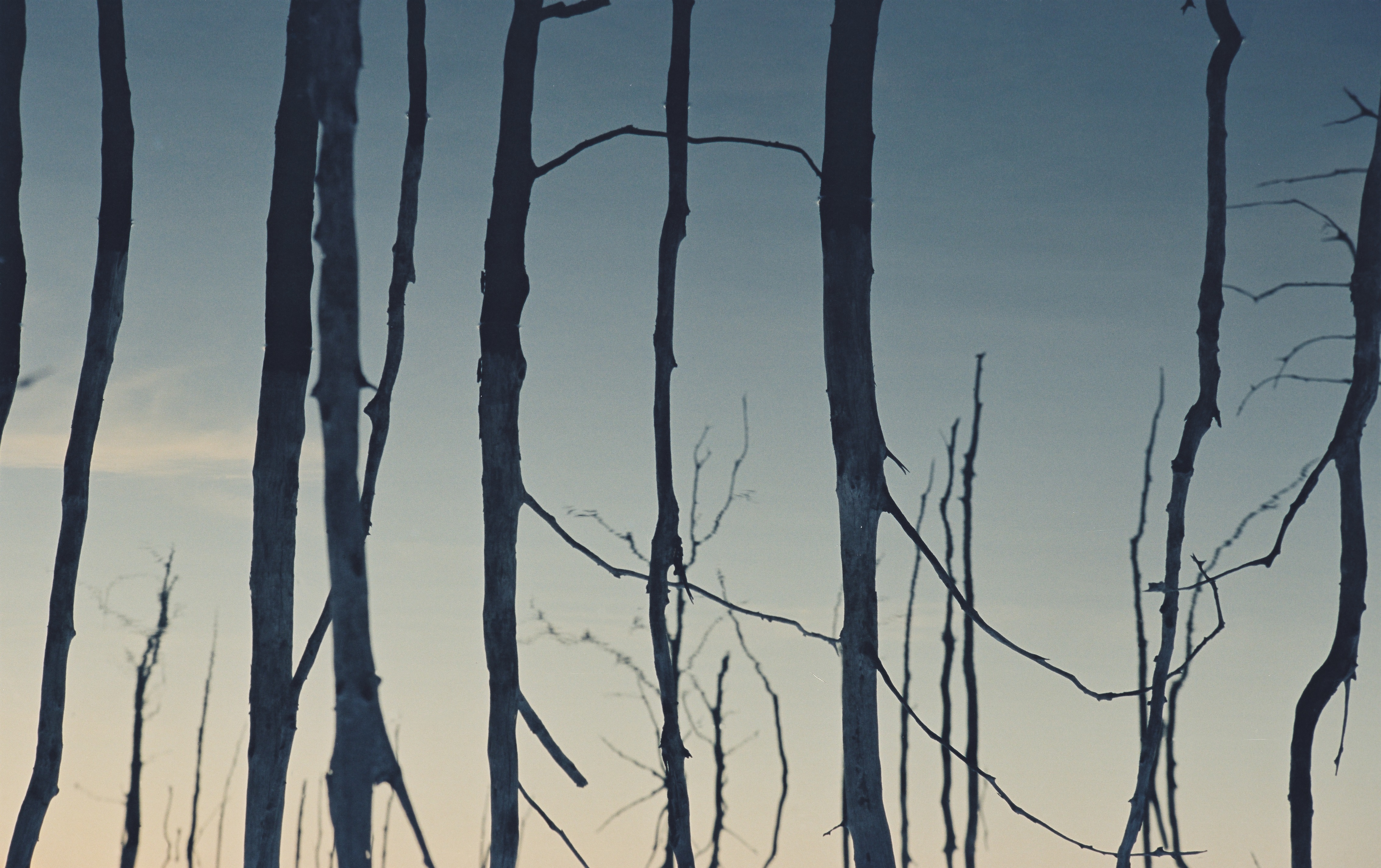 Wah.shka is a collaboration between Keli Mashburn (Osage) and Marcella Ernest (Ojibwe). Ernest infuses Mashburn’s imagery with sonic and narrative elements to further explore the tension within these dramatic landscapes.

Mashburn got her first taste for photography as a teenager, on a camping road trip with her father through the wilds of Montana, Wyoming and Alaska — a far cry from the cattle ranch where she was raised in Fairfax, Okla. Armed with her dad's Pentax K1000 camera, Mashburn let loose. "It was the first time I took a lot of photos. I realized then that I was composing these images, but what I was really trying to capture was a feeling — a sense of place and identity. I wasn't trying to take the perfect picture. I was trying to capture an emotion."

That same impulse drives Mashburn today, as the artist pushes the limits of photography to explore what she calls "the ethereal realm between physical place and personal myth." Works like Obstruction fit comfortably in this space, offering a stark meditation on the relationship between people and place as it manifests in the land surrounding her home in Osage County. 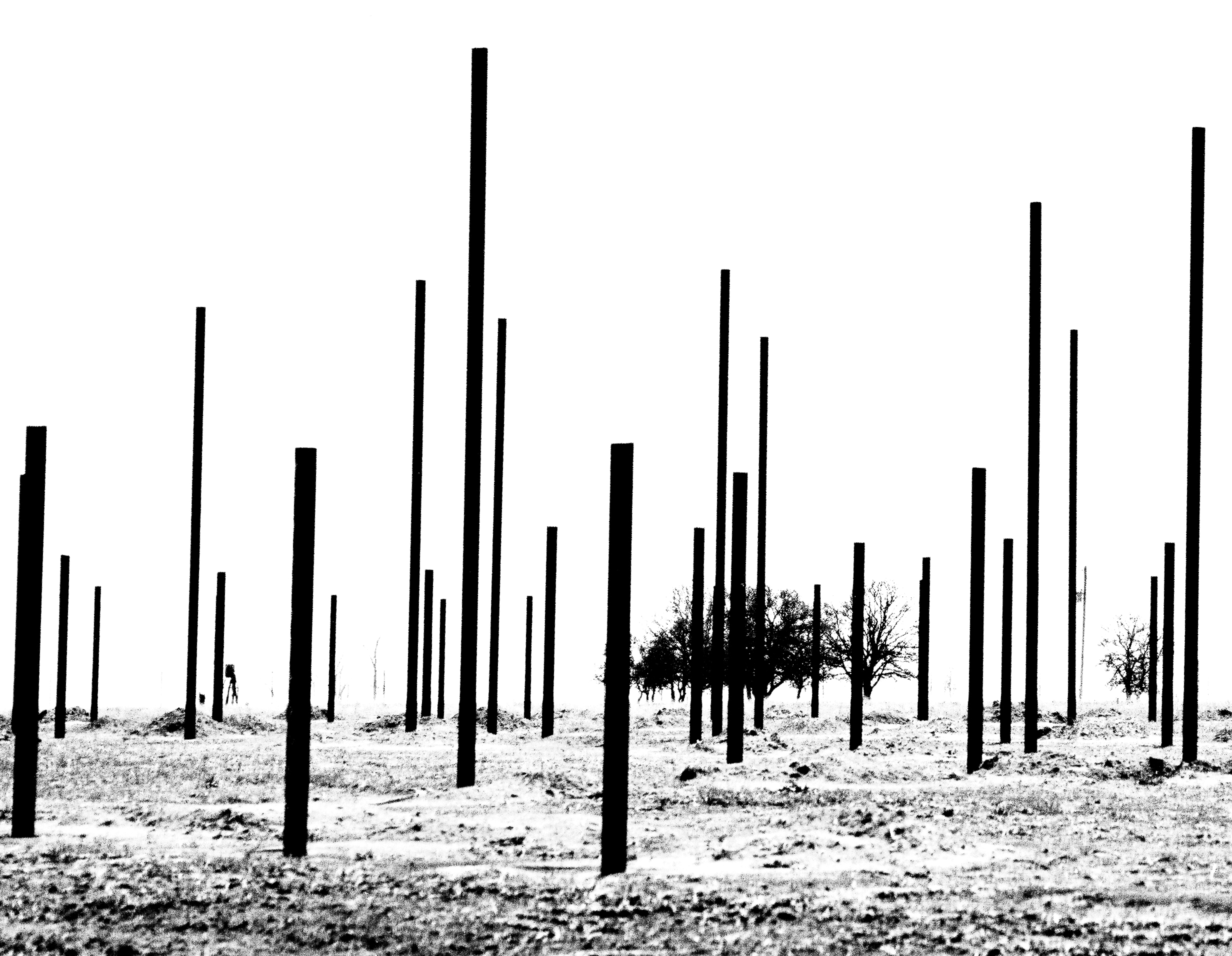 Keli Mashburn's Obstruction (2010) is one of the many works by indigenous artists on view in Shadow on the Glare. "It's a strong composition that pushes the medium to its limits, about philosophies on the relationship between humans and nature and the land around her home," curator Pablo Barerra said.

Mashburn's work is animated by a DIY ethos growing out from her upbringing on the endless plains of northern Oklahoma. "I'm from a rural community, where you work with what you have," she said. Having since lived everywhere from Las Vegas to Kansas City to Portland, Mashburn found a dissonance between her lived experiences and the perceptions of her new city-dwelling neighbors. "There's such a bias against country people: We're bumpkins. We can't handle ourselves. There's nothing going on out here. But the rural world helped me get where I'm trying to go."

In addition to her growing rural consciousness, leaving home also helped draw Mashburn's Native identity into sharp relief. "I grew up on the reservation, in the culture," she said. "Both my parents are Osage. That's my voice, for sure, but it's not something I was ever conscious of until I went to art school. I didn't realize being Native was 'a thing.' It had never occurred to me." Today, Mashburn recognizes her heritage as one of many animating elements in her exploration of the dramatic collisions between physical space and myth across her homelands in Osage territory.

Like a prairie fire burning on the horizon, Mashburn's work has been shaped by forces both environmental and human. Returning to that fiery image over the course of a decade has helped stir both a sense of respect for the violent potential of the world around us, along with a guarded sense of optimism for the future: "After the fire, the grass is greener."