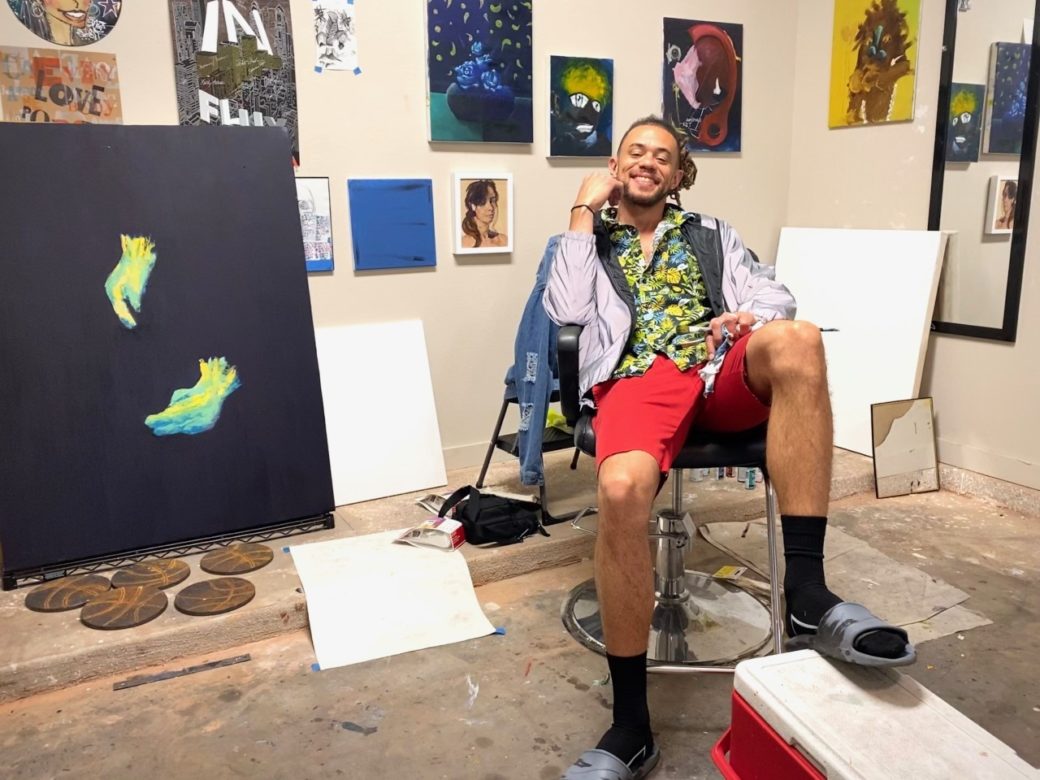 Calvin Pressley reflects on a month of conversations and creativity 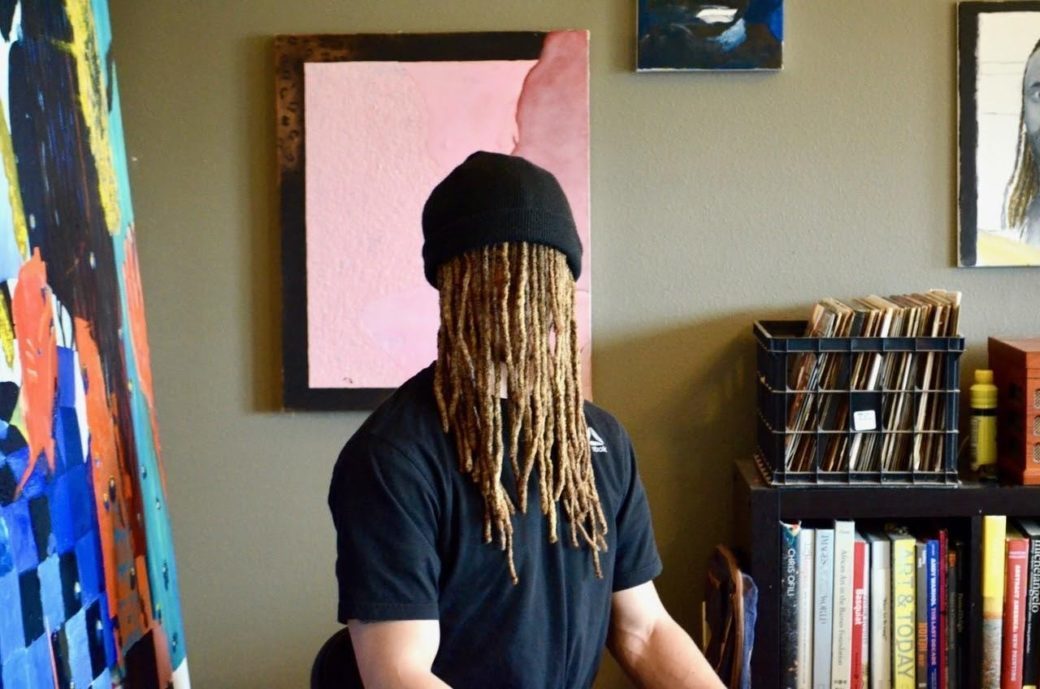 After a decade of growing his dreadlocks, Studio-in-Place artist Calvin Pressley decided it was time for a change — in more ways than one.

The same weekend George Floyd was killed by Minneapolis police officer Derek Chauvin, I decided it was time to cut my hair. I’d been growing my locks over the past 10 years — and with Oklahoma heat and swimming opportunities around the corner, it seemed the moment had come to finally chop them off.

My new look provided interesting reactions from neighbors, along with friends, co-workers and interviewees for my #ConnectedConversations series. Sometimes it served as an icebreaker, other times it provided a bridge between conversation topics. The more I reflect, the more I feel a connection between my personal transformation and the social upheaval we’ve been experiencing over the past month.

I have not yet completed the oil painted portraits resulting from my Studio-in-Place interviews, but it’s been a fascinating month of opening myself up and listening to anyone about anything and everything that’s been going on in their lives through these turbulent times. Although I’ve always cared for those around me, I’ve never considered myself an empath so much. With this project, I’ve found myself so wrapped up in trying to allow space for those around me to converse in the language that best suits them. 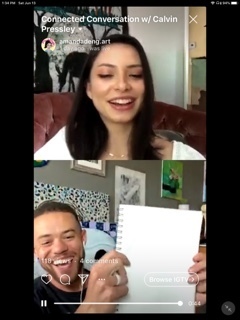 Some people talked on a more personal level as we discussed family life and things outside of the studio. Others had some really important tasks they are tackling in their communities — like Amanda Deng, who’s organizing for hazard pay, permanent pay increases, improved benefits and a grocery workers' union in Oklahoma — and this served as an opportunity to bring awareness to those.

One of the most interesting things about being an artist is you don’t really ever stop being an artist. You’re pretty much always clocked in, and sometimes it can take a real effort to detach from exterior influences while exploring internal emotions through whichever medium you choose. With that mindset of being always on, I wanted to slow down in these conversations. With the death of George Floyd, the ongoing threat of COVID-19 and my own experience with law enforcement, there have been lots of opportunities to open myself up to #ConnectedConversations beyond the hashtag.

You don’t really ever stop being an artist. You’re pretty much always clocked in.

The Black Lives Matter movement took on a new urgency following the killing of George Floyd. It was a strange week following the video footage of Chauvin kneeling on Floyd’s neck for more than eight minutes, causing him to not be able to breathe and eventually killing him. A lot of white Americans not only started to have more conversations about race and systematic racism, but many also took time to notice and say hello to people of color. Furthermore, I noticed white Americans start to allow space to hear and listen to people of color in a way I hadn’t seen before. It felt like people started to realize the systematic racism they’ve been a pawn of and started to analyze how to correct it. 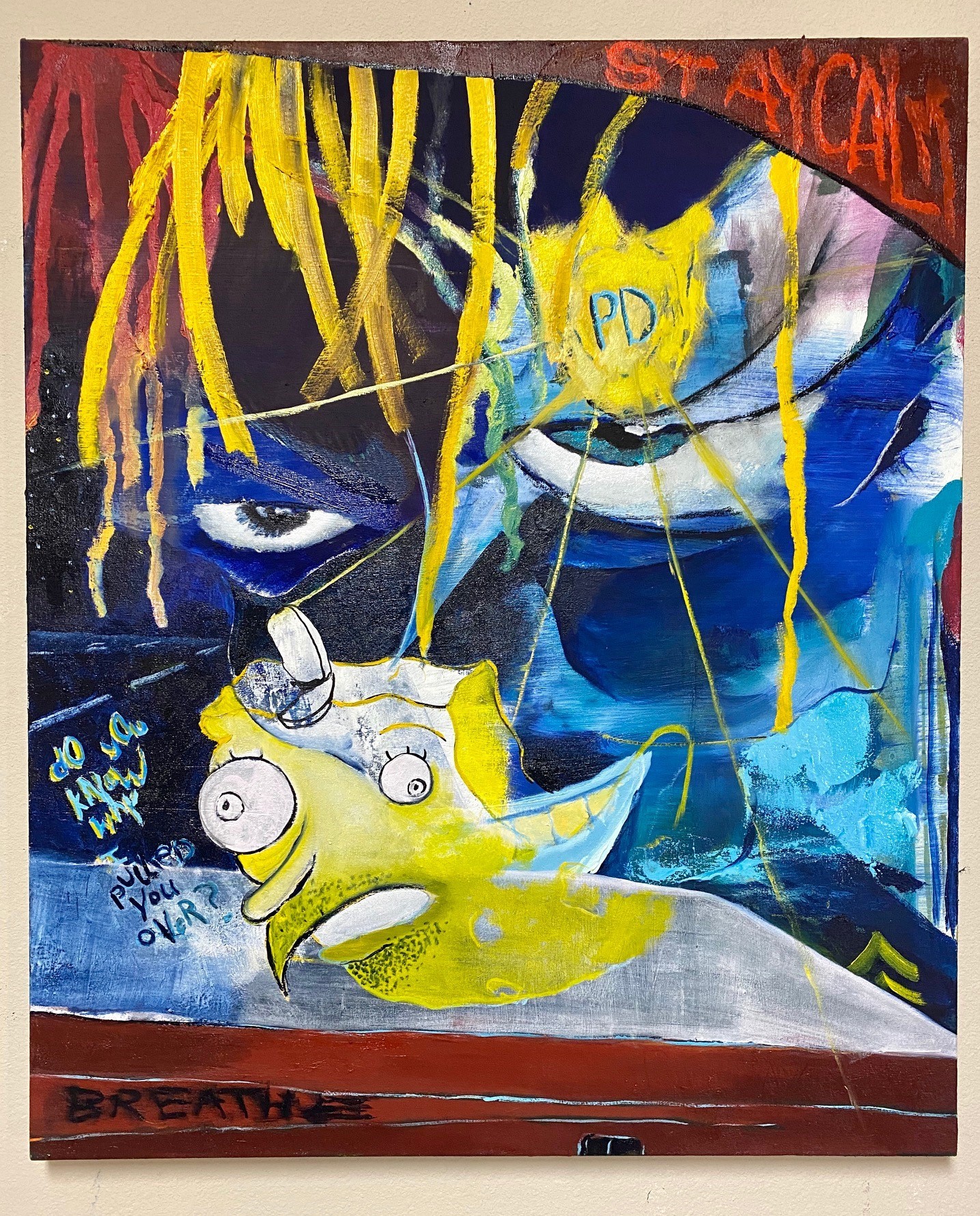 The feeling fleeted quickly, when I drove past a pair of police cruisers one night while returning from my part-time bartending job. Noticing the officers, I made sure to be extra careful about following traffic laws. I had just gotten off of work, it was a little past midnight, and I just wanted to get home.

I know there are laws when driving a car, and I follow these laws because (like most people I know) I hate being pulled over. I wear my seatbelt. I don’t speed. I use my turn signal when I need to change lanes — often thinking about Sandra Bland, who died in police custody after being stopped for an alleged failure to signal a lane change.

For some reason, on this night, one of the cops decided to tail me. With the officer’s vehicle very close behind, I decided to move over (with my signal) to allow them to pass. I knew I had done nothing to get pulled over, but a few seconds after, the blue and red lights turned on.

I was scared. Why was I being stopped? I immediately pulled over. The police officer and I had an exchange of words as he approached my vehicle, because my fear turned to anger and distrust. After they checked my ID in their car and handed it back, we had a somewhat lengthy conversation in which the police officer mostly defended pulling me over with the reason that I “changed lanes through an intersection.” I did change lanes to give this cop an opportunity to avoid profiling, but it was not in an intersection. I allowed the officer space to explain why he stopped me, and I was let go without a ticket — and with my life — but the whole ordeal has stuck in my head since. I knew I needed to paint it out. 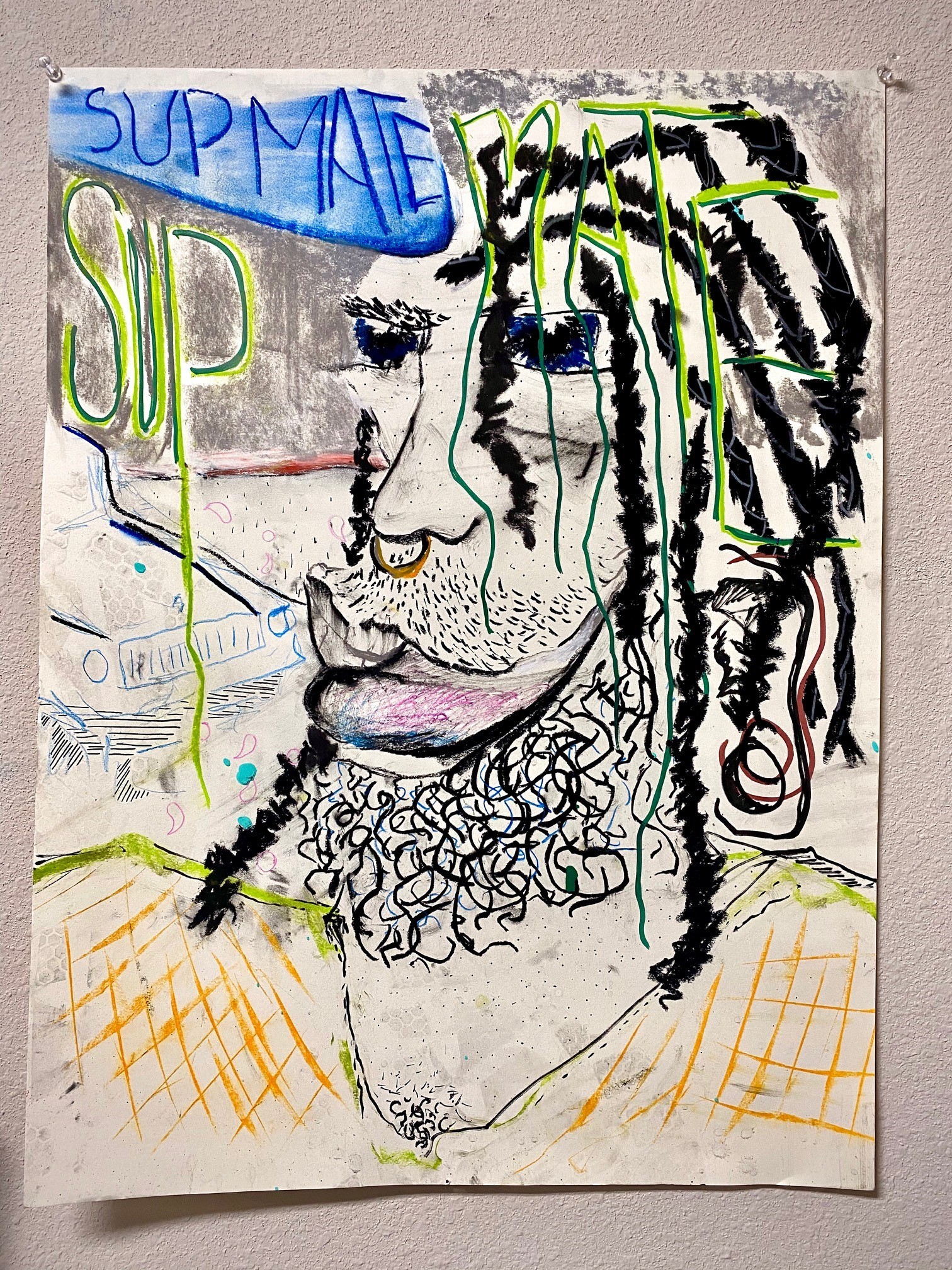 This whole process, beyond the incident with the cop, has allowed me to work on my listening skills. It feels like more people than ever are taking opportunities to be heard in a fast-moving world with a lot of noise. But it still seems like some who have been heard for a long time are now having difficulty giving space to those who haven't been. It’s been nice to slow down and listen. When I do get into the studio to try to sort everything out and make a painting, I will consider my own feelings and what I think in regard to these eye-opening conversations.

I will continue to work on the portraits, and you can access some studio updates through my personal Instagram. When it comes to painting, for me, it’s hard to set a concrete deadline. I've started some work that I thought would last for months and end up only needing a week's time of work. Some other projects have extended far past the few months I thought they would take. While I continue with this project beyond this month, I’ll continue to consider what contemporary portraiture is — what a portrait of someone can look like in 2020 and beyond. I’m interested in the combination of mental images, screengrabs, sketches, notes and lots of meditation to create portraits in which any viewer can see a subject they can relate to, in one way or another.

Calvin Pressley is a Studio School instructor who primarily focuses on subjective portraiture in painting and drawing. With a Master of Fine Arts degree from the Pennsylvania Academy of the Fine Arts (PAFA) in Philadelphia, Calvin maintains a studio in the Oklahoma City area and has exhibited nationally. Prior to graduate school, Calvin gained experience in oil painting and drawings of various mediums while studying art at the University of Texas in San Antonio and San Antonio College. As an arts educator, Calvin has assisted with classes at PAFA during the school year and in summer programming, as well as taught at the University of North Texas in Denton.

Editor's Note: This blogpost was written by Calvin Pressley and edited/formatted by Oklahoma Contemporary staff.