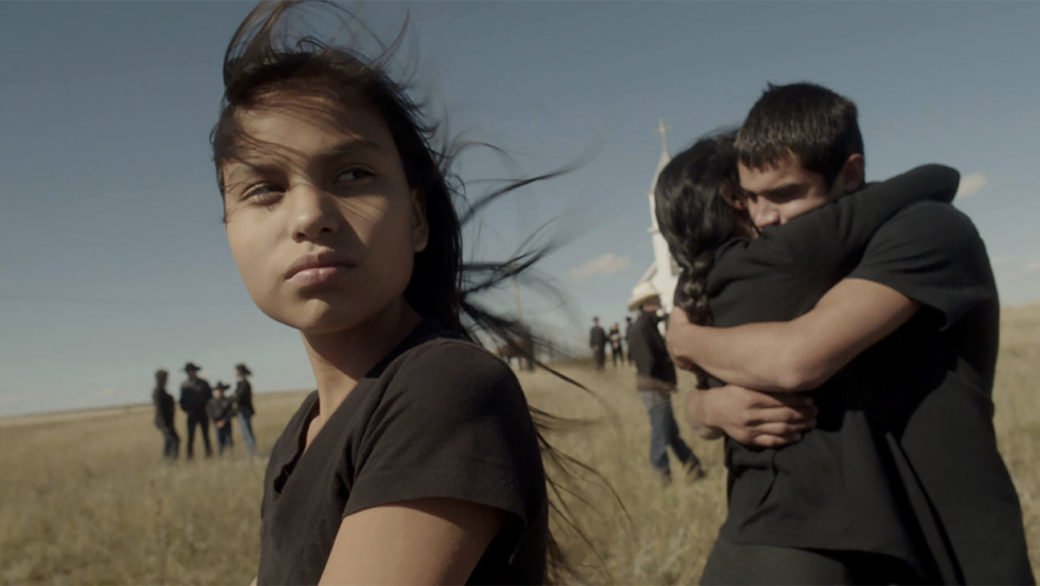 Exploring the work of Frances Marion and Chloé Zhao 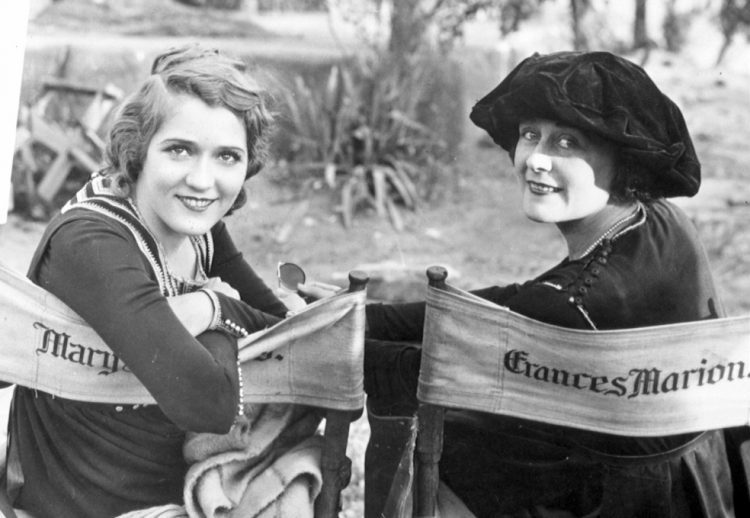 For today's #FridayFilms installment, we return to our ongoing celebration of women filmmakers past and present. In contrast to the contemporary landscape, early American cinema was dominated by women. Before the advent of the Hollywood studio system, multiple studios were run by women, many leading directors were women and more than half of all films were written by women. While the majority of these films are lost, there are many gems awaiting rediscovery.

This week, we’re training a lens on one of cinema’s most prolific and lauded screenwriters, Frances Marion, and a celebrated independent auteur on the cusp of major projects with Marvel Studios and Amazon Studios, Chloé Zhao. Across many films for Marion and in two features and as many upcoming projects for Zhao, each filmmaker crafts nuanced stories focused on men and masculinity. Whether in the 1920s or 2020s, the takeaway is the same — women filmmakers deserve more opportunities to write and direct the kinds of pictures studios usually reserve for men. 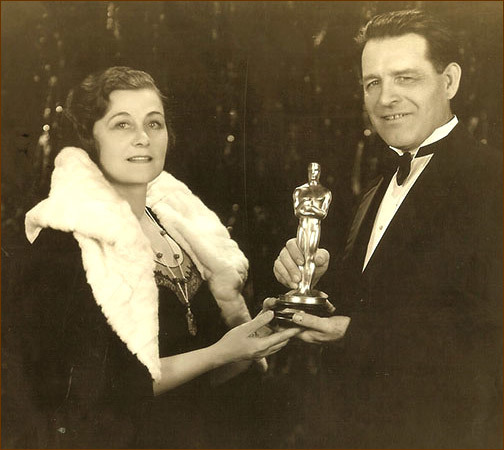 Frances Marion won the Academy Award for Writing in 1931 for the film The Big House, followed by a consecutive win for The Champ in 1932 (Source: WednesdaysWomen.com)

Frances Marion arrived in Hollywood at a time when writers ruled. Lois Webber, whose work we explored in a previous post, offered Marion a gig as a writing assistant at the studio she was running in 1914. Three short years later, Marion became the highest-paid screenwriter in Hollywood. As this was more than a decade before talking pictures would supplant silent cinema, writers primarily created stories and scenarios that directors would use as the basis for shooting. Marion quickly established herself as one of the premier storytellers in the industry, becoming the go-to writer for many producers and directors and a favorite of “America’s Sweetheart,” Mary Pickford.

By the end of the next decade, Hollywood underwent a seismic shift with the arrival of synchronous dialogue and music in The Jazz Singer. By 1929, studios had all but abandoned the style of filmmaking dominant for decades. Many writers, directors and world-famous actors, including Buster Douglas, were left behind as the studios embraced sound.

Not Marion. In 1929, she wrote the screenplay for Greta Garbo’s first talkie, Anna Christie, proving she could adapt with the times. A year later, she won the screenwriting Oscar for The Big House, the first for a woman. The following year, she won again for writing The Champ.

Both films would become highly influential, creating templates that many other writers used to make pictures with similar characters and settings. In each picture, Marion draws portraits of men on the margins of society: convicted felons, drunks, gamblers and washed-up prize fighters. And in each picture, Marion successfully exploits the stereotypes of these hypermasculine characters to explore the vulnerability of their conditions and the precariousness of their lives. 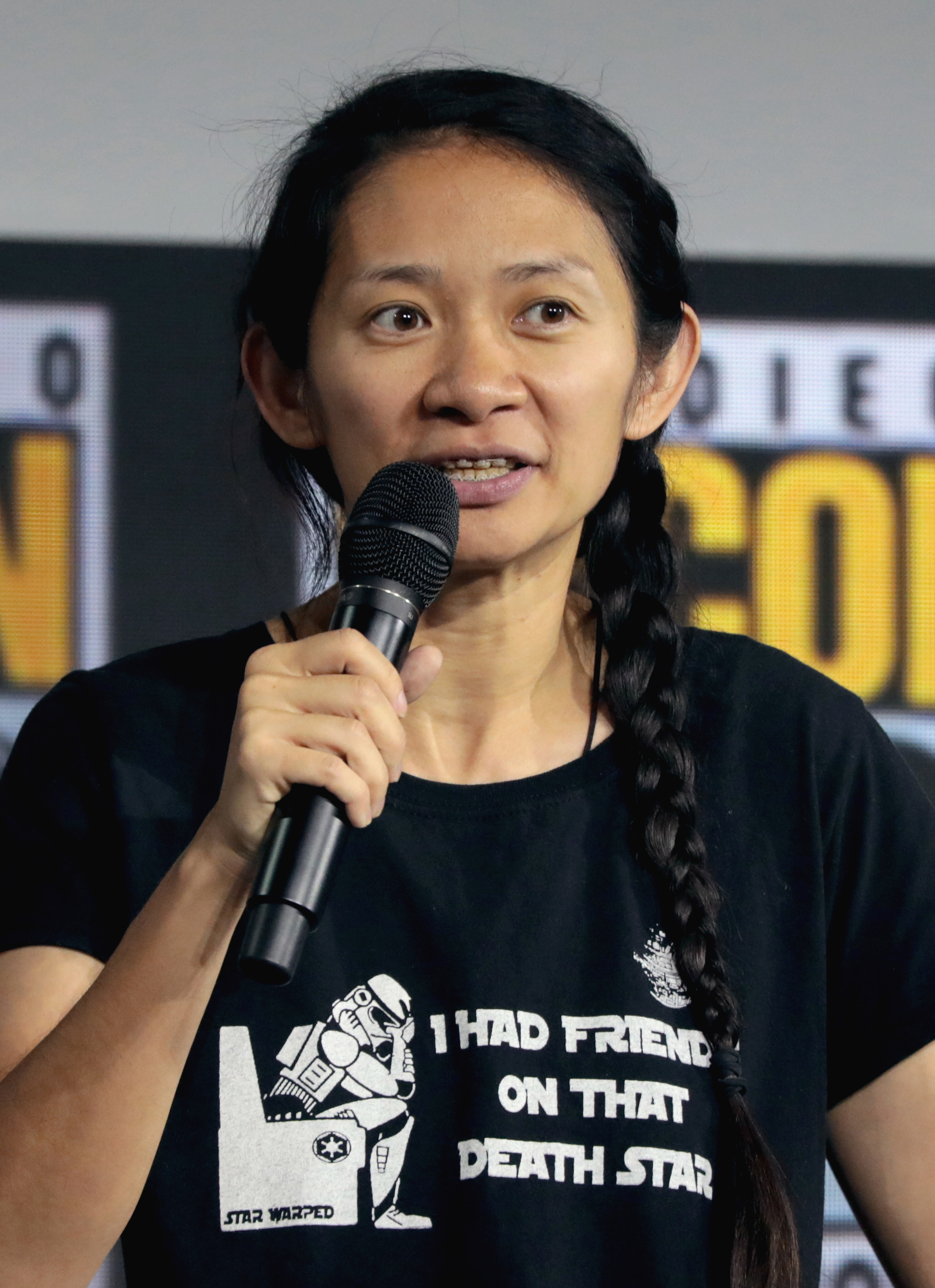 Zhao burst onto the international cinema scene with 2017’s The Rider, a film she wrote, directed and produced. Born in Beijing and educated in London, Massachusetts and New York, Zhao became interested in the American West while developing her first feature film, Songs My Brother Taught Me, which premiered in 2015 at the Sundance International Film Festival. Each film is set on the Pine Ridge Reservation in South Dakota and features, in the tradition of Neo-Realism, nonprofessional actors, many of them playing themselves or dramatized version of themselves. And each story revolves around the lives of Lakota Sioux families living on the Reservation.

Zhao met Brady Jandreau while shooting her first feature. She was drawn to the young cowboy and knew she wanted to work with him on a future project. Several months later, Brady suffered a serious head injury, effectively ending his rodeo career. After Zhao learned of his accident, she developed the story for The Rider.

Following the contours of Jandreu’s life, The Rider tells the story of Brady Blackburn, a young Lakota Sioux cowboy recovering from a serious accident and charting a path back to rodeo glory. The trappings of a contemporary Western are all there: the gritty cowboy attempting a comeback, the sweeping views of plains and sky, the galloping hooves of horses. But this is no Western in the traditional sense. Decade after decade, Hollywood films in the genre trafficked facile and dehumanizing stereotypes of Indigenous people as bloodthirsty savages and backward hostiles getting in the way of white alpha males and the march of Manifest Destiny. Cowboys vs. Indians. Less of a departure from this long arc of a historical narrative violence, Zhao’s film introduces a new, honest approach to capturing the uniqueness of the American West, diverse experiences of masculinity and the multiplicity of cowboy culture.

Critics have claimed Zhao reinvented the Western with this picture. But her project is even more ambitious than that. With The Rider, Zhao creates a film that explores familiar themes in unfamiliar ways, subverting our expectations and opening up new avenues of storytelling and character development. Zhao once said, “We live in a culture that celebrates winners.” In this film, we encounter character after character who can’t seem to catch a break, let alone win. Far from a tale of the broken American dream, for the Blackburn family and other characters in the film, the dream never existed.

Frances Marion would continue writing throughout the 1930s and 1940s, eventually drafting over 300 scripts and writing the screenplay for 130 produced pictures. Few writers of any era matched her productivity, and fewer still achieved her level of influence and ingenuity. In her retirement, she moved to New York to start a sculpture practice — a clear example of her one-time observation: “In creative minds there is a strong instinct for any progressive movement forward.”

On the heels of The Rider, Zhao’s momentum continues its forward trajectory. The auteur has two projects in post-production, Nomadland, featuring Francis McDormand, and the next installment in Marvel Studios' ever-expanding cinematic universe, The Eternals. She’s also set to helm Amazon Studios' upcoming biopic of Oklahoma legend Bass Reeves — the first Black deputy U.S. marshal. Just as Frances Marion’s Golden Age masterworks upended convention and redefined protagonists, these films are likely to subvert stereotypes and explore the lives of those left out of most chapters of Hollywood history.

In a future post in this series, we’ll turn the page to one of the founders of experimental cinema, Maya Deren, whose avant-garde films continue to influence generations of artists, and Julie Dash, the master auteur behind Daughters of the Dust.