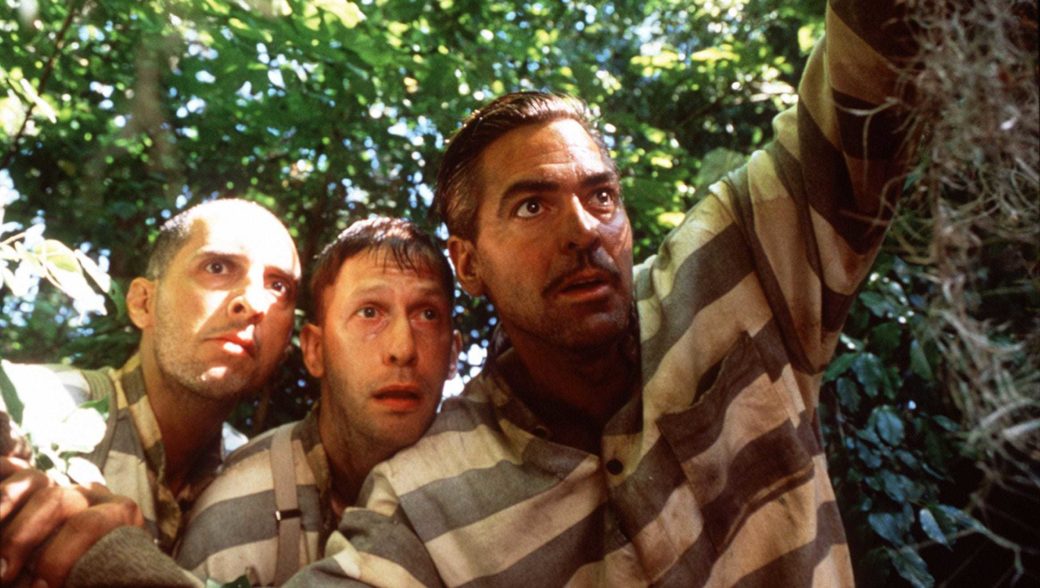 Streaming movies based on books, selected by Oklahoma Contemporary staff 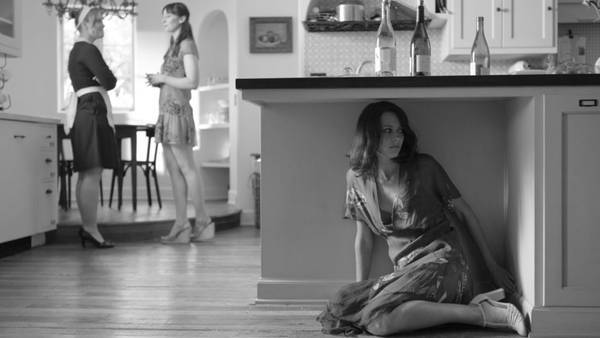 We're in a literary mood here at Oklahoma Contemporary. It probably has something to do with our epic livestream reading of Emily Wilson's translation of The Odyssey, which kicked off last night in style with civic leaders and celebrity guests like musician Leslie Feist, Mayor David Holt and more. In that spirit, today's #FridayFilms installment is all about our favorite movies based on books.

Before you tune in to tonight's 7 p.m. Odyssey reading here on our website, Facebook or YouTube, plot out the rest of your literary weekend viewing with this staff roundup of films taking their source material to surprising new heights.

Impish auteurs Joel and Ethan Coen claim to have never read The Odyssey, but they're responsible for its most memorable adaptation of the 21st century. Far from a straight re-telling of Homer's epic poem, O Brother Where Art Thou? took the culture by storm on multiple fronts — not the least of which was the roots revivalism of its Grammy-winning Americana soundtrack, a feature so central to the movie it was recorded before filming. Plunking the timeless journey of Odysseus into the Jim Crow South of the 1930s, complete with John Goodman as a white supremacist Cyclops, the Coen Brothers screwball adaptation — featuring Oklahoman Tim Blake Nelson in the fan-favorite role of Delmar O'Donnell — is one of the funniest and most re-watchable entries from America's finest living filmmakers.

You might not think Shakespeare lives in the same wheelhouse as Buffy’s Scoobies or cosplaying Browncoats. But let’s ponder a minute — fast-talking, quippy characters who build a family by choice. Strong and sassy heroines. Envelope-pushing plots. Epic speeches. Mad chemistry. Surprising comedy hiding unforeseen depth. Suddenly, it starts to seem inevitable that Joss Whedon would stage Much Ado About Nothing, bringing together loyal casts-from-the-past (notably Amy Acker, Alexis Denisof, Nathan Fillion, Clark Gregg and Fran Kranz) during a 12-day post-Avengers “vacation.” The adaptation, which felt modern when released nearly a decade ago, rings even more true in the #MeToo, quarantine era. (If you’re craving a new set of walls, the entire B&W production was filmed in Whedon’s own home.) The flick is beautiful and breezy, sexy and smart and as joyful as your heart can hold.

Available on: Hulu and HBO

My absolute favorite movie of all time is The Last Unicorn based on the book by Peter S. Beagle, who also wrote the screenplay. It is a 1982 animated film produced by Rankin/Bass Productions. This timeless story follows a unicorn that hears she is the last of her kind; all others have been chased to the ends of the earth by a monster (the Red Bull) for the pleasure of a selfish king. On a journey in search of answers, she encounters an assortment of memorable characters: a witch with a Midnight Carnival, a bumbling magician in search of true magic and a careworn woman associated with a band of Robin Hood wannabes. This movie has a unique animation style and features the incredible voice talents of Alan Arkin, Jeff Bridges, Mia Farrow, Angela Lansbury and Christopher Lee with music by America. I watch The Last Unicorn at least once a year because it holds great nostalgia for me and I’m always on the lookout for special collector’s editions. Highly recommend.

One of my very favorite books-turned-movie is by a German author named Patrick Süskind. The book (published in 1985) and movie (released in 2006) are both titled Perfume: The Story of a Murderer. The main character, Jean-Baptiste Grenouille, is born into extreme poverty and abandoned at the moment of his birth, in Paris in the 1700s. Grenouille's story could have ended with his infant death, but the child possesses a precious gift: an extraordinary sense of smell that propels him into life. The tale follows him from abandoned orphan to calculating killer to a man so deeply desired by the world they covet him into oblivion. I love how reading the book seems to heighten your senses with its beautiful olfactory descriptions. The movie is equally stimulating and includes great performances by both Alan Rickman and Dustin Hoffman. The book has been translated into 49 different languages and sold over 20 million copies worldwide. Netflix recently released a series called Perfume that also references this great literary work.

True Grit, a novel by Charles Portis, paints a bleak Western landscape behind a hunt for an outlaw guilty of murder. The stellar trio (Jeff Bridges, Hailee Steinfeld and Matt Damon) are on a journey for justice, but secretly seek a human connection amid a chaotic and lawless land. Despite several bonding opportunities, our characters never fully realize a true friendship and ultimately drift apart, each losing something that they hoped to gain. I know it sounds grim, but this adaptation adheres to Portis’ original work and tells a better story than its John Wayne-ized predecessor. This is one of my favorite Coen Brothers’ films.