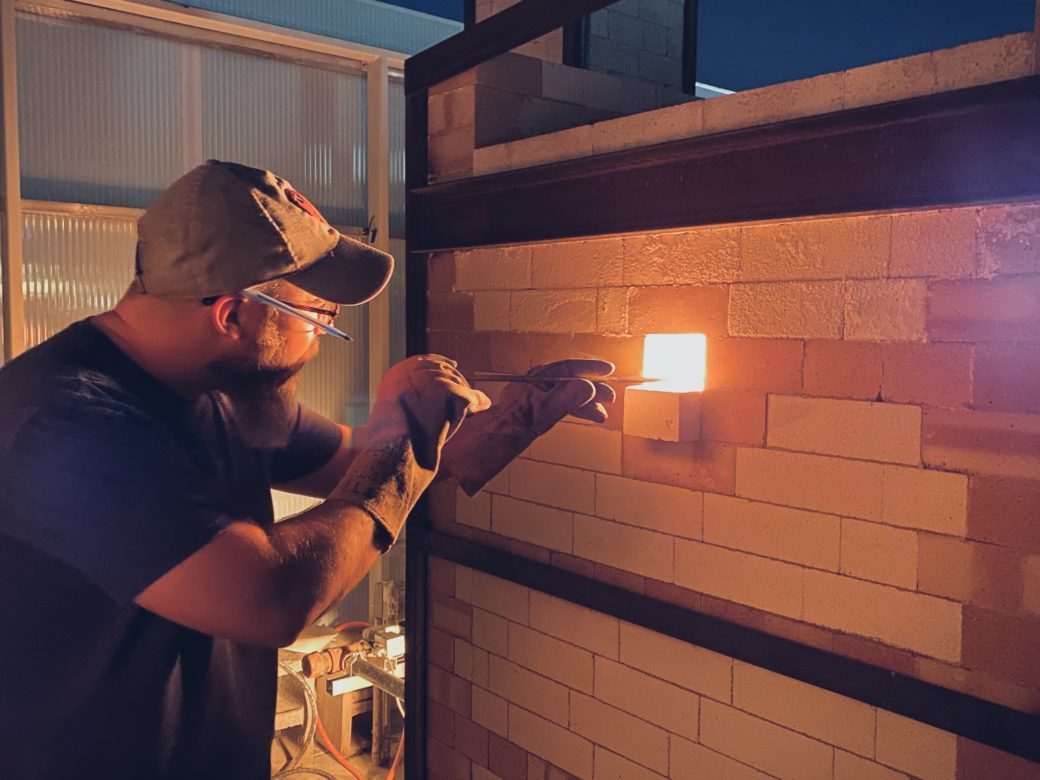 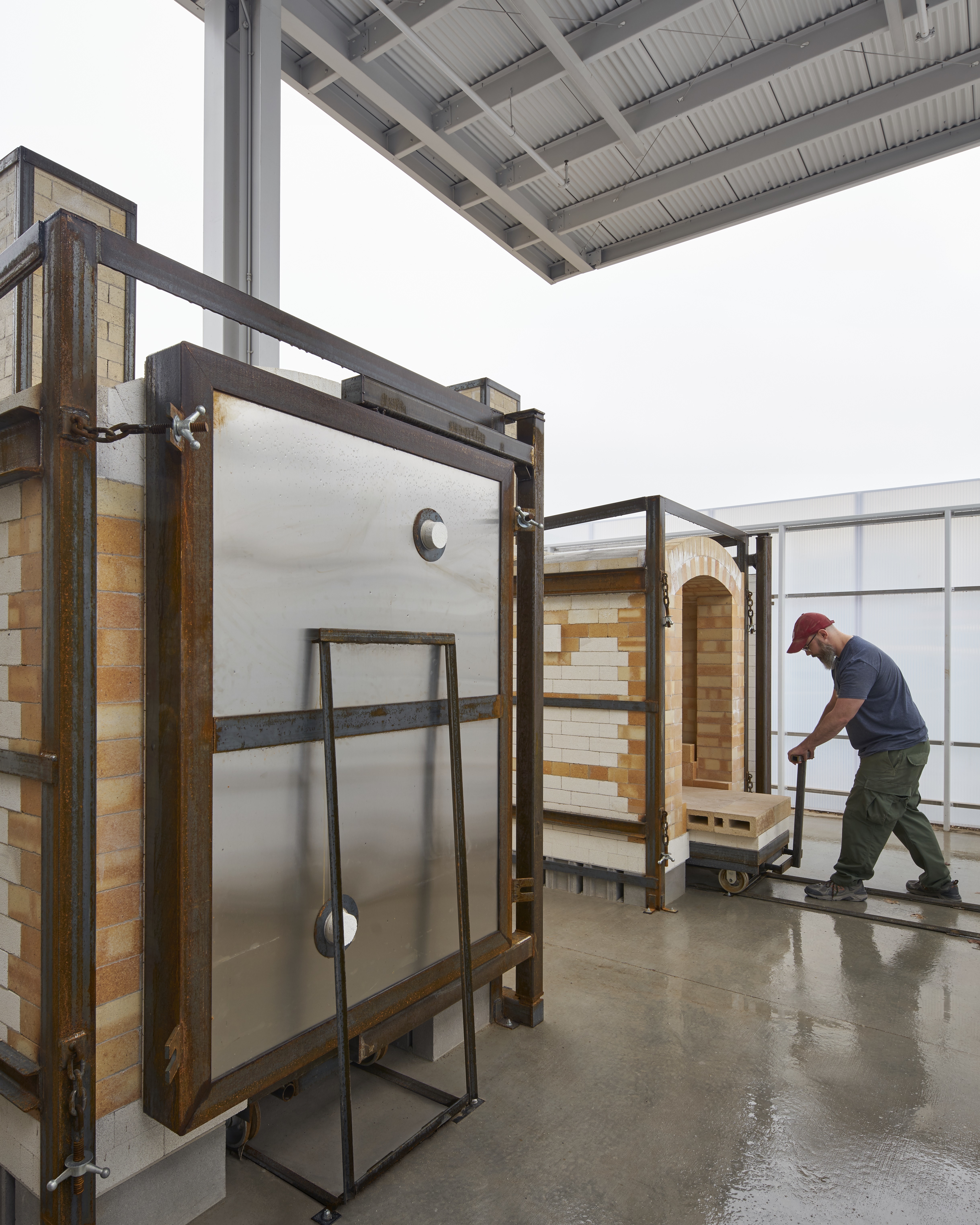 There's a lot of room for surprises when it comes to ceramics. For Studio-in-Place artist David Stevens, who also oversees Oklahoma Contemporary's ceramics program, the process of pulling finished objects from the kiln is tinged with more than a little excitement. "Unloading is always like Christmas," Stevens said. "You're either gonna get something you kind of expected and are excited about, something you're not expecting at all — or it just sucks."

We caught up with Stevens, whose digital residency project blends ceramics and storytelling to explore cultures real and imagined, as he unloaded his first tests from the August series.

"There's no such thing as a bad test or a failed experiment," Stevens said. "Because it always tells you something. You learn from it. That's the stage my project is in now: testing and experimenting, to see what needs to be adjusted for the final objects."

Stevens shared a few of these objects, along with some insight into their creation and inspiration. Check out the in-progress works below, and be sure to catch up with the rest of Stevens' Studio-in-Place content, including last week's #FridayFilms installment featuring movies that have inspired the project. 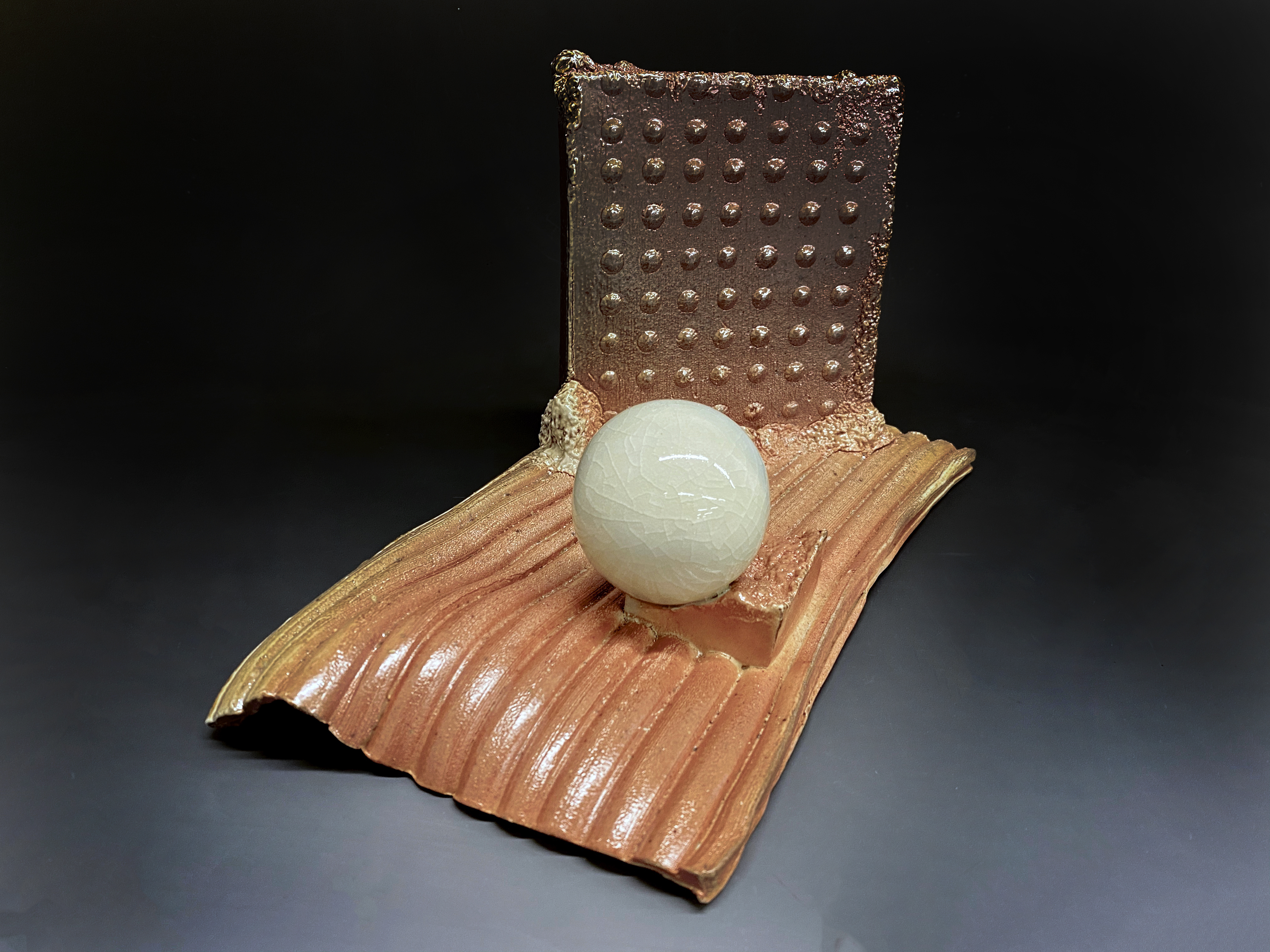 "Here's the first piece fired in the soda kiln. This was actually made a few months ago, when I was first investigating themes and aesthetics for my Studio-in-Place project. I needed to test out some finishing options: glaze, slip, paint, temperature and atmosphere. Bonus: It looks real '80s -- unintentionally, but I'm digging it." 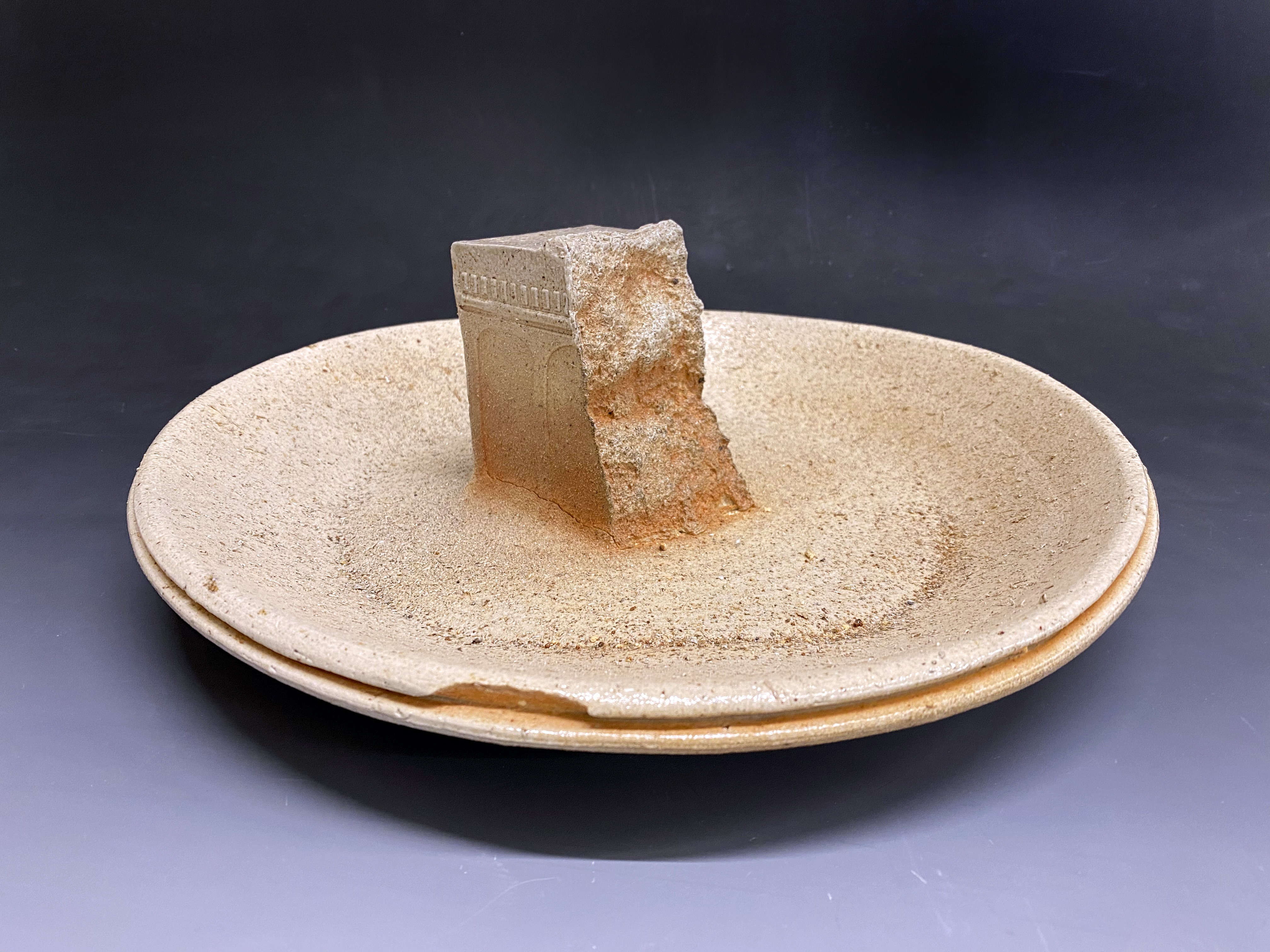 "This is another earlier piece that has really given me a lot of information, both on how I'm currently assembling work for this project and finishing the work. This piece is just raw clay. All of the color comes directly from the soda firing process.

"You notice the chip in the rim. This platter was at the top of the kiln the first time I fired; and when the roof collapsed, this platter caught the roof, saving the entire kiln. There is also a slight warp in the platter, because it was in its pyroplastic range during the collapse, which is a material state when the clay isn't quite solid, allowing it to bend instead of break completely." 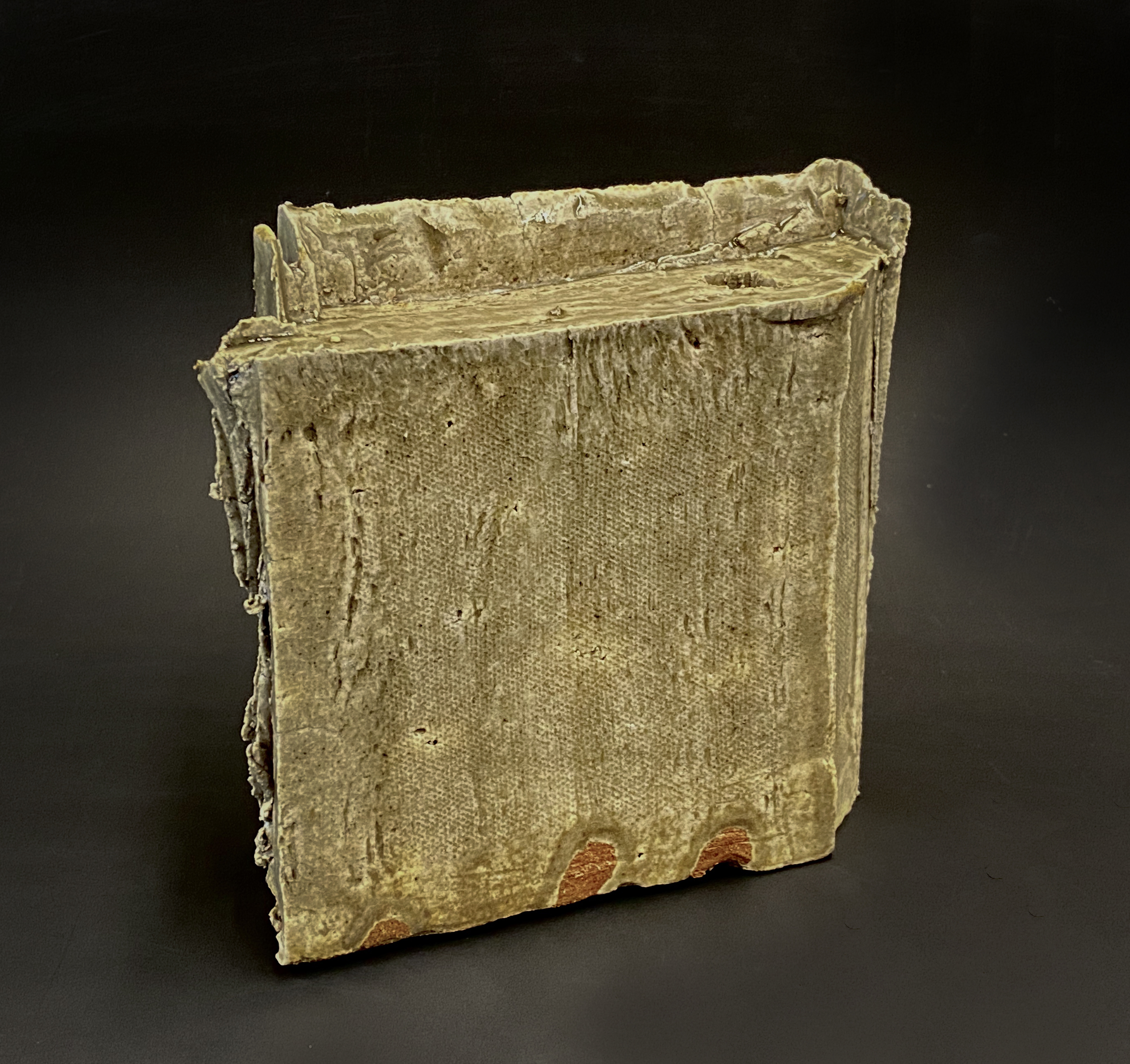 "This piece is a 'vase,' meaning it has a hole in it. I glazed it in our Studios' Celadon. I like the historical reference to Korean pottery this gives me." 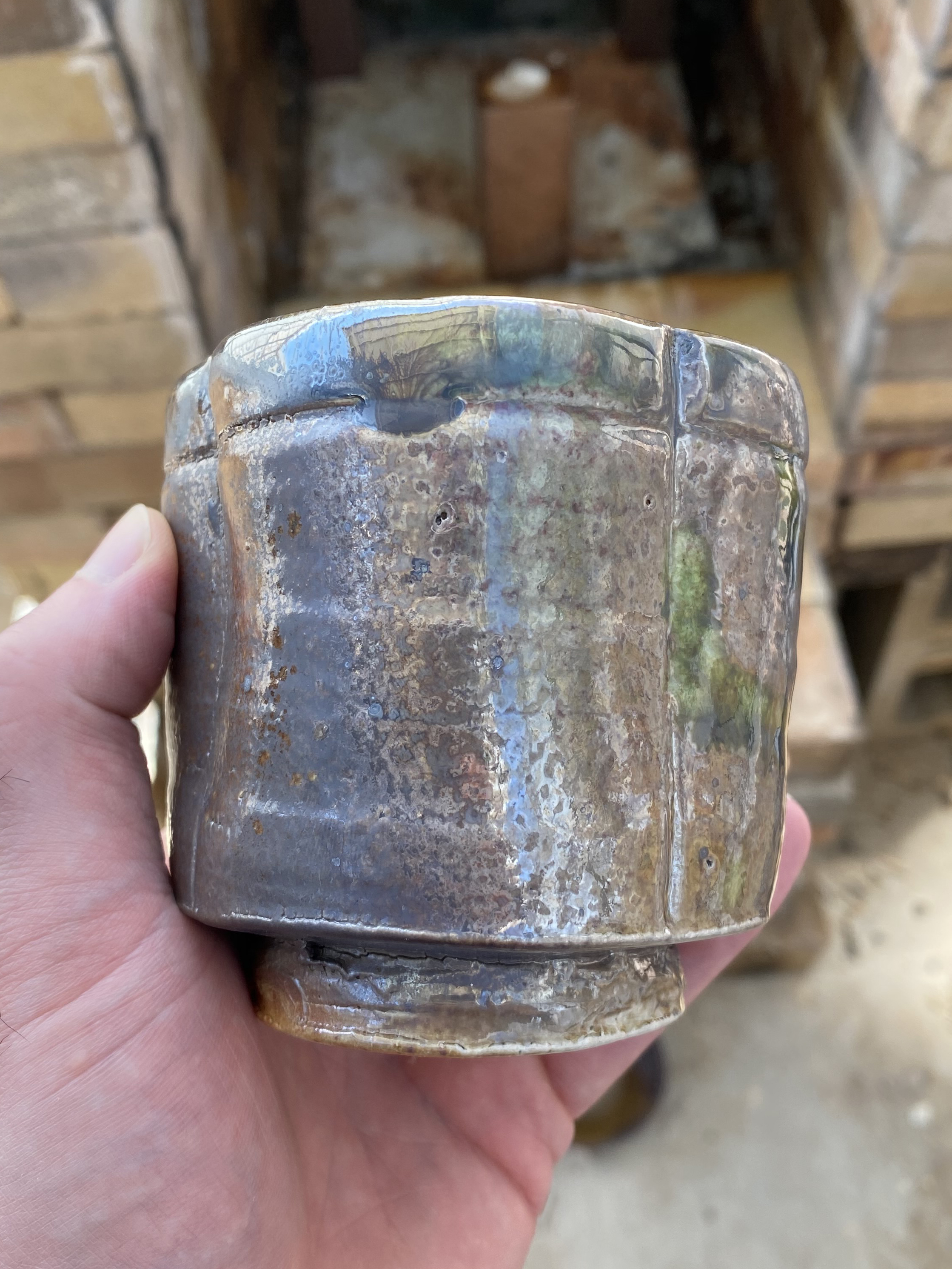 "This was made from a new slip recipe that I found while researching for the soda kiln. Its called Bova Tizzy, named after Joe Bova, who taught at LSU and (the other) OU. I never found any description of the slip, but I liked the name so I mixed up a small batch. Its been fun so far. It ranges from a deep satin black to the luster, almost fish-like coloration you see here."