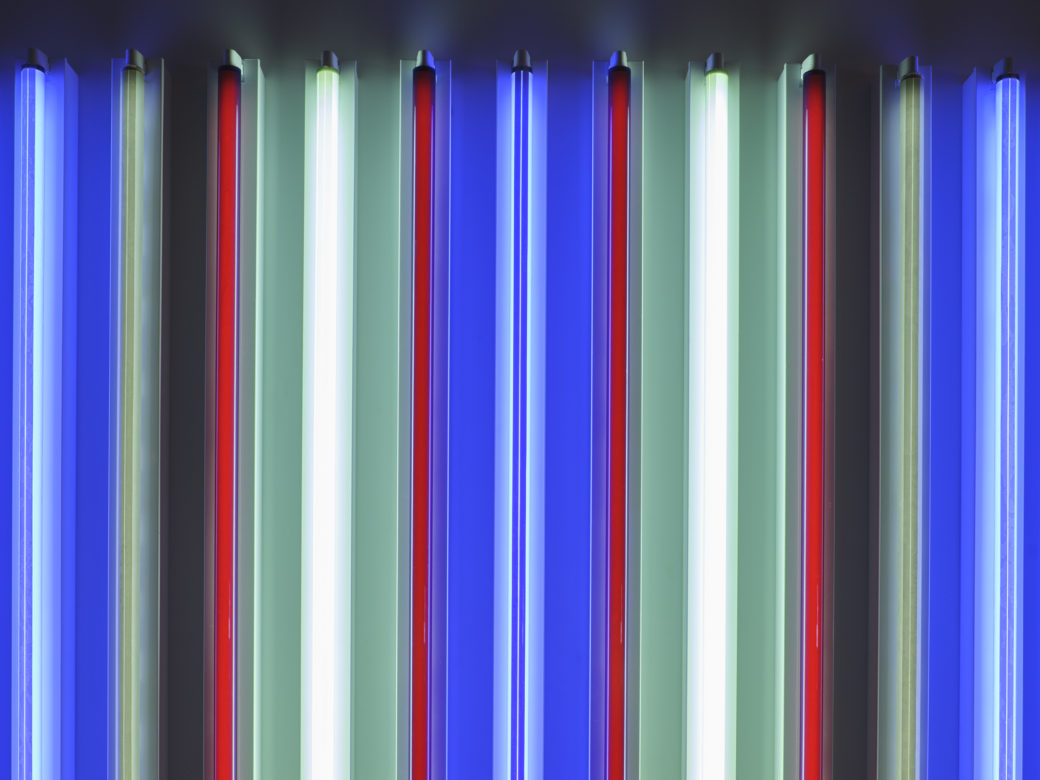 The Bright Golden Haze artist on "playing with light" 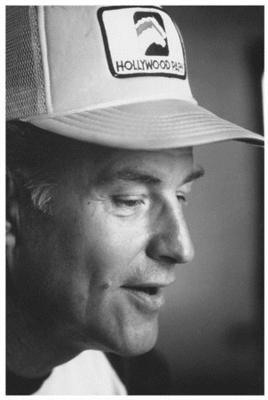 Environment matters in the work of Robert Irwin. A leader in the Light and Space movement of the 1960s, the trailblazing artist has produced 55 site-conditional projects exploring the possibilities of perception. Whether in the Central Gardens of the Getty Center in Los Angeles or the rugged desert surrounding Chinati Foundation in Marfa, Texas, Irwin's spellbinding installations ask us to consider our senses and surroundings.

Given this emphasis on environment and perception, the artist's Lucky You installation feels especially at home in Bright Golden Haze, Oklahoma Contemporary's inaugural exhibition exploring the relationship between light, place and space in contemporary art.

Irwin's immersive light sculpture cycles through four different variations of colored light, shifting the viewer's perception of the surrounding environment. This has been a hallmark of the artist since pivoting to installation art after launching his career as a painter in the 1950s. “If you’ve been a painter, you learn all these things about how colors act and interact with each other," he told The Los Angeles Times. "Here, we’re playing with light.” 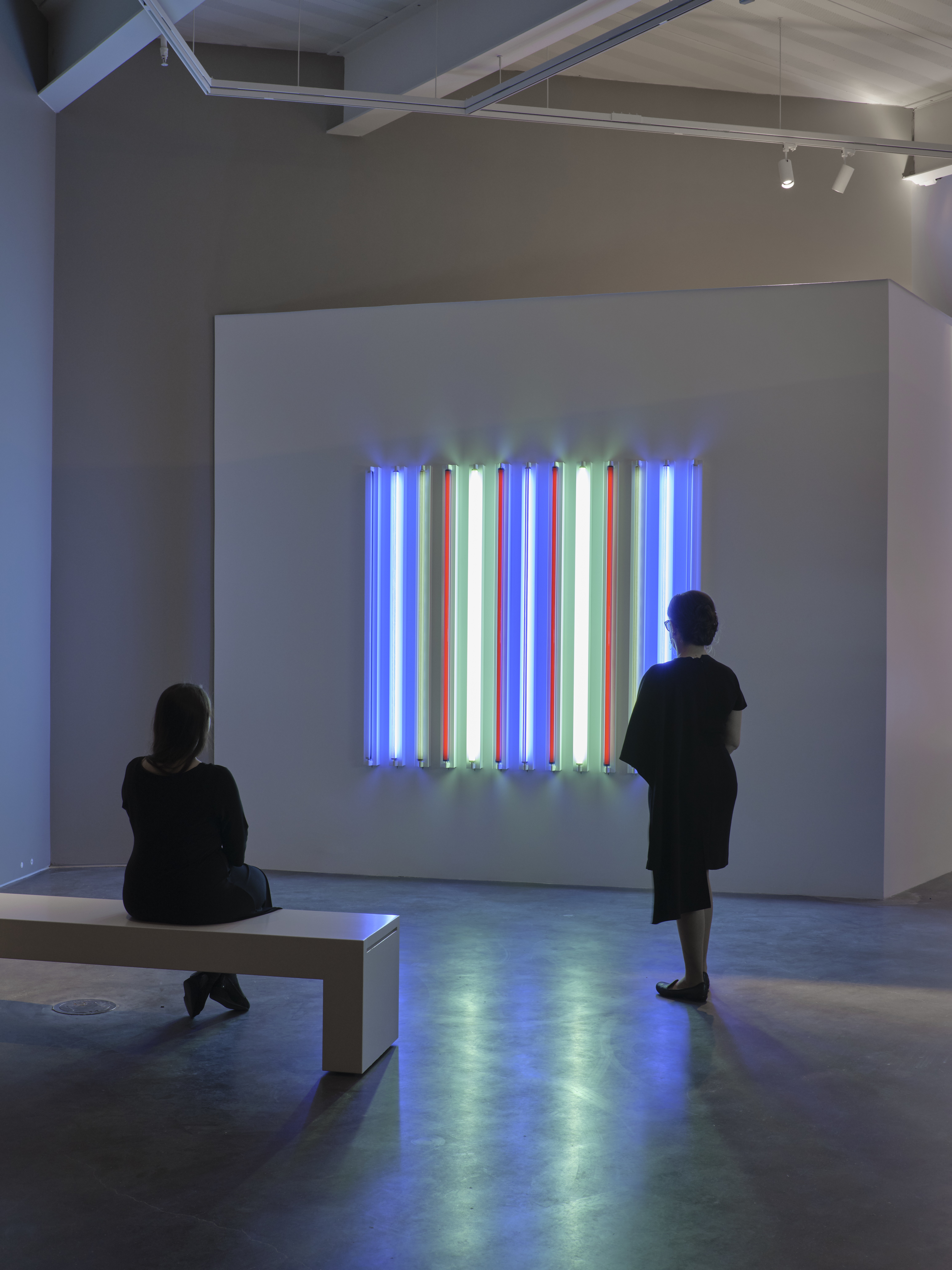 Lucky You (2011) by Robert Irwin, on view in Bright Golden Haze. (Photo by Alex Marks.)

Since trading his paintbrush and canvas for fluorescent tubes and theatrical gels, Irwin has developed an international reputation over the past six decades as one of the world's leading installation artists. In addition to being the first artist to receive the John D. and Catherine T. MacArthur “Genius” Award, Irwin has also been a Guggenheim recipient and elected member to both the American Academy of Arts and Letters and the National Academy of Design.

Irwin sees art as "conditional," relying on the experience of the viewer and the environment in which it's presented. “The idea of a conditional art doesn’t fit any of the traditional models," he told the Los Angeles County Museum of Art (LACMA). "It’s about something that engages you, so that you can participate.”

Visitors to Bright Golden Haze will have the opportunity to participate in Irwin's immersive light work for themselves. Limited timed tickets are currently available, allowing you to explore the exhibition at your own pace and in your own space. Until then, learn more about Irwin and the movement that changed contemporary art history with the below interviews from LACMA and Newfields, along with a digital art talk from art historian Francesca Giani, who puts Irwin's work into conversation with fellow exhibiting artists James Turrell and Olafur Eliasson.