The Seam of Heaven by Marianne Nicolson 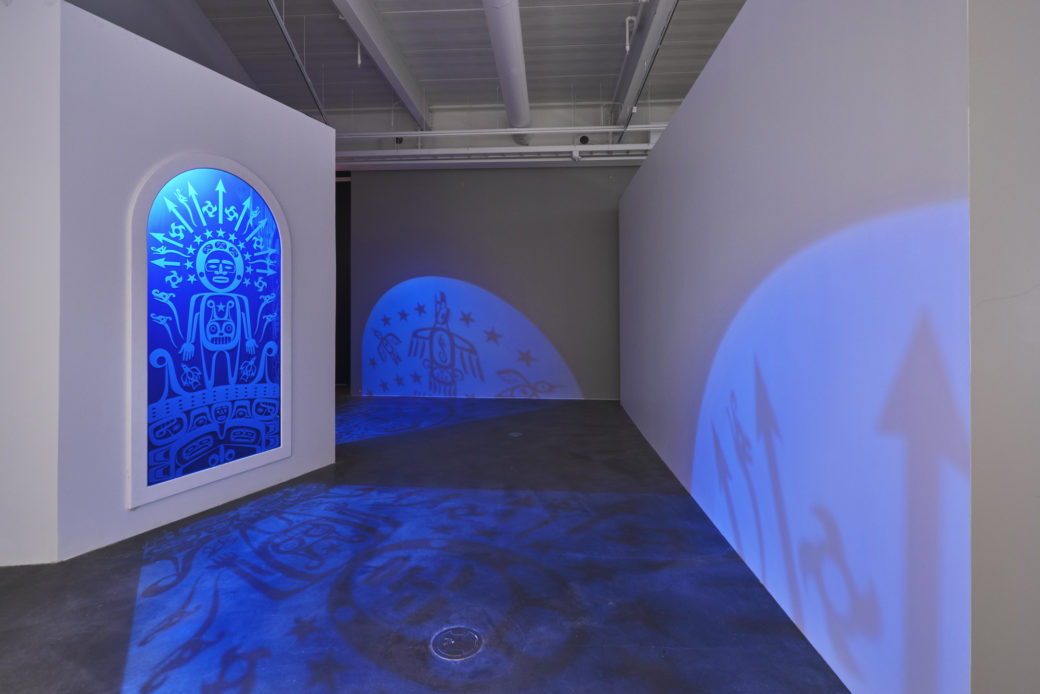 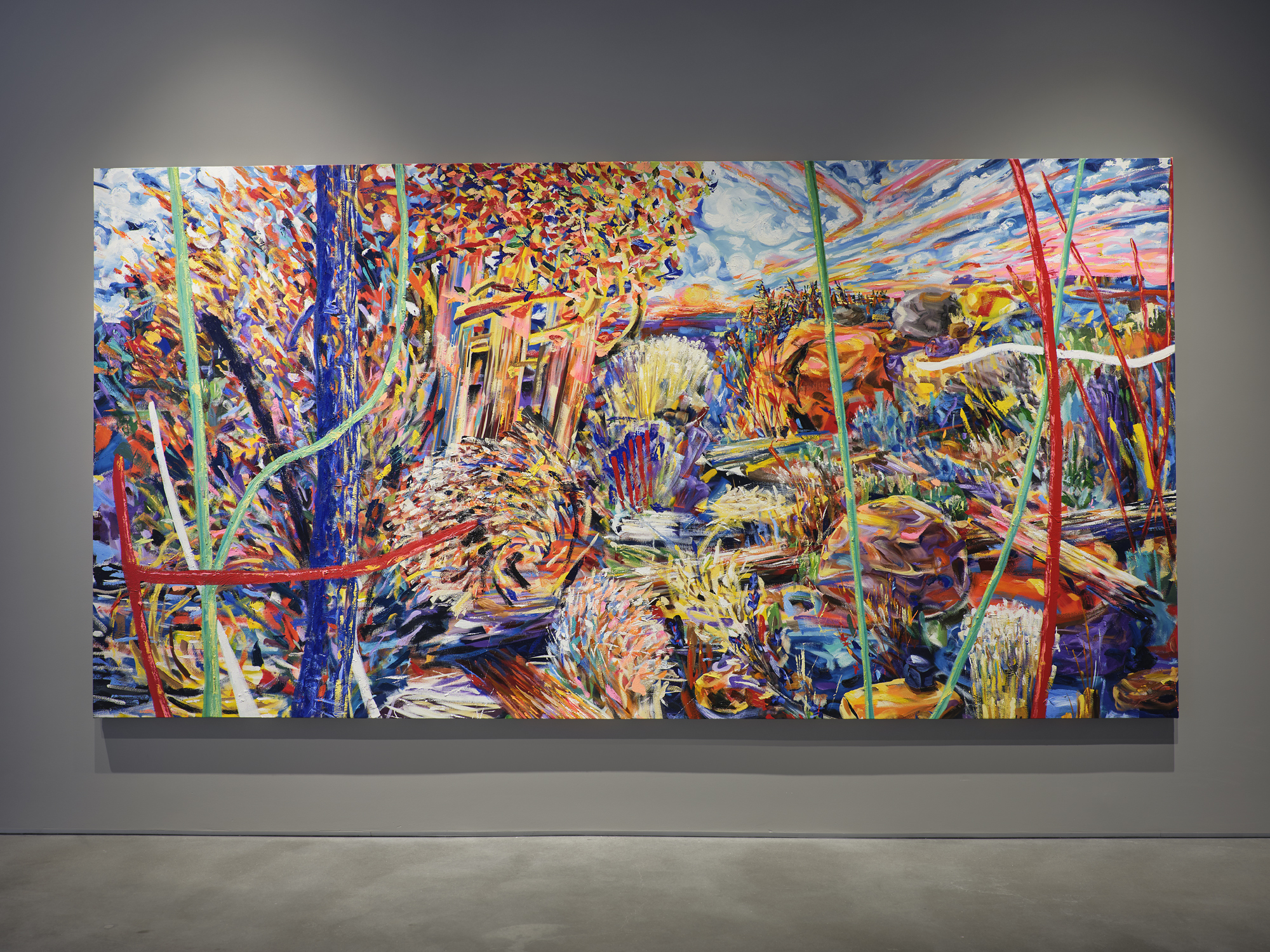 When artist Yatika Fields set out to create his large-scale landscape painting commissioned for Bright Golden Haze, he made the unusual choice to put the sun front and center. “It’s something you don’t really see in paintings ever, because it’s tricky, and it’s almost cliché,” he said. “But because this piece is about light, I wanted the sun to be central.”

With that ancient light source in view, Fields’ Eternal Sun explores the themes of light and place coursing throughout Oklahoma Contemporary’s inaugural group show — a topic to be explored from an Indigenous perspective during an upcoming panel discussion as part of the Thursday Night Late series.

The virtual Nov. 19 talk, led by First Americans Museum Senior Curator Dr. heather ahtone, will feature a dynamic conversation with Fields alongside fellow Bright Golden Haze and Shadow on the Glare exhibiting artists, Keli Mashburn and Marianne Nicolson. In addition to each artist’s unique play on light and place, the panel will discuss the contributions of Native artists to Oklahoma Contemporary’s inaugural exhibitions and the contemporary art world writ large. Space is limited — reserve your online spot here. 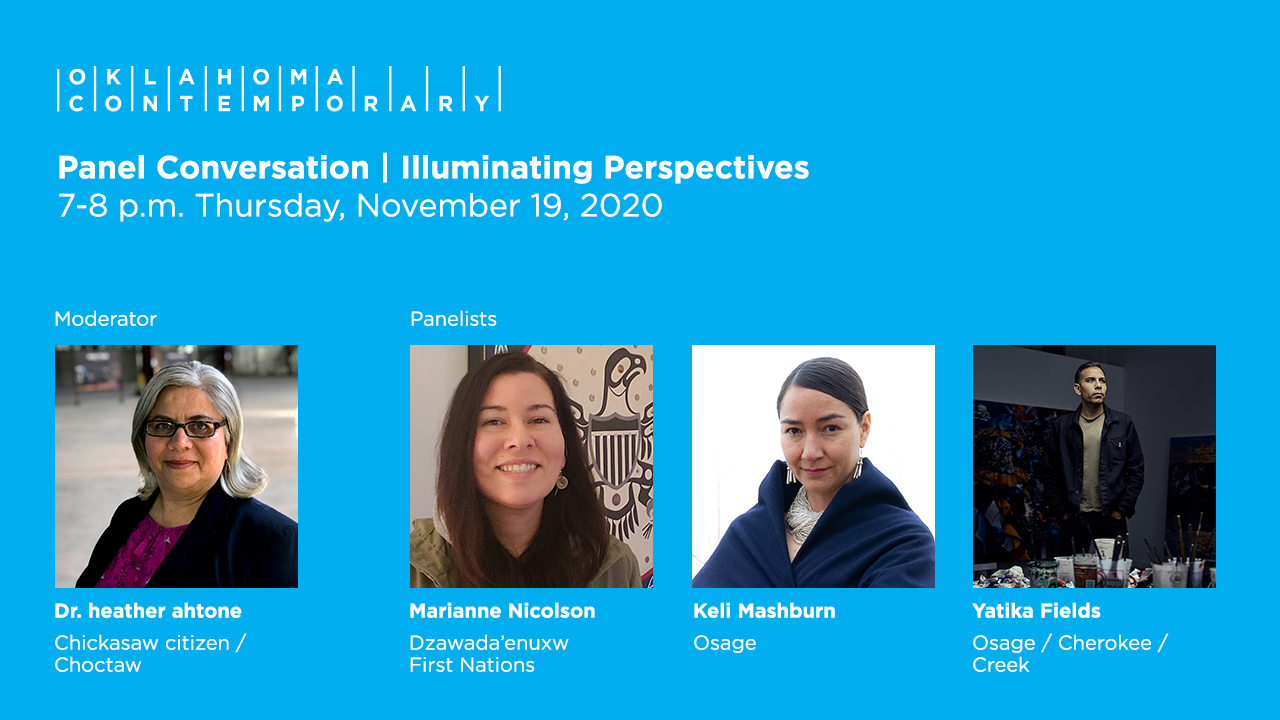 The Illuminating Perspectives panel will be held at 7 p.m. Thursday via Zoom.

"I'm looking forward to a really dynamic conversation with the artists, drawing from our cultural philosophies, about the idea of light," ahtone said. "Sometimes from a Western approach, light is not as metaphorical — it's grounded in the sciences. I certainly think that's interesting, but it's a flattened representation of the idea of light."

Fields’ Eternal Sun gets plenty of mileage from this tension between the scientific and spiritual qualities of light. “The beautiful thing about landscape painting is it’s all a play on light. Everything is fragments of light," he said. "I learned when I was younger that particles of light create the colors we see in nature. They create what we see in front of us. Nature is just these particles of color. It’s light, fragmented.” 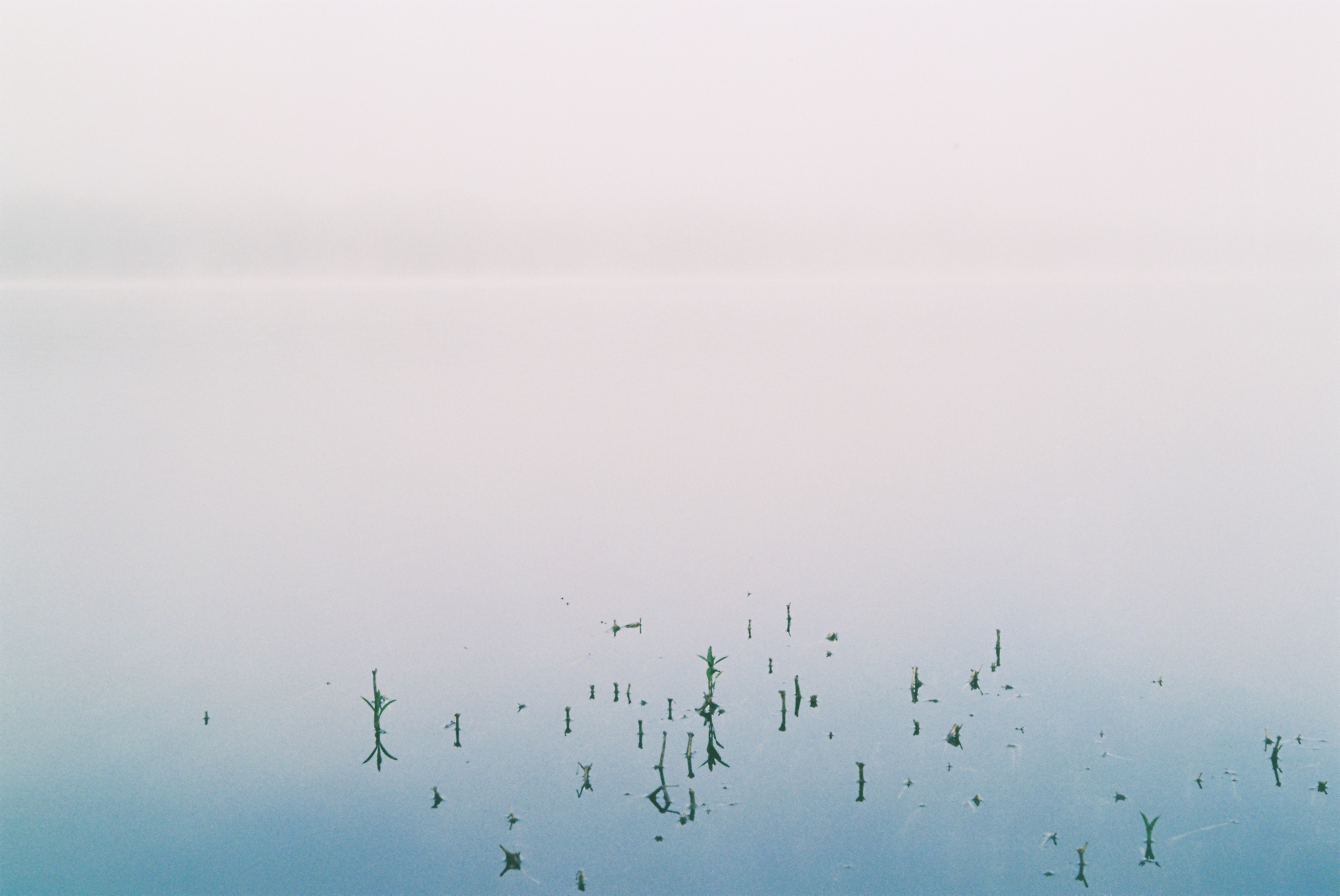 Light is essential to more than the art practice of Shadow on the Glare artist Keli Mashburn. "I'm a photographer, so light is everything," she said. "Light, shadow, darkness — that is everything for me. Of course Natives have a deep philosophical history of contemplating light, and it's evident in the language. If you take 10 minutes with it, you'll see just through the movement of the language and different descriptors for different kinds of light, how it moves."

Not unlike Mashburn’s arresting photographs from Osage Territory and beyond, Marianne Nicolson uses light to explore the politics and possibilities of the land — past and present. Her Ḱanḱagawí (The Seam of Heaven) immersive sculptural installation, which compares the imagery of the Milky Way to the Columbia River, draws from the cosmology of the artist’s Dzawada̱ʼenux̱w First Nations heritage. Divided into two glass panels, one side represents the spiritual essence of the river while the other features pictographic images referencing those carved by Indigenous peoples along river systems and other significant natural sites. 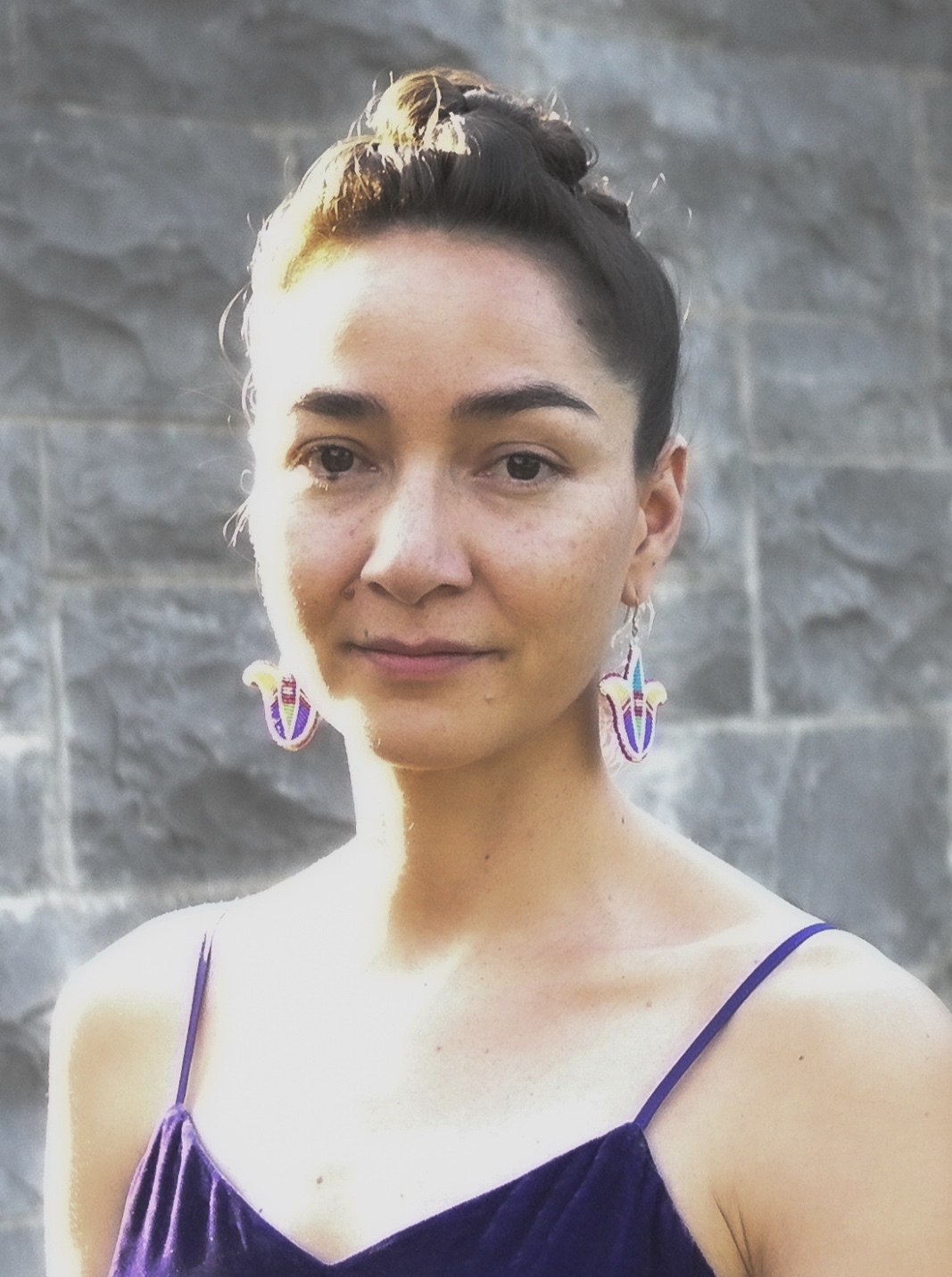 "I'm interested in drawing on the past but moving forward into the future." - Keli Mashburn, Shadow on the Glare artist. (Photo by Ryan Madison)

"As a state, we are uniquely positioned to investigate and communicate the social relevancy of Indigenous art to our broader contemporary art history and vice versa," said Oklahoma Contemporary Curatorial Fellow Pablo Barrera. "Oklahoma Contemporary’s willingness to recognize our region's complex and often-disquieting history [through the land acknowledgment in the main lobby] humbly set an intention to honor the often-overlooked experience of Indigenous people."

Thursday’s panel conversation will be an opportunity to put those intentions into practice while dispelling some myths of our home state. "Oklahoma is an incredibly diverse cultural environment, more so than people realize," ahtone said. "Even just linguistically, with the tribal languages ... including ancient languages that are spoken in Oklahoma. We have more languages spoken here compared to the basic language groups of Europe. I'm interested in having a conversation that can embrace, not just the science and the art of it, but also the cultural parameters and philosophies."

Mashburn hopes the evening will also serve as a reminder that Indigenous people are still a vital part of contemporary culture. "I'm interested in drawing on the past but moving forward into the future," she said. "I think the major problem with the public's idea of Native peoples is we're just we're just stuck or frozen in time. That's a difficult thing to dispel. … We're supposed to be sad and murdered and dead and gone and stuck in the past, which is fully untrue. Hopefully more conversations like this will make an impact — especially on the youth, and especially in these times.”