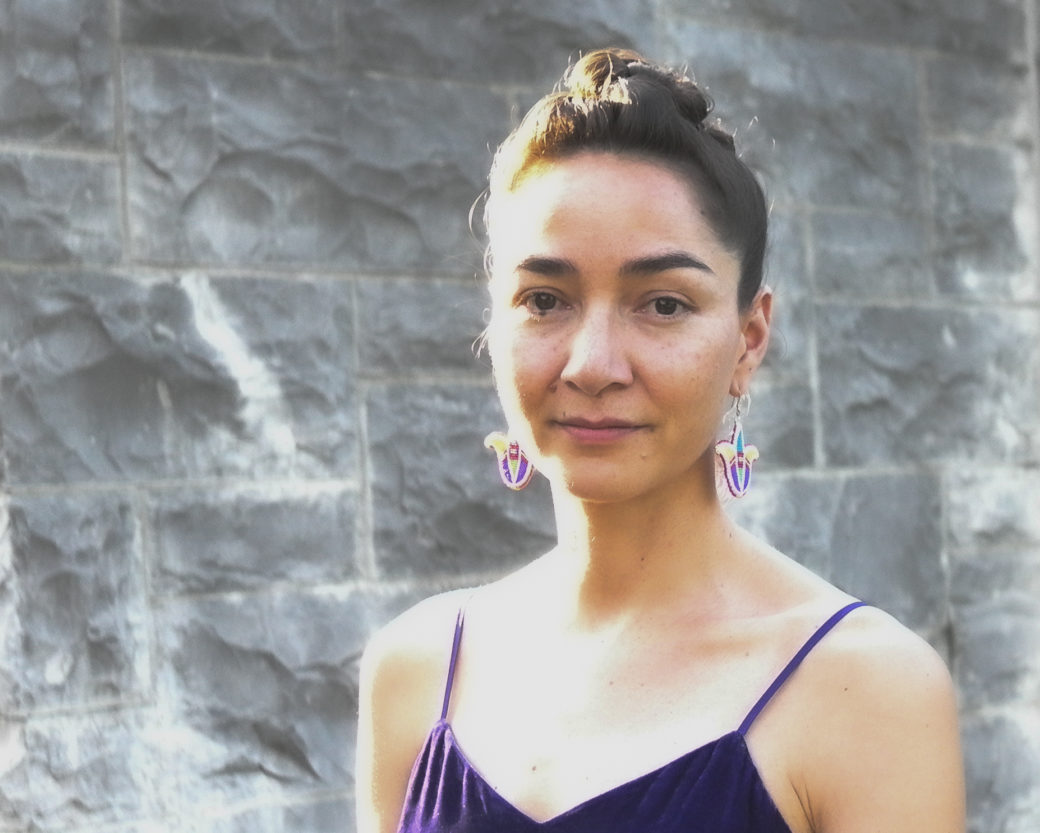 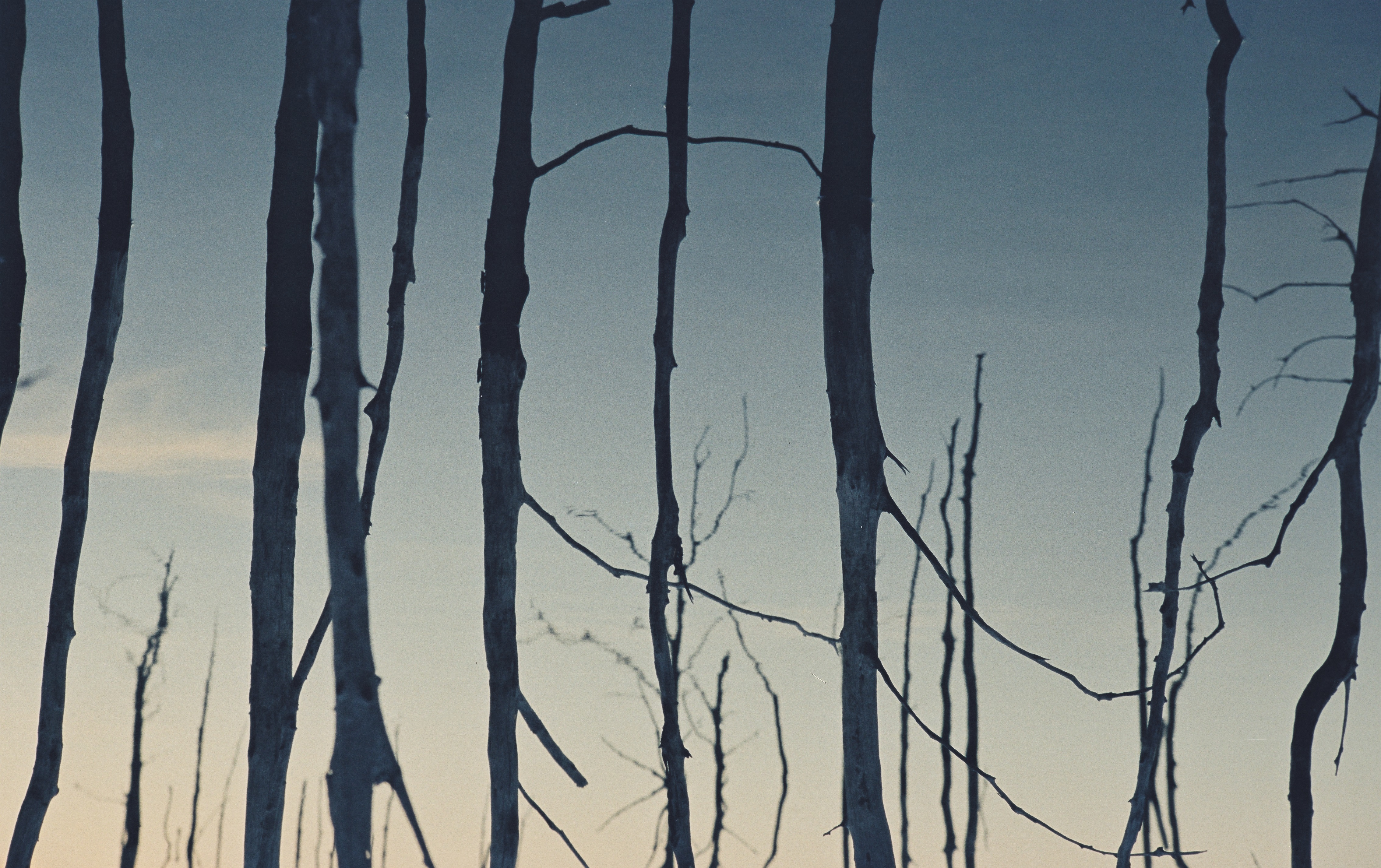 Wah.shka is a collaboration between Keli Mashburn (Osage) and Marcella Ernest (Ojibwe). Ernest infuses Mashburn’s imagery with sonic and narrative elements to further explore the tension within these dramatic landscapes.

Is there more than one way to look at a landscape? For artist Keli Mashburn, the answer is yes. Drawing from her own experiences growing up in the Osage Nation of Oklahoma, the photographer has spent more than two decades exploring what she calls "the ethereal realm between physical place and personal myth."

Visitors to Oklahoma Contemporary's Shadow on the Glare exhibition will see firsthand how the natural world imprints itself on the work of this homegrown artist. Works on display include photographs like Lake Fire #1 (2019) and Obstruction (2010) along with a video collaboration with artist Marcella Ernest. Each piece presents an abstract slice of a different environment, dizzyingly rendered through the artist's singular vision.

The group exhibition in the Mary LeFlore Clements Oklahoma Gallery closes on Nov. 30 — so if you haven't yet reserved your free timed ticket, now is the time. Until then, get to know more about the work of this Oklahoma artist who uses traditional darkroom techniques to reflect the raw power of the land and the many ways it plays out in our lives and personal histories. 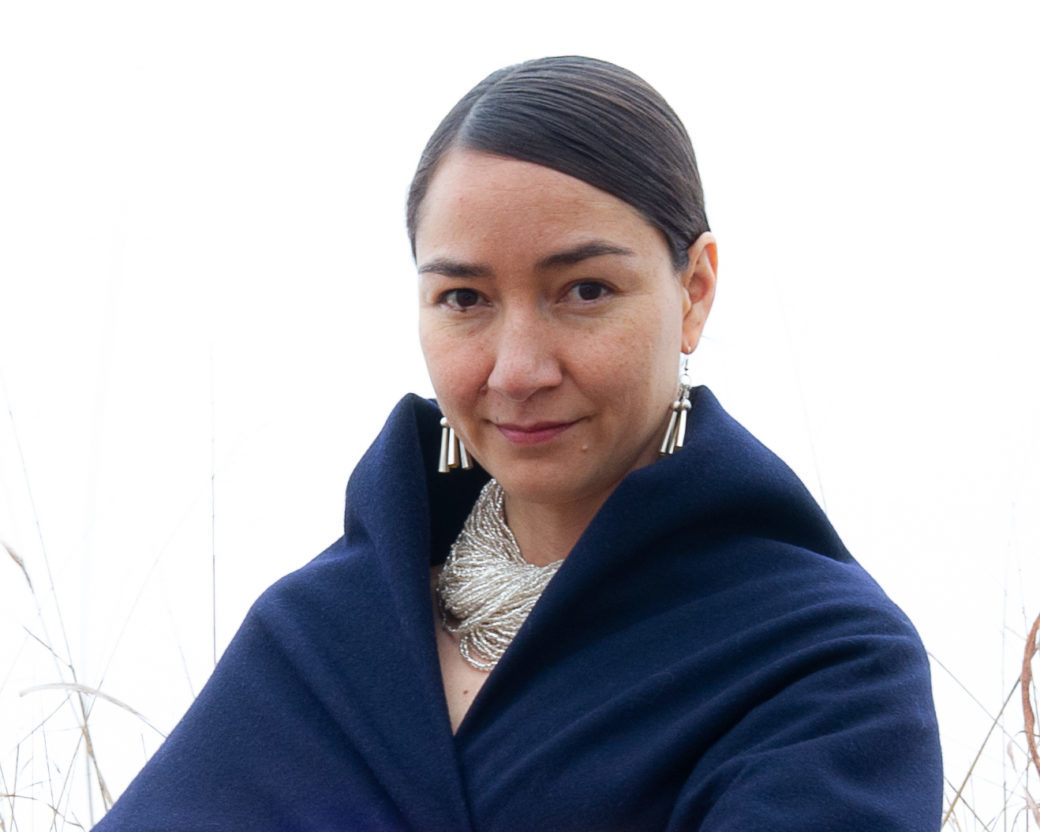 Keli Mashburn is one of many Oklahoma artists featured in Shadow on the Glare at Oklahoma Contemporary, closing Nov. 30.

How did you come to be interested in landscape photography?

It started on a trip with my father. We drove from the ranch where I grew up in Fairfax, Oklahoma, up through Montana, Wyoming and Alaska. We spent like three months traveling. ... I was 12 or 13 or so, and my father gave me his Pentax K1000 and all this film, and kind of taught me [the basics]. It was the first time I took a lot of photos. And I realized I was composing these images, but what I was trying to capture was a feeling — a sense of place and identity. Traveling and being out of my element as a child was exciting, and it was an interesting realization that I wasn't trying to take the perfect picture. What I was trying to do is capture an emotion, in a way, a feeling. That stuck with me. 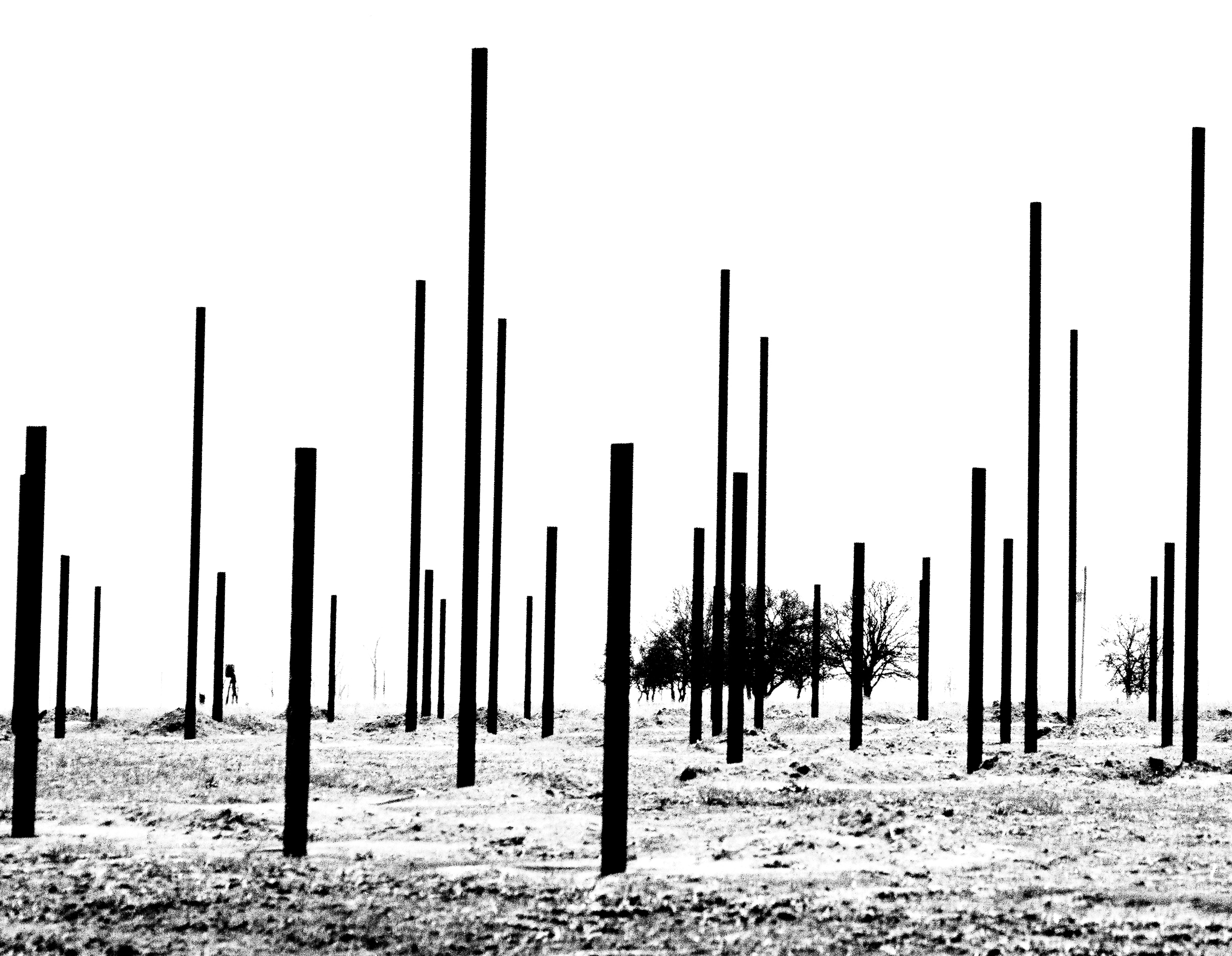 Obstruction (2010) is a particularly striking work. Can you talk about what's going on in that photo?

It's a landscape from the area where I grew up. I like nature scenes. I grew up on horseback on a ranch, so I really relate to that place and the landscape. I was inspired by that daily experience of contemplating 'What's happening on the farm? What's happening on the ranch?' It's a universal thing. We're all part of the landscape. There's a ton of space in these pieces, and I think it's kind of a subtle way of saying there's room for you in there. You're in there. What I love about photography is that it's a kind of transfer of knowledge. You know something new. It's like a language, almost. 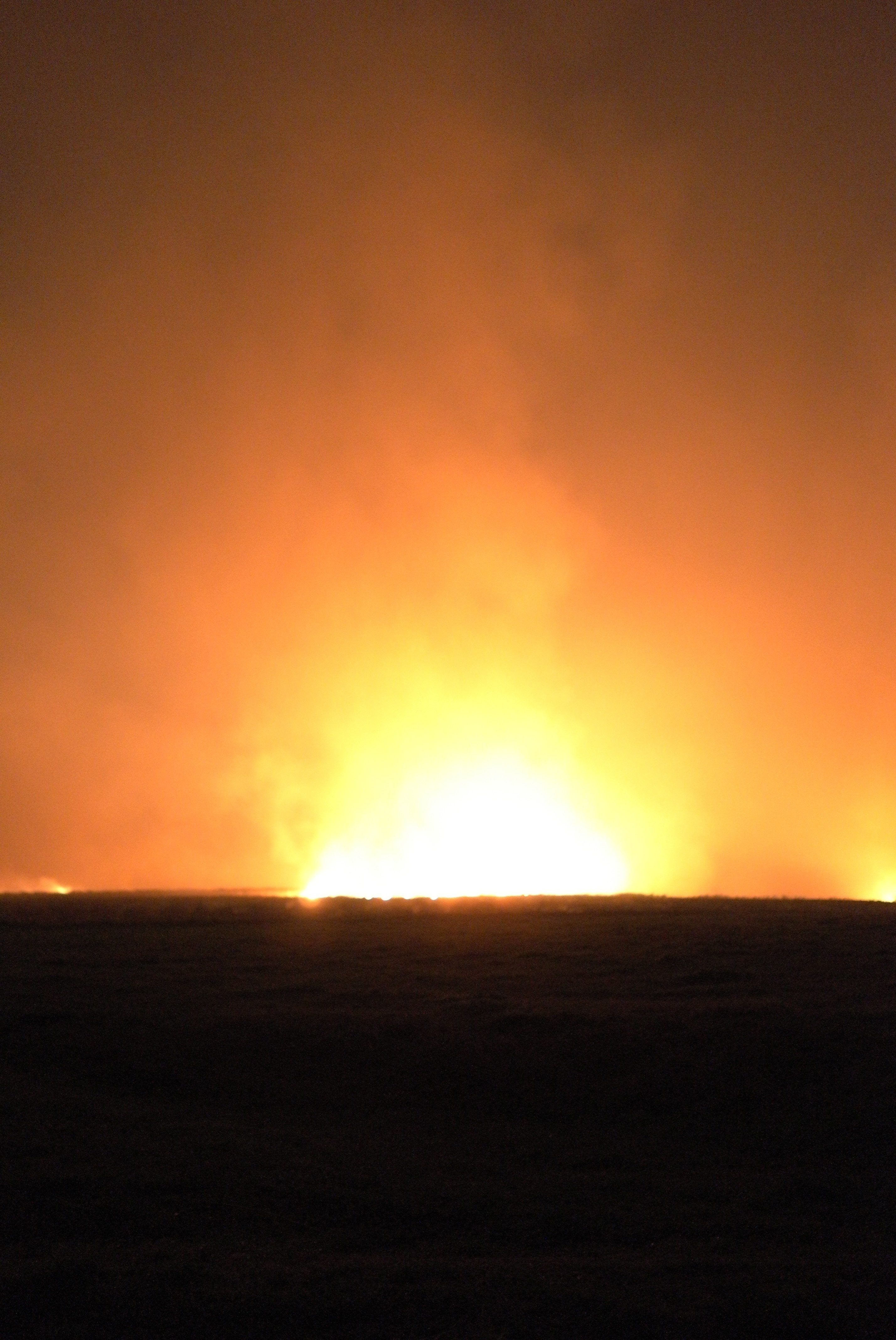 Prairie fires are a central element in a lot of your work. Will you unpack that for readers?

I've been shooting them for over a decade. I just can't stop. Some of it's controlled, and some of it is cigarettes, but every spring, Osage County is on fire — it's part of the ecosystem of the tallgrass prairie. Once I went to the third floor of an office building and the windowsill was all covered with black ash from the fires. Today it's mostly controlled, but in the past the grass would be seven or eight feet high and lightning from spring storms would cause these blazes that would go on for miles. It's an amazing thing. I'm pretty obsessed with them.

After the fire, the grass is greener. The ground burns and without the sun being blocked by all this tall grass, green grass comes back brighter and greener than any green you've ever seen. But as far as that being a message of hope, I think that depends on the viewer. You have to be invested. You have to participate. If I've got your attention, and you're looking at the image, then it worked because you felt something. That's really what it's about.