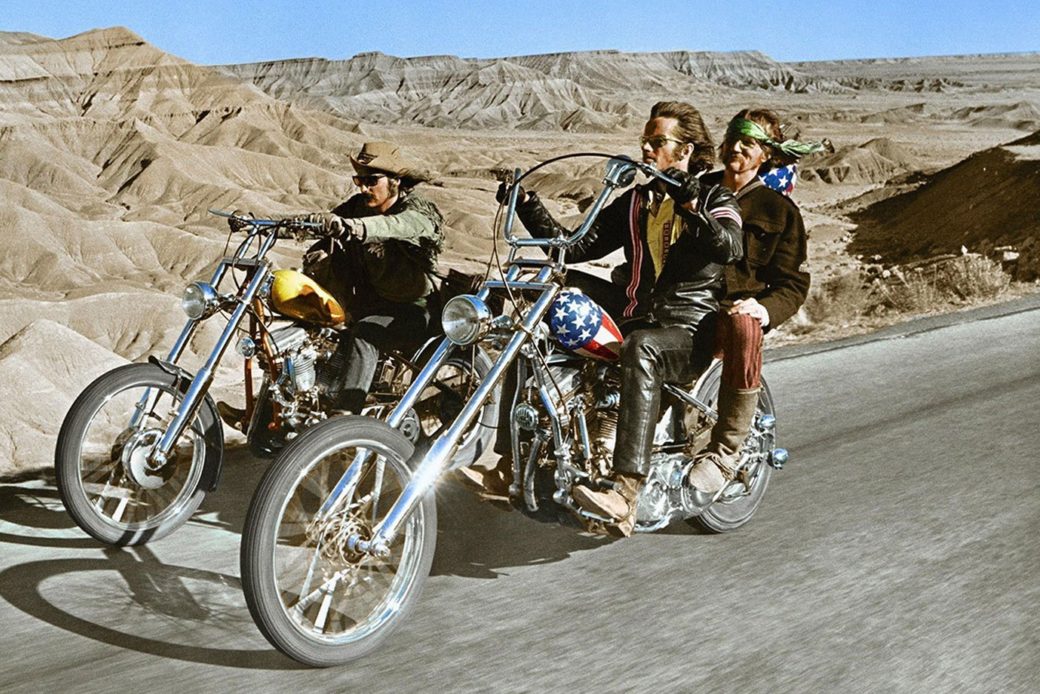 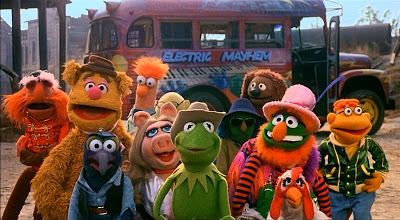 Who's up for a road trip? Inspired by Oklahoma Contemporary's upcoming Ed Ruscha: OKLA exhibition, opening Feb. 18, we're rounding up our favorite movies about hitting the open asphalt. Just as the contemporary art icon drew inspiration from his journeys between Oklahoma City and Los Angeles, our staff is here to share some of our favorite movies centered around long-distance automotive travel. So fill up your tank, buckle in and get ready for a ride you won't forget.

Movin' right along | We've found a life on the highway | And your way is my way | So trust my navigation. Opportunity knocks once, so I’ll reach out and grab it … to posit that The Muppet Movie isn’t only the quintessential road trip movie; it’s also the quintessential road trip soundtrack. (We’ve all had the Hey, I've never seen the sun come up in the West? moment, right?) Featuring Kermit’s dreamy Rainbow Connection, Dr. Teeth’s rocking Studebaker montage (Can You Picture That) and Gonzo’s longing-filled I’m Going to Go Back There Someday, the Muppets origin story plays out across the length of the United States. Filled with surreal humor, a madcap plot and numerous ‘70s-star cameos, The Muppet Movie dances across our emotional range – and, if you’re my age (and a parent to boot), spotlights a lifetime of joy and nostalgia.

Easy Rider, an epic journey across the American West by motorcycle, is significant for so many reasons. It's in The Criterion Collection, a mark of a truly impactful piece of filmed art. The characters are each unique and somehow quite reflective of ourselves. From Jack Nicholson's surprise appearance as a gregarious drunkard attorney spewing surprisingly poignant philosophical thoughts to Dennis Hopper's sporadic nervous excitement and enthusiasm for adventure and Peter Fonda's stoic stoner contemplativeness, something for everyone hides behind their personas. It is surprising that a film released over 50 years ago could still so closely relate to American problems today. This is a must-see film, filled with beautiful landscape shots from deserts to canyons to the swamps of Louisiana. Content warning: This film includes drug use, nudity and sexuality.

With its epic traffic jam filmed in one long shot and a cacophony of cars blaring their horns as if the noise barrage could set them free from the trap of the trappings of modernity, Weekend is sick. Literally in its bloody, bleating, bloviating parade of the oblivion and moral bankruptcy of the bourgeoisie — perfectly captured in the scene where the female protagonist Corinne (vile, vapid, virulent in her apathy) is suddenly gripped with compassion upon a head-on collision, shrieking over the unspeakable loss of her Hermès bag in the fire. And sick as urban slang would sum up the breathless Brechtian boulevard of ideological bathos that anticipated the revulsion that led to the convulsion of the May '68 protests in France.

The wreckage of man and metal in stretches of burning debris and mangled bodies anticipates the disaster films of the 1970s but also, painfully, the searing images of the Mỹ Lai massacre. It could be said though that the confounding and blaring apocalypse of Godard's Weekend was anticipated — albeit in a more oblique register and a much cooler temper — by Ed Ruscha's multiple versions of his one-word paintings and drawings of "HONK" in the early 1960s, the 1965 Various Small Fires and Milk and the 1965-1968 The Los Angeles County Museum on Fire. The laconic bizarreness of a placid museum ablaze itself anticipates the photos of LACMA engulfed by smoke some 50 years later in the 2016 Sand Fire.

There aren't many movies quite like Paris, Texas. This art-house family drama from director Wim Wenders centers the opaque interior struggles of its mysterious protagonist, Travis Henderson (deftly played the late Harry Dean Stanton), found wandering the West Texas desert of Terlingua in a fugue state by his estranged brother Walt (Dean Stockwell), who retrieves his mute sibling from a German doctor and sets the pair on a journey across the Lone Star State to reunite Travis with his 7-year-old son. Featuring rich, textured performances from Stanton and Nastassja Kinski — in a breakout role as a peep-show sex worker, Travis' former partner and the mother of their child — this patient, elegant and heartbreaking piece of filmmaking is, for my money, one of the most beautiful and affecting movies ever made.

I don’t know if I would categorize Into the Wild as an instant classic or just an incredibly poignant film. It is based on the true-life story of Christopher McCandless, who turned from his life of comfort and hitchhiked across North America after graduating from college. McCandless eventually makes his way to Alaska, foraging off the land and living in a broken-down bus until his death. The film’s narratives -- the separation of human civilization from the wilderness that surrounds our cities and towns and the inner turmoil of trying to determine the reason for existence -- resulted in a movie that is as poignant as it is hard to forget. Whether the real-life McCandless found what he sought on his road into the wilderness is difficult to say, but the film is a remarkable embodiment of the yearning for those who wander.