The Unexpected Us at Scissortail Park 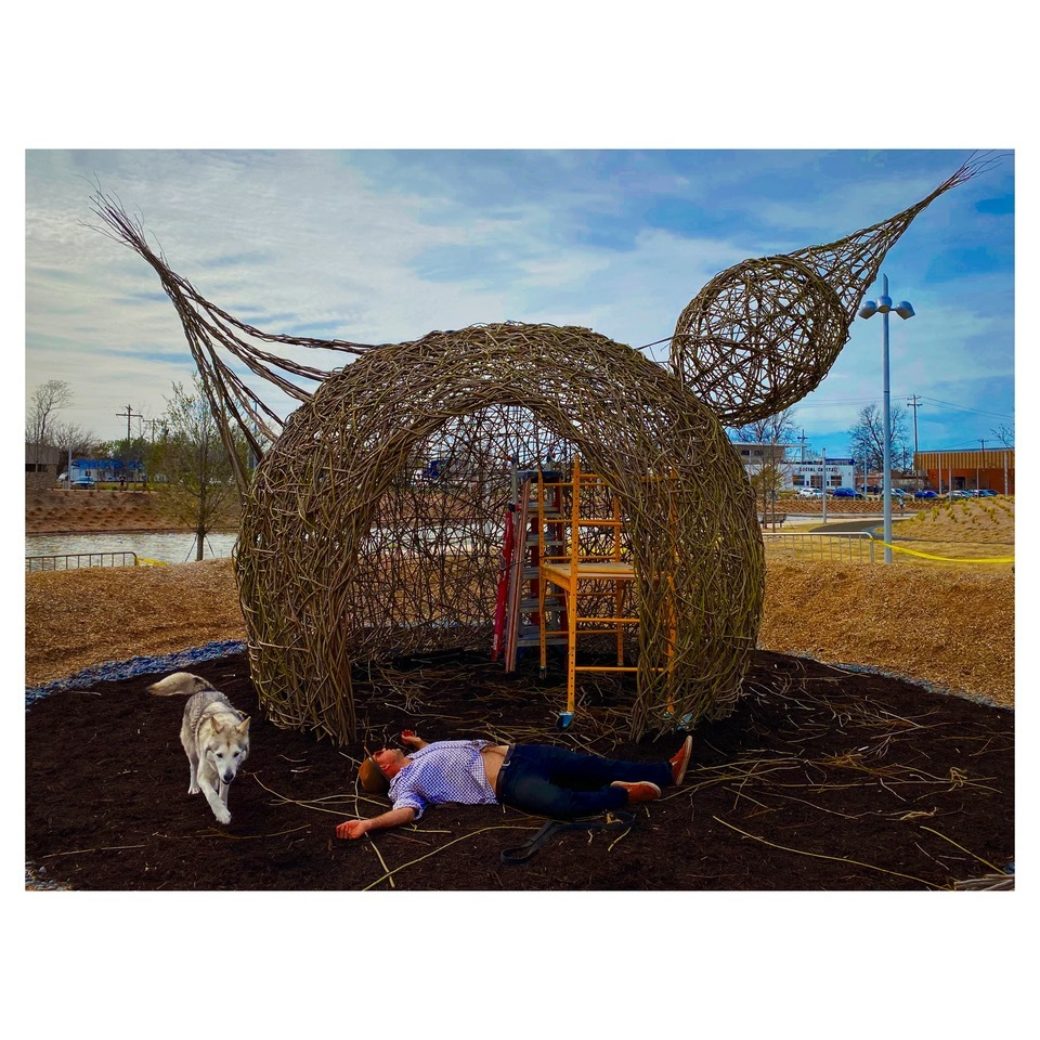 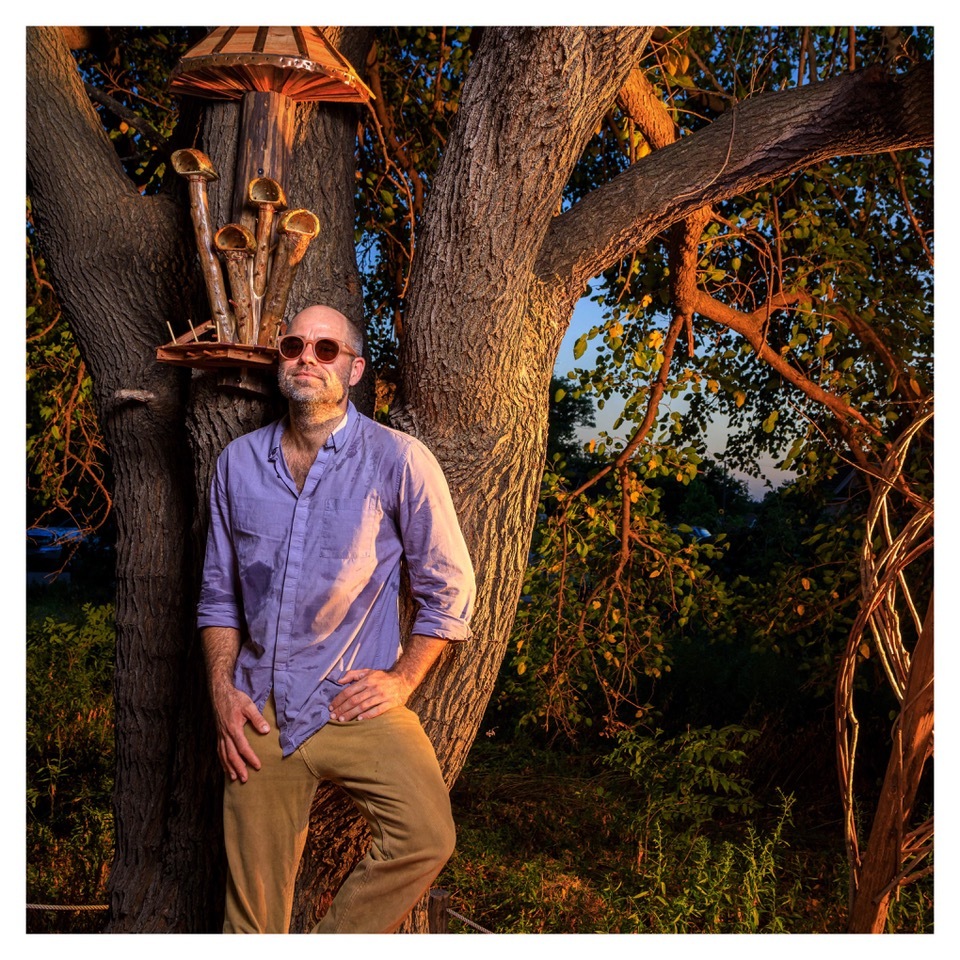 Shared experiences are rare in these days of social distance — Gabriel Friedman wants to change that. Over the past few decades, the Oklahoma City-based artist has built a deep and diverse body of work exploring photography, skateboarding, design, primitive skills, installation art, home construction and more. But with his upcoming Studio School workshop, Public Sculpture 101, Friedman hopes to spark a conversation about the life-changing power of outdoor art for everyone.

"In museum settings, art becomes this valued object," Friedman said. "You can look at it and you can talk about it, but you can't touch it. You can't be part of it. But with good public art, you become part of it. Or it becomes part of you, more importantly."

For today's #ThursdayThree, we talked to the artist and Studio School instructor about the path to his practice, the value of public art and what students can expect as they journey through the world of outdoor sculpture in a hybrid class, which take places both online (on Zoom) and in person (at the Leigh Ann and Paul Albers Outdoor Studio at Oklahoma Contemporary). 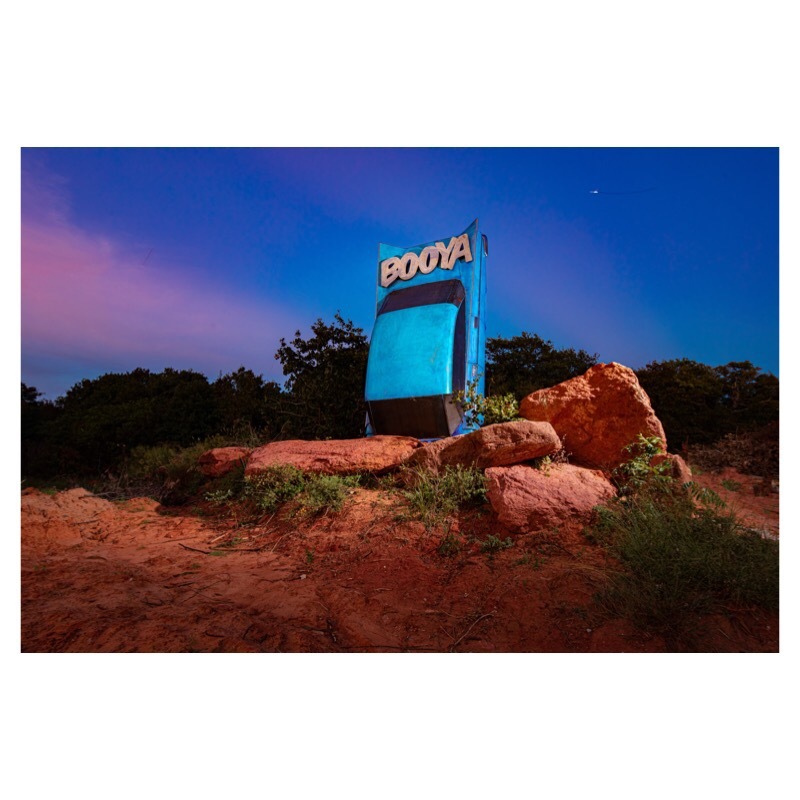 You've worked across lots of different media over the years. Can you talk about your path to public sculpture, specifically?

I grew up in a household of artists. I was always around art. My mom's a painter, and my grandmother was an eccentric artist. My dad owned a music store, and my brothers were artists. I went into photography, and I went full force with school all over the country. I dropped out of school, became a skateboard photographer, traveling the world and living the life. I was getting paid to hang out with my friends and drink beer and take pictures, essentially. Somewhere around 25, something hit me. I was like, "You know what? I want to be able to do something, not just take pictures."

So I basically decided I didn't want to do photography. I decided art was trivial and unnecessary, in a way, to the world. I renounced all of that and kind of got rid of everything. I started learning about being hands-on. I bought an old house and started working on it. I got really interested in primitive skills, so I traveled the country and hitchhiked around to those gatherings. That stuff is all hands-on, like making baskets or making your own clay — starting from raw material and making your own tools to turn a piece of wood into a deadly weapon, stuff like that. I went to blacksmithing school and spent a good decade of my life just learning how to use my hands and make things. I built a house by myself in Wisconsin, and I started essentially running a home renovation business in Oklahoma City — fixing up old houses, anything people wanted me to fix.

Public art has the ability to change your world.

I've always liked taking on those kind of projects, but I wanted my contribution to the world to be bigger than fixing somebody's door. I love fixing doors, though, because it really changes a person's life. I would go into people's houses and make their lives better. It's kind of like being like a janitor: I was always doing something that made the world better. Even cleaning up makes the world better. So there was a point where I was like, "Oh, I can like start building stuff!" I got into a couple of random jobs where people wanted me to make something a little bit more creative. I realized I wanted to make really big art that has a positive impact. I don't even feel like public art is "my thing," necessarily. But if you want to have an impact, public art makes sense, because it has the ability to change your world. 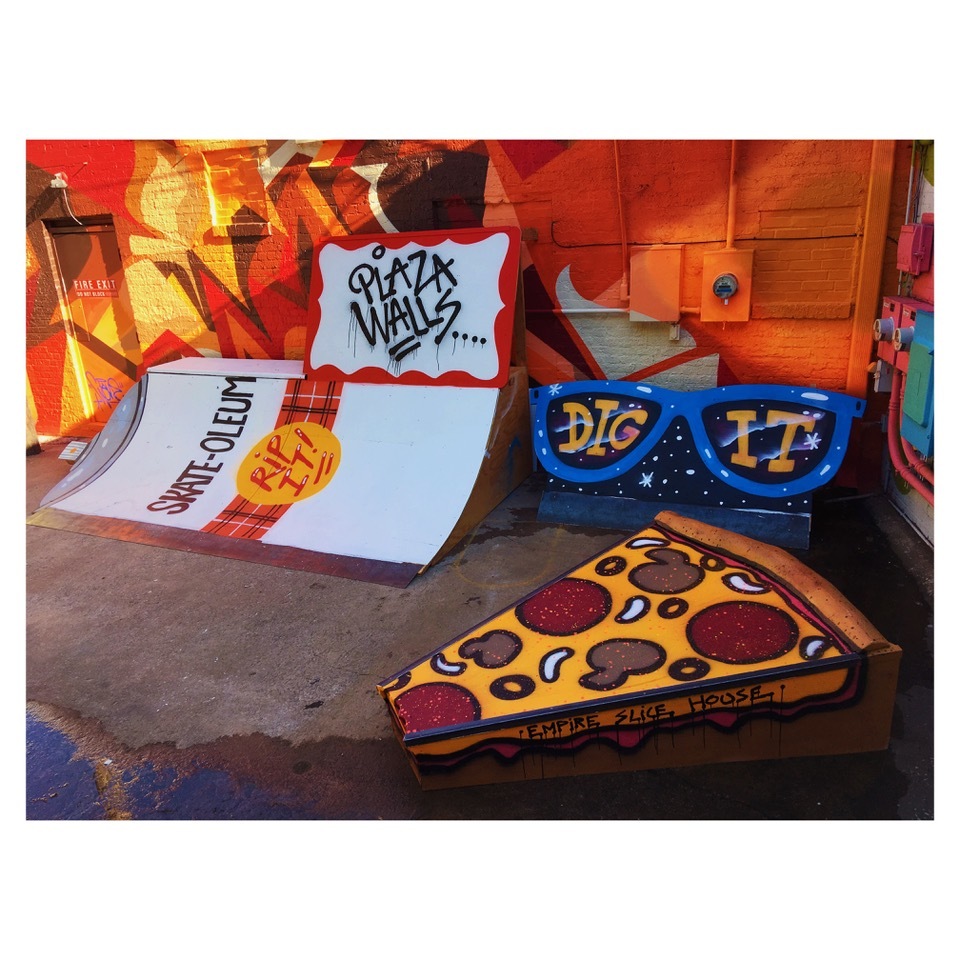 Work by Gabriel Friedman, installed as part of the Plaza Walls project in the Plaza District of Oklahoma City.

Can you talk more about how public art has the potential to change someone's world?

It's kind of magical to have a world where you believe in the world. Most art is seen in galleries, or museums or whatever, and what it does is tell a story or evoke emotion. It's trying to say something to you. Public art comes at it from a back way. Instead of telling a story, it becomes part of your story.

I think of the Cadillac Ranch [in Amarillo]. It doesn't really say anything, you know? The guys who put it together may have had something really extraordinary to say about the world, but it's become an amazing shared story of culture. Everyone experiences it, and it becomes the main story of that trip. It becomes a cultural landmark. It's cool in your own story, and everyone else knows it's cool in their story too. So it's for everybody.

Public art brings people together in a way that can make life better. It's like we're all in this together, and there's this weird thing we all know about. So that's kind of what makes me part of that gang. I want to make public art that is approachable and understandable but also bigger than life. Something that's not too complicated, but also amazing. It's like a personal story, folded into something that anybody can come in. It brings that extra level of belief in magic. 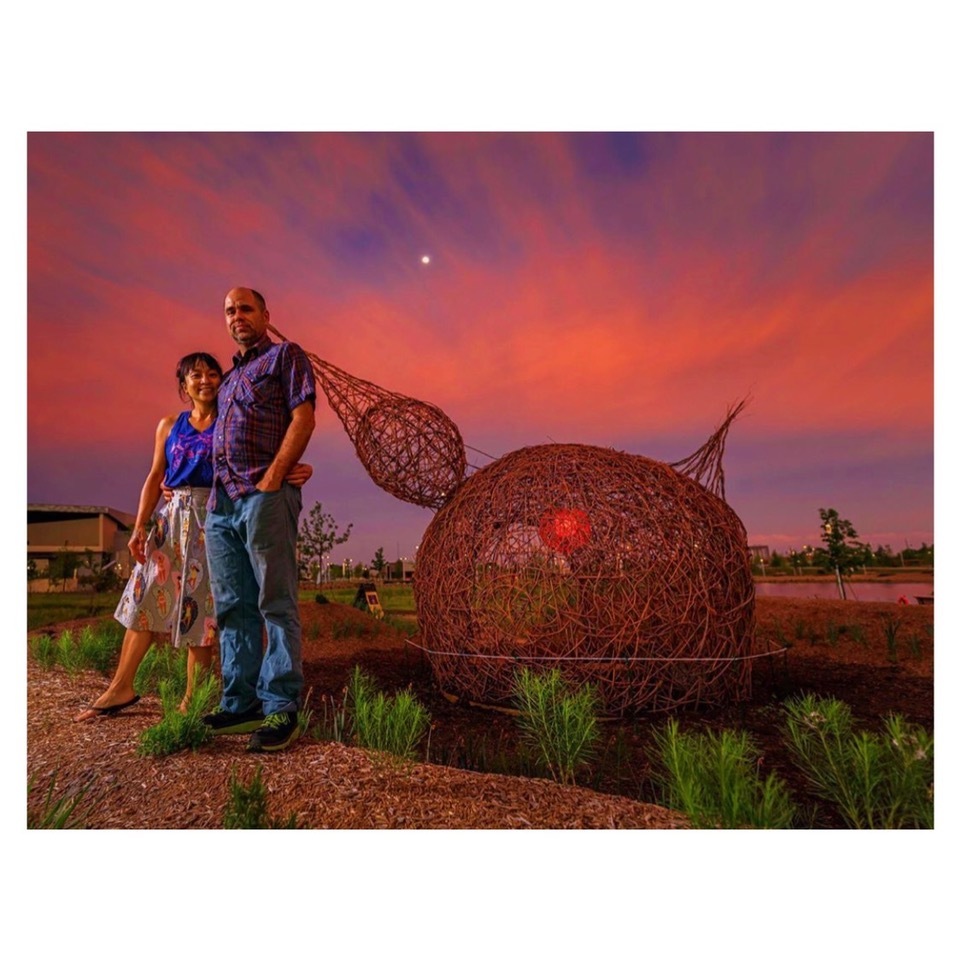 What do you hope students take away from your Public Sculpture class, and what kind of work will you be doing together?

I hope to get people excited about the importance of public art. My definition of public art is something that people see, and that somebody makes for them. It's a gift from somebody. I want students to come away, like, "Oh, that's why sculptures can be can be important!"

We'll have three virtual classes where we discuss questions like, "What is public art? What's important about it?" I'm going to show works that I find successful and some artists who I think are really smart about it. Then I'll basically give them exercises. They're going to get kits with a couple different piles of materials that represent bigger materials.

We're going to build things. We'll go through the process a couple times, from location to concept to the limitations of those. The only way to do it effectively is to build whatever it is over and over again. Once you start building with this idea that you're going to build this other thing, it makes life easier, because it's like, "Oh, I'm making this sculpture that doesn't have to be good!" So we're going to do exercises where we're basically throwing together sculptures really fast, kind of like speed figure drawings. We're going to make miniatures a couple times, then we're going to make something big — whatever the hell that ends up being.