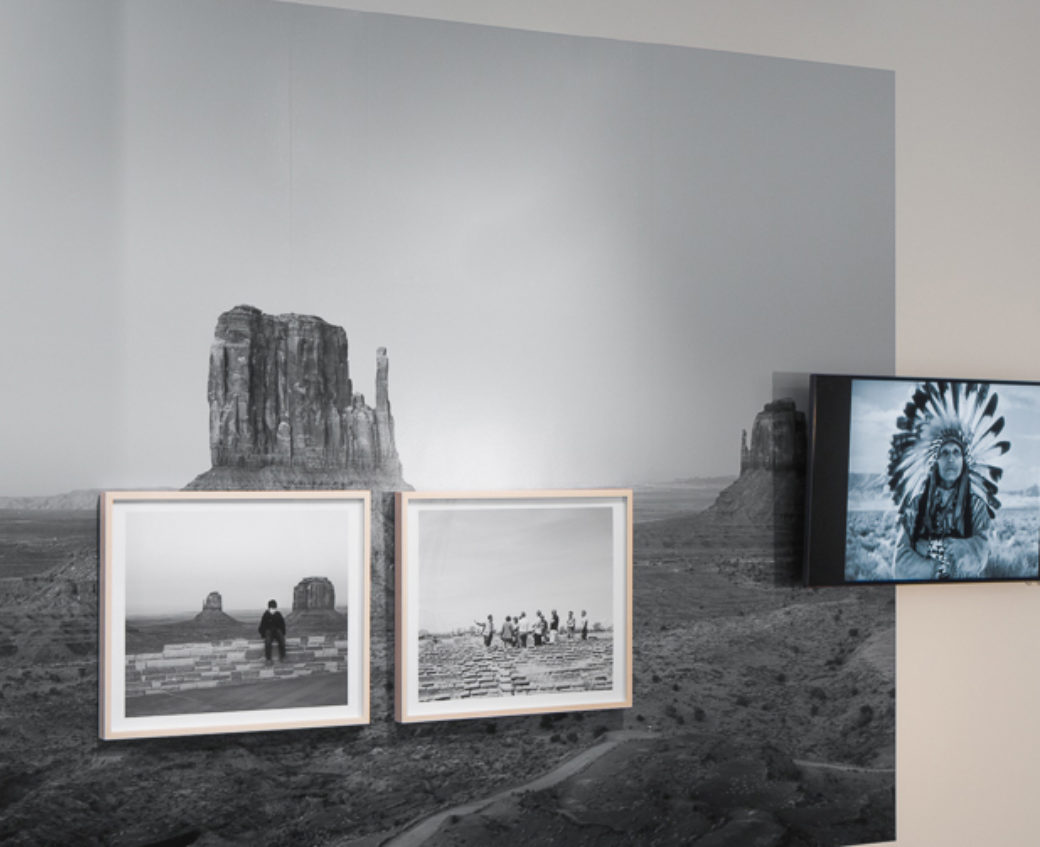 Fieldworks duo explores our relationship to the land in new exhibition 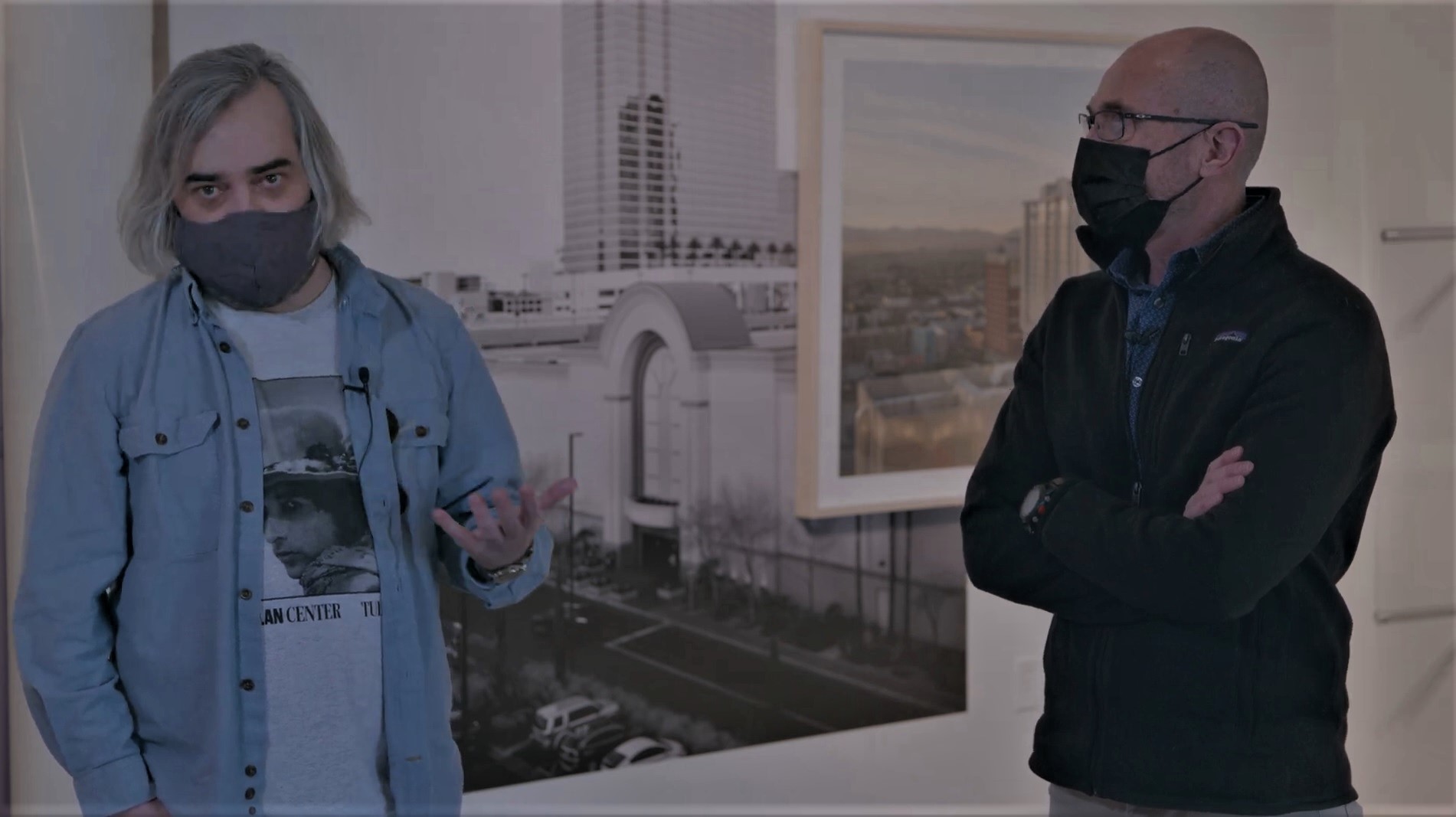 What can we learn from the traces left by humans on the world? This question is at the heart of Fieldworks: Beyond Measure, a collaborative art project by University of Oklahoma professors Robert Bailey and Todd Stewart. On display through April 19 in the Mary LeFlore Clements Oklahoma Gallery at Oklahoma Contemporary, this one-of-a-kind show compiled from the pair's fieldwork excursions in the American West blurs the boundaries between visual art, scholarly research and travelogue. 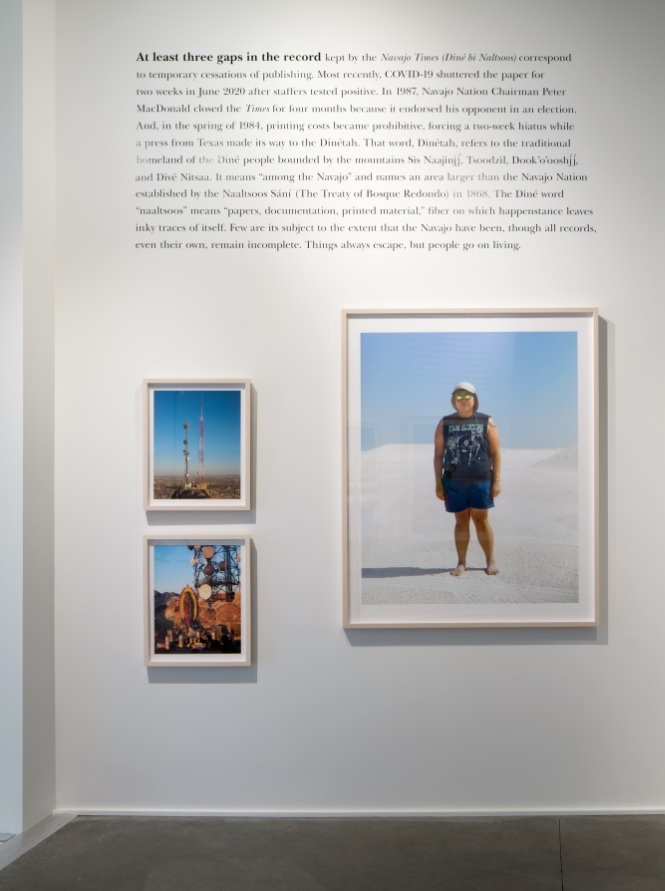 Fieldworks: Beyond Measure is on display in the third-floor gallery at Oklahoma Contemporary through April 19. (Photo: Todd Stewart)

"This exhibition takes the theme of measurement and its limits as its organizing framework," said Bailey, an art historian whose written narratives combine with Stewart's photographs to engaging and sometimes mysterious effect. "We've brought together a number of images, texts and objects from our evolving archive we gather during our research, and we're presenting it here."

Place is also central to the duo's critical, artistic investigation. "We're really interested in how the land reflects the larger relationship between nature and culture," Stewart said. "That relationship exists everywhere ... but the fact that the space [of the American Southwest] is so immense and the landscape is so austere, so much of these things we're looking for — and I don't mean literal, physical things — are right there on the surface, where you can find them."

Today we're taking you deeper into the fascinating world crafted by Bailey and Stewart. In the video below, you'll learn all about the origins of the Fieldworks project and the journey of these objects, texts and images from the mythic wilds of the American Southwest — replete with its complicated history of violence and colonialism — to the walls of your new arts center in downtown Oklahoma City.