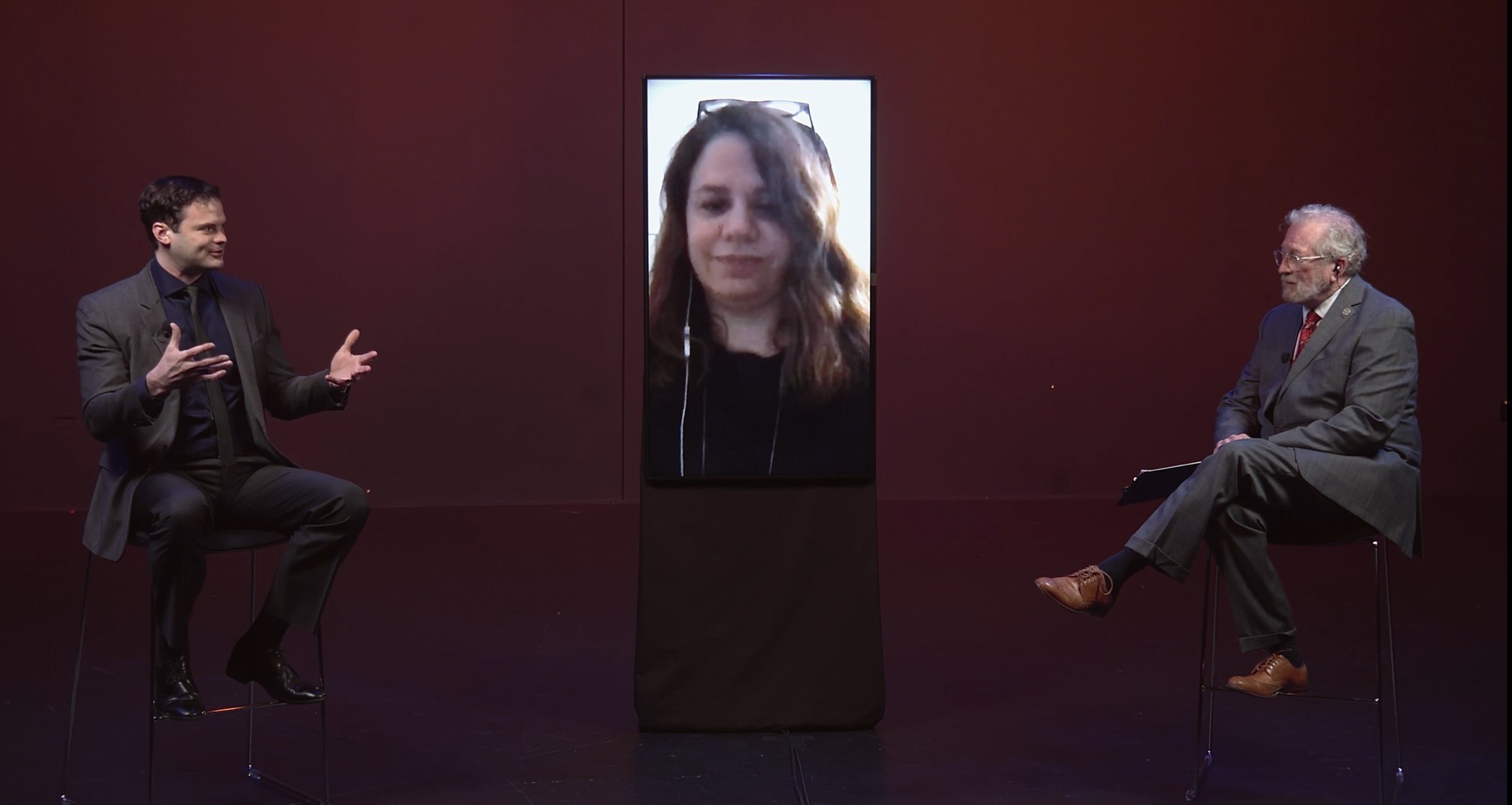 Tonight's panel discussion on Ed Ruscha's Oklahoma roots kicks off at 7 p.m. CST on Facebook, YouTube or at okcontemp.org.

Tonight's discussion will shed light on how the visual culture and language of Ruscha’s formative years in Oklahoma have served as sources of inspiration throughout his decades’ long artistic career. "The exhibition is structured around the idea that Ruscha has never really been discussed within the context of his childhood in Oklahoma City. He's lived in Los Angeles since he started art school at the age of 18, and he's become very much associated with L.A. in the popular imagination," Schwartz said. "But in fact, his Oklahoma roots are a huge part of his work — from the imagery he chooses to his sense of language, which he talks about being very much an Oklahoma vernacular or slang. So we are thrilled to be examining that in this exhibition."

"We all associate him with Los Angeles and 'California Cool,' and for good reason. But that belies the true origins of Ed Ruscha. He is not from Los Angeles — he's from someplace else. And that someplace is here in Oklahoma City." 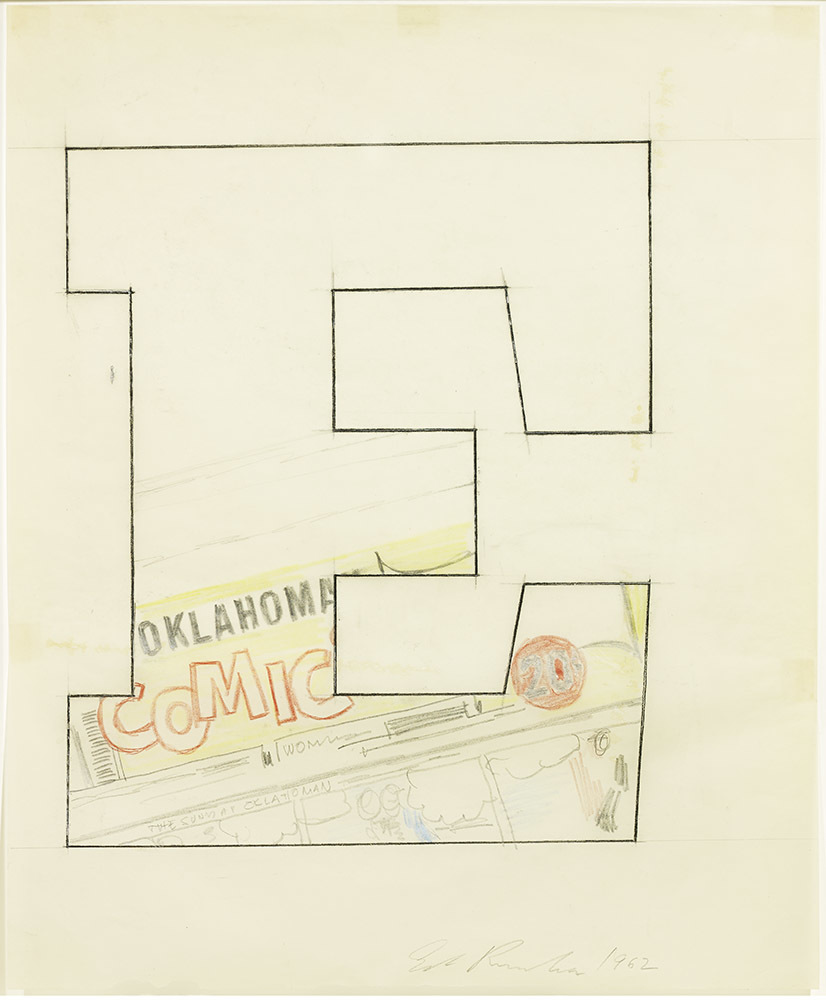 Oklahoma-E (1962) by Ed Ruscha features drawings of comic strips from The Oklahoman newspaper.

Viewers from all backgrounds will leave tonight's virtual broadcast with a better understanding of how this influence plays out in the works of Ruscha — but like the exhibition itself, the conversation is sure to be an especially rich experience for Oklahomans. "There's a resonance and a quality, particularly to the vernacular and use of light, that I think will be apparent to people who grew up here or live here as they encounter works in the exhibition," Davis said. "I think it helps us provide further context, art historically, to the influences of the artist. For the last 60 years he's been so indelibly tied to Los Angeles, which is absolutely true. But that belies his biography, which is to say he's not from L.A. He's from Oklahoma."

From more obvious connections like Oklahoma-E (1962) — featuring drawings of comic strips from The Oklahoman newspaper, which Ruscha delivered throughout Oklahoma City as a teenager — to the prairie roots of L.A.-centric projects like Every Building on the Sunset Strip (1966), which grew from the artist's desire to map the root system of Oklahoma City, tonight's panel discussion will have you seeing the legendary artist in a whole new light. Before you tune in at 7 p.m. CST on Facebook, YouTube or at okcontemp.org, check out a video tour of Ed Ruscha: OKLA with Davis to learn more about this historic exhibition at your new arts center in downtown OKC.