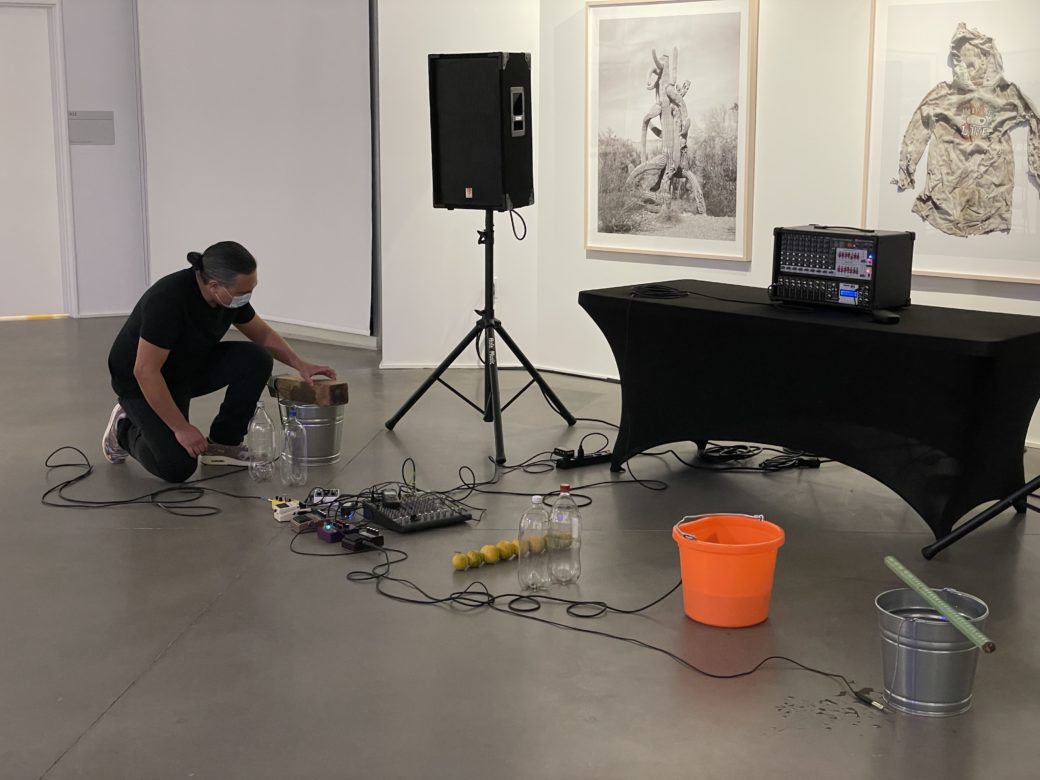 Warren Realrider responds to Fieldworks: Beyond Measure with Unassigned Data, an in-gallery performance, on Feb. 11 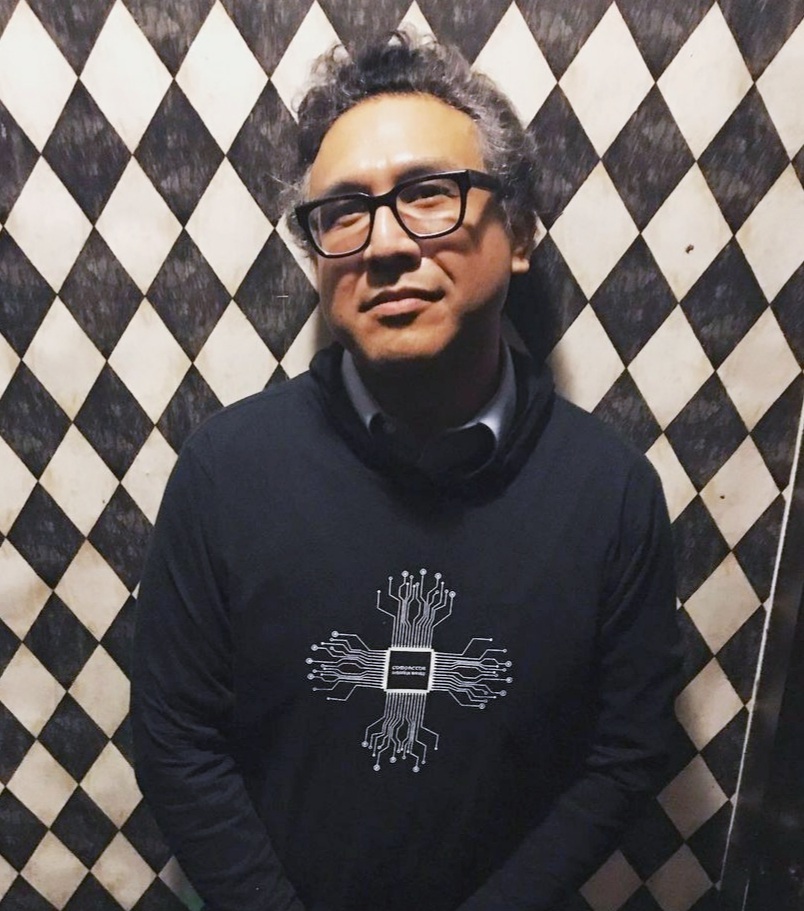 What can the sounds of a place tell us about its past and its future? This question drives the practice of experimental sound artist Warren Realrider. Using contemporary technology and handmade instruments to create frequently site-specific works, the Oklahoman Crow/Pawnee musician fuses elements of ambient sound, noise and traditional Indigenous music to pose critical questions about the histories and futures of the land on which he creates.

Realrider will bring this unique sensibility to bear on Fieldworks: Beyond Measure, the current exhibition on display in our Mary LeFlore Clements Oklahoma Gallery, with a special Thursday Night Late performance of his new work, Unassigned Data, this Thursday, Feb. 11. The artist will respond to the show's examination of the relationship between humans and their environment through the traces left on the land.

Featured in Sterlin Harjo's 2020 documentary, Love and Fury, Realrider's site-specific sound tapestries dovetail with the mission of Beyond Measure artists Robert Bailey and Todd Stewart to explore human impact on the environment through a multitude of media. "I was happy to do the performance in gallery space. I really like the exhibit, the photographs and the layout there in the gallery," Realrider said. "I approached my response to it through what I was already doing, and from their process too: going somewhere and looking for these ancient or recent histories, and looking at how humans have changed the land for better or worse." 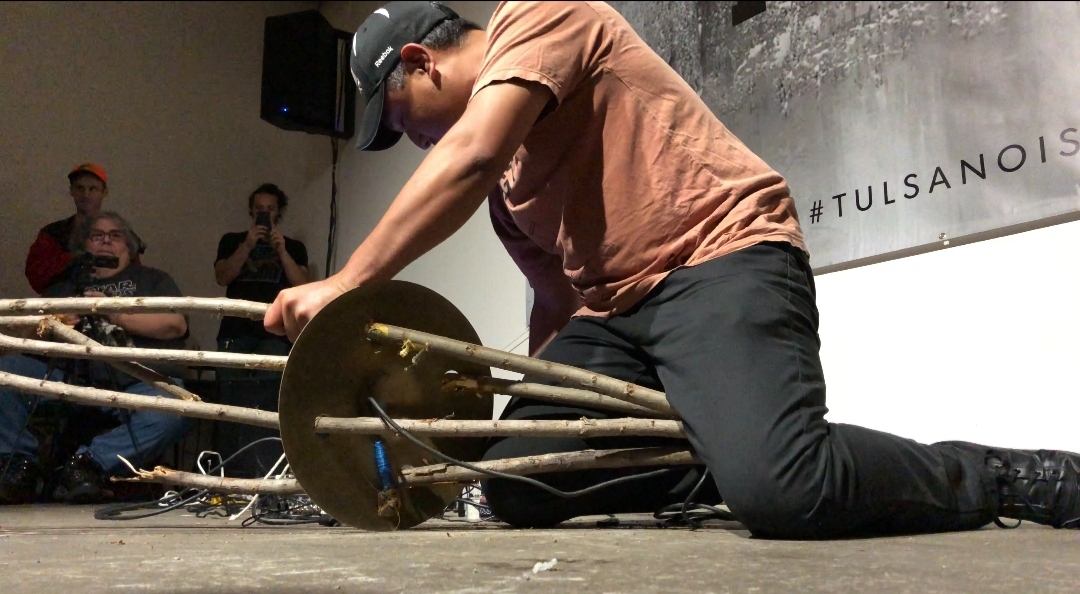 "I'm referencing different elements of Native culture I bring in from my own experiences," Realrider said of his homemade instruments, like the one made from willow branches above. ﻿

Rivers have been a source of sonic and critical exploration for Realrider, so that's naturally where the artist began his response to Bailey and Stewart's exhibition. "I knew I had limited time and wanted to do something about Oklahoma, so I was immediately drawn to the rivers that are close to me," he said. "All my life, I've been looking at Oklahoma history, the history of Indian Territory, the settlement of Oklahoma and my tribe's history. The space that immediately jumped out to me with this project is the original Unassigned Lands located in Oklahoma — those lands that were part of Indian Territory and have now turned into different counties, cities and modern spaces. I wanted to reference the history up to contemporary times and use that to extract sources and sounds."

I approached my response to [Fieldworks: Beyond Measure] through what I was already doing, and from their process too: going somewhere and looking for these ancient or recent histories, and looking at how humans have changed the land for better or worse." 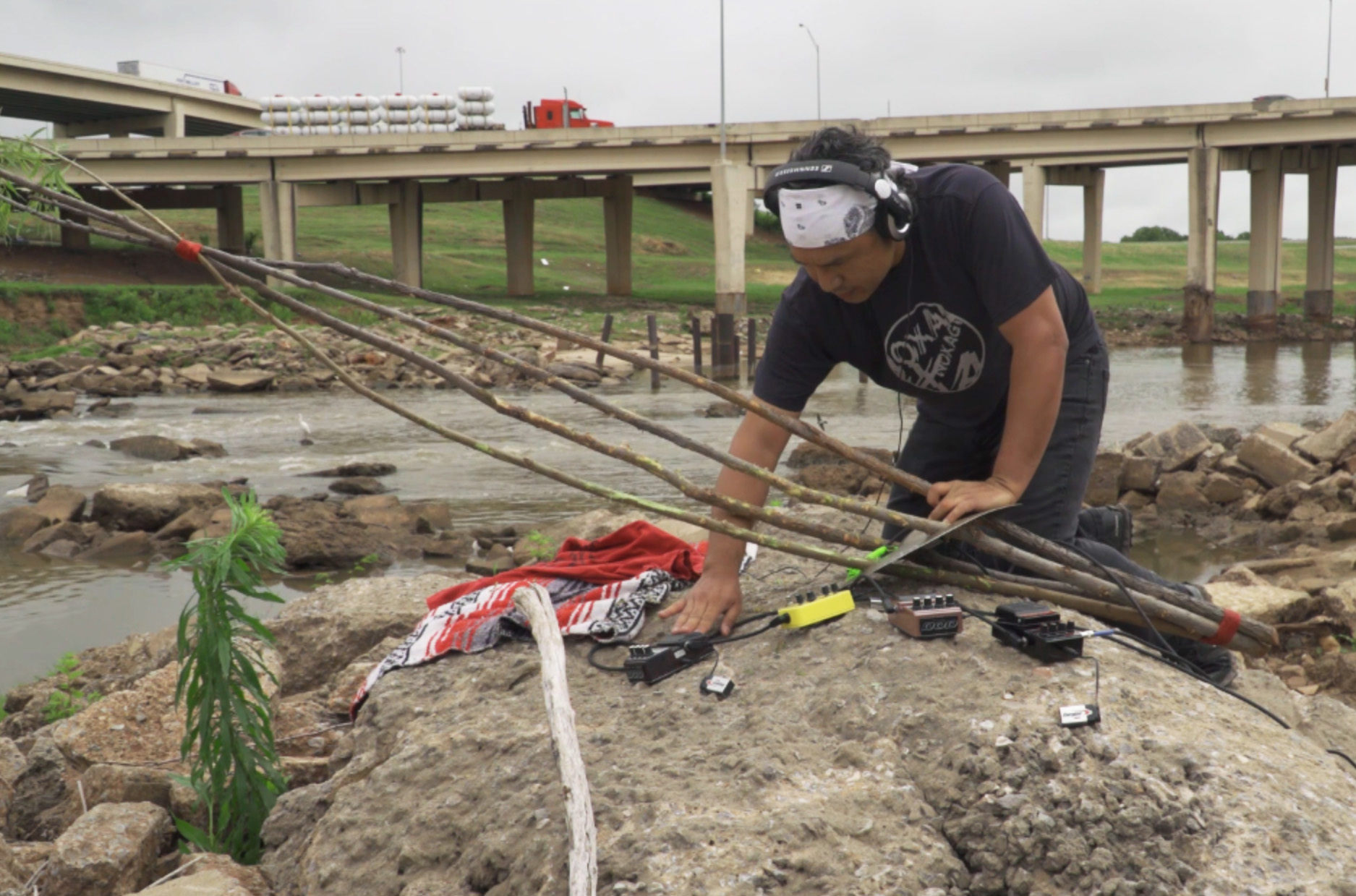 Realrider fuses elements of ambient sound, noise and traditional Indigenous music to pose critical questions about the histories and futures of the land on which he creates.

With bodies of water in mind — including the Canadian / Oklahoma River slicing through downtown OKC just south of Oklahoma Contemporary — Realrider began thinking about objects to incorporate into his soundscape response. "The first one that popped into my mind was the metal pail, which has a specific reference for a lot of Indigenous people in Oklahoma and probably across the country as an item that's used for daily use, ceremonial use and different dances. So that object has a history behind it, for me. That began the process of putting things together that fit into what I thought Fieldworks: Beyond Measure was all about."

Referencing these specific sounds, objects and locations — from the rivers of central Oklahoma to the highways intersecting them and the convenience stores where the artist bought supplies — Realrider's Unassigned Data maps an entirely new sonic territory through Stewart and Bailey's exploration of the limits of measurement. "The rivers are sort of an X-Y axis, and those crossing points with the highways became another data point," he said. "I began working with those ideas, visiting those spaces, collecting sounds and making recordings, collecting the water vessels and making plans for how I was going to gather all these things and make it work."