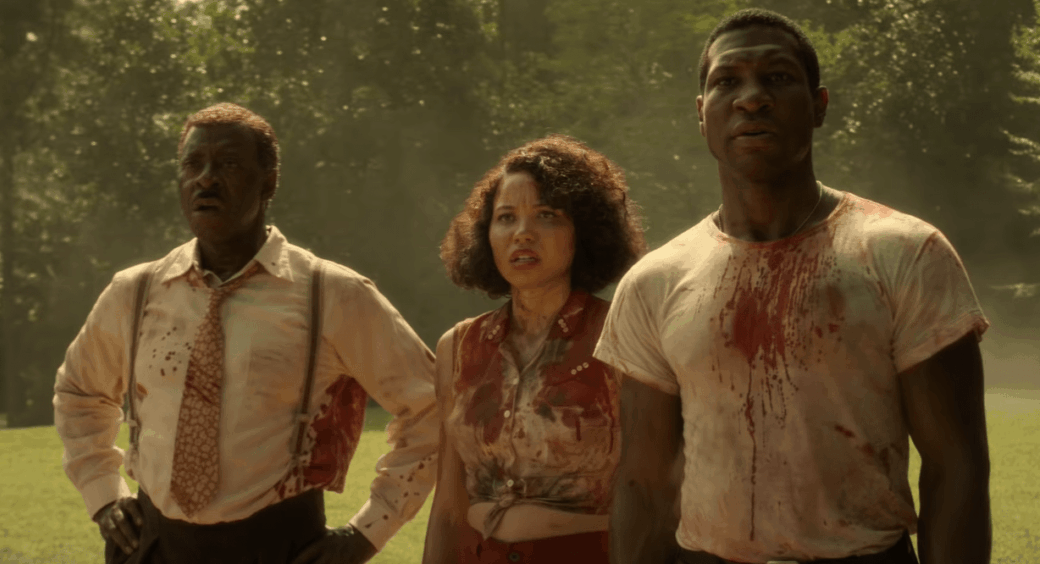 Autumn Brown, instructor for this spring’s Black History in Black Horror course, delves into films that use horror as a metaphor for one of society's biggest sins 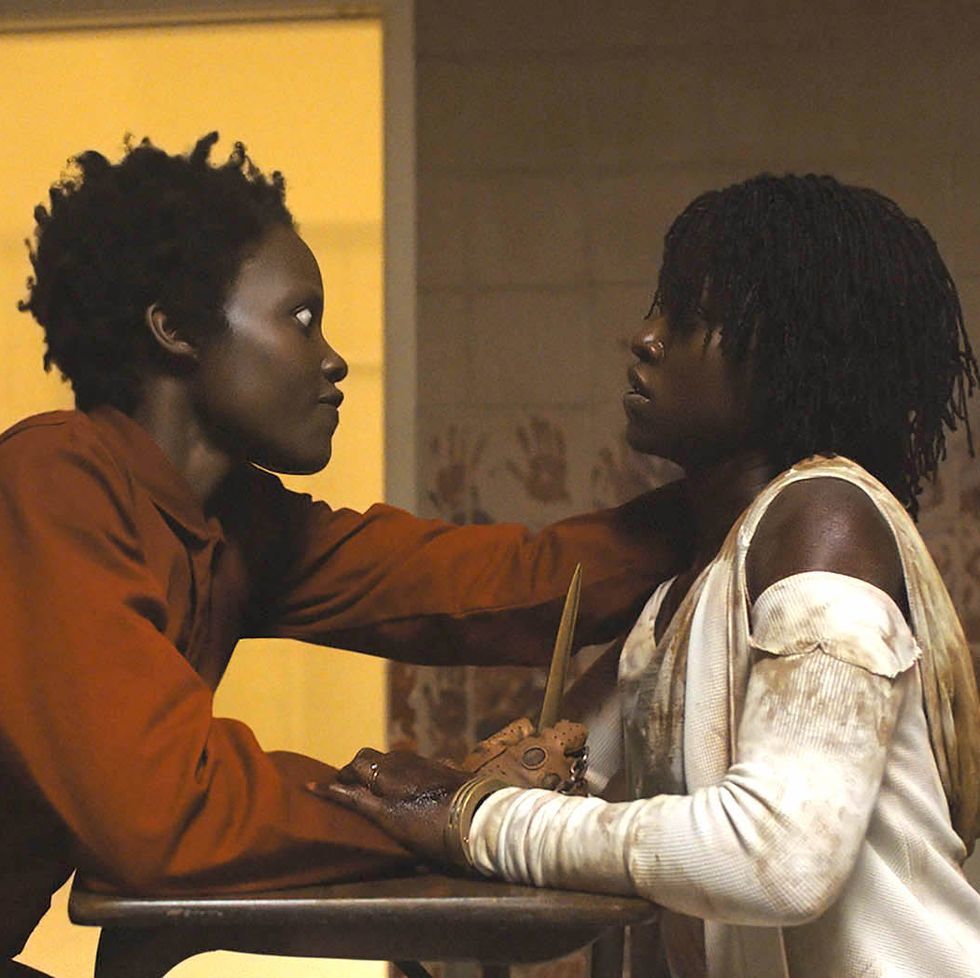 Horror as a genre of literature, film and television has the intention to scare, startle, shock and even repulse audiences. Literary historian J.A. Cuddon defined the horror story as “a piece of fiction in prose of variable length, which shocks, or even frightens the reader, or perhaps induces a feeling of repulsion or loathing.” Horror films, which aim to create an eerie and frightening atmosphere for the viewer, can be divided into either psychological or supernatural horror sub-genres -- though the central menace of a horror film can often be interpreted as a metaphor for the larger fears of society. More recently filmmakers such as Jordan Peele (Get Out, Us), Misha Green (Lovecraft Country) and Lena Waithe (Them) have adapted horror films that tell the frightening tale of racism in America. From slavery and Jim Crow to racial violence across America, these filmmakers show the world that a boogeyman hiding underneath our bed is not the only thing haunting America, specifically Black Americans.

Get Out is an American horror film written and directed by Jordan Peele. When Chris Washington (Daniel Kaluuya), a young black man, meets the family of his white girlfriend, Rose Armitage (Allison Williams), he uncovers a disturbing secret. During the tenure of President Obama, America was living in this assumed post-racial America. Peele’s film directly challenges such a notion by displaying the experience of being a Black male. This film calls attention to racial identity, specifically Blackness, from the point of view of the black protagonist.

Racism is scary, of course, but Get Out isn’t about the blatantly, obviously scary kind of racism — burning crosses, lynchings and snarling hate. Instead, the film showcases how racist behavior that is covert is just as horrifying, making us feel that horror in a visceral, bodily way. Get Out takes a topic that if often approached cerebrally — casual racism — and turns it into something you feel in your stomach, doing so with a wicked sense of humor.

Us is an American horror film written and directed by Jordan Peele. The film follows Adelaide Wilson (Lupita Nyong’o) and her family, who are attacked by a group of menacing doppelgangers. This film explores cultures of power leaving us to ask ourselves: Who do we render speechless? Who do we render invisible? Who bears the burden of our privilege?

Unlike Get Out, Us doesn’t foreground its social metaphor as openly, but it is just as thoroughly baked into the premise. Peele said at a SXSW Q&A that the film is fundamentally about America’s misplaced fear of outsiders. “This movie is about this country,” he said. “We’re in a time where we fear the other, whether it’s the mysterious invader that we think is going to come and kill us and take our jobs, or the faction we don’t live near, who voted a different way than us. We’re all about pointing the finger. And I wanted to suggest that maybe the monster we really need to look at has our face. Maybe the evil, it’s us.”

Lovecraft Country is an American horror/drama TV series developed by Misha Green and based on the 2016 dark-fantasy horror novel by Matt Ruff. The series is about a young man, Atticus Freeman (Jonathan Majors), who travels across the United States during the segregated 1950s in search of his missing father. He teams up with his friend Letitia (Jurnee Smollett) and his uncle George (Courtney B. Vance), and, together, they begin a struggle to survive and overcome both the racist terrors of white America and terrifying monsters that could be ripped from H.P. Lovecraft. Along the way, he uncovers the dark secrets that run through his mother’s lineage. Lovecraft Country blends social commentary with horror and monsters. The show grapples with America’s greatest moral, economic, social and psychological wound — the legacy of slavery — utilizing the metaphorical imagery of science fiction and horror. 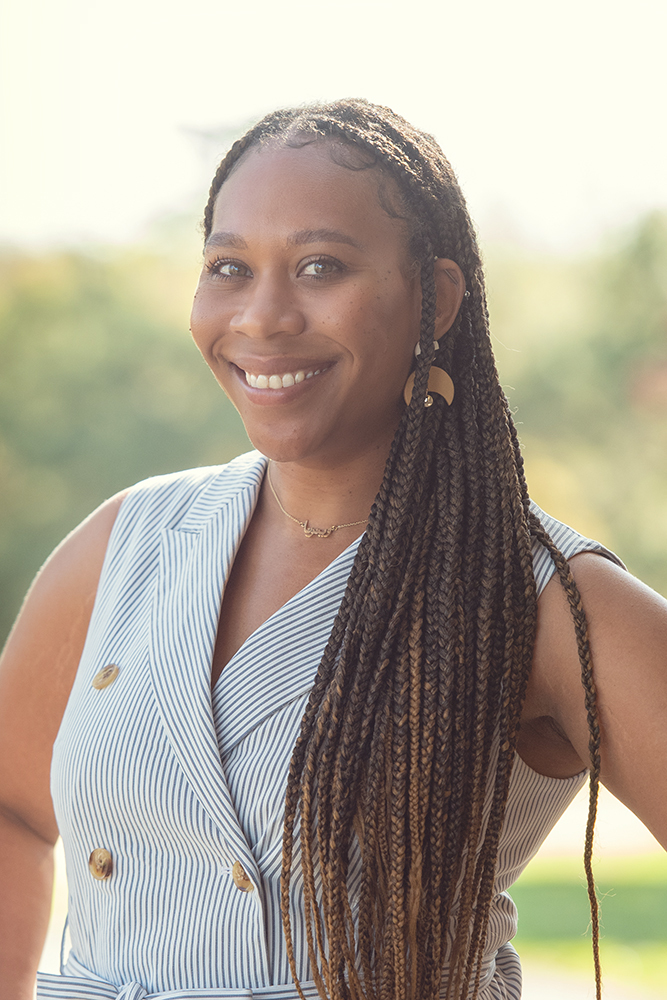 Autumn Brown is a PhD candidate at Oklahoma State University in the university's Social Foundations of Education Department. She has worked as a graduate research assistant with the Oklahoma Oral History Research Program in the Edmon Low Library for three years. Autumn is also a Tri-City Collective member whose work is driven by a passion for social justice and creative expression. Autumn earned her Master's of Education from the University of Central Oklahoma in Edmond and her Bachelor's of Science degree from St. Gregory's University in Shawnee.

Autumn has served as a presenter at national conferences such as the American Educational Studies Association, the American Educational Research Association and the Oral History Association. She has a published chapter titled "Breaking the silence: Black women's experience with abortion" in the book Womanish Black Girls: Women Resisting the Contradictions of Silence and Voice, winner of the 2019 AESA Critics' Choice Award. She has also published the article, "Black, female, and controlled: An historical overview of policing black women's bodies" in the Journal of Philosophy & History in Education. She has two book chapters coming out this year about Douglass High School's history in Oklahoma City and is doing biographical research on Black women teacher activists. Her dissertation is an educational biography of Clara Luper, an educational pioneer during the period of segregation. She hopes to foreground Black women's knowledge production and contributions to contemporary education. Also, she's working to (re)present Oklahoma as a space for radical activism.