Every Building on the Sunset Strip, 1966 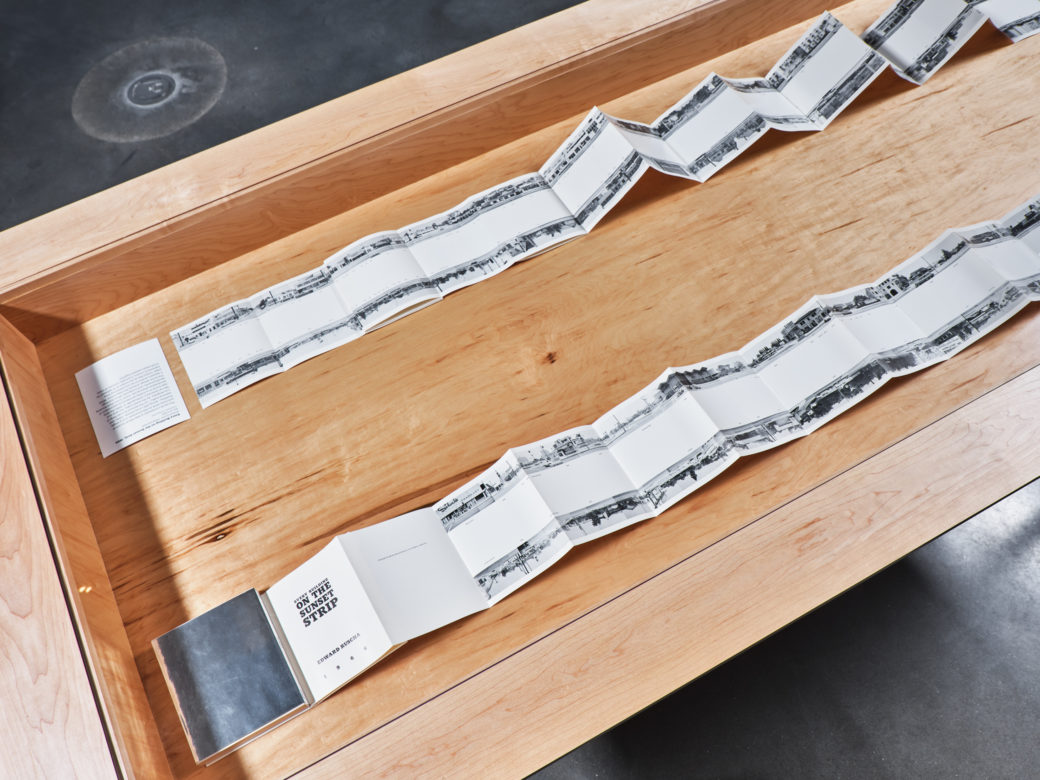 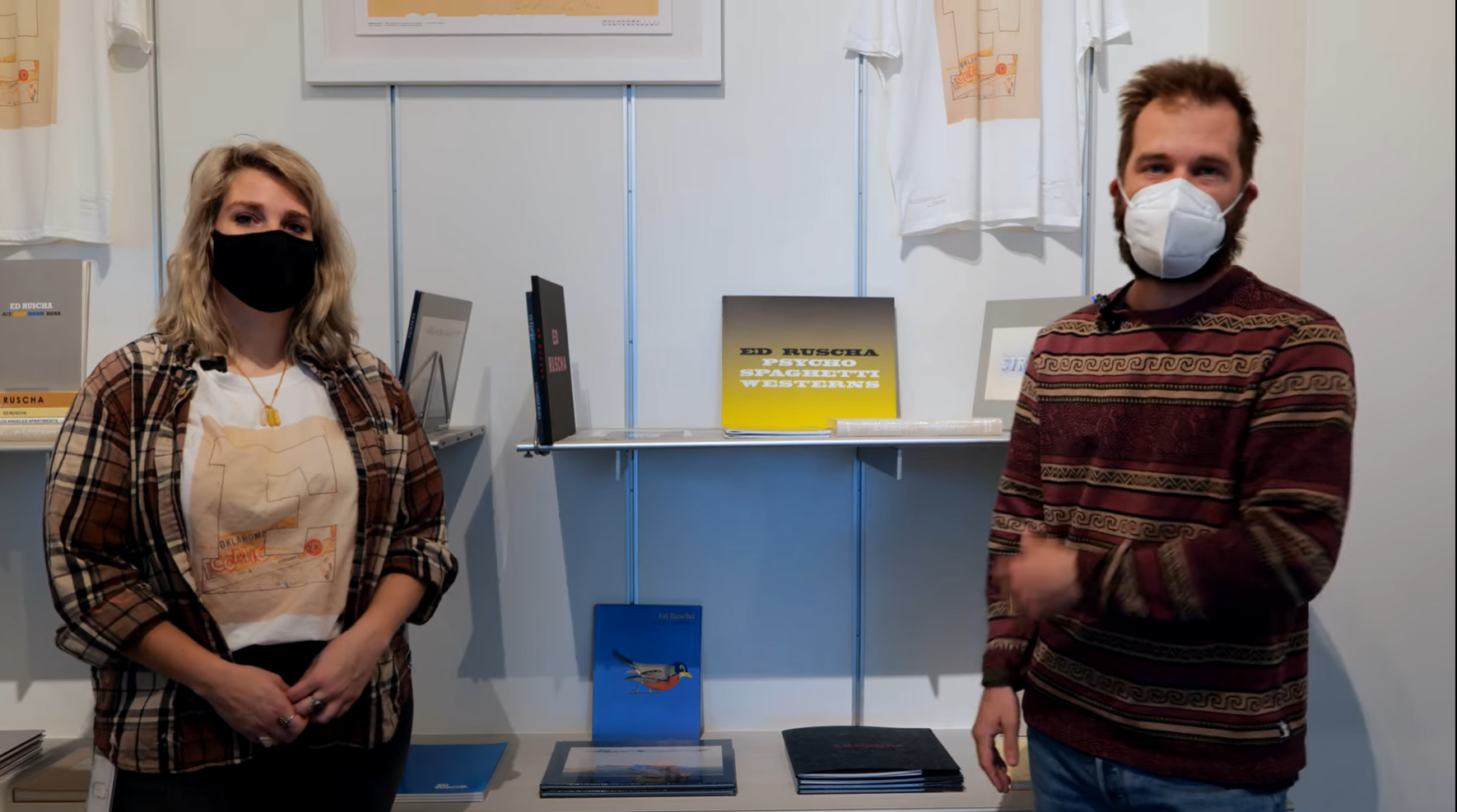 Is an original work by Oklahoman’s most-important irreverent artist out of your price range? Becca West and Garrett Colton (retail lead and manager, respectively) at Shop Contemporary have you covered with a variety of unique products tied to Ed Ruscha: OKLA. To start, you can snag a limited-run iconic Oklahoma-E tee (created through an unusual collaboration with Entireworld) or poster.

Or maybe a book is more your style. Many of the books in stock at the Shop were donated by Ruscha himself. “These were actually at his studio at one point,” West says. It’s a unique selection: “Most of them are out of print or past catalogues that he’s done. We have quite a few, and they’re really interesting and all very different.”

Colton is himself a collector of Ruscha ephemera and has brought in some of his mementos to add to the conversation. “Not many people know this, but Ed was really critical in kind of creating the importance of the art book itself,” he says.

Catch the retail duo talking about their favorites in the video below or dive into this list of some of the printed offerings. 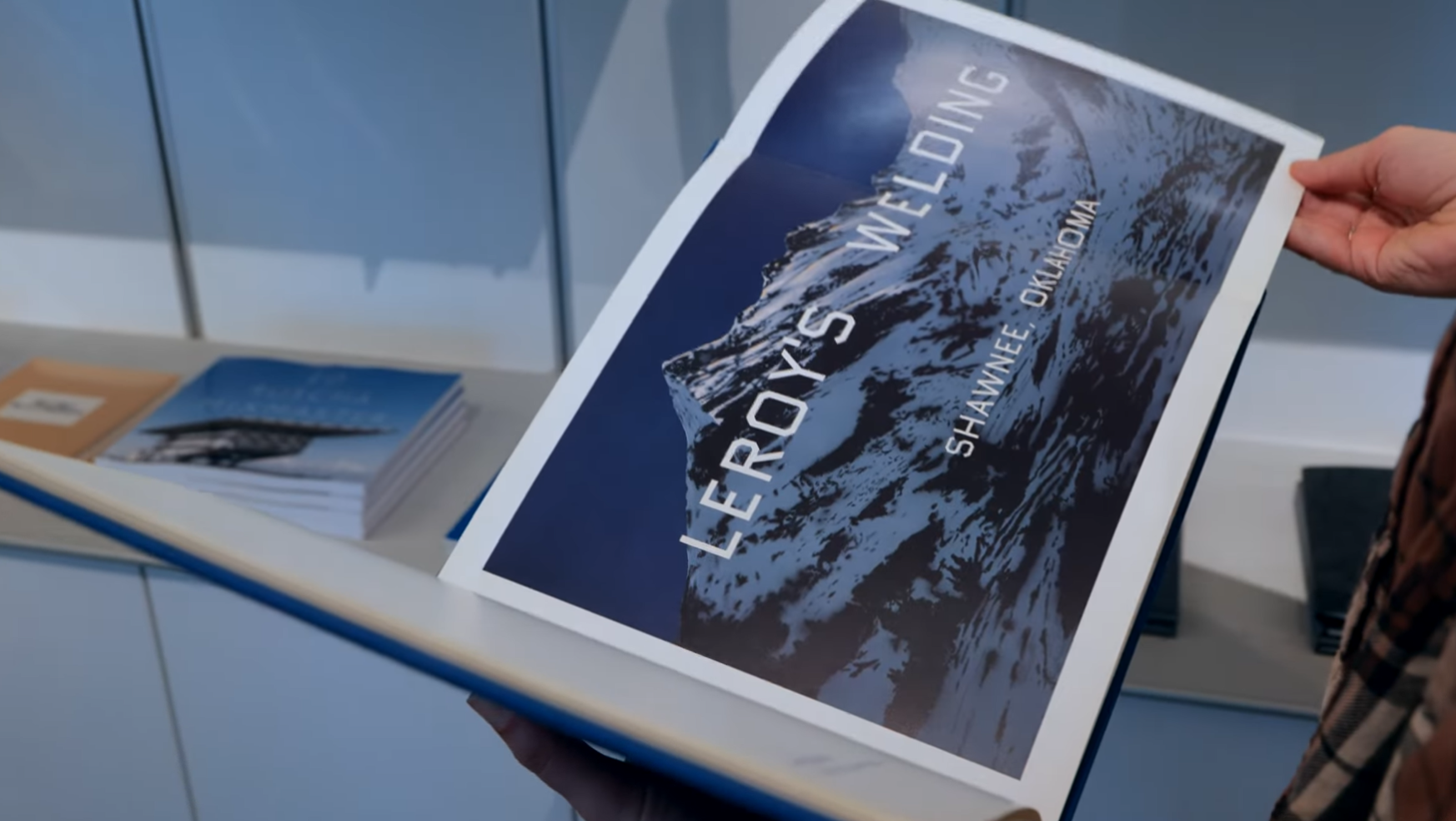 The shop's OKLA inventory included the artist book Road Tested, which features 50 works that span the artist’s entire career, inspired by his love of driving and the automobile. It also takes a look at the not-often-seen film Miracle, which is on view in OKLA.

They Call Her Styrene compiles 600 word drawings into a “sort of novel without an obvious plot,” a series of words with no narrative.

Also on shelves are a slew of exhibition catalogues, some rare and many hard to find, that showcase interesting, narrowly focused series (like an entire exhibition that looks at broken panes of glass or another that features all mattresses, all the time), specific styles of work and/or media, and shows from across the world. They include: 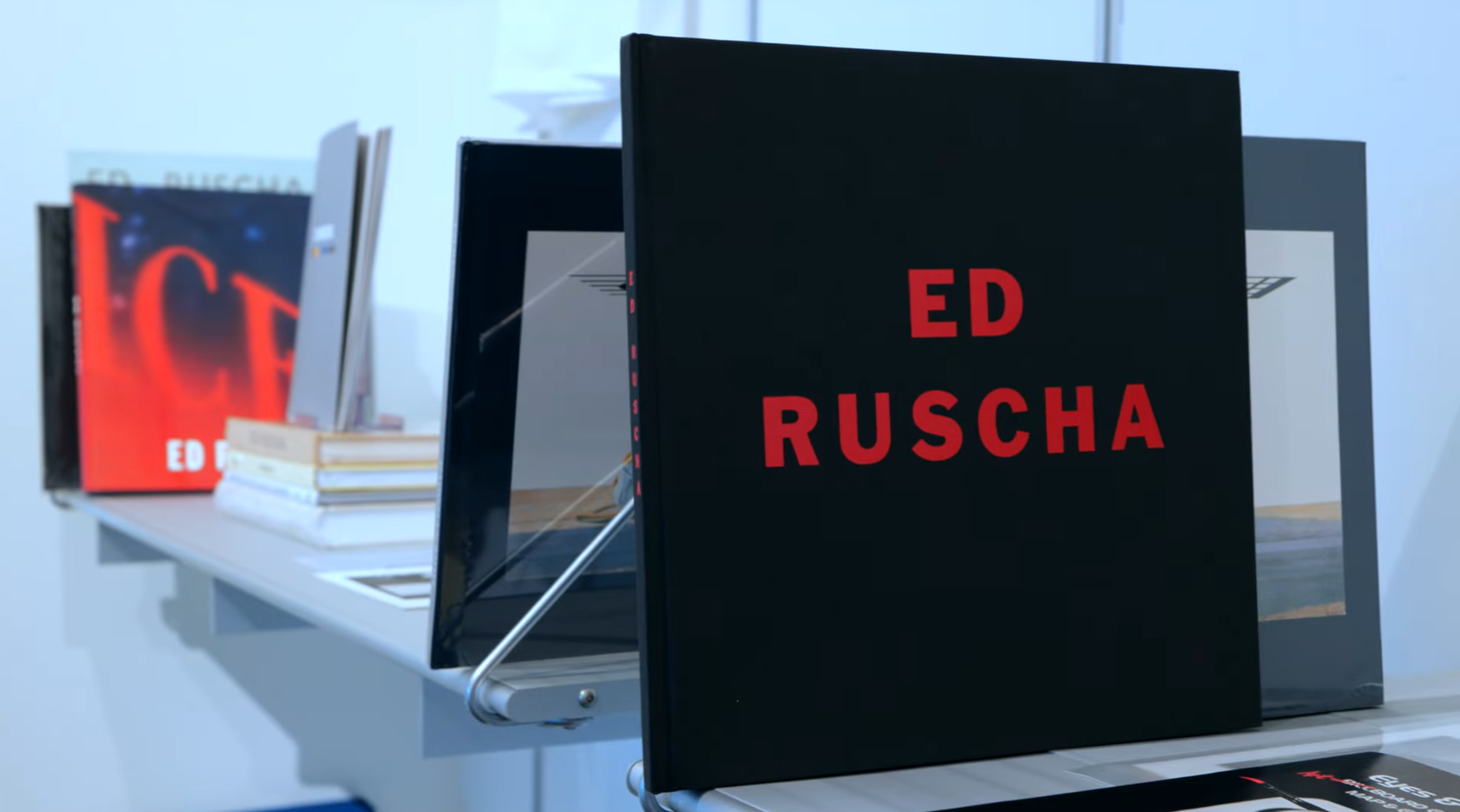 The shop, of course, reflects the both quirky and important works two floors up. Ruscha's artist books Twentysix Gasoline Stations (1963), Various Small Fires and Milk (1964), Every Building on the Sunset Strip (1966), Royal Road Test (1967) and Records (1971) are on view in our Main Gallery. And in our Learning Gallery, guests can practice some bookmaking of their own.

“We hope you’ll come see this really important and incredible Ed Ruscha hometown retrospective,” Colton says. “It’s a really special show, and we hope to chat with you and share some stories.”