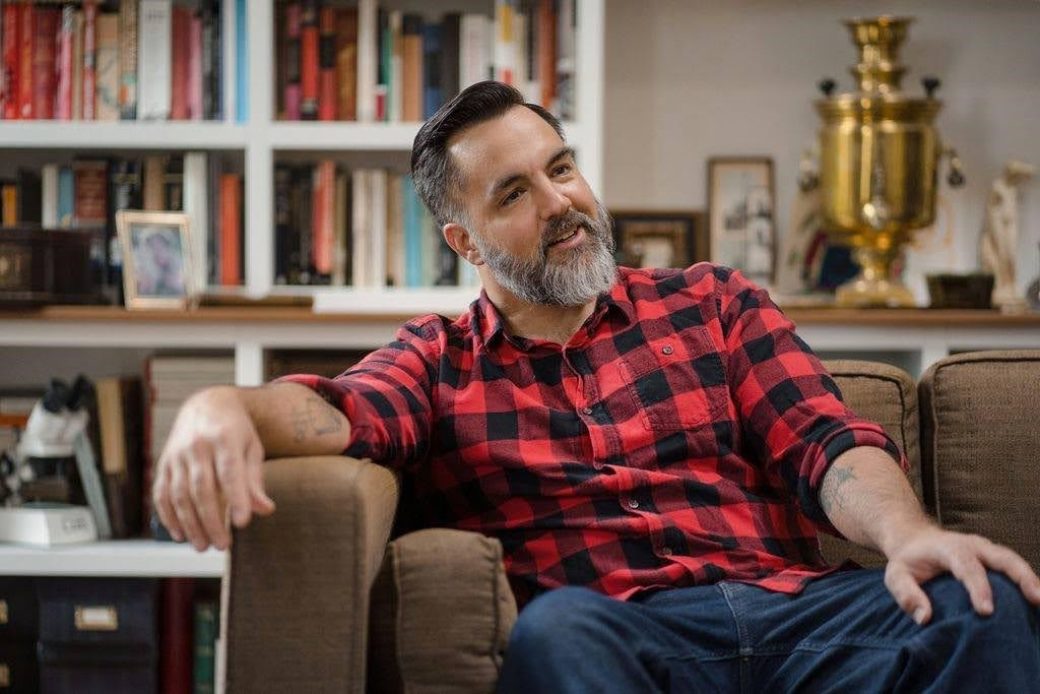 Where the Stories Come Sweeping Down the Plain 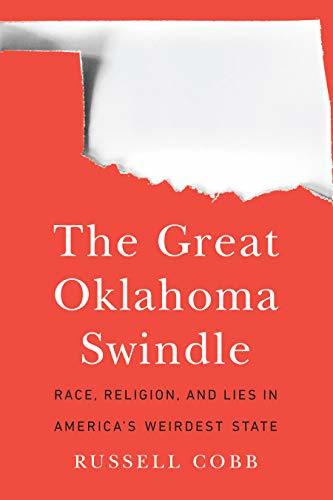 "The past is never dead. It's not even past."

Studio School instructor Russell Cobb wants you to channel your inner Faulkner (who penned the famed quotation in Requiem for a Nun) and learn that “we’re embodying history as we walk and talk and go through the world.” And then to find a story you want to tell – “some kind of historical event or moment (you) really want to know more about” – and to learn how to tell it, from primary sources on up.

In his upcoming Studio School class, Not Even Past: Making History Come Alive, Cobb will teach you how to write about history. Over the course of four weeks, you will:

Cobb brings an abundance of street cred to the Studio School role. He’s an academic (an associate professor at the University of Alberta) and journalist (his work has appeared in NPR, the New York Times and the Guardian) — there’s even a Netflix movie based on his reporting. Cobb’s newest book, The Great Oklahoma Swindle: Race, Religion, and Lies in America's Weirdest State, recently took home the 2021 Director’s Award from the Oklahoma Center for the Book. And rave reviews abound.

“Russell Cobb has done for his hometown of Tulsa and state of Oklahoma what James Joyce did for his Dublin and Ireland in Ulysses, populated with unforgettable characters,” says Roxanne Dunbar-Ortiz, author of Red Dirt: Growing Up Okie, about the book.

“(It’s my attempt to deal with the many contradictions of life and history in Oklahoma, through a very personal angle,” Cobb says.

He’s a fourth-generation Oklahoman. His dad’s family moved from the East Coast “seeking fame and fortune in the oil industry in the glory years of the 1920s.” Mom’s family is “more like the Joads, poor, rural eastern Oklahomans – but also four generations.”

Some of the best anecdotes in The Great Oklahoma Swindle, which explores our state as a “laboratory for all kinds of social, political and artistic movements, producing a singular list of weirdos, geniuses, and villains,” started right at home.

In 2016, Cobb’s mom took ill. As Cobb cared for her, she was insistent that the family home, in the Maple Ridge historic district of Tulsa, stay in the family. And he realized he didn’t know that much about the house. But he’d heard that the soap opera star Ted Shackelford had once lived there.

So he got out the abstract and dug. And dug some more. He learned that the first owner of the land was a Muscogee (Creek) named Tuckabache. 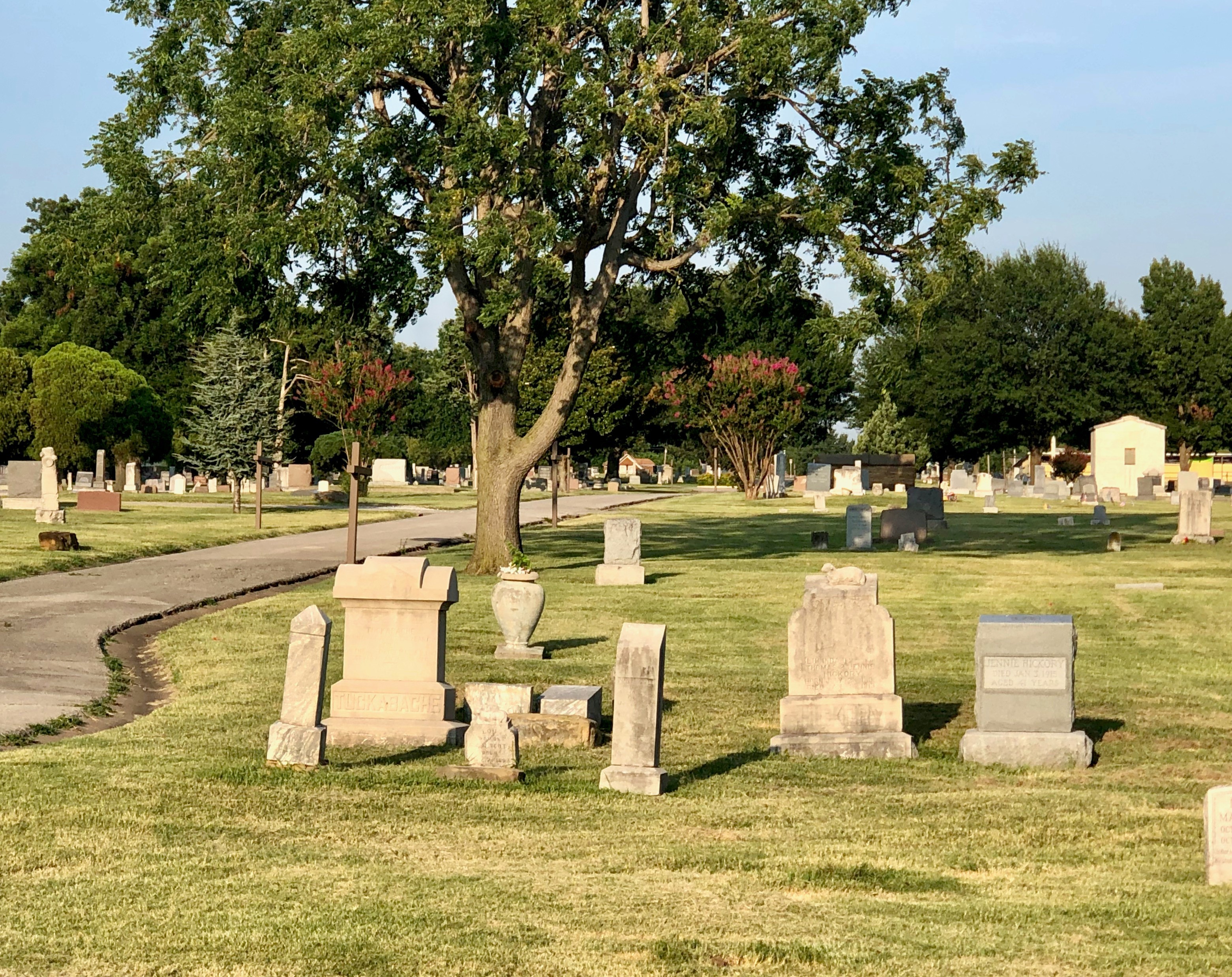 “It turned out his family burial plot was almost in my backyard. … That just shook me. Now what do I need to know? I started to read all about this man’s life. He’d came over in the Trail of Tears. He fought in the Civil War. He was in this whole other awful event, called The Trail of Blood on Ice. He had this important, almost monumental life – and he was buried, and his family was buried, almost in the backyard.”

Cobb discovered the graves had been disinterred in 1921 and moved to Oak Lawn. “So I went to go find the graves in Oak Lawn, and, you won’t believe it, they were like 20 yards from where they started excavating for the missing mass burials of the Tulsa Race Massacre.”

“When I put all that together, I was like ‘Wow. Wow.’ There was so much going on historically. And lots of Oklahomans, especially Tulsans, have these kinds of stories. They think: 'I had no idea – I just thought I’d grew up in this boring place. And the most interesting thing was that maybe a soap opera star at one point lived there.’ But there was a much more interesting story that no one told you about.”

You can read the “the story of Tuckabache, the first people to gather at Gathering Place and the land swindles that took their land” in a Cobb column in the Tulsa World here. And dive into Swindle for many, many more Oklahoma tales:

“Look down as you buzz across America, and Oklahoma looks like another ‘flyover state.’ A closer inspection, however, reveals one of the most tragic, fascinating, and unpredictable places in the United States. Over the span of a century, Oklahoma gave birth to movements for an African American homeland, a vibrant Socialist Party, armed rebellions of radical farmers, and an insurrection by a man called Crazy Snake. In the same era, the state saw numerous oil booms, one of which transformed the small town of Tulsa into the ‘oil capital of the world.’ Add to the chaos one of the nation’s worst episodes of racial violence, a statewide takeover by the Ku Klux Klan, and the rise of a paranoid far-right agenda by a fundamentalist preacher named Billy James Hargis and you have the recipe for America’s most paradoxical state.”

Ready to join Cobb and explore some historical paradoxes on your own? Registration for Not Even Past: Making History Come Alive closes May 9.