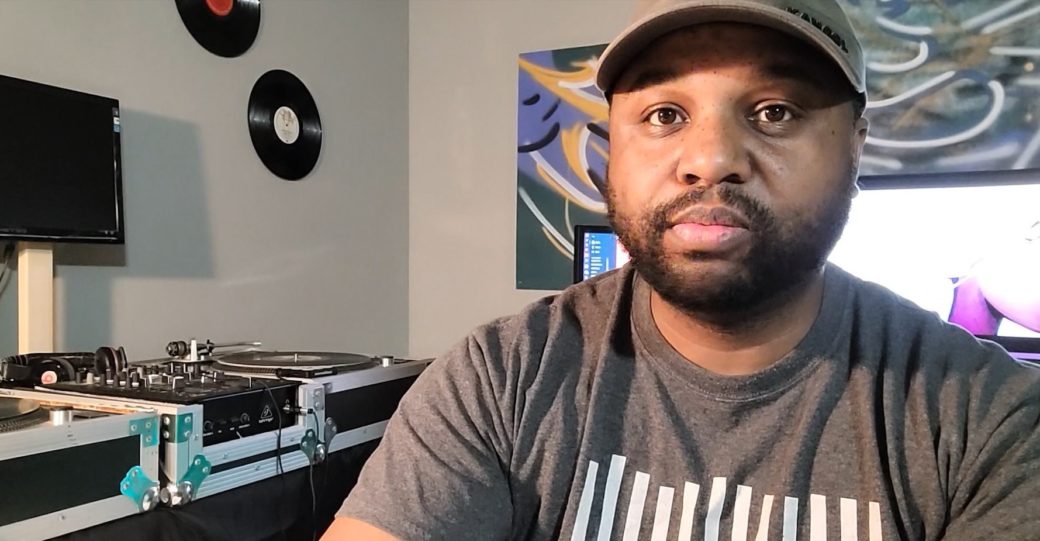 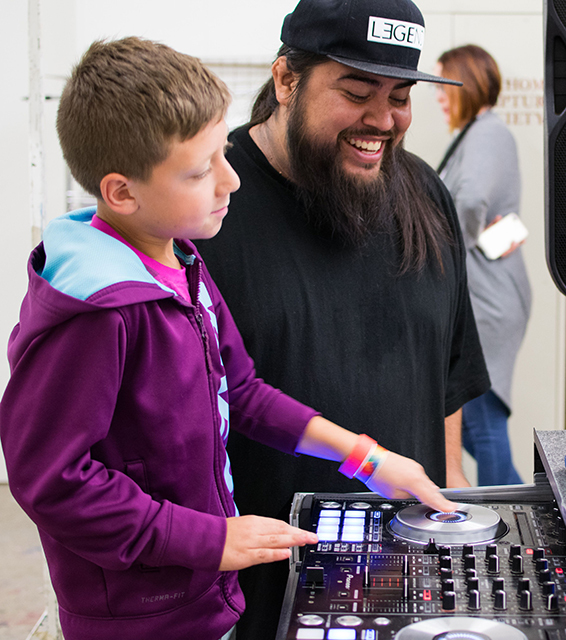 Get on the wheels of steel with Oklahoma Contemporary's DJ School

Nearly 48 years ago, 18-year-old Clive Campbell brought two turntables to a back-to-school party his sister was hosting in the rec room of his apartment building in the Bronx. By using two copies of the same record, the man known to party people as DJ Kool Herc was able to extend the rhythmic “breakbeats” that brought dancers to the floor.

That night, the modern concept of DJ’ing was born — and with it, hip-hop.

DJ Kool Herc’s self-taught skills literally changed the world. Five decades later, modern DJ techniques are still largely based on innovations Herc and his turntable disciples created, but technology and time have expanded the stylistic vocabulary of the modern DJ. Under the guidance of Studio School instructors Tony Tee and Angel Little, those principles and a half-century of new techniques will be passed to students in our new DJ School.

“The beauty of mixing is the nonstop flow of energy. It creates a never-ending flow of movement, alignment and connection – all the things that make us human,” said Tee, known around OKC as DJ Nymasis. “And at the end of the day, the DJ is the party. The skills one possesses and how one reads the room to set the right tone for that exact moment can create lifelong memories for you and your listener. Satisfied guests lead to recommendations, and those requests for your services lead to more weddings, private parties and club gigs.”

The origins of DJ School can be traced to Not for Sale, the 2017 graffiti exhibition at our Fairgrounds location, during which Tee taught an afternoon DJ class. Shortly after Not for Sale, Tee and Little began talking about ways in which that early class could become more detailed and expansive, and DJ School was born.

For today’s #ThursdayThree, we talk with Little about DJ’ing and its elemental place in hip-hop, the kind of techniques that will be taught in DJ School and the importance of bringing this kind of education and instruction to Oklahoma Contemporary. 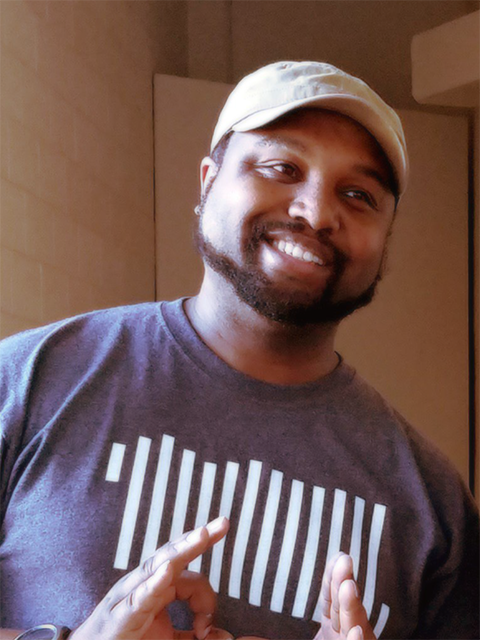 Are the techniques you teach in DJ School based on particular practitioners of the art form?

The next thing to get them used to is the different ways of mixing, which is transferring music from one side to the other. We teach the original turntable technique by DJ Kool Herc, which is called a merry-go-round, and so we help them to be able to work the merry-go-round technique.

And so, around the time Grandmaster Flash was doing his thing [with the crossfader], Afrika Bambaataa was also doing things to make it where there were songs that could be played without the DJ having to mix them in. For the longest time, the DJ had to create the effects and mix them in, and so they had no breaks. Bambaataa came up with music that works for that, and that's one of the things that we're going to teach: how to find music that pretty much keeps the energy going by itself, versus you having to create the vibe or energy as you go. That gives you a chance to be able to take a break. If you need to go to the restroom, you can walk away and the song is doing the work instead of you having to do it.

And then of course, basic mixing techniques with stabs, scribbles, crabs, basic transformer – techniques that have, you know, become kind of universal in the way of things. 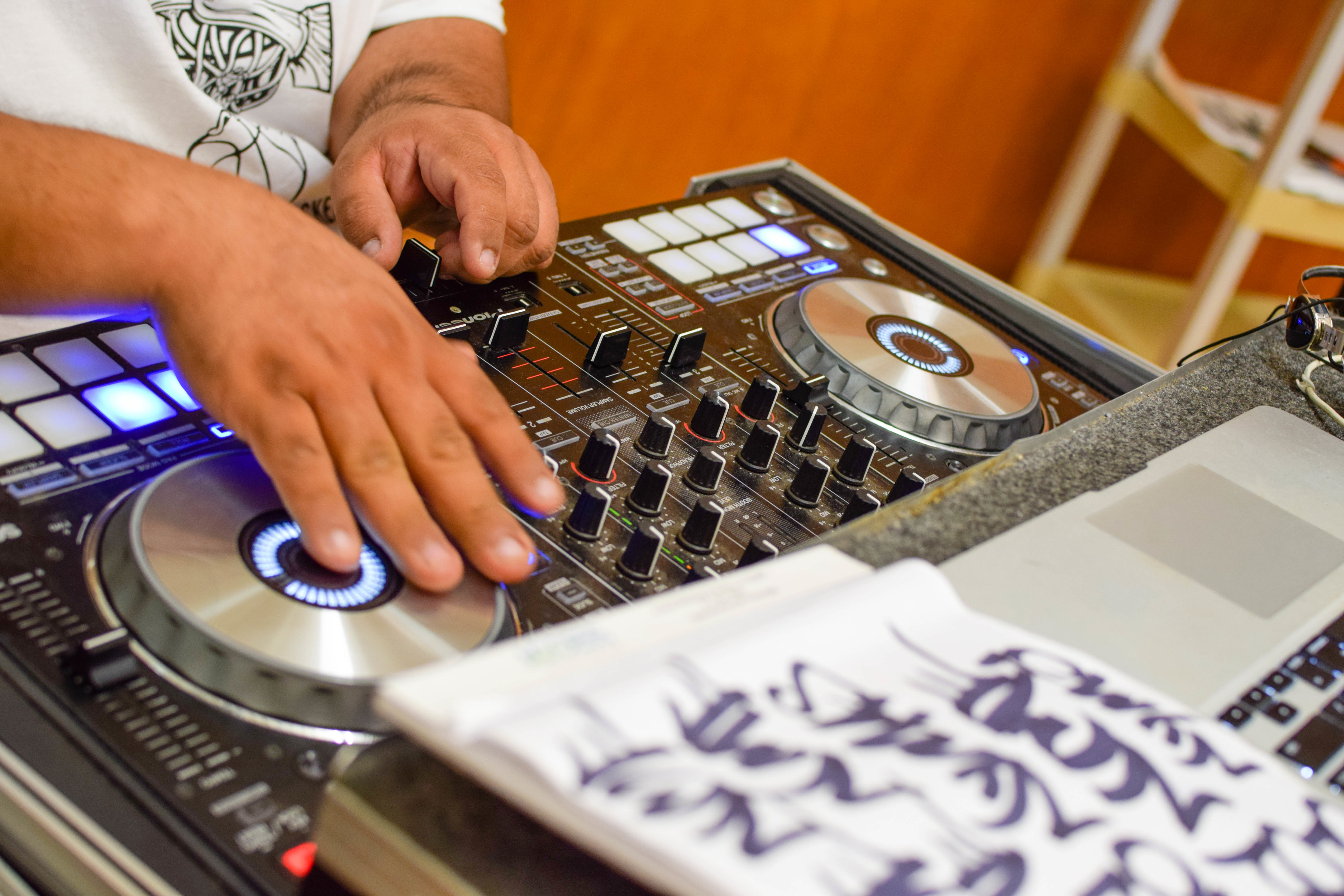 Along with the elemental aspects of turntablism, are there modern digital techniques that will be incorporated into DJ School?

Little: We're using a Denon system for the DVS, which is a digital vinyl system. This allows you to look at the music on a screen versus just hearing it. You can see the shapes of the music, and it allows you to identify sounds based on waveforms. Like, I know a snare is coming up because of the shape. I know a high sound or a low sound because of the shape, and being able to read and look at the shape goes into beatmaking.

We are using equipment that's new, that's out of the box. Most of the stuff that we're using is not more than four years old, and in the DJ industry that's a big deal. I also have equipment like my Technics turntables that I've had now for 11 years, but they're about 26 years old. And they work perfectly fine.

How unusual or important is it that DJ School is being offered in Oklahoma City, which has a thriving scene but is still building a national profile within hip-hop culture?

Originally, when we did Not for Sale, Tony taught a DJ class during one of the events, and they loved it. They thought it was great, and then Tony and I thought there's actually a market for this. England right now, particularly in the Manchester area, they have tons of DJ classes and they teach people how to do this. So I said, “Let’s do that here in Oklahoma.”

I'm all about it. I feel like we're in the auspicious position right now to do this with DJ School. This can be a standard now that's just a part of the state, no different than the murals that we see going up everywhere now.