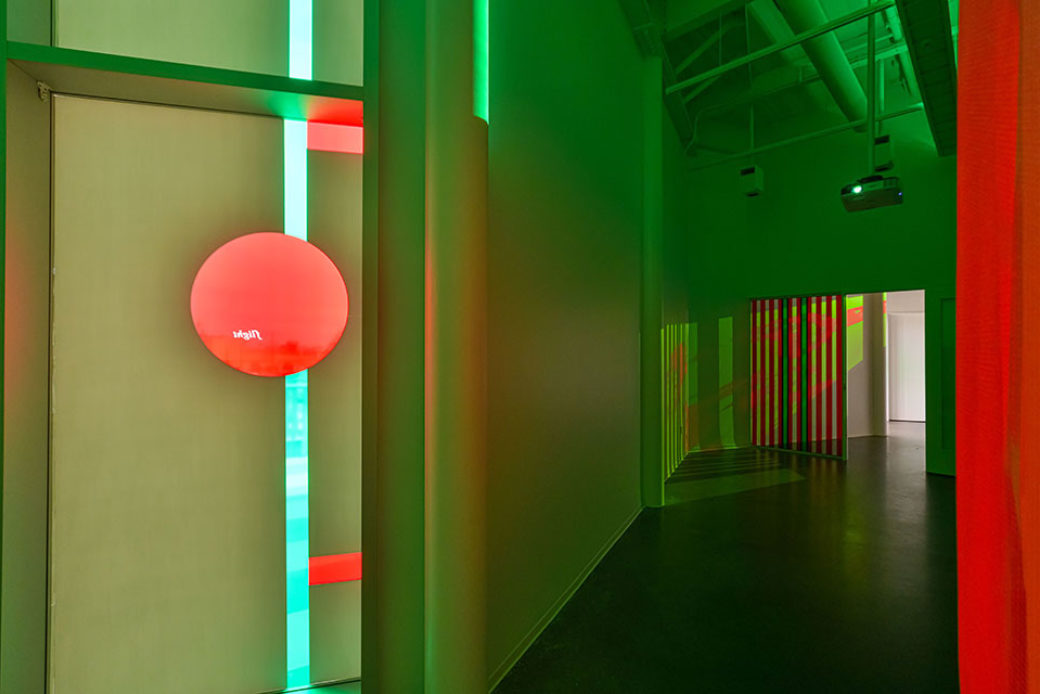 'Both Metaphor and Poetry,' Flight Shines Light on Long-Hidden History 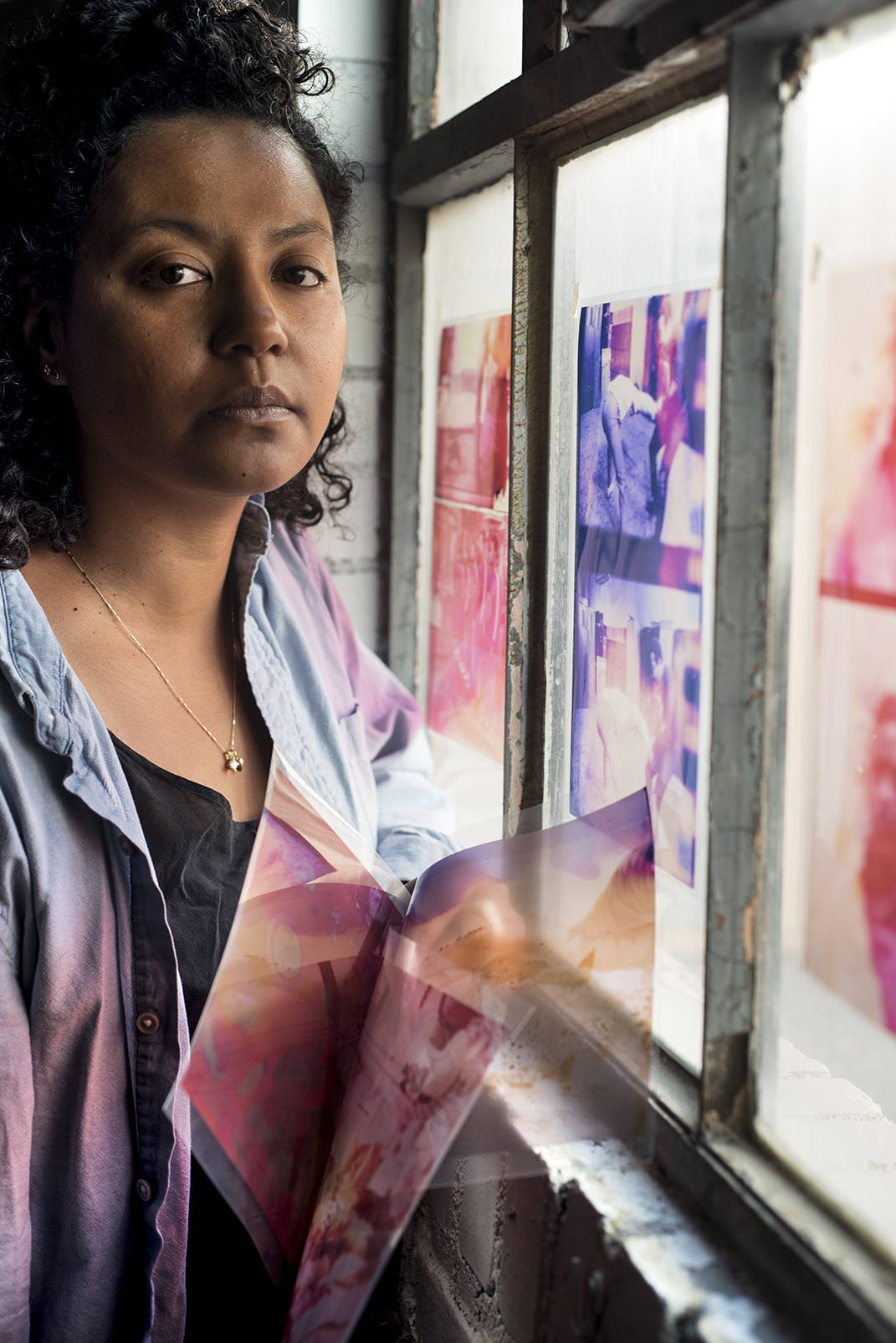 Flight explores the impact of suppressed history and public secrets, including the 1921 Tulsa Race Massacre

Currently in our Artist-in-Residence Studio Gallery, Oklahoma artist and Guggenheim Fellow Crystal Z Campbell’s multimedia exhibition Flight incorporates archival film and sound in an effort to contextualize and shed light on public secrets in American history. Make your free reservations to experience it now through Oct. 28.

Carina Evangelista, Oklahoma Contemporary’s director of curatorial affairs, says Flight compels visitors to confront the 1921 Tulsa Race Massacre and other times when history overlooks or delays acknowledgement of history and to help understand their long-ranging impact.

“Campbell’s practice is geared, among other things, toward throwing light on the seemingly invisible or inaudible aspects of public secrets,” Evangelista says. “Flight proposes a way of feeling one’s way through the missing, muddied and delayed historical accounting, the dimensions of which inextricably condition the inequity that persists today. Video projected on the wall outside the gallery draws visitors from the corridor toward the space transformed by the artist into an immersive experience, positioning the viewer within the installation as witness to the thoughtful parsing of a past through the present.”

From the moment you enter Flight, you are transported sonically to the Tulsa neighborhood by You Dropped a Bomb on Me, the 1982 hit single by The GAP Band. The trio, consisting of brothers Charlie, Ronnie and Robert Wilson, named their group after the Greenwood, Archer and Pine streets in the district. In the context of Flight, the song evokes the planes used to bomb the district May 31-June 1, 1921. From there, projections, sounds and visuals show how received history refracts or even keeps stories from being told. At a time when history itself is the subject of heated debate, Flight keeps the conversation about difficult subjects alive.

But while the massacre provides a context for Flight, the exhibition is broad enough to include other instances in which events from history fell from memory. Visitors will experience video, three-channel sound and vinyl as well as digitized 35-mm and 16-mm film incorporated with archival material footage from film shot by Solomon Sir Jones documenting Black communities in Oklahoma in the 1920s and footage from psychologist B.F. Skinner’s research on conditioning behavior. 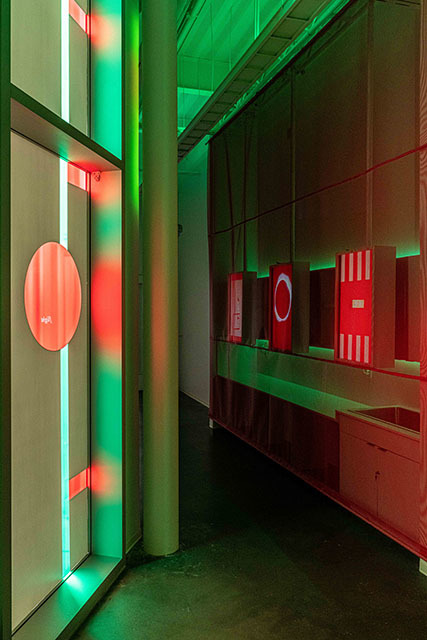 Evangelista said that Flight should be seen as a poetic exploration of these themes rather than a detailed historical account.

“Suffused with light, sound and projected image, Campbell’s architectural and optical intervention is both metaphor and poetry,” she says. “The word ‘flight,’ which could be viewed as the amalgam of ‘fight’ and ‘light,’ pierces the window from inside the gallery — as if to serve as a puncture valve in a chamber of silenced history.”

After seeing Flight on the second floor, you can head upstairs for We Believed in the Sun, in which artists Ron Tarver and Ebony Iman Dallas illuminate overlooked aspects of the larger history of Black Oklahomans that resonate with present-day African-American communities in the state.

“2021 is such a banner year for thinking about what it means to be Black in Oklahoma," said Christina Beatty, project coordinator for the historic Freedom Center, who co-curated the exhibition with Associate Curator Pablo Barrera. "The parallels between the centennial commemoration of the Tulsa Race Massacre and last year's civil and social unrest about how Black lives are still being taken too often shed a light on the work that remains regarding basic human and civil rights,”

Recovering the narratives connected with the massacre will take more years and greater study, but Flight, paired with We Believed in the Sun, offers some sense of poetic perspective.

Get your tickets to experience Flight and We Believed in the Sun here.