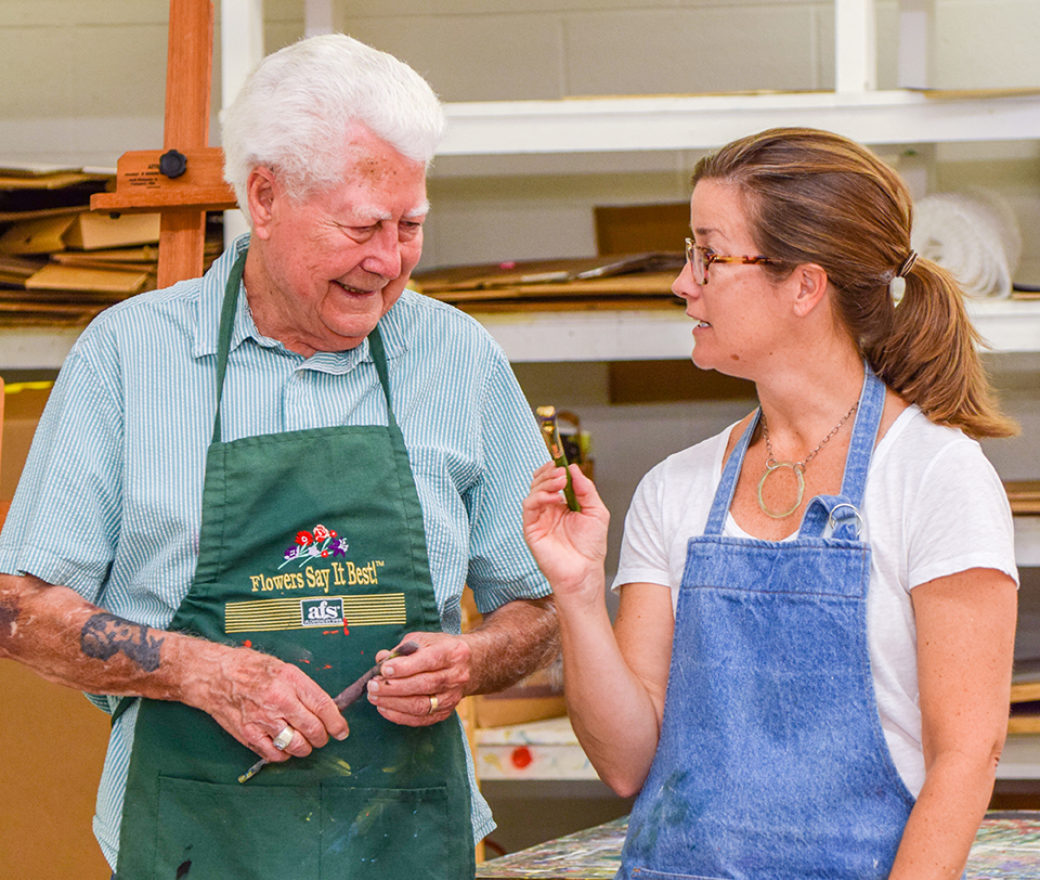 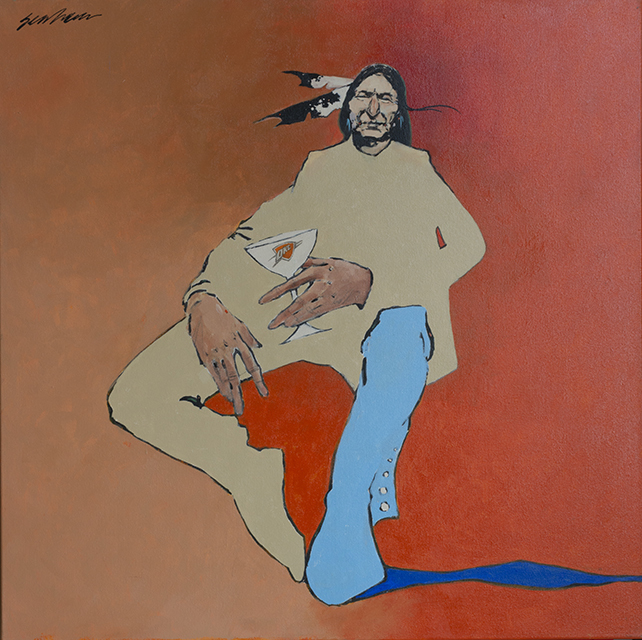 Bert Seabourn, recipient of the inaugural ArtNow Focus Award, was in eighth grade in Purcell Public Schools when he sold his first comic, an event that led to a thoroughly artistic life. His work as an expressionist painter and sculptor has made the 90-year-old Seabourn one of the most recognized and revered artists in Oklahoma, an artist whose humor and humanity is reflected in his ever-evolving art.

Opening to the public Friday, ArtNow 2021 is a biennale exhibition featuring a total of 115 works from Seabourn and 26 additional Oklahoma artists from a range of backgrounds and experiences. This makes ArtNow 2021 a perfect forum to celebrate Seabourn’s own expansive work in the arts.

While serving as a Navy journalist during the Korean War, Seabourn published comic strips like Navy Heroes and Your Fighting Ships: Little Known Facts about Your Navy, keeping things light in serious circumstances. When he emerged from military service two years after the end of the war, Seabourn was primed for work as a commercial artist. He worked for Oklahoma Gas and Electric during the day and studied art at Oklahoma City University at night, constantly building his repertoire and expanding his subject matter.

Early on, Seabourn created abstract art, but his 1963 entry in a mural contest commissioned by Kerr-McGee Corporation signaled his first major artistic change. He created a mural depicting seagulls buzzing the metal scaffolds and platforms of an offshore drilling rig — and while he did not win the contest, it sent him in a new artistic direction, painting waterfowl. Having become a full-time artist in 1978, Seabourn is now known for his evocative depictions of nature and his critically lauded acrylic character studies of Native Americans.

Seabourn’s work has exhibited internationally, and much of it now resides in the permanent collections of prestigious institutions around the world. A mini-exhibition within an exhibition, 10 of Seabourn's works are included in ArtNow 2021. These range from 1987's Taos Love, a silkscreen on paper depicting two people holding hands in the art capital of Taos, N.M., to 2020's Medicine Potion, featuring a Native American in European-style formal wear cradling a martini.

In 1997, OCU named him an Honorary Doctor of Humane Letters, and over the years he has received Oklahoma’s Living Treasure Award, a Lifetime Achievement Award from the Paseo Art Association and the Oklahoma Governors Arts Award. Next, he’ll receive Oklahoma Contemporary’s first ArtNow Focus Award, in recognition of his contribution to the cultural landscape in the state.

In advance of the new honor and the opening of ArtNow, we talked to Seabourn about the scope of his career, which featured both decades of teaching (including at Oklahoma Contemporary’s fairgrounds location) and work as a professional artist. 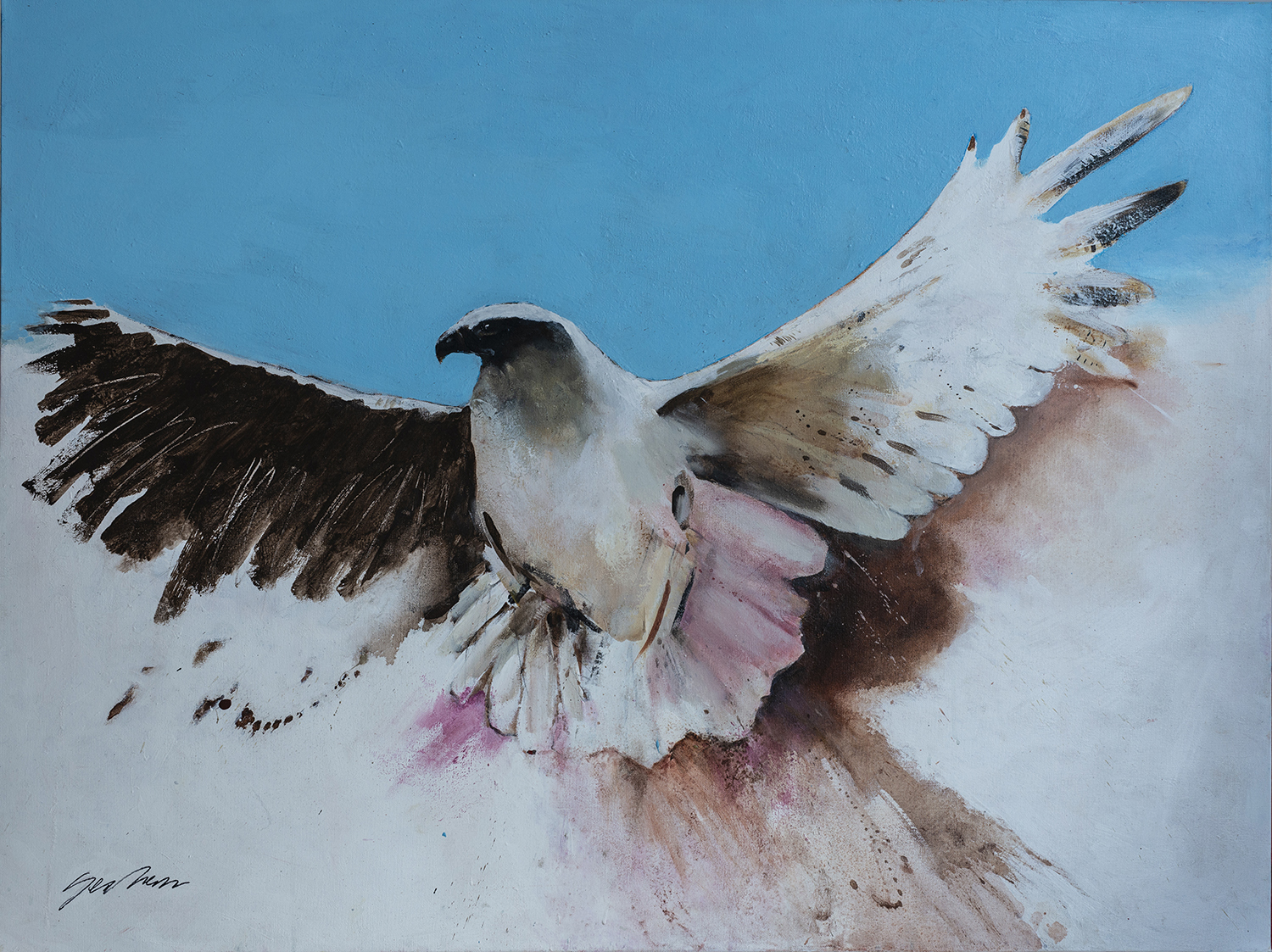 When you first started your professional career as an artistic, what inspired you?

Well, I started out doing objective abstracts. My teacher at OCU was a very good abstract artist, and I think the whole art department was really going toward abstracts at the time. I did it for several years before I started doing anything else. After abstracts, I wanted to start doing birds of prey around the ocean – seagulls. I would go to the Texas coast and camp out and paint birds for three years. Then I changed direction with the Indian paintings. I started out strictly watercolor, and now I’m strictly acrylic.

How important was it for you personally to pass along your artistic skills as an arts educator?

I worked for many years teaching, and I was teaching with you guys at City Arts at the fairgrounds. It was a good feeling, because I learned that I was a good teacher. I taught classes at University of Central Oklahoma and taught all over the country for a while. And I learned a lot then.

You have spent decades as a professional artist. How have prospects for artists changed in Oklahoma since your early years in commercial work?

I was an artist in the Navy from ’51 to ’55, and then I went to work for OG&E, first in their drafting department and then in their commercial art department, working on their magazine and doing layout for that. While I was working at OG&E, I was enrolled in night school for art for six years. When I started painting, there were no galleries – nothing hardly. And right now, I think Oklahoma City and Oklahoma period are very good for artists and for people opening galleries.

Experience the work of Seabourn and his fellow Oklahoma artists first-hand. Get your free tickets here for ArtNow 2021.