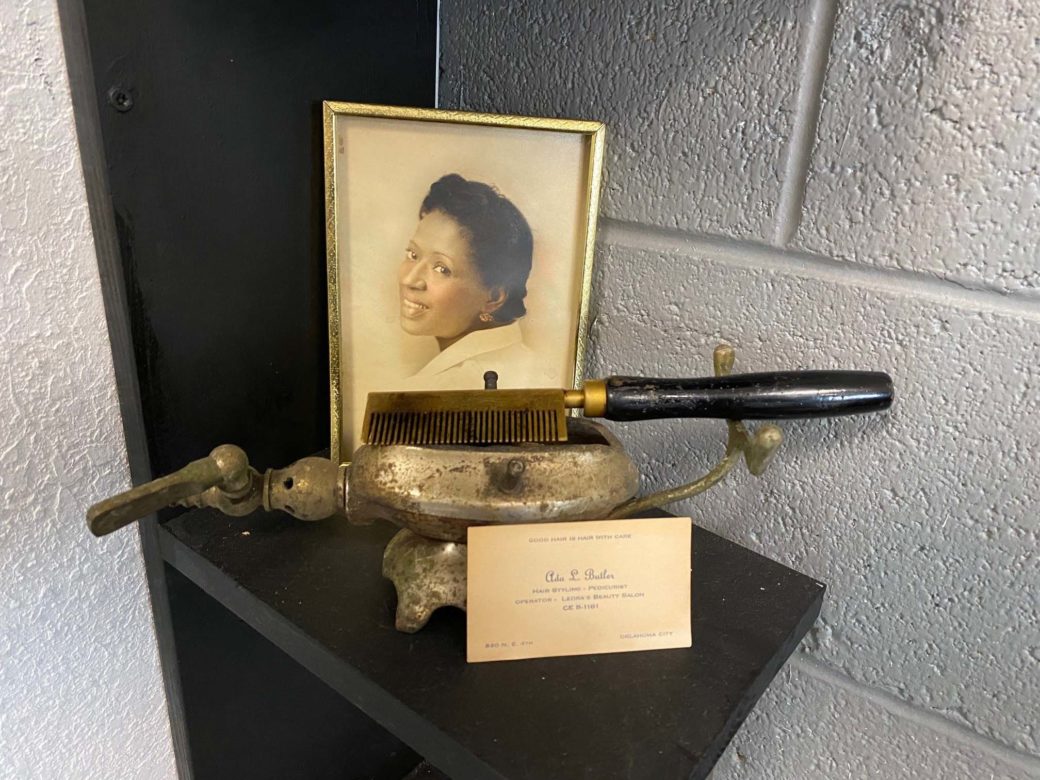 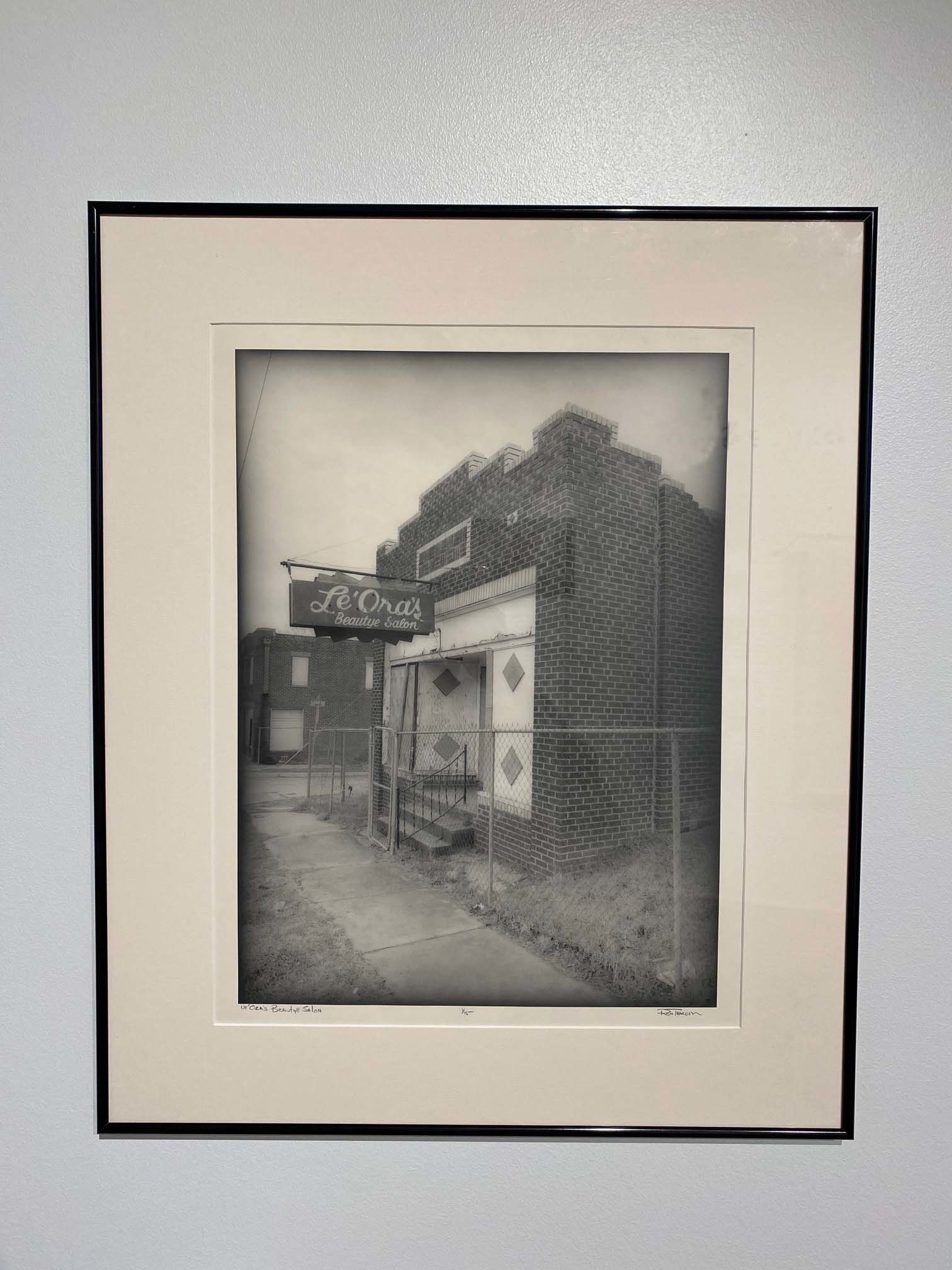 On a corner shelf in the back stall of her salon, Ronni Potts displays several pieces of old beauty equipment once used by her great aunt, Ada L’Ora Butler, at L’Ora’s Beautye Salon in Deep Deuce. There are two straightening comb heaters – one electric and one gas powered – that Potts said could get as hot as a kitchen stove. She also has one of Butler’s blow dryers, which looks like a cross between a modern Conair model and an old car engine air filter.

“I would have to guess it’s from the ’50s,” said Potts, whose own hair salon, Fetish, opened after COVID-19 quarantine at 1836 NE 36th St. The equipment is both a symbol of a family’s decades-old commitment to the beauty tradition and of one storefront that was part of a thriving Black business and entertainment district in Oklahoma City.

L’Ora's Beautye Salon – the second “e” at the end of “beauty” offered a distinct touch of class – was located at 330 NE Fourth St., two blocks over from the thoroughfare that gave Deep Deuce its name. A photo of the salon appears in We Believed in the Sun, Ron Tarver and Ebony Iman Dallas’ exhibition exploring family, history and lost communities. For people who are familiar with Deep Deuce as an in-demand neighborhood of apartments and townhomes, Tarver's photo of L’Ora’s offers a vestige of what Deep Deuce was, and what it meant to its original Black residents.

Deep Deuce – also known as Deep Two or the Deep Second – was the equivalent to a Black Wall Street in Oklahoma City, a place where commerce boomed and jazz wafted out of the district’s storied joints. Guitarist Charlie Christian, one of the credited architects of bebop, lived in Oklahoma City and played in Deep Deuce along with legends like Count Basie, Bessie Smith and Jimmy Rushing.

Ralph Ellison, the famed author and poet, lived and worked in Deep Deuce. In an interview published in The Oklahoman one year before his death in 1994, he described lying in bed and listening to the jazz pouring through his bedroom window.

“You couldn't escape it,” Ellison told reporter John Perry. “That was one of the delights.”

While Deep Deuce is remembered for its jazz era contributions to culture, places like L’Ora Beautye Salon were the heartbeat of the district. In historically Black communities, barbershops and beauty shops were conduits for communication, places where the news and gossip of the time got absorbed into the bloodstream of the community. People came in to look good and came out shaped up and carrying a passel of fresh information about their neighbors and their town.

Butler had two salons. The first was in Taft, Oklahoma, a historic Black community, and the license Potts displays in her own salon is from that period. Potts said she thought the L’Ora Beautye Salon location in Deep Deuce was opened in the 1950s, when the district was still prospering. But then in so many American cities, historically Black neighborhoods were literally marginalized by Urban Renewal efforts and the Interstate Highway System. They were often cut off from foot and car traffic by these highways and freeways, and much of Deep Deuce was wiped off the map by the building of Interstate 235 in the 1980s.

This is why Pablo Barrera, associate curator at Oklahoma Contemporary, was so interested in both the photograph and the story of the Deep Deuce that lives on in Tarver’s portion of the We Believed in the Sun exhibition. Because the location of L’Ora's Beautye Salon is now taken up by apartments, it is important to remember the original Deep Deuce and how it was not just a center of commerce for Oklahoma City’s Black community, but a center for people’s lives.

“People, through force, had to create their own economies because they were not allowed to participate economically outside of their neighborhoods, precisely because of segregation,” Barrera said. "So this is all done during the segregation era, Jim Crow, so these neighborhoods were built with black communities in mind in Oklahoma because they had no place else to go.” 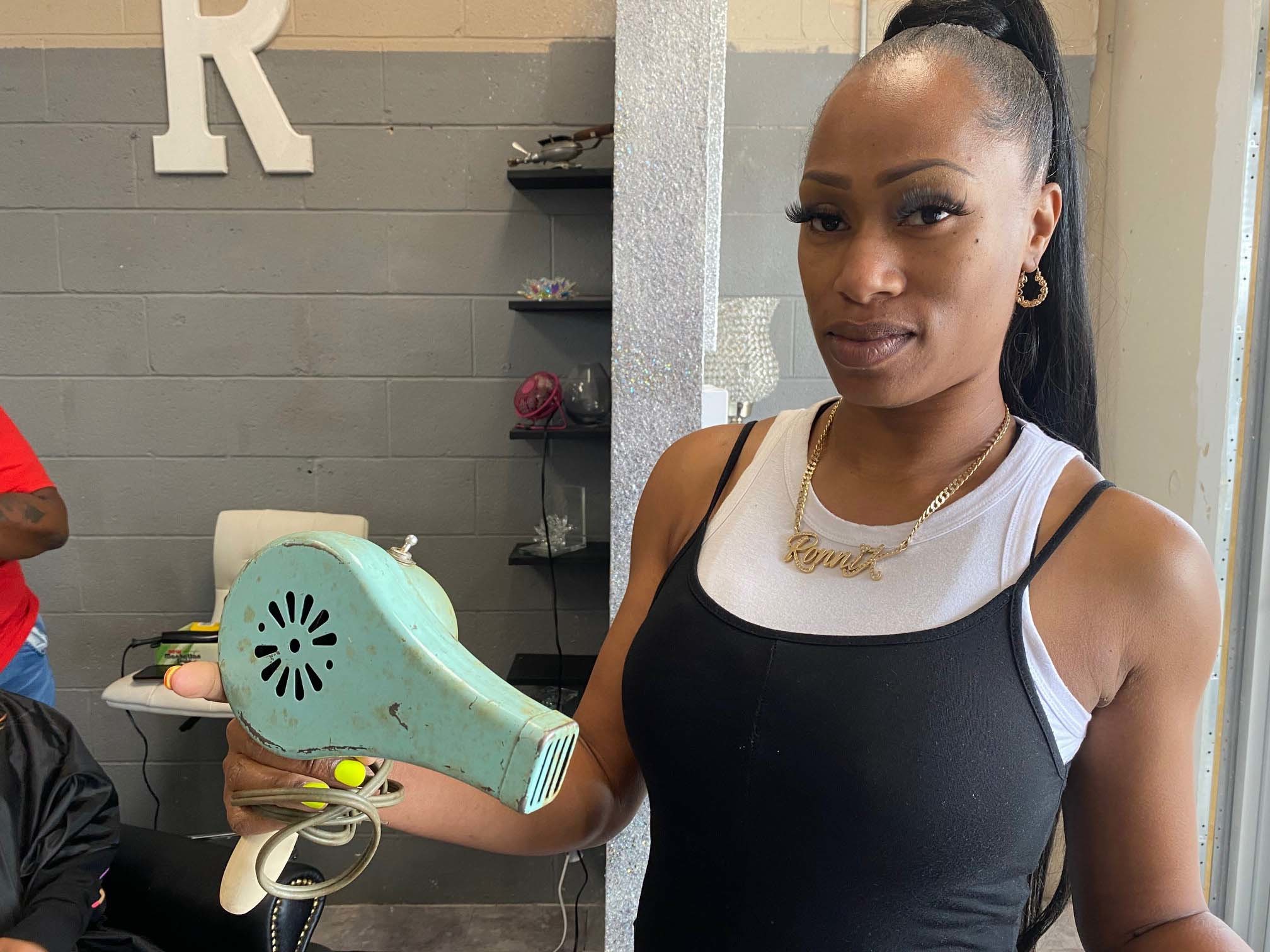 Ronni Potts holds one of her great aunt's blow dryers.

For Potts and her family, the inclusion of the photo in We Believed in the Sun helps solidify her connection to a great aunt that she never got to know, but whose profession ultimately passed to her decades later. As she gathered some of the artifacts from L’Ora's Beauty Salon, Potts picked up a framed photo of Butler, a tangible reminder of a place and a person.

“I know they don’t have a photo of her in the exhibition, so here she is,” Potts said, straightening the photo on the corner shelf. “This is her.”