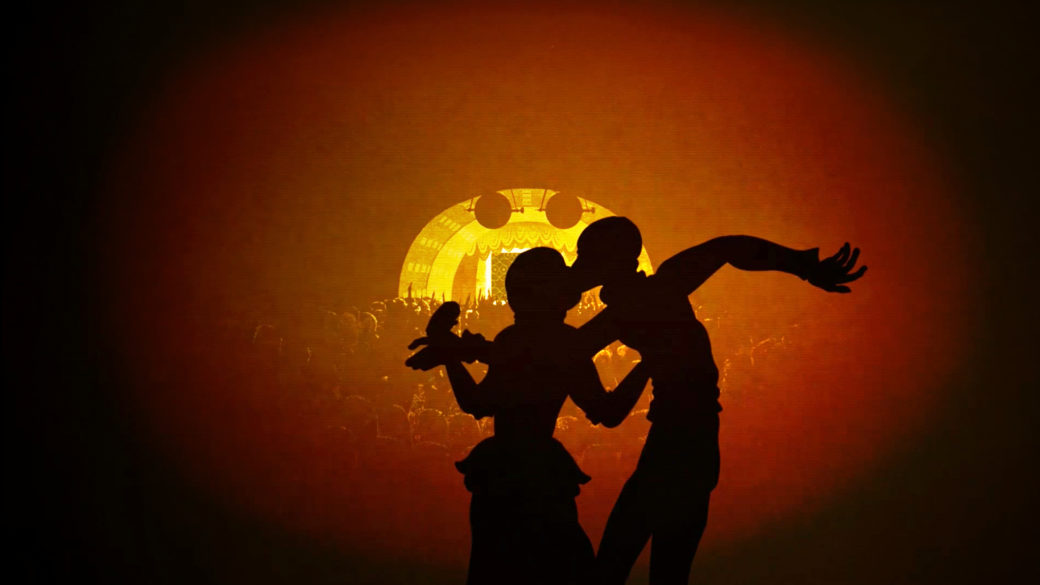 Saturday, May 11 | Animation as Art

Animation is Art delighted audiences with a family-friendly Saturday afternoon program, suitable for all ages, and an incredible closing-night program, which featured a terrific slate of contemporary animated films from around the world. Saturday night's program ended with a performance of A Brief Spark Bookended by Darkness with live music accompaniment by Brendan Canty (Fugazi, The Messthetics).

A lateral descent through the midnight blues and blacks of ice and the refracted colors from absorbed oils.

Higher Ground is an interdisciplinary work consisting of video, sculpture and photography commissioned by the Houston Airport System, City of Houston Civic Art Program. In the spirit of George Méliès landmark illusionistic film A Trip to the Moon, the artists Hillerband+Magsamen with their children embark on an adventure to construct and fly a rocket ship to the moon by taking apart their Houston, Texas, suburban home.

Ivan Besse managed the Strand movie theater in Britton, South Dakota, during the Depression. Besse owned a 16 mm camera and used it to shoot people at their various activities around town during the day. He screened the local footage before feature films and newsreels as a lure to entice paying customers into the theater. Most of his two-and-a-half hours of footage depicts townspeople walking down the street. There are also scenes of a barn being moved, a cornhusking contest and kids running out of a school. What really stands out is eight minutes of children’s portraits. The subjects – dressed in what appear to be their Sunday best – clearly had no notion of a movie camera. The lack of an overt narrative creates a sort of cinematic paper-doll environment. The film invites viewers to drape these images with futures, which have long since become histories. The drone of Johnne Eschleman’s accompanying melancholy organ composition casts a tragic shadow over these bright faces, one that may or may not have come to pass.

Mothlight
Director: Stan Brakhage
Run time: 3:26
Essence of lepidoptera re-created between two strips of clear Mylar tape: an anima animation. What a moth might see from birth to death, if black were white and white were black.

With music, magic and a stirring narration by Lotte herself, Lotte That Silhouette Girl tells the fairy tale story of Lotte Reiniger, animation pioneer and inventor of the multiplane camera, whose passion for her art was tragically thwarted when she was forced to leave Berlin in the early 1930s.

Seventy-odd years ago, the set of the Hollywood Western was almost as crude as the message. Red Stallion’s Revenge reminds us, with much humor gained by the hindsight of modern technology, of how primitive art movies used to be. More seriously, the piece exposes the bombast behind the justification of utterly eradicating the wild to replace it with the herd. Throughout, the smooth crooning of Chris Sand and Trisha Lovgren slowly breaks our hearts.

From director Jon Jost, “Muri Romani is, I suppose, a kind of documentary in a somewhat radical form. In appearance it is utter simplicity: the image of a patch of wall in Rome, today. As one watches the wall seems to change, invisibly, without technical means. The sound is a collage of street sounds: motorin, bells, people talking, trams, and sirens – the daily sounds of central Rome. Somewhere in the passage of watching I think the viewer – at least those tolerant of such a kind of work, so antithetical to normal film expectations – begins to ponder the passage of time, of history, and perhaps in some odd way, the meaning of life. Or at least that is my intention and hope.”

Attempting to remove an unresponsive badger from a dark road, a police patrol soon realizes that the animal is not dead but rather dead drunk. Things take an even stranger turn when the creature wakes up.

A film about (local) patriotism, tourism and emigration. The girl has lived in a gray, isolated country, enclosed by a huge wall. She has never travelled anywhere, but all her life she has been dreaming of leaving forever for a perfect world called Abroad.

As she is showering, dressing, putting on her makeup, a woman bares her soul. She speaks of her fears, her complexes and the process of accepting – even loving – herself. Insecure, she loves neither her body nor her face. Then, one day, she starts posing as a photography model for a friend. With the passing of time, the photographs reveal to her the beauty of herself.

Filip lives in a poor neighborhood, dreaming of writer’s glory and a luxurious lifestyle in a more-prosperous part of town. One day Filip gets a knock on the door. His neighbor Tereza, an older prostitute who Filip tries to avoid by all means, asks him to write a letter for her fiancé. Filip agrees. And it would all end up fine if, a week later, Tereza hadn’t shown up at his doorstep again, asking him to write an answer to the previous letter.

Framelines is an abstract scratch film made by laser etching abstract patterns on the film emulsion of negative and positive 35 mm film. The strips of film were then re-photographed on top of each other as photograms, then contact printed. The soundtrack filters and layers the noise made by the laser-etched optical track.

In a town where supernatural beings are part of everyday life, two roommates face a recurring problem: Their house spirit was devoured by an unknown creature overnight. They go on their way to find a replacement spirit and a solution to their pest problem.

Director David Nessl: “My dog had a dream and told me about it. I made a movie about that dream. This is that movie.” See a trailer here.

A wholly unique live-cinema experiment, conceived and illustrated by acclaimed filmmaker, musician and author Brent Green, the work features live music by Brendan Canty of Fugazi and includes several short film works, all narrated live with additional musical accompaniment. The work presented includes A Brief Spark Bookended by Darkness, Carlin, Paulina Hollers and Strange Fates, along with Green’s own commentary and unfurling rapport with the audience that defines the unique, localized experience of every engagement.

See schedules for Thursday and Friday.