Sylvia Milo in The Other Mozart 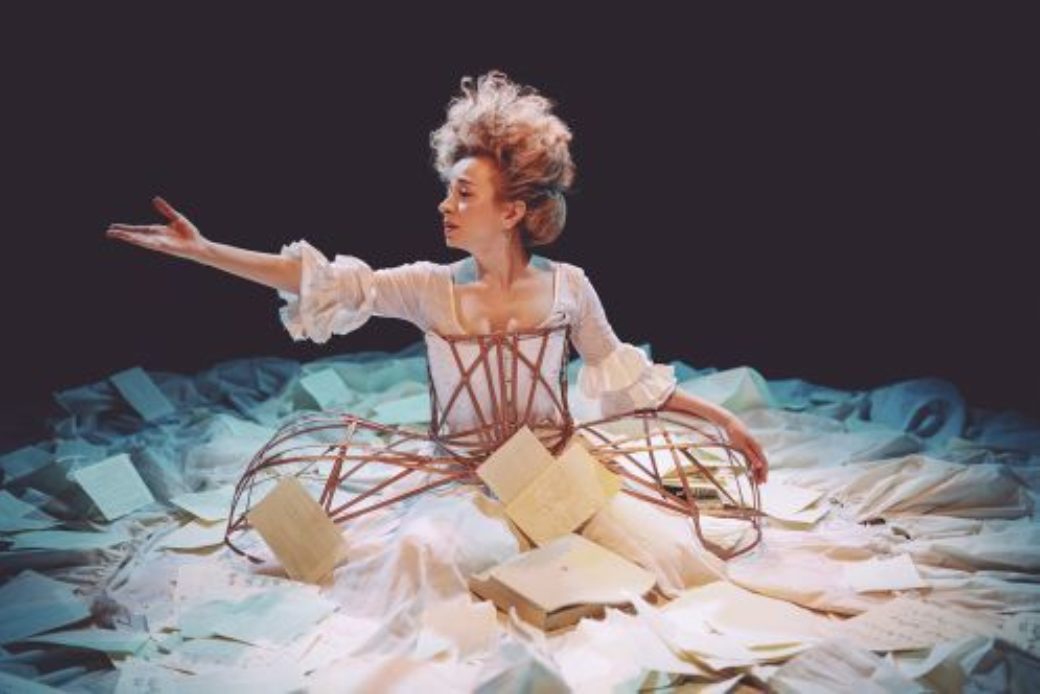 Little Matchstick Factory's The Other Mozart, starring Sylvia Milo, is the true, forgotten story of Nannerl Mozart, the sister of Amadeus — the prodigy, keyboard virtuoso and composer performed throughout Europe with her brother, to equal acclaim, but her work and her story faded away, lost to history. Created by Milo, the monodrama is set in a stunning 18-foot dress (designed by Magdalena Dabrowska from the National Theater of Poland). Directed by Isaac Byrne, The Other Mozart is based on facts, stories and lines pulled directly from the Mozart family's humorous and heartbreaking letters.