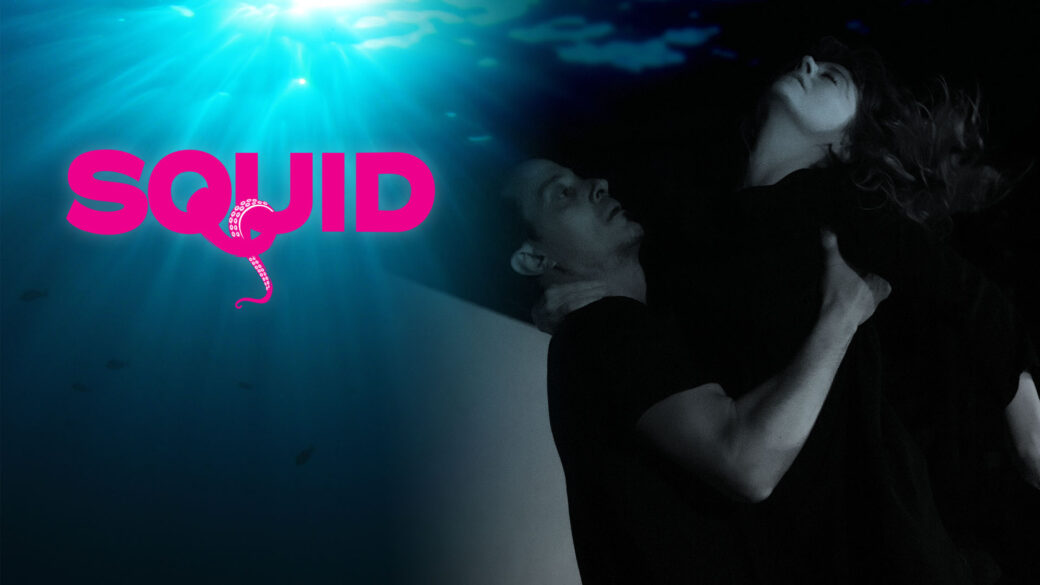 SQUID is a work of dance theater centering on the intimacy contained in the imaginary space of two people trapped at the bottom of the ocean. SQUID is the collaborative creation of longtime dance partners Leslie Kraus and Douglas Gillespie — their first after more than a decade of acclaimed duets with the Kate Weare Dance Company.

Humans and vampyroteuthes live far apart from one another. We would be crushed by the pressure of its abyss, and it would suffocate in the air that we breathe. When we hold its relatives captive in aquaria … they kill themselves: They devour their own arms. How we would conduct ourselves if dragged to its depths … remains to be seen.

Kraus and Gillespie’s long dance relationship completes and broadens the inspiration; relationships placed within a pressurized environment and amplified through microscopic observations are the seed material for SQUID. The love, the conflict, the trust and the betrayal between the two trapped beings blossom within the deep conditions. 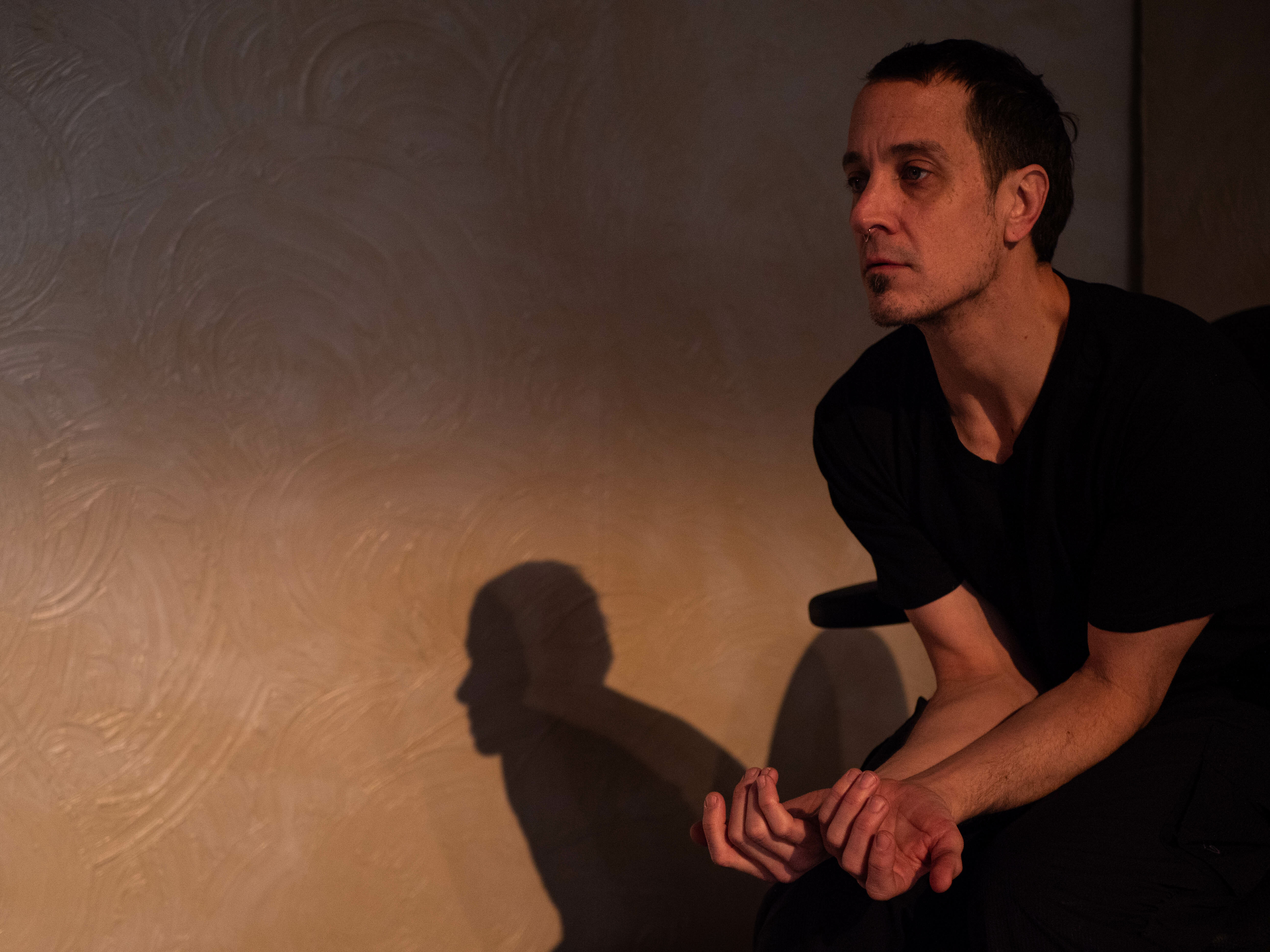 This work is supported in part by the Oklahoma Visual Arts Coalition, through their Grants for Artists program.