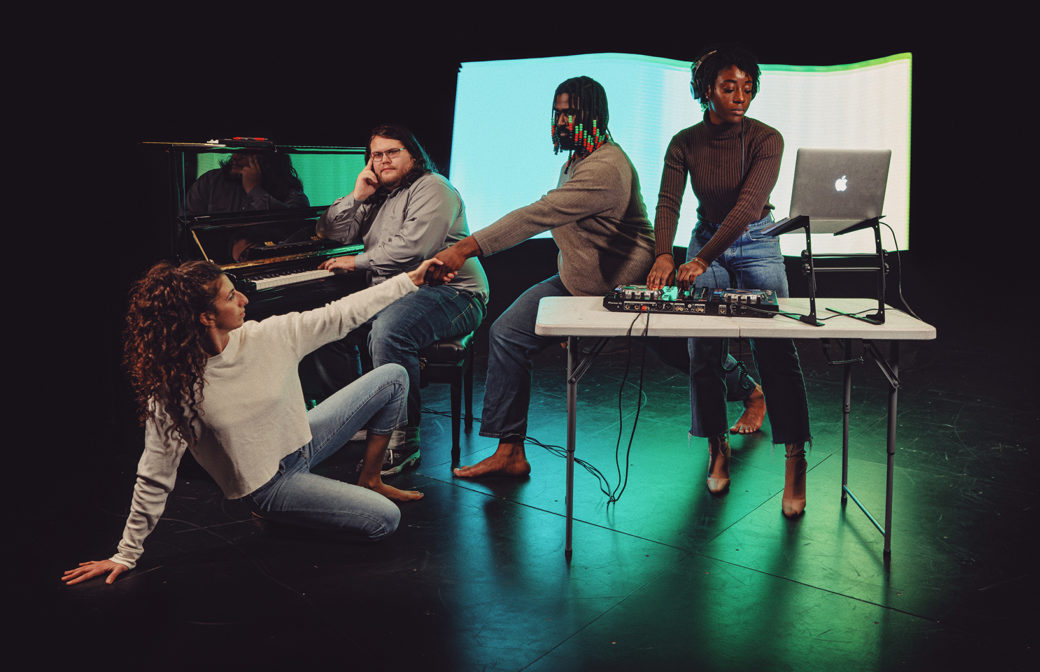 Before visiting, please check out our COVID Protocols. (All staff, visitors and students — vaccinated or unvaccinated — over the age of 2 should wear masks while inside our facilities.)

This Is the Remix pairs movement, music and spoken-word artists who will debut original and improvisational performances, inspired by exhibition-on-view Abstract Remix and one another. Audiences will see The Original work followed by The Remix and participate in selecting The Collaboration, where viewers create a new pairing by chance!

Attendees are invited to view Abstract Remix and other exhibitions on view prior to the performance. 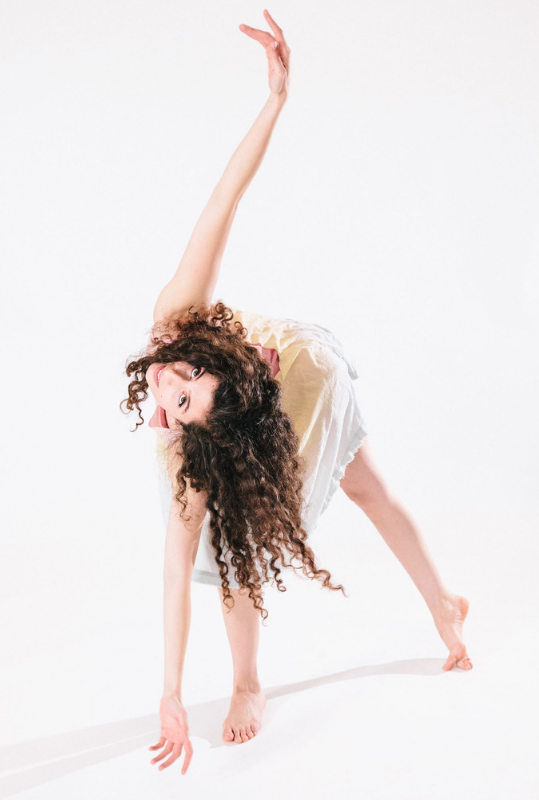 Natasha Abu-Fadel earned her BFA in dance performance from the University of Central Oklahoma in May 2018. She was a member of the Kaleidoscope Dance Company, where she trained in modern jazz, ballet and hip-hop, and worked with many influential guest artists, performing in cities nationwide and abroad. After graduating, she attended the American Dance Festival Summer Intensive — one of the most long-standing artistic communities in the world — in Durham, N.C. She also attended the first Embodiology Immersion in El Paso, Texas, in 2019, focusing on improvisation for performance under the guidance of Dr. Ama S. Wray. She taught jazz and hip-hop at CeCe Farha's Range of Motion Dance Studio in Oklahoma City and modern dance as an adjunct professor at UCO. She also trains and performs in ballroom dance at Dance Makers Studio. Natasha performed with Painted Sky Opera for Amahl and the Night Visitors and with Perpetual Motion for REWIND at Factory Obscura. Her works have been seen in collaborative productions for UCO's theater department (Trojan Women 2.0 and Everybody) and in Edmond North High School's musical productions (Bright Star and Mamma Mia). She continues to experiment, research, discover and evolve her craft with like-minded artists. 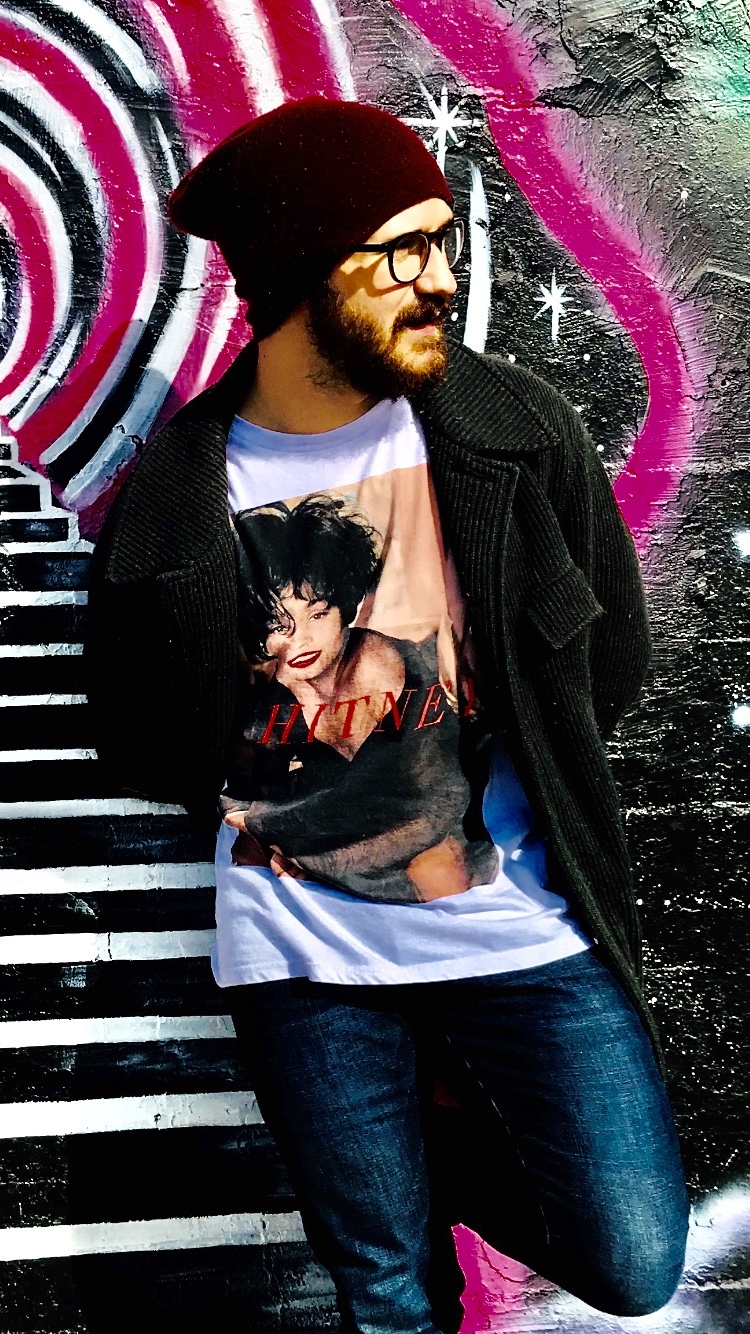 Ian Cummings is an actor/filmmaker, dancer and writer. Ian has been drawn to the arts since a young age and has always felt a hunger to entertain. He worked with Lyric Theatre of Oklahoma and Music Theatre Wichita in high school. He studied musical theatre and dance performance for two years at UCO, where he was lucky to collaborate in pieces alongside Nate Tylor and Natasha Abu-Fadel. Some of his most inspiring dance experiences have been with Mike Esperanza (a visionary choreographer/cinematographer from New York), Noa Shiloh (a brilliantly profound Israeli modern dancer) and Diavolo: Architecture in Motion (a Los Angeles-oriented group of dancers and stunt performers). Since leaving college, Ian has pursued a film career; his most recent work has been in American Underdog, Martin Scorsese's Killers of the Flower Moon and Reagan, in which he plays the drunken Irish officer Donny Holloway. Ian's first written and directed short film, Kill A Fellow, is currently in post-production. Ian hopes his art not only entertains but also inspires a closer look at the nuance and impact of what art does to its viewers. 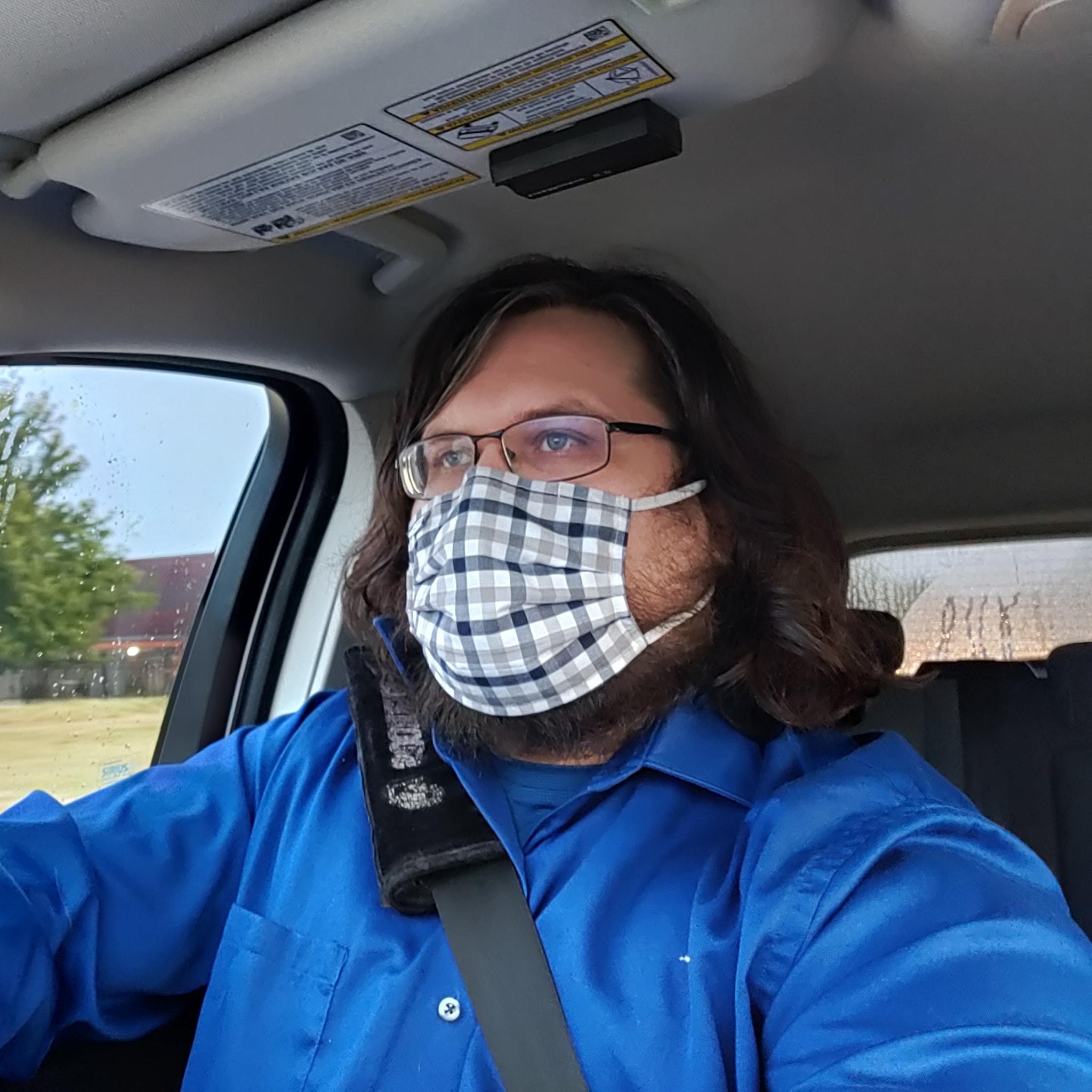 Zachary C. Daniels is a Mexican-American composer of acoustic and electronic music. He received a BA in music, with an emphasis in composition and double bass performance, from Drury University in 2014. His music explores a variety of areas, including minimalism, improvisation and experimental music. His music, mostly published by Divisi Labs, is licensed under ASCAP. Zach received his master's degree in music composition from the University of Oklahoma in May 016, and his DMA in composition from OU in May 2019. Zach is also the owner and lead developer for Divisi Labs, a music publishing and web development company. 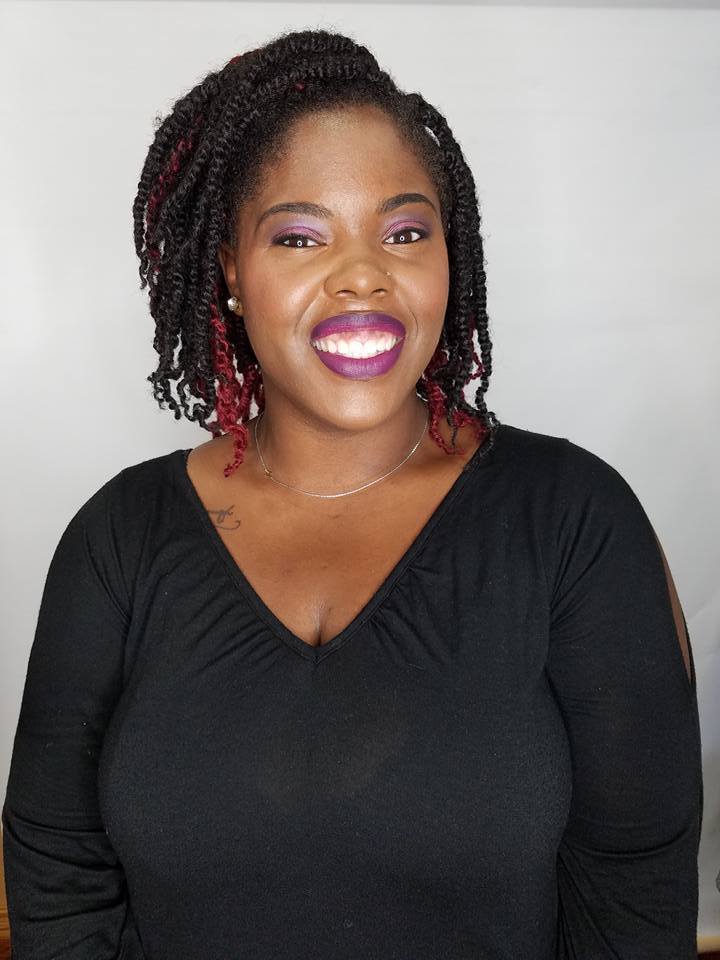 Najah-Amatullah Hylton has been writing since she was a young girl, but her day job is teaching English in Oklahoma City. She has written for several publications, including creative reviews for a restaurant and entertainment venue, Urban Roots (by the owners of Kindred Spirits). Najah started competing in poetry slams in 2010 and 2011. In 2012, she helmed her first solo show and shared a stage with hip-hop artist and activist Jabee at the Norman Music Festival. Her self-published The Risk to Bloom went on sale in March 2014. In 2015, she wrote the poem Black Future for Jabee, and they turned the poem into an album: In the Black Future There’s a Place So Dangerously Absurd(August 2016). B-sides from that album, Juneteenth, were released on that day in 2016. In February 2021, Najah co-authored a children’s book about Black Wall Street, Opal’s Greenwood Oasis, with Quraysh Ali Lansana. She is currently working on a Master of Arts degree in literature, some social media- and poetry-enhanced secondary curriculum and a second book of poems. 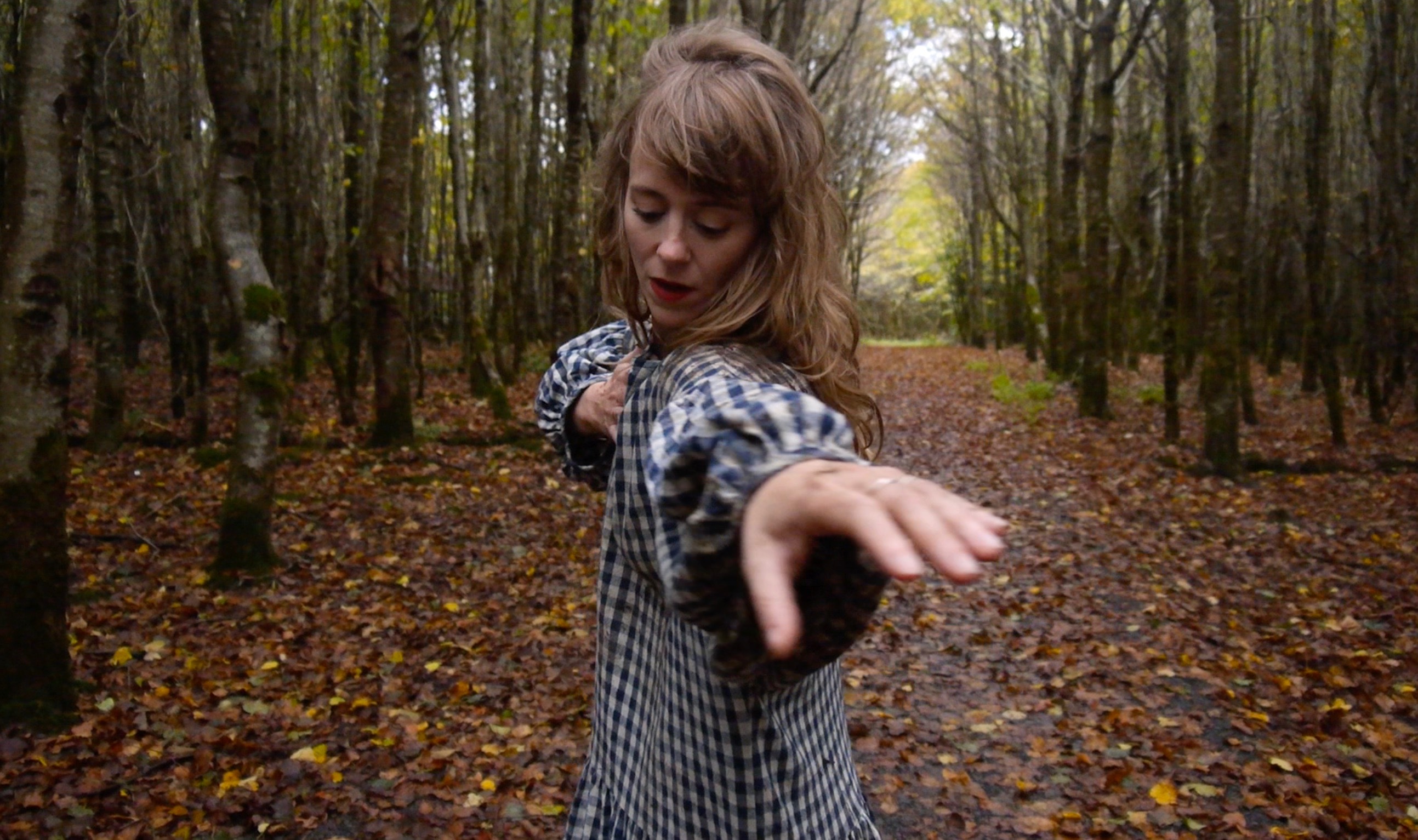 Leslie Kraus is a performer, choreographer and educator based between NYC, Seattle and Norman. From 2004-13, Leslie was a principle dancer and soloist for the Kate Weare Company. She danced in more than 10 of Kate’s creations and held the position of assistant director, touring, restaging and teaching company repertoire across the country. In 2012, she joined the immersive theatre company Punchdrunk in their hit show Sleep No More, where she played the role of Lady Macbeth. In 2014, she traveled with Punchdrunk to London to join The Drowned Man, where she played the lead role of Woycek. Leslie holds an MFA in dance from the University of Washington and a BFA in dance and choreography from Virginia Commonwealth University. She is also a 500-hour trained yoga teacher. 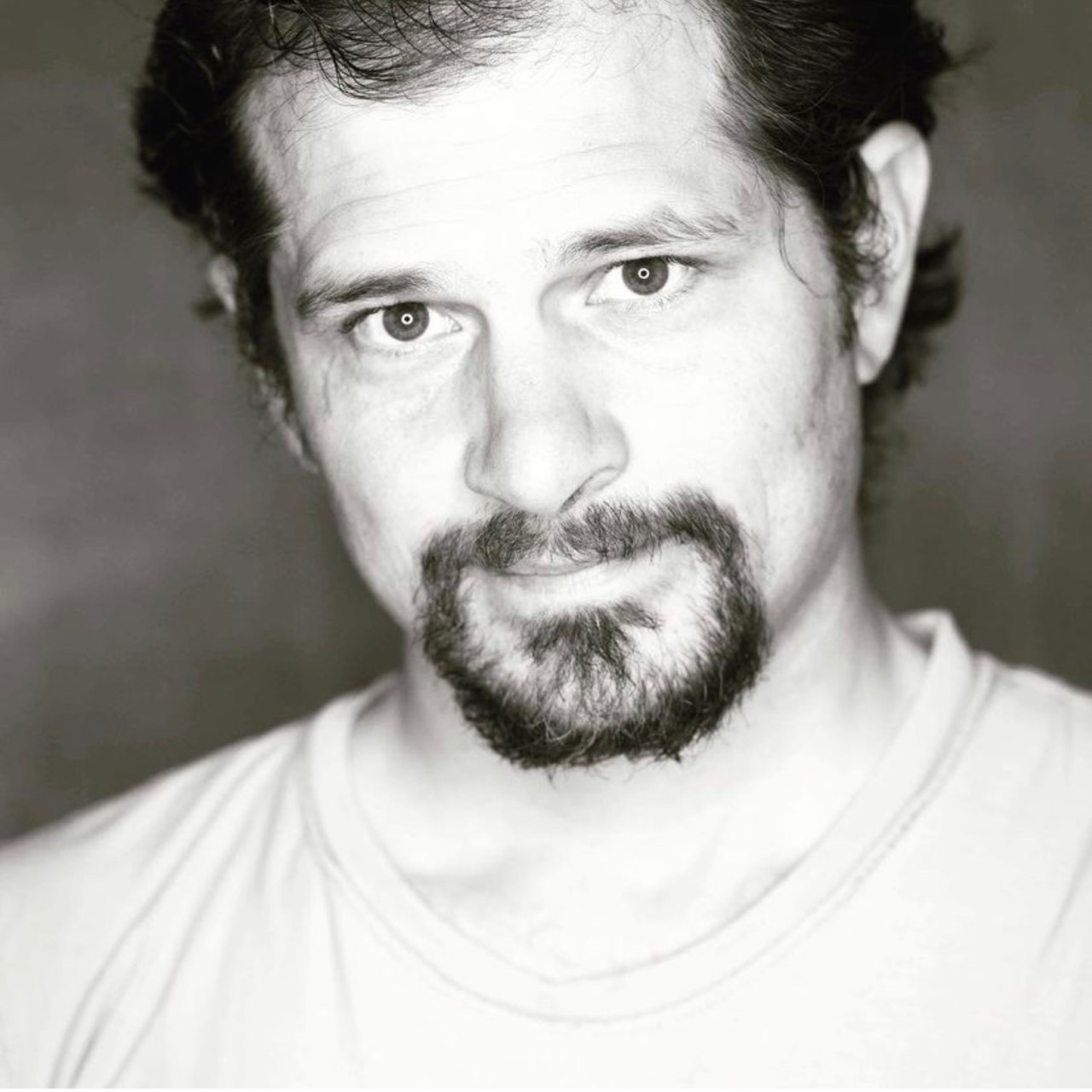 Brandin Steffensen makes dances that engage the artists' choreographed and spontaneous bodies. Currently on faculty at the University of Oklahoma School of Dance, he layers practices to create performance ensembles. His Pentamodes are dances based on archetypical modes of relationship, and have been presented at New York City venues The New Museum, Dance Theater Workshop, La MaMa and The Tank, among others. His work with Deborah Hay, Liz Gerring, and Keely Garfield and his research with the late Nancy Stark Smith’s Underscore have influenced his approach. His process is also informed by his years in Punchdrunk’s immersive physical theater production Sleep No More. He is further inspired by readings of Gertrude Stein and books about n-dimensional space. He follows questions about the properties of the physical universe that allow us to understand subatomic reality. 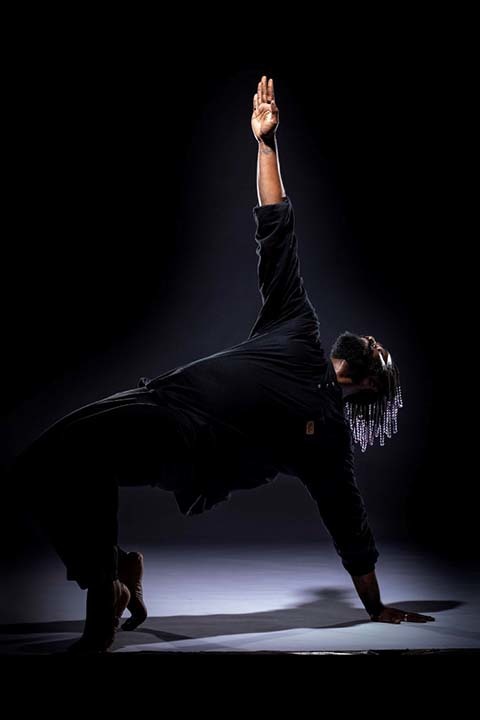 Nathaniel Tylor is a graduate dance performance major at the University of Central Oklahoma. He is trained in classical ballet, jazz, and modern dance. He has also been trained in African dance, Bharatanatyam and aerial dance. Mr. Tylor has had the esteemed opportunity to present his choreographic work at two collegiate conferences. He is also one of the few students selected for two consecutive years to present their choreographic research at the National Conference of Undergraduate Research. He teaches across the Oklahoma City and Edmond areas in hip-hop, modern, contemporary, jazz, and ballet. “As an artist, I think it is important to represent the community that you come from. To be another face and voice amongst the people. Art in Oklahoma is making moves one step at a time, and I want to be a part of the innovation.” 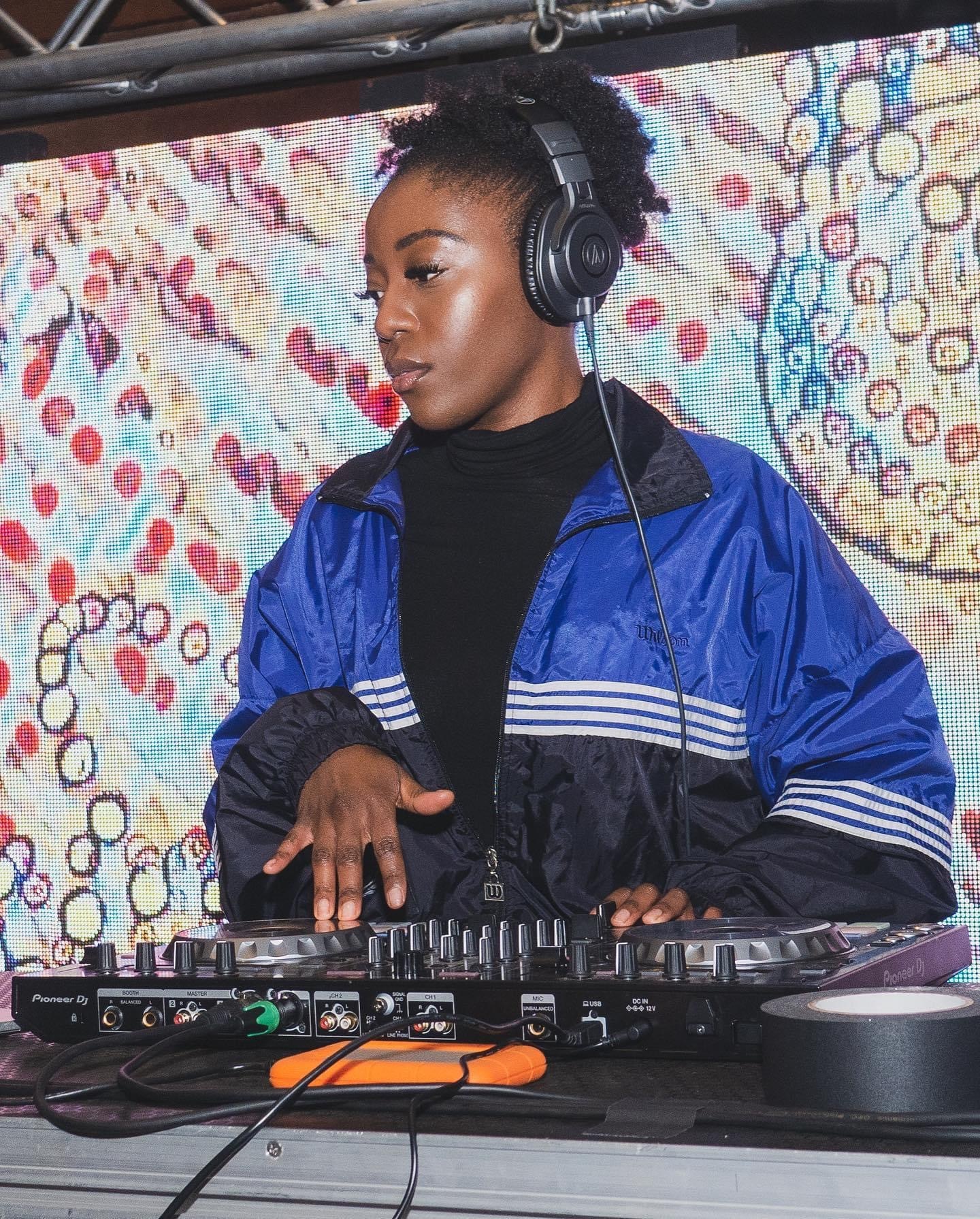 KORA WAVES is an Oklahoma-based DJ who started her journey four years ago. She began as a bedroom DJ, curating mixes while falling In love with blending rhythmic soul tunes, modern day flips, groovy house records and Afrobeats. After publishing a few mixes on SoundCloud, she was able to make her way to notable venues and spaces where she could introduce her take on music. KORA WAVES is currently in the process of learning the ins and outs of music production and hopes to release her own records in the near future.