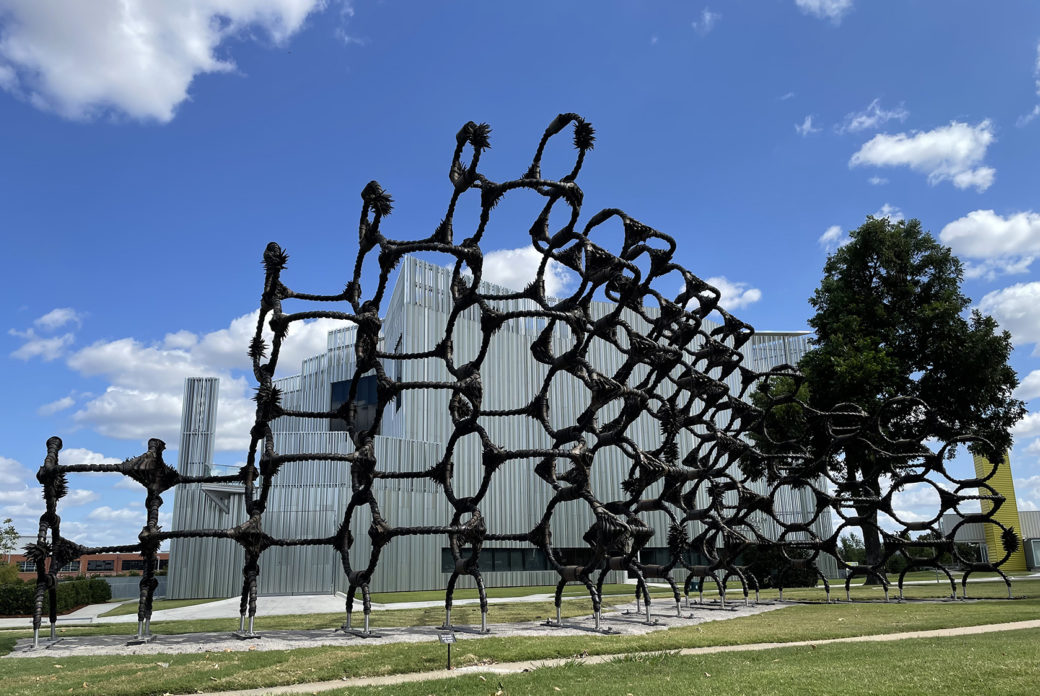 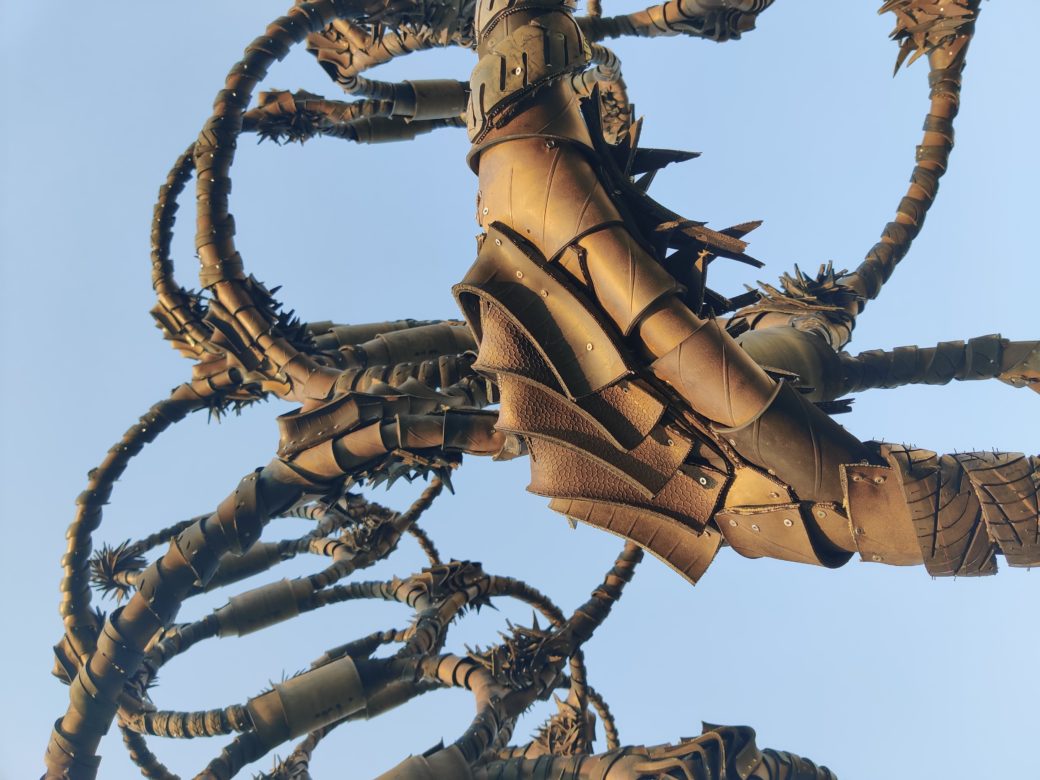 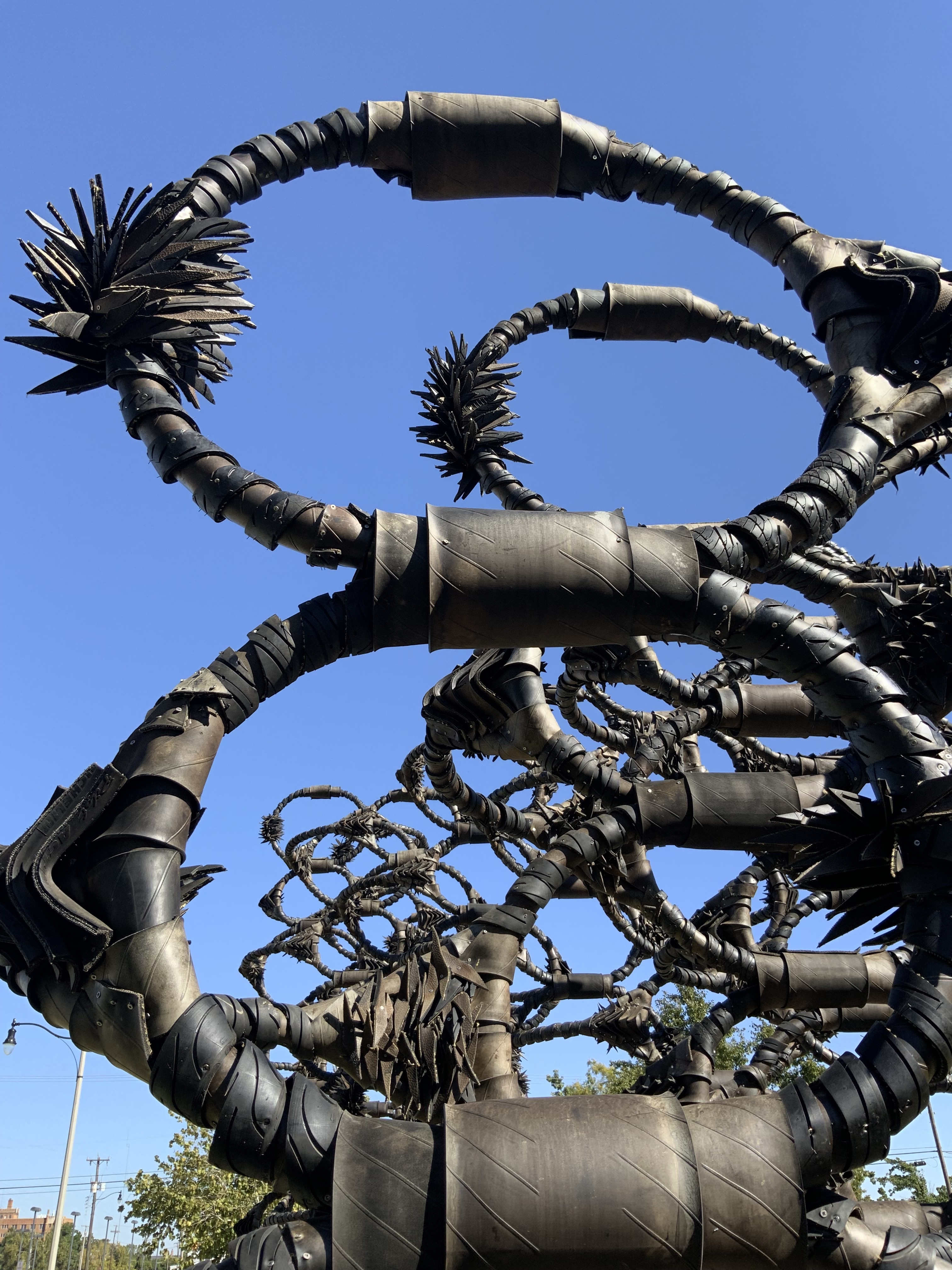 Commissioned specifically for Campbell Art Park, Shaved Portions is among the most recent additions to Booker’s body of work marked by her distinct ability to radically transform her signature material — salvaged rubber tires — into an incredible array of biomorphic sculptures. To the artist, “It is about beauty, rhythm, and a common humanity. It is about how we create to connect with one another.”

The National Museum of Women in the Arts profiles her career-long practice, since the early 1990,s as one that fuses “ecological concerns with explorations of racial and economic differences, globalization, and gender by recycling discarded tires into complex assemblages. Booker slices, twists, weaves, and rivets this medium into radically new forms and textures, which easily withstand outdoor environments. For her, the varied tones of the rubber parallels human diversity, while the tire treads suggest images as varied as African scarification and textile designs. 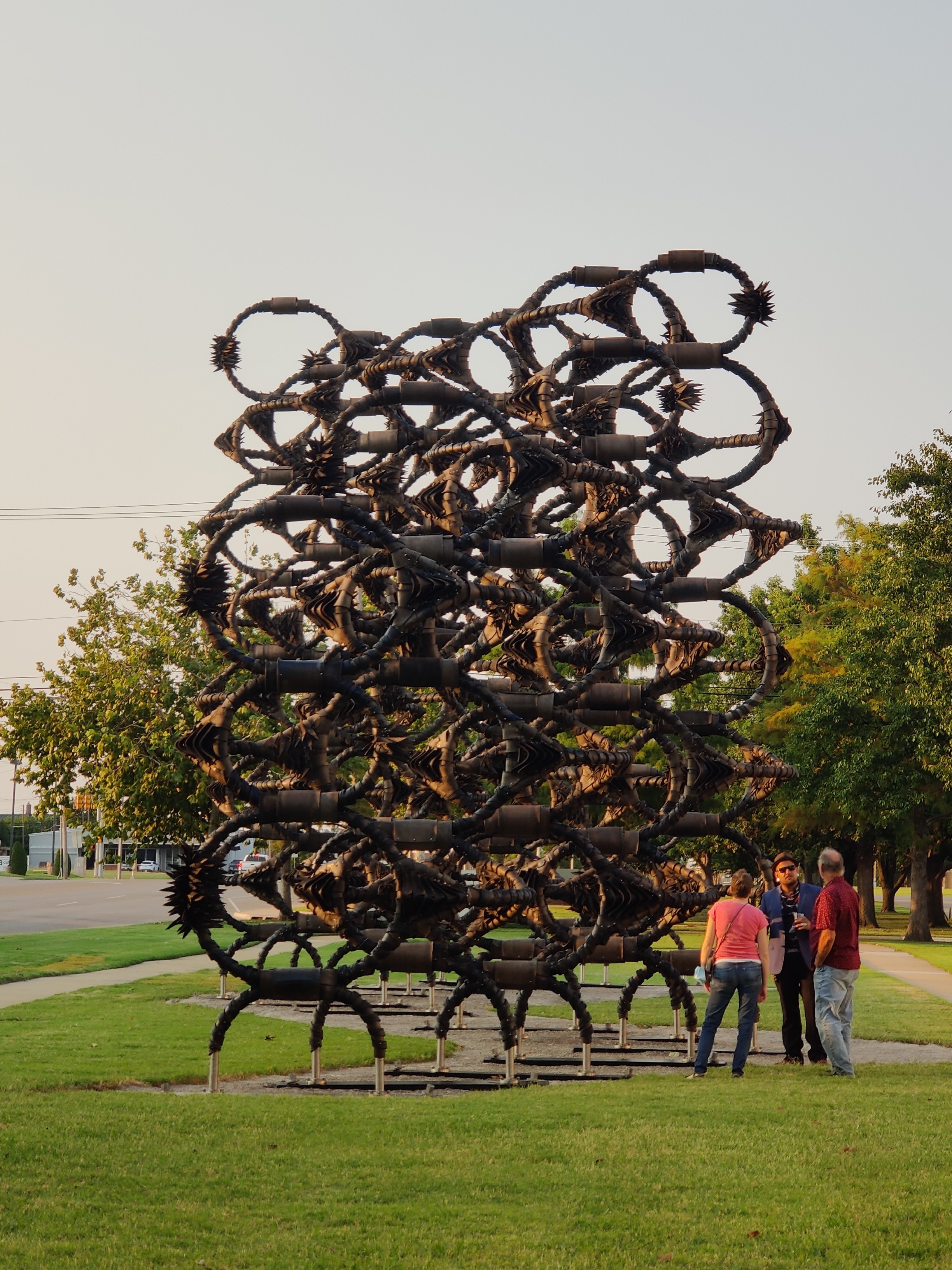 Repurposed from cast-off industrial scraps that would otherwise have remained symbols of urban blight or measures of wanton waste, Shaved Portions is a monumental work standing sentinel atop Automobile Alley, which was originally lined with car dealerships.

About the artist
Chakaia Booker (b. 1953) received a BA in sociology from Rutgers University and an MFA from the City College of New York. Her public art commissions include Millennium Park in Chicago; Garment District Alliance Broadway Plazas in New York; National Museum of African American History and Culture in Washington, D.C.; and Institute of Contemporary Art in Miami. Her work is in more than 40 public collections and she has exhibited across the U.S., in Europe, Africa and Asia. She is the recipient of grants, fellowships and awards from numerous organizations, such as the American Academy of Arts and Letters, John Simon Guggenheim Memorial Foundation, Joan Mitchell Foundation, and Pollock-Krasner Foundation. She lives in New York City and works in New York and Allentown, Penn.