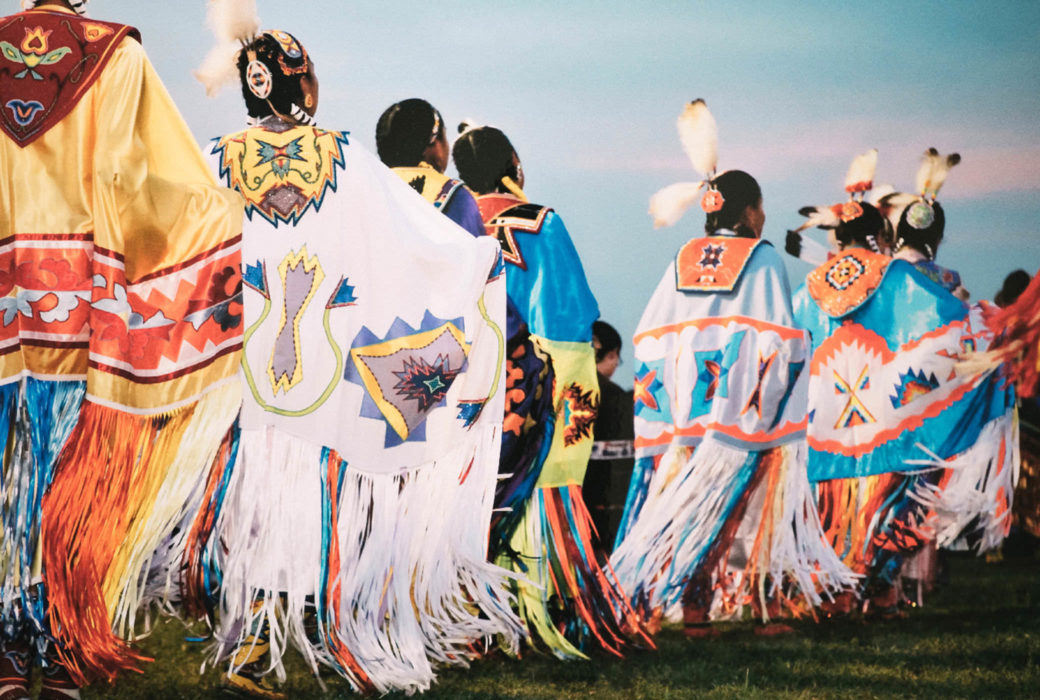 Photographs in the Learning Gallery. 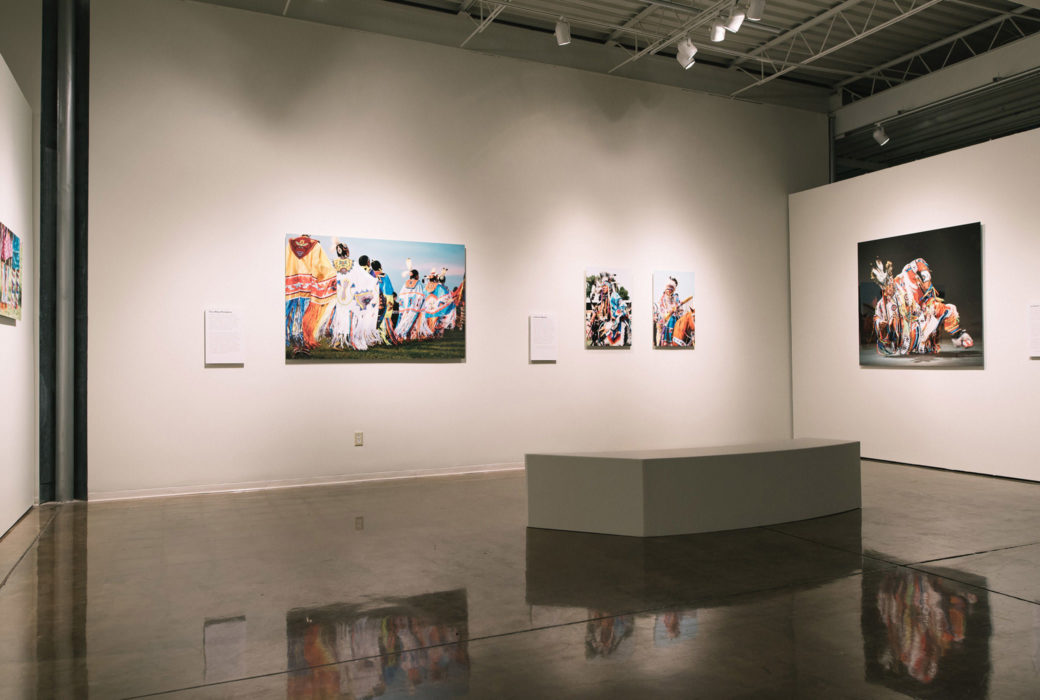 Harragarra's images accompanied Jeffrey Gibson's Speak to Me and were on display in the Learning Gallery. The beautiful, large-scale photographs taken at powwows and other cultural gatherings illustrated how Jeffrey Gibson sources materials (like beads, jingles, fringe and coins) from cultural realms and combines them with influences from his own life.

Lester Harragarra's work was on display at Red Earth through March 2017.