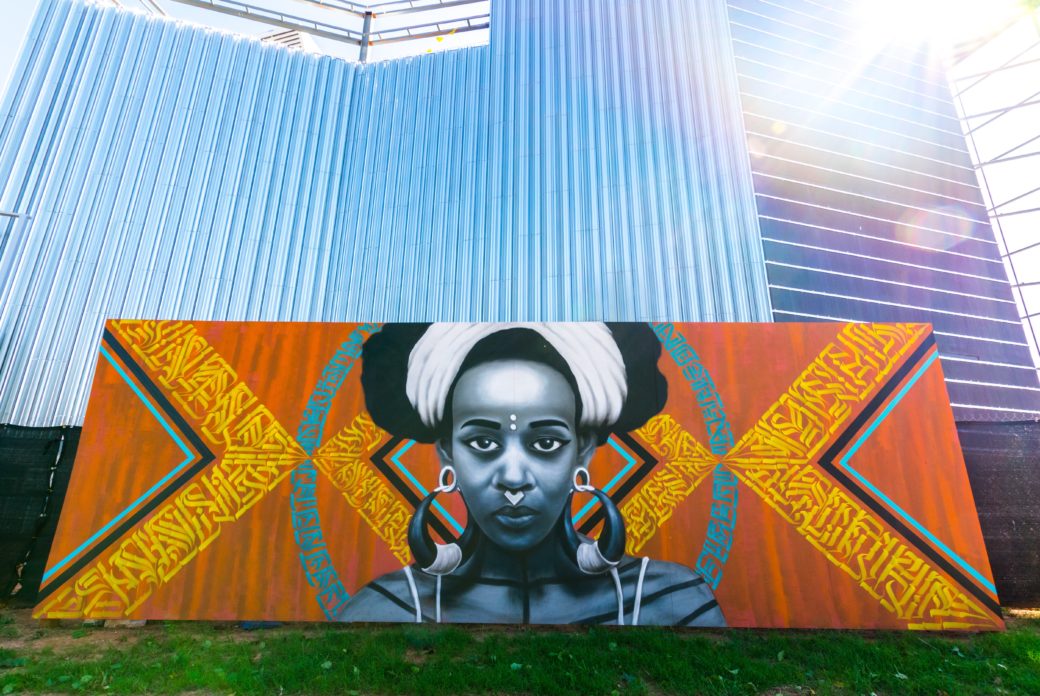 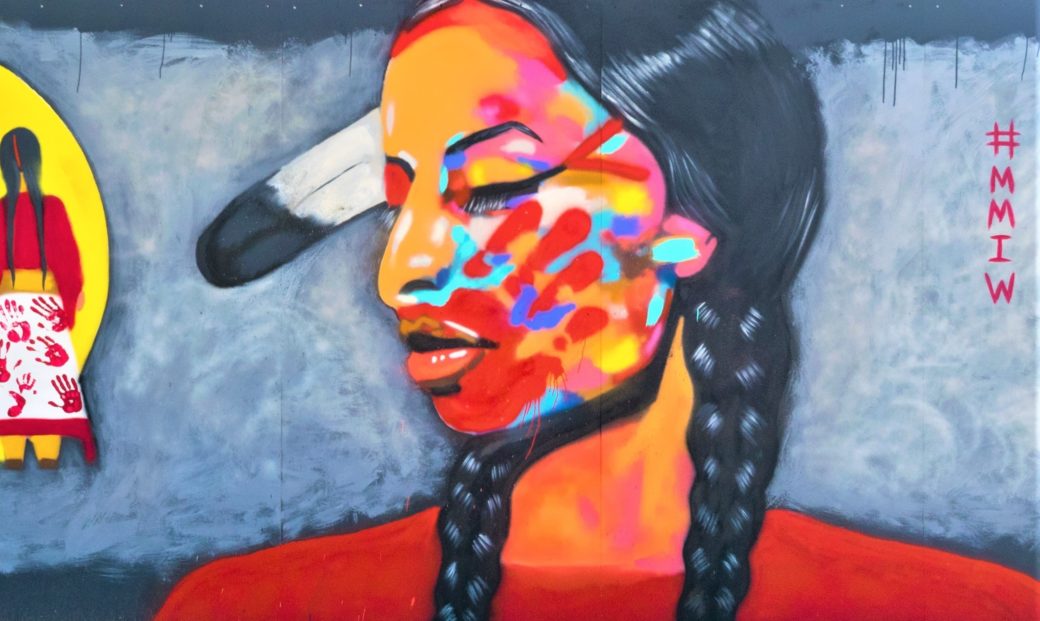 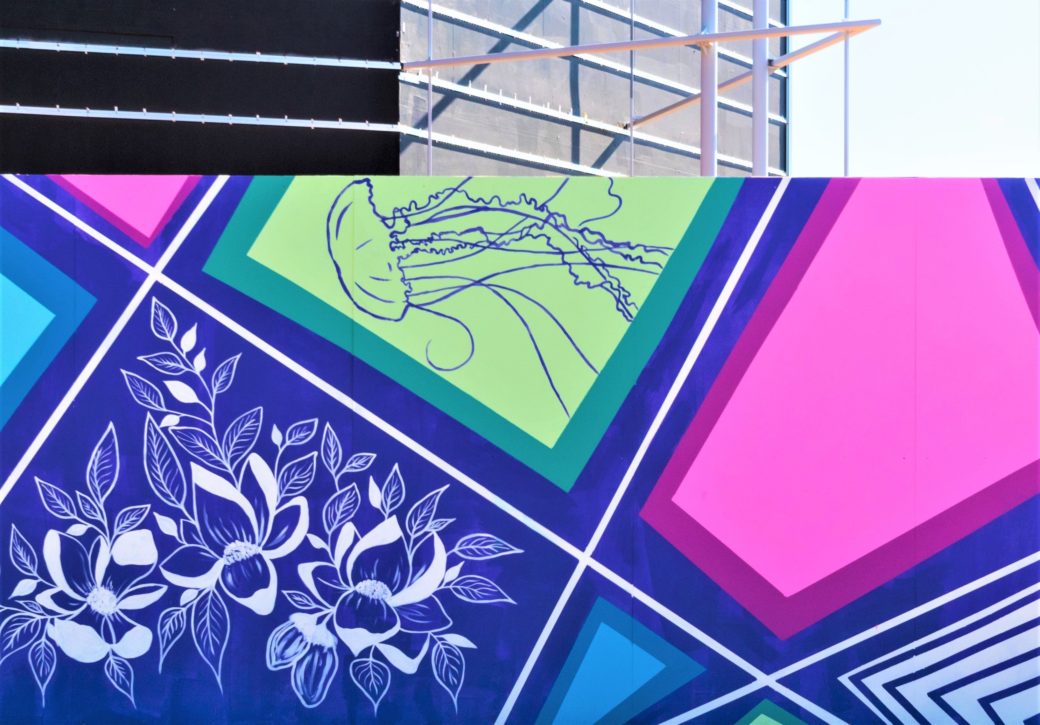 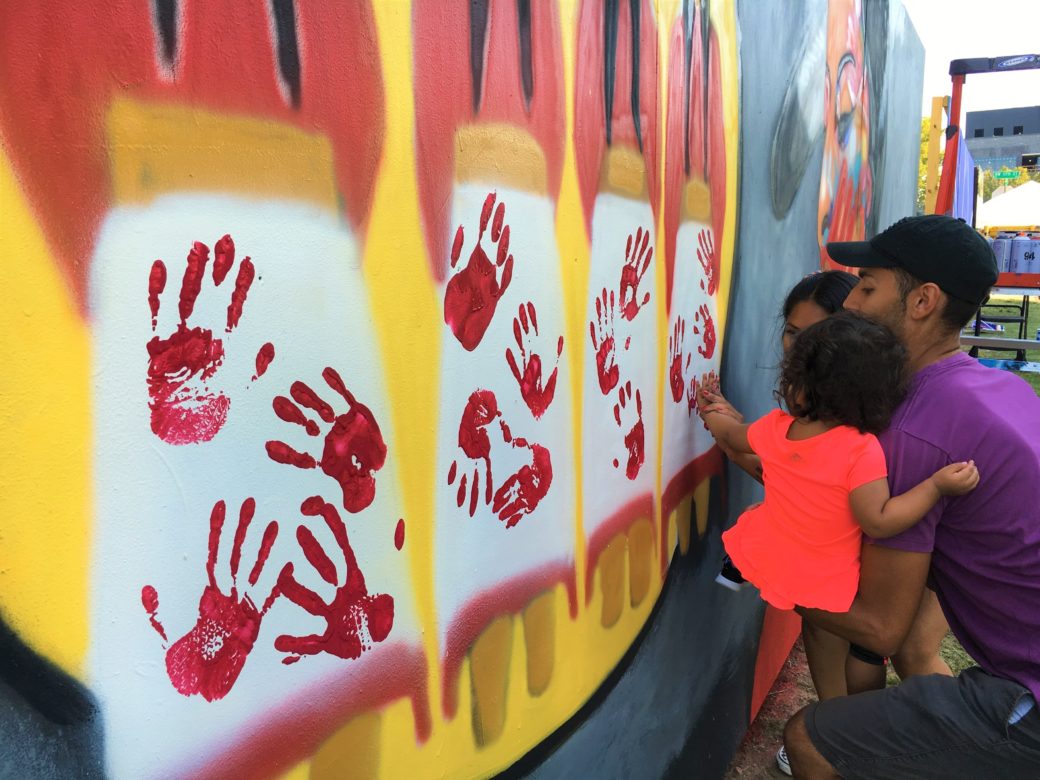 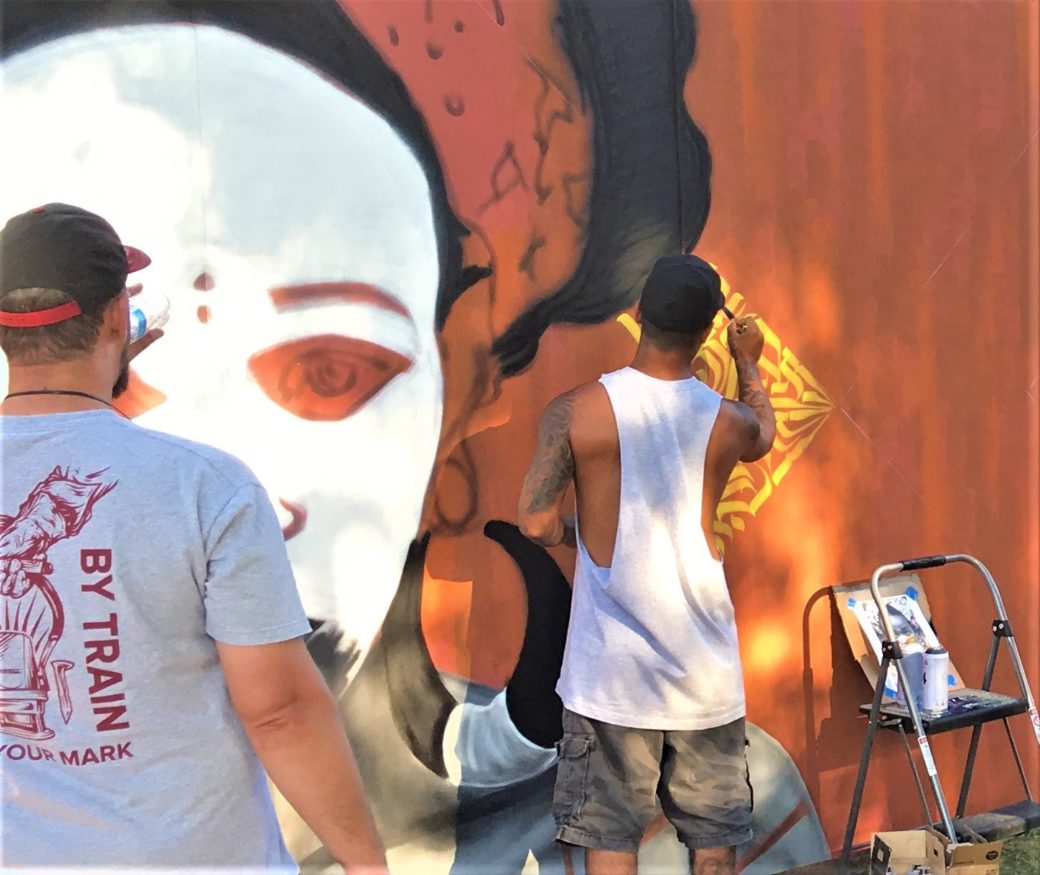 Summer 2019 through January 2020, Oklahoma Contemporary exhibited a series of murals along the construction fence at our new building site.

This project reflected a new version of Guerrilla Art Park, an annual exhibition of outdoor public art by Oklahoma artists, held in the summers of 2016, 2017 and 2018. The mural series shared Guerrilla Art Park's goals: to showcase local talent, give artists an opportunity to grow and develop their skills and offer free public art to enrich downtown Oklahoma City.

The mural series consisted of two rotations of three murals installed in June and September 2019. Each round featured one work from an emerging artist and two from established Oklahoma artists collaborating with an up-and-coming artist. Preference was given to those from backgrounds/communities not widely represented in Oklahoma City public art. These murals served as a mentorship project to introduce new artists to public mural creation.