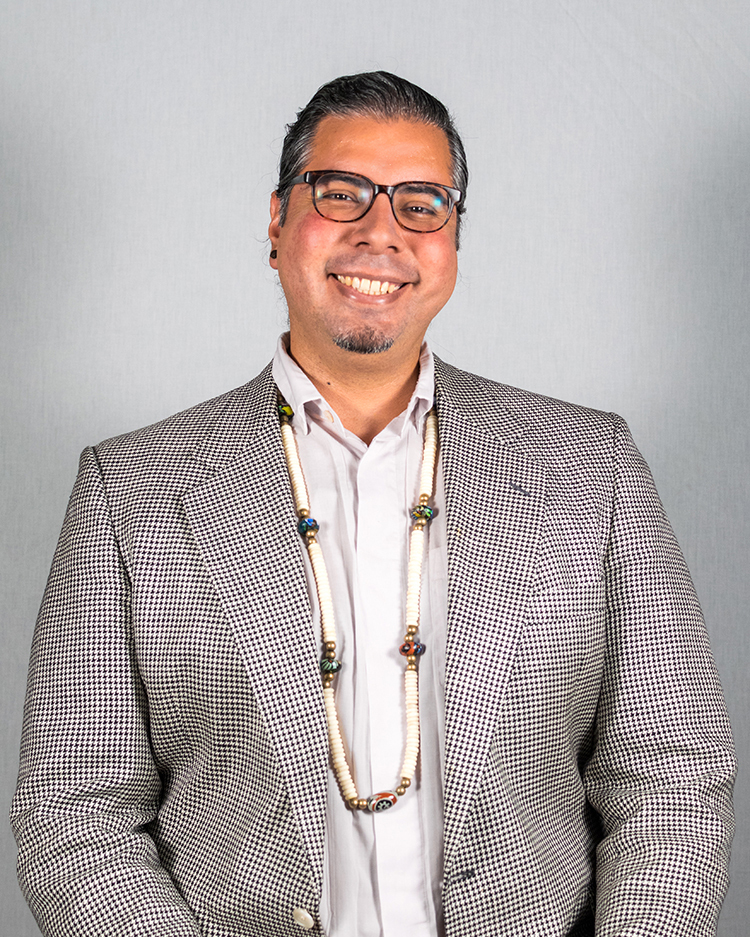 Pablo Barrera was Oklahoma Contemporary’s inaugural Curatorial Fellow and has recently named Associate Curator. He collaborates with local art communities to produce exhibitions and explore innovative strategies to support formal/informal learning of art. He is committed to raising public awareness of Indigenous culture and generating gallery experiences that invite audiences of all backgrounds to engage with art. Pablo has independently curated shows in London, Seoul and New York.

His achievements include being among the first group of curators at NXTHVN Art Space (Connecticut) and serving an independent researcher at Yale Peabody Museum of Natural History and as graduate advisor for Yale University Art Gallery’s first student-led Native American Art exhibition. Pablo has written on the artistic representation of cultures that experienced colonization, including a co-authored chapter on traditional Korean architecture (Springer International) and a paper on Native American art production as part of the Columbian Exchange between Colonial Spain and East Asia (National Museum of the American Indian, Smithsonian Institute).

Pablo holds master’s degrees from Yale University (History of Art) and Harvard University (Regional Studies: East Asia) and a Bachelor of Arts from the University of Pennsylvania. He is a Paul & Daisy Soros Fellow (2012) and a Fulbright Scholar (South Korea, 2011).

Pablo was born in Chicago to immigrant parents; his father is a member of the Wixáritari community in Mexico, where Pablo spent his formative years. Pablo is a first-generation high school, college and grad-school graduate and works to amplify the invaluable role Native artistic perspectives contribute toward globalizing the arts.