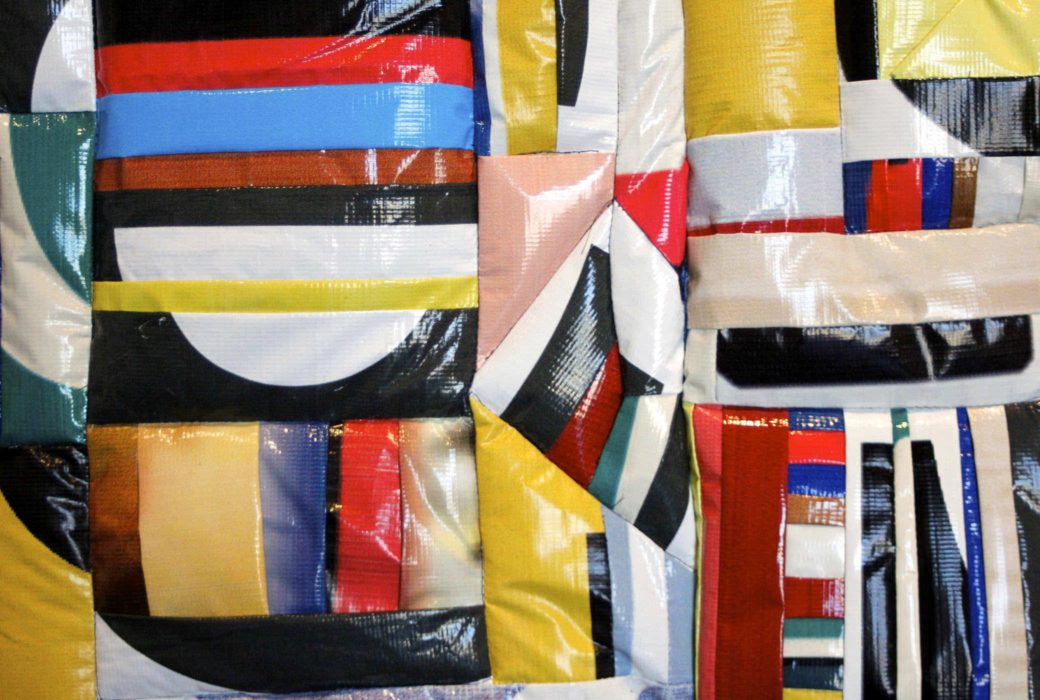 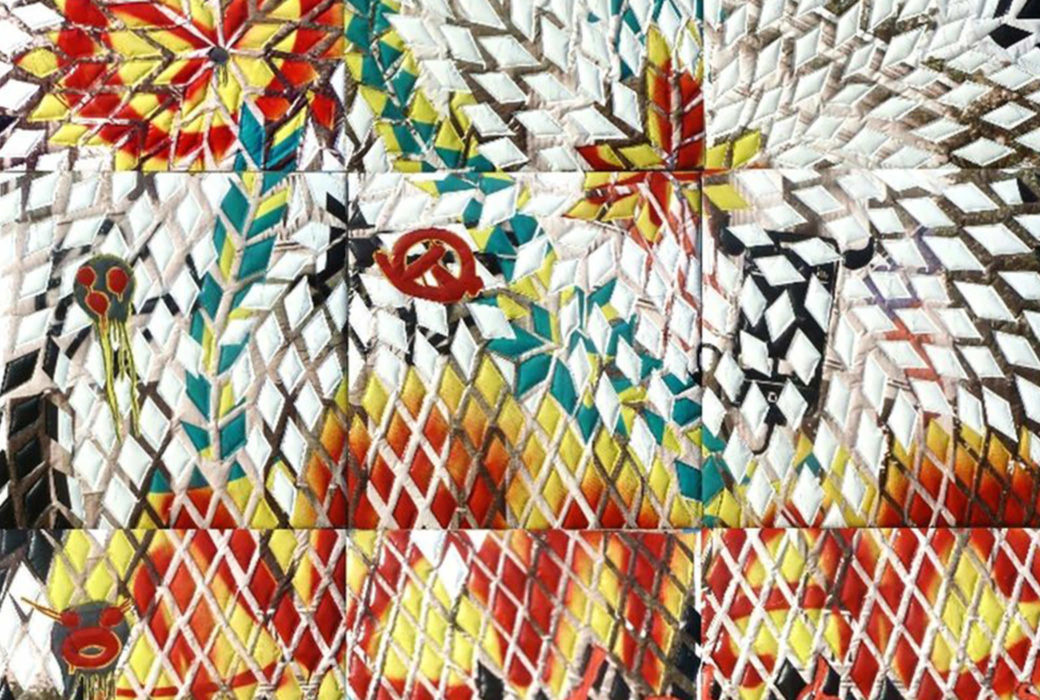 Willaford's media of choice, recycled billboard vinyl is perhaps the ultimate material expression -- a genuine artifact located at the intersection of industry and leisure, art and commerce, glamour and the mundane. His mixing of found-object appropriation, commercial design and social critique places his work firmly along a trajectory of a fundamentally American artistic sensibility.

VINYL EXPOSED was a continuum of the petroleum-based medium that has allowed Willaford to evolve within the series. The work started with "Re-claimed Icons" (an interpretation of billboards) and moved to "Info Nation Overload" (a reaction to technology, its overuse and the possible demise of vinyl billboards). The most recent evolution is VINYL EXPOSED.

Willaford’s VINYL EXPOSED resembles that of mid-20th century master abstract painters; however, he uses thread and petroleum-based vinyl as a substitute for a paint brush and oil.

"We cannot escape our humanism. No matter how original we think we are being, there is a residue that is played forward throughout history regardless of the medium or time period … there are similarities.” - Jason Willaford. 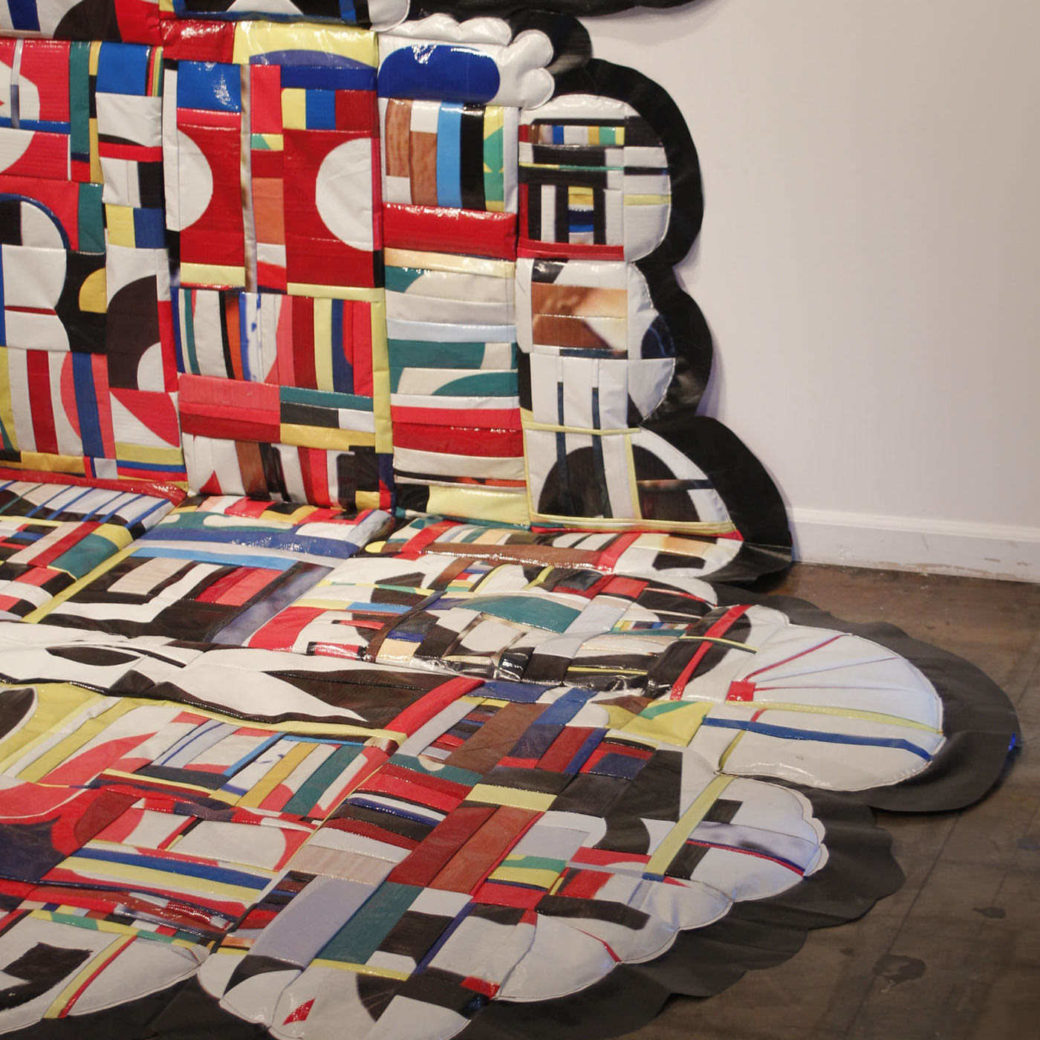 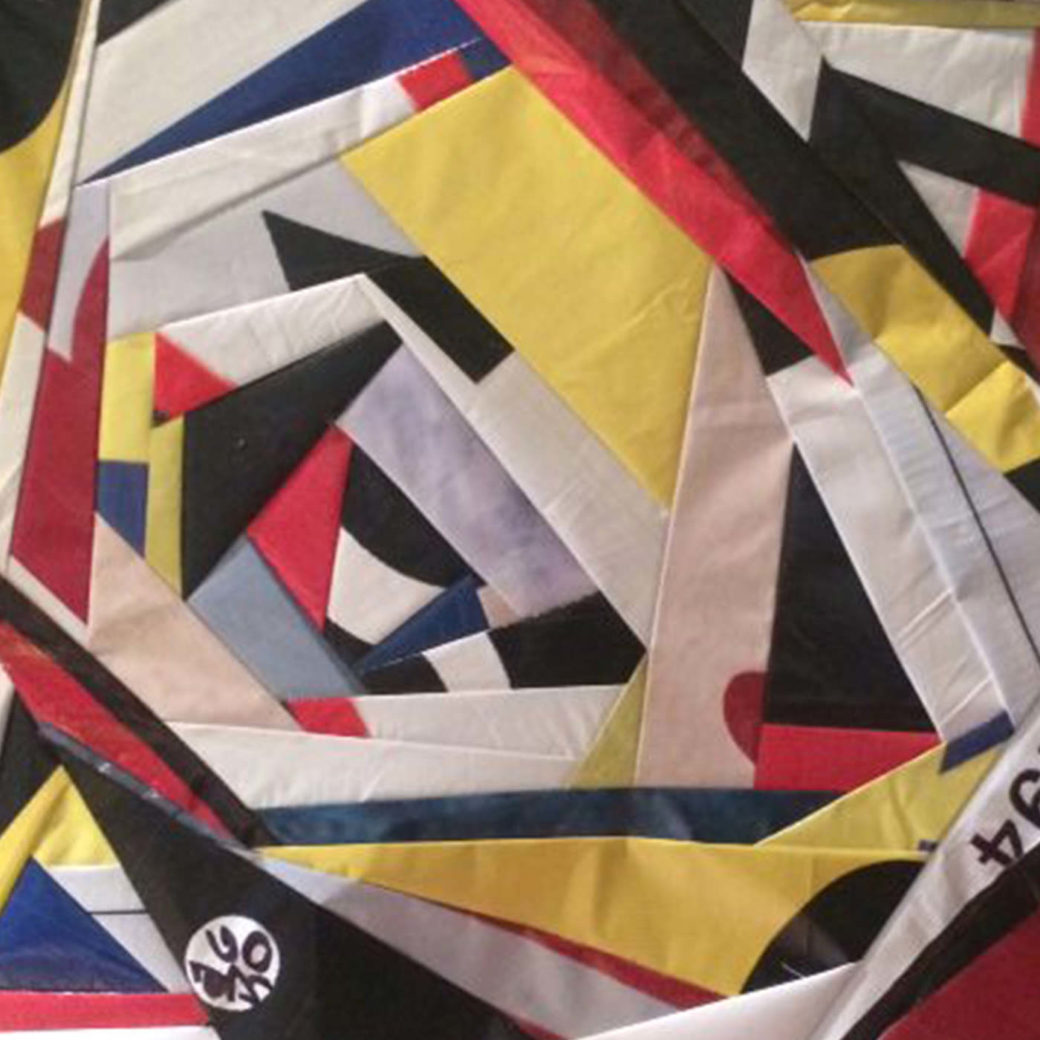 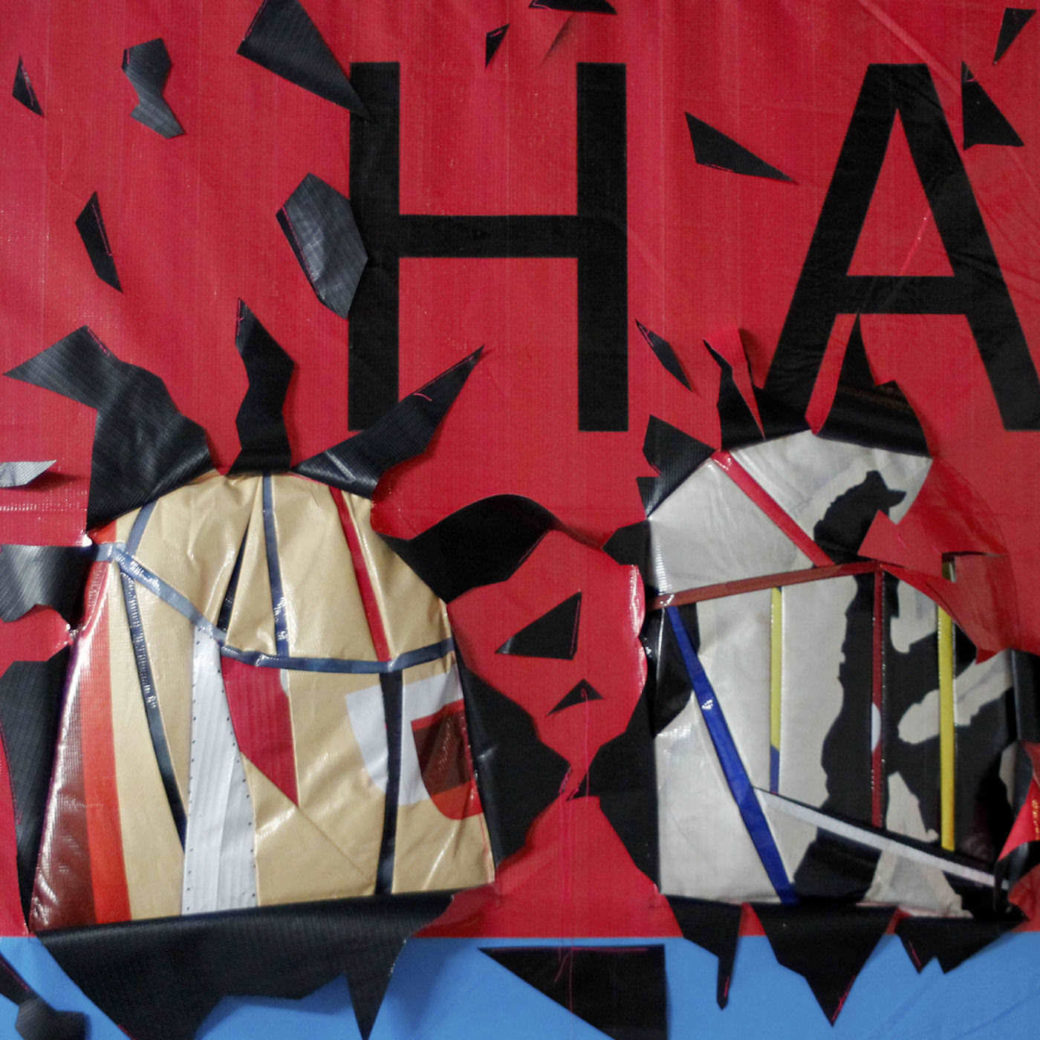