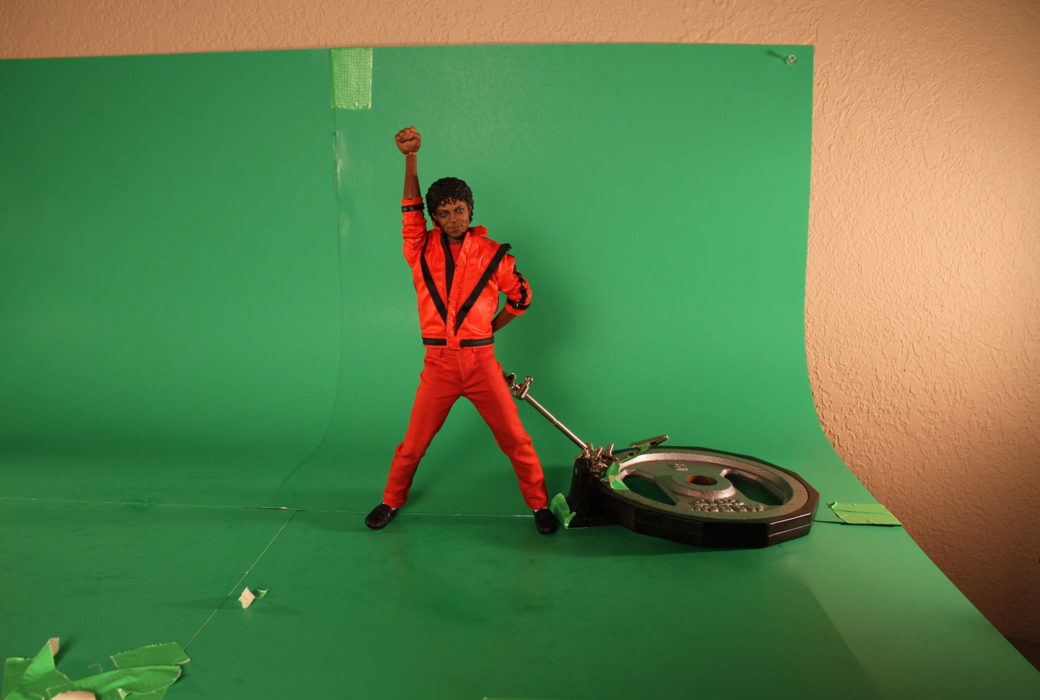 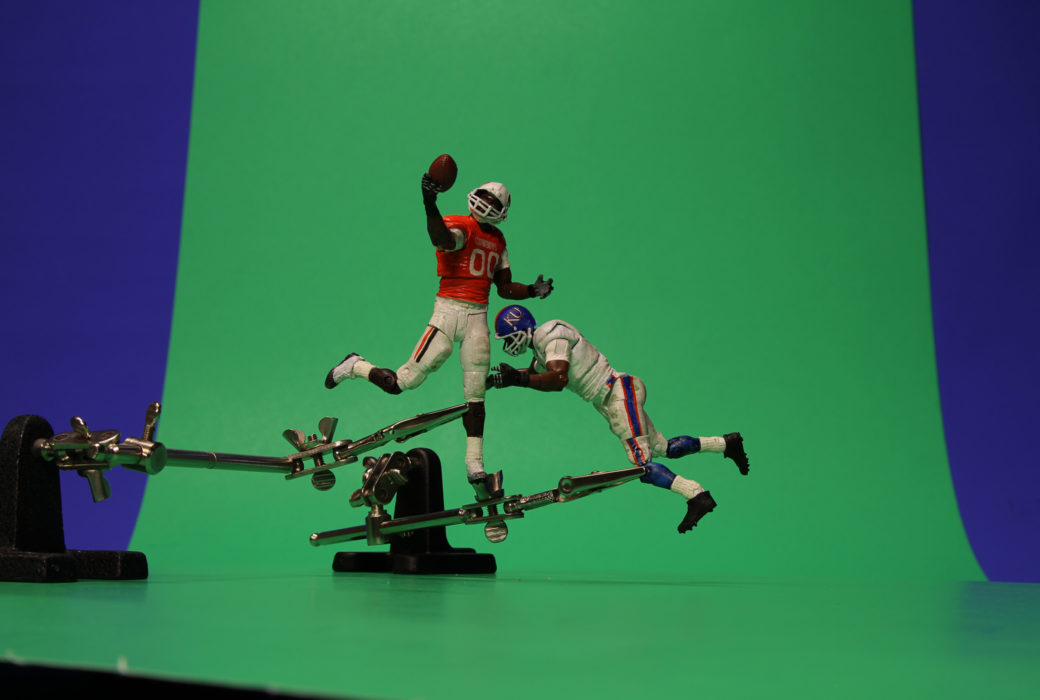 Director Kyle Roberts in his studio. 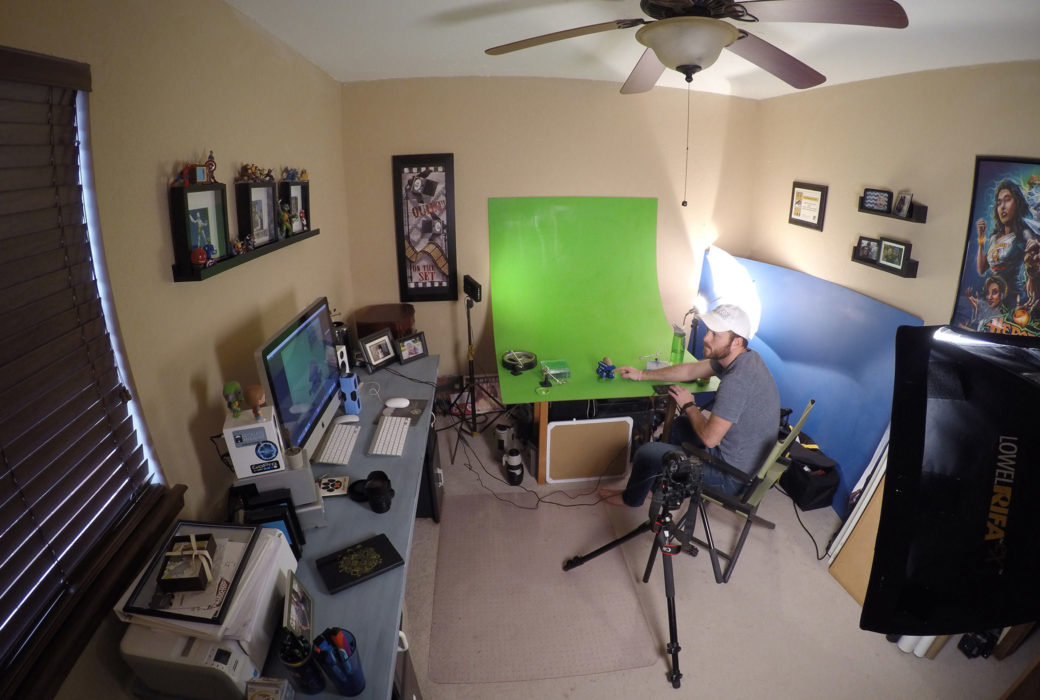 
You're never too old to play with action figures -- just ask Kyle Roberts and Nathan Poppe, two video nerds who won't stop until their moms ground them. The former co-workers first bonded over a nerdy appreciation for all things pop culture and nostalgia while working at The Oklahoman.

Roberts had been creating stop-motion projects for years when, in 2012, he invited Poppe to contribute artwork to a Teenage Mutant Ninja Turtles short. More than 4,000 individual photos and 60 hand-drawn backgrounds later, the short went viral and the duo haven't stopped collaborating since.

The family-friendly filmmakers' stop-motion experiments continued with nods to X-Men, Batman and Netflix's DinoTrux. They've also recently worked on projects with DreamWorks and Mattel. What's next? Who knows, but they'll get there like they always do — one frame at a time.

Frame by Frame exhibited a series of their stop-motion shorts at the Showroom, located on NW 11th and Broadway. Guests were encouraged to create their own stop-motion video at the animation station workshop in the Showroom and share their video using the hashtag #myframebyframe for a chance to win a membership to Oklahoma Contemporary. The winner was chosen Sept. 29, 2017.

Kyle Roberts is an Emmy Award-winning director with more than 10 years of experience specializing in film projects, including stop-motion animation and music videos. He serves as the owner of Reckless Abandonment Pictures LLC, an independent motion-picture company based in Oklahoma City. Through these creative efforts, media outlets all over the world have written about RA-Pictures, including mentions in the Los Angeles Times, USA Today, VH1, Gizmodo, WIRED Magazine and Mashable. Learn more at ra-pictures.com

Nathan Poppe is a writer, photographer, videographer and documenter of all things Oklahoma.

He works as the entertainment editor at The Oklahoman and is available for freelance opportunities in the music and film world. Nathan was hired to document the main stage at Willie Nelson’s Luck Reunion during the annual SXSW event in Austin, Texas. Learn more at nathanpoppe.com.