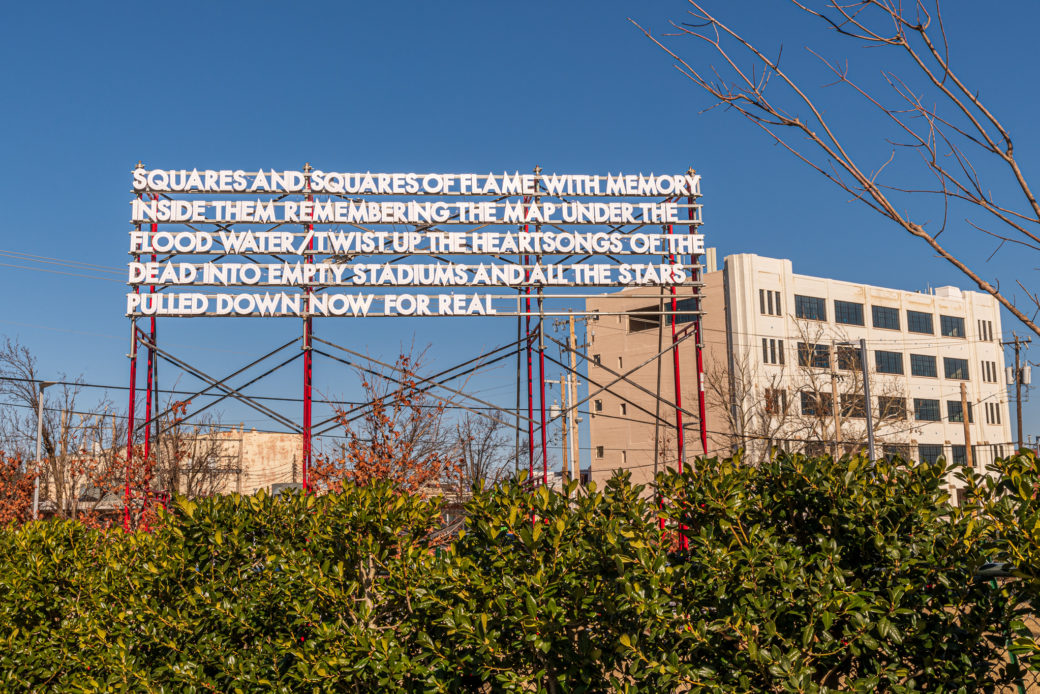 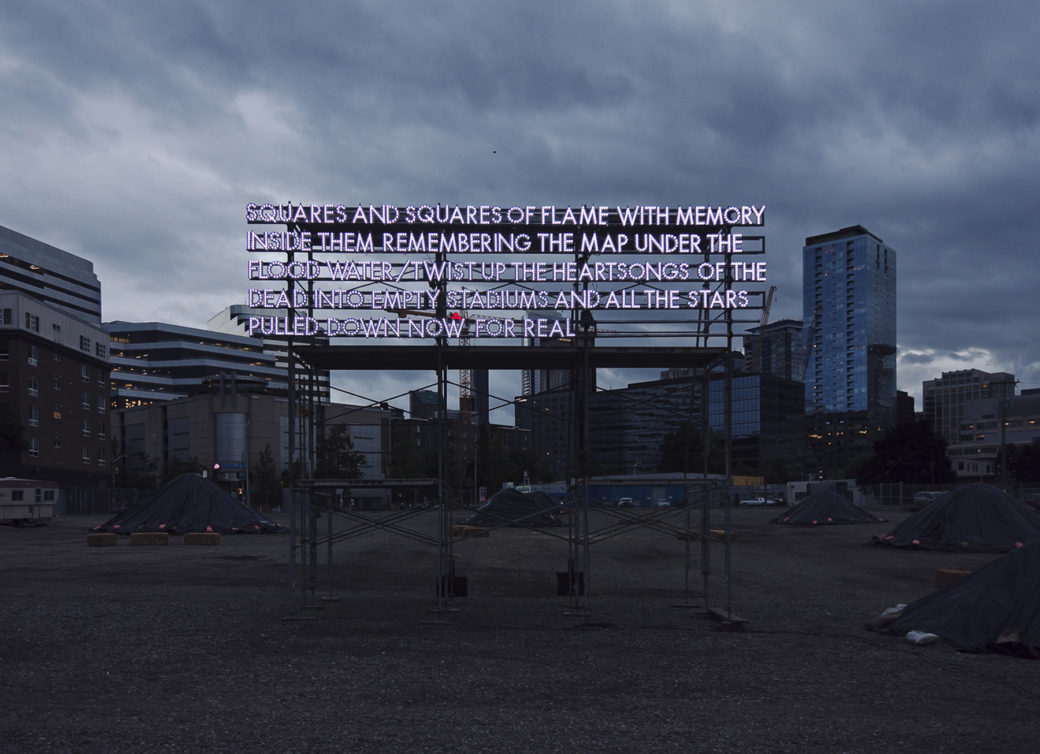 THE STARS PULLED DOWN FOR REAL (2015) by Robert Montgomery, a poem in LED light, illuminated Oklahoma Contemporary's North Lawn. The work opens with “SQUARES AND SQUARES OF FLAMES” and ends with “ALL THE STARS PULLED DOWN NOW FOR REAL,” referencing Ezra Pound ’s 1913 essay Patria Mia, which celebrates the dazzling lights of New York City. If Pound practically sings a paean to “the most beautiful city” as “our poetry,” Montgomery’s version casts a more elegiac light on the landscape of cities that his billboards have been in dialogue with in different parts of the world for over a decade.

Part of the inaugural Bright Golden Haze exhibition, Montgomery’s light poem also corresponded with the narratives woven into the installations of Fieldworks: Beyond Measure and the words and phrases that populate the works in the upcoming exhibition Ed Ruscha: OKLA.