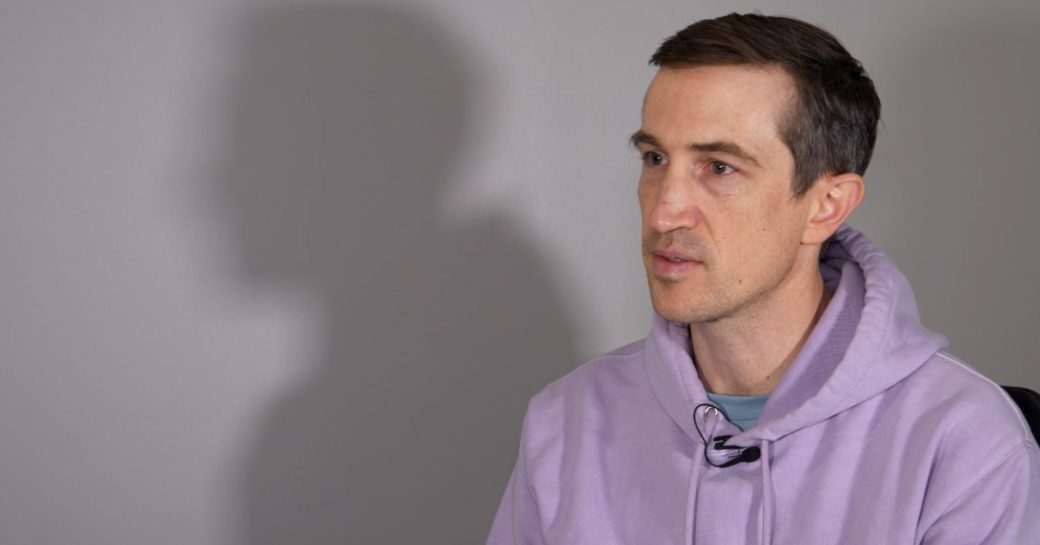 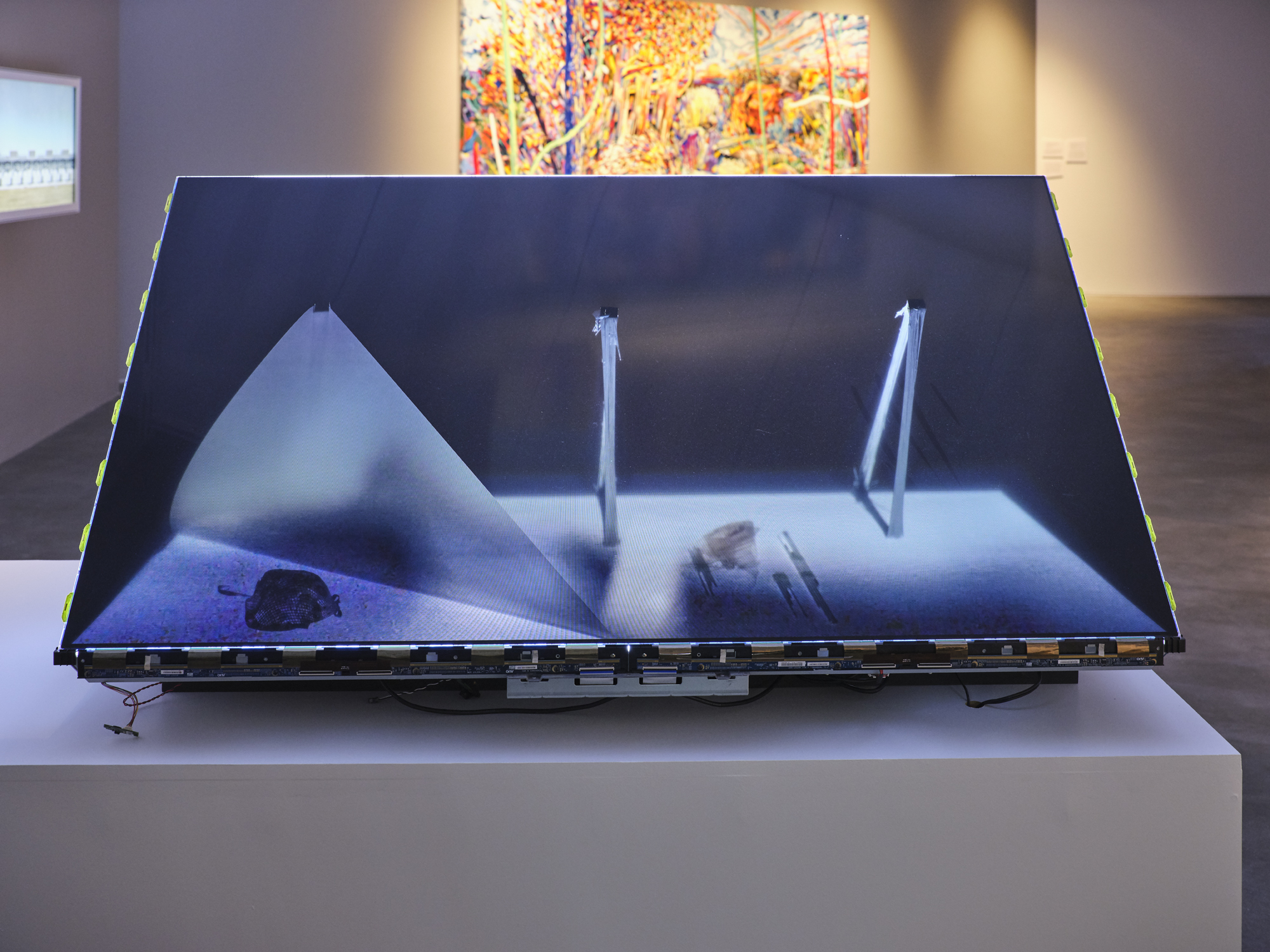 Untitled (2015) by Josh Tonsfeldt, on view in Bright Golden Haze.

The art of Josh Tonsfeldt resists classification. The Kansas City native mixes technology and tradition to comment on transformation, decay and his own family history, producing work that obliterates boundaries between sculpture and video, memory and machine.

Visitors to Oklahoma Contemporary's inaugural Bright Golden Haze and Shadow on the Glare exhibitions will get a chance to grapple with Tonsfeldt's work in person: a mixed-media sculpture featuring a deconstructed consumer television screen (Untitled, 2015) and a surreal video built from fragments of a family reunion (Quentin, 2010). The two pieces are distinct, but connected by an artistic impulse to reconsider the scenes and objects of daily life -- to dismantle the domestic, sometimes literally, and see what's inside.

In today's #ThursdayThree installment, Tonsfeldt talks about his daring and diverse art practice, and how sculpture can help us find new ways of considering the every day. 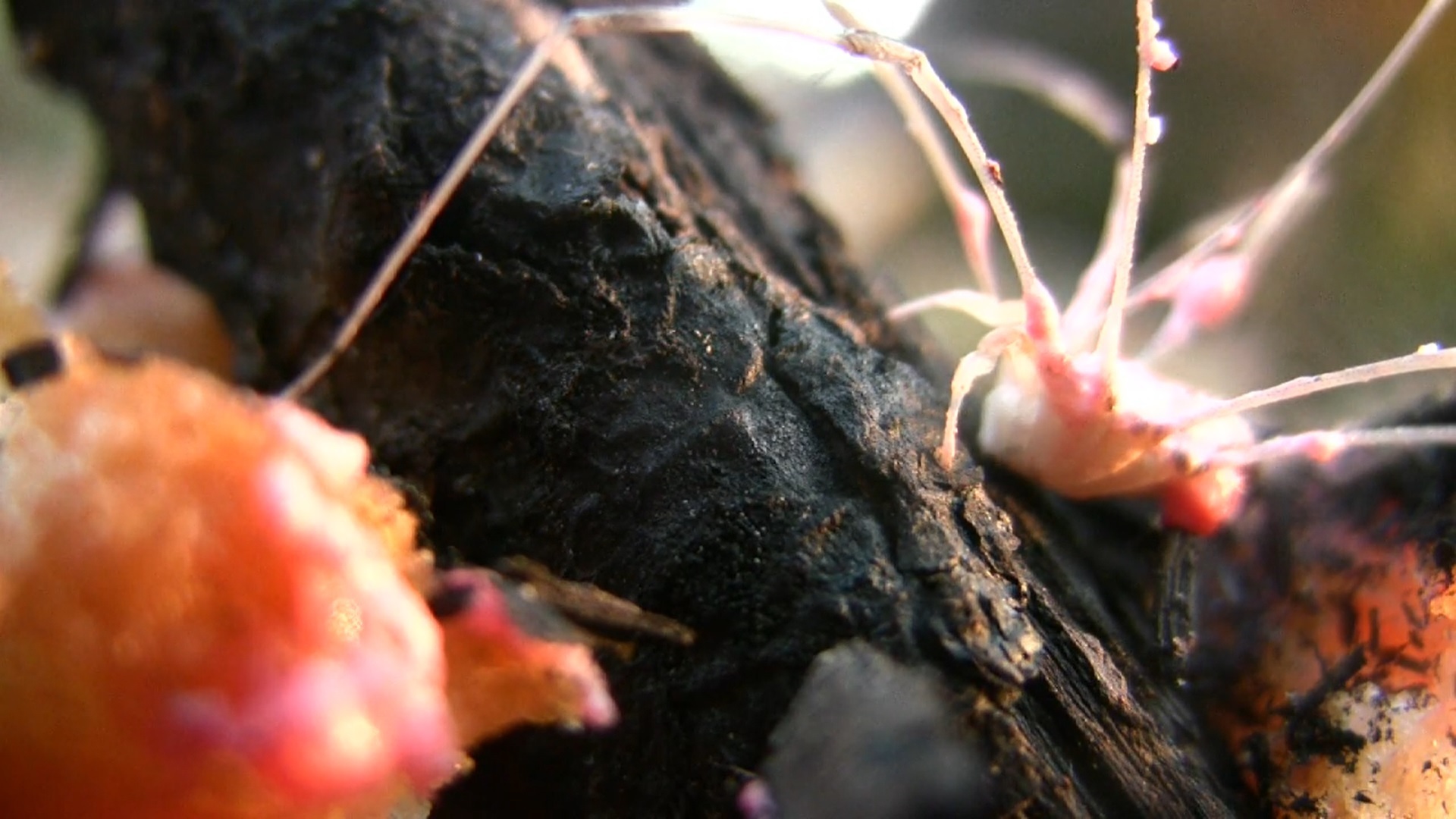 Josh Tonsfeldt's video installation, Quentin — on display in Oklahoma Contemporary's Shadow on the Glare exhibition — captures with disarming detail the minute experiences of a family reunion in northeastern Oklahoma. In this captured image, a spider interacts with a cupcake from a family picnic.

Can you give readers a broad sense of your work and background?

I live in New York, but I'm originally from Kansas City. I have family from Oklahoma, so I have connections here as well. I work in many different mediums. A lot of my work starts out in photography and video and sculpture. Much of it comes from my daily life, from interactions with family -- from domestic life and materials that we use every day.

How does that play out in your Bright Golden Haze piece, and how does it relate to the show's themes of light and place?

It's an untitled work from 2015. It's sort of a video and a sculpture at the same time. It consists of a 65-inch, off-the-shelf consumer television that I've taken and partially dissembled. So when you see it, you may not necessarily recognize it as a television screen. The work is several things: It's a dissection of a screen, this device we look at every day and spend a great deal of our lives in front of. It's also a montage, a kind of collage of video -- fragments from my daily life and experiences. But it's edited in a way that's fairly abstract. There's no narrative to it. It also serves as a display device, as a kind of table for displaying some sculptural fragments.

Landscape and light are themes I really relate to in my work. With the sculpture in Bright Golden Haze, there's a strong sense of light emanating from the work. It's almost kind of harsh and piercing in a way. So the work illuminates the space, and even in the video there are fragments of landscape, excerpts of trips I've taken out west with my brother and father. There are these subtle connections I've only come to think about and realize after having conversations about the show and thinking about the work again.

You frequently work with found objects and detritus. What draws you to these items as art material?

These works actually started out from finding a screen that was broken. I'm always interested in pulling things apart and seeing what other materials are inside. I sort of came to understand the construction of the screen and the mechanisms of how it could be opened -- what materials were inside, what their particular qualities were. That sort of drew me to finding more screens and working with them, and eventually I got confident enough that I felt like I could take a functioning screen and disassemble it without destroying it. Which only happened on the second time. The first screen I bought, I destroyed immediately. But I think I've got that down at this point [laughs].

I started out working in photography and taking pictures. It's all about observation and going out into the world and finding new ways of looking at things that might otherwise seem very familiar to you, or things that might seem very banal or uninteresting. I think that, in a way, led me to look at objects or materials you might not otherwise consider or find so interesting to look at, and reconsider them. I also like the idea of sculpture being something that could almost be missed. It could almost recede into the background in a way where you're not sure if you're looking at something that's a piece of art, or something that's just been left behind or part of the space. That's something sculpture can do: It can raise questions and challenge us to reconsider our own assumptions of taste or what's familiar to us.