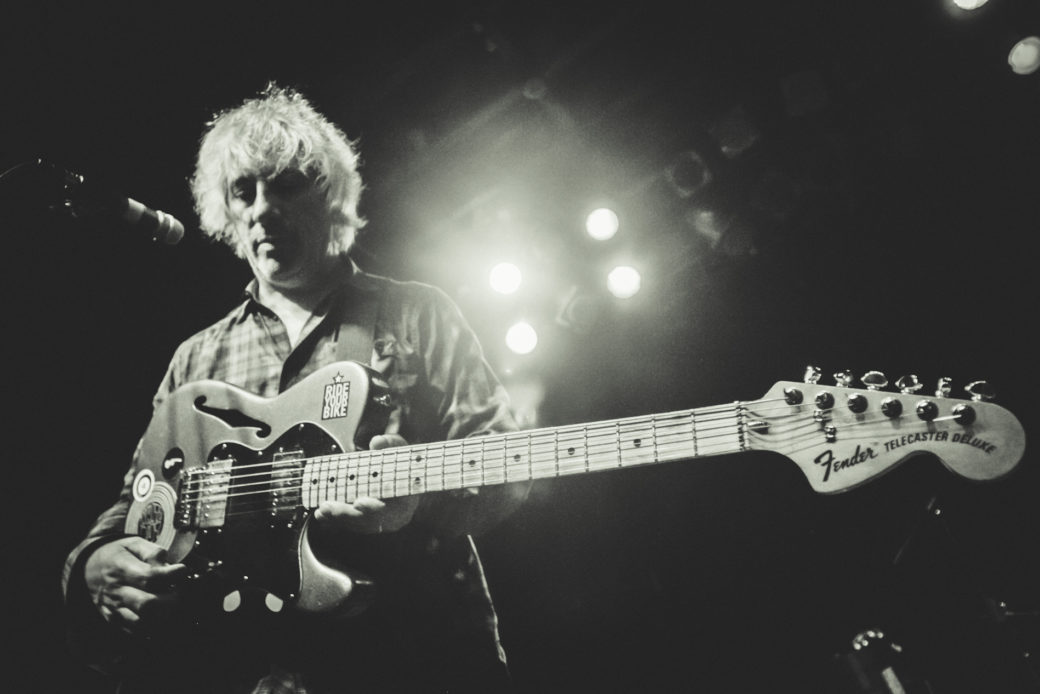 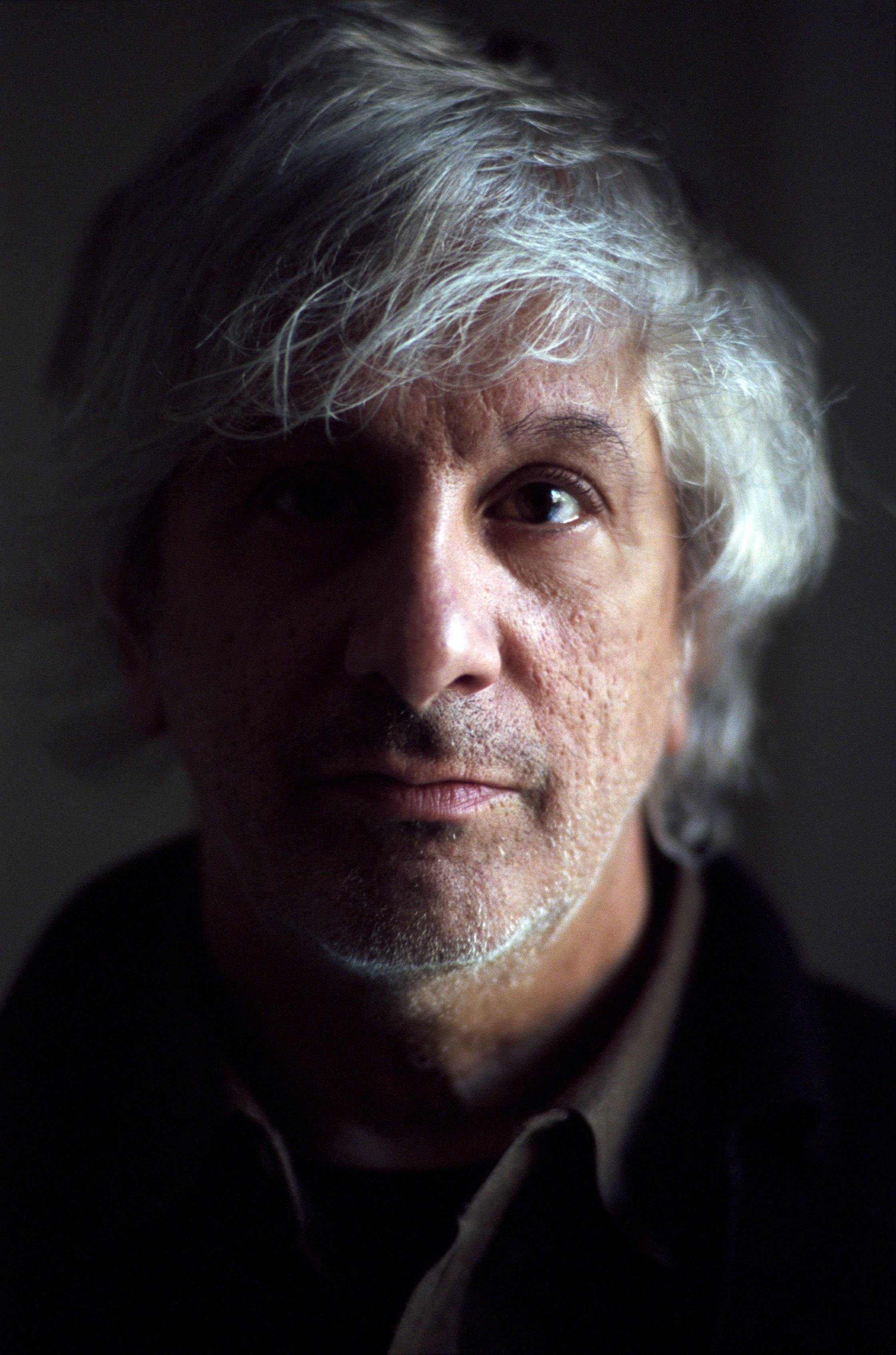 Like most of us, Lee Ranaldo’s year isn’t going quite as planned. The Long Island native who co-founded the seminal art rock band Sonic Youth was supposed to be wrapping a European tour in support of Names of North End Women, his latest album with Spanish producer Raül Refree. “We put it out in late February, like a couple of weeks before lockdown,” he said. “Not an ideal time to release a record, really.”

Ranaldo has spent the months since — seasons now — in his New York City home: reading, writing, cycling and painting in quarantine with his two college-age sons and his wife, visual artist Leah Singer. “It's been pretty hard for me to really focus on music, because I had just spent a year making this record and put it out and was expecting to go on tour and none of that happened.”

Ranaldo has been featured at the top of "100 Greatest Guitarists" lists in Rolling Stone and Spin, practically inventing his own language of screeching post-punk experimentation that influenced generations of players, but music isn’t his only artistic pursuit. He’s also a writer and visual artist whose works have been on view in galleries and museum shows around the world.

“There's kind of this interplay and interchange between the different disciplines,” Ranaldo said. His work as a writer, from poetry to writing on music and musicians, might inform a lyrical idea or painting later down the road. “There's a symbiosis between them all in a way.”

Ranaldo will kick off the final evening of Oklahoma Contemporary’s marathon livestream reading of The Odyssey on Aug. 29, joining fellow musicians Leslie Feist, Nick Waterhouse and other artists and civic leaders in lending their voices to the virtual storytelling experience. In the meantime, we caught up with the indie rock mainstay to talk about literary songwriting, collaborating with novelists and spending time with the Emily Wilson translation of Homer’s epic poem.

Your music has always had a literary quality. From your time with Sonic Youth to Names of North End Women (2020), words seem to be important to you. Can you talk about that connection between literature and music in your work?

That's always been one of the avenues through which I've approached music. Whether it's music I'm playing or music I've been into over the years, the lyrics always really mattered a lot. It really mattered what the songs had to say, as well as well as how they sounded.

I jumped off from early readings of Beat Generation writers like Kerouac, Ginsberg and Burroughs and all those guys. I've always been a really avid reader and writer, since I was quite young, so the music that mattered to me most in my earliest formative periods was music where the lyrics really were important — you know, that's Bob Dylan and Joni Mitchell and Neil Young and, you know, a lot of The Beatles and artists with really substantive lyrics.

I've always tried to approach my lyrics with a bit of a poetic edge, rather than straightforward narratives or typical lyrical subjects. I've been really into aspects of concrete poetry and different kinds of abstract writing and surrealist wordplay over the years, and I always kind of wanted the lyrics to have a bit of depth to them. I didn't want it to be the kind of thing you scan once and you got the gist of it, if you know what I mean. 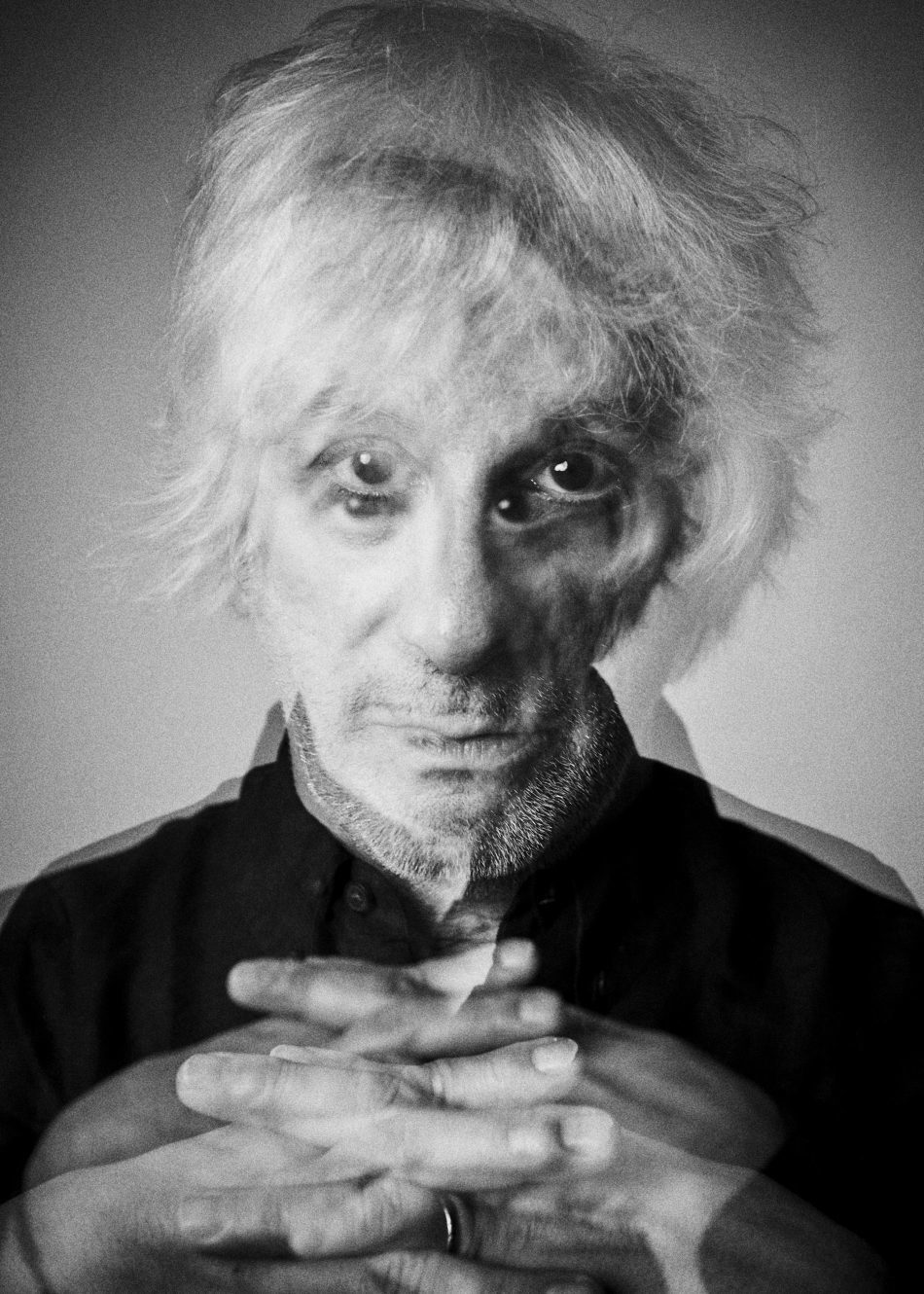 You've recently collaborated with novelist Jonathan Lethem. What was that process like, and what is the role of collaboration in your art generally?

Sonic Youth's music was always pretty collaborative, lyrically. The songs are all credited to the four of us, because we really all contributed to the songs. There was usually the one spot where we each went off in our own world and wrote the lyrics, but there were times when we collaborated with each other, helping each other out to finish lyrics off and things like that. Once I started to go out on my own and make songs on my own, I didn't really have that collaborative feeling of Sonic Youth where we were working on these songs in sort of concert together. I wasn't really crazy about the idea of having everything spring from me personally: the music, the lyrics, the direction of the band. I wanted to find a way back into a collaborative situation.

When I was much younger, I was really interested in what The Grateful Dead were doing both musically and lyrically, During the development of Sonic Youth, I had moved on to other stuff. But in the last decade or so, I've gotten back into their music for one reason or another. I was part of this sprawling collaborative project that some of the guys from the band The National worked on a few years ago called Day of the Dead, where they covered like 50 different Grateful Dead songs. I was involved in a couple of the songs on that record.

When I showed up at the studio where we were going to work, they played me — I don't know — eight or 10 different songs that were that different people: Will Oldham, Cass McCombs, Sharon van Etten and all these different people. And it really struck me how great the lyrics were on those songs, and and what a body of work their lyricist Robert Hunter had created for them. And I loved the idea that they worked with this guy who was, you know, considered a member of the band but he was never on stage. He was the guy that wrote the words.

I don't want [my lyrics] to be the kind of thing you scan once and you get the gist of it.

That kind of fired me up again to think about having someone to collaborate with on lyrics. Jonathan [Lethem] and I had been long-term acquaintances at the point, and I approached him and he was immediately gung-ho for working on lyrics together. The first record we worked on was Electric Trim (2017), and the lyrics to that record took so many different approaches between us. There were songs where I had most of the lyrics done and needed three or four lines, and I'd send him lyrics that were almost complete and he finished off the last lines. Then I'd send him lyrics that were mostly incomplete, where I had maybe four or five lines out of a needed 40.

He's a word god, so he would just fill in every single lyric and then we would bounce things back and forth. I'd cross out stuff he sent me that I didn't like, and he would do the same, and we just had this wonderful dialogue back and forth. Sometimes we would have a lyric finished, and we'd be stuck on one word at the end of the line. I'd be looking for something and not satisfied with it, and between the two of us, we would try like 10 or 12 different words to find the right one for the line. We got into this long, ongoing discussion about how you know when the right word comes up.

It's been a really fruitful collaboration. With Names of North End Women, it took a totally different set of attacks between us. And it's ongoing. At this point, we're actually getting ready to start work on on a new batch of stuff. So it's been really fantastic having someone to bounce ideas off of and get a different perspective — a different point of view, which is great. 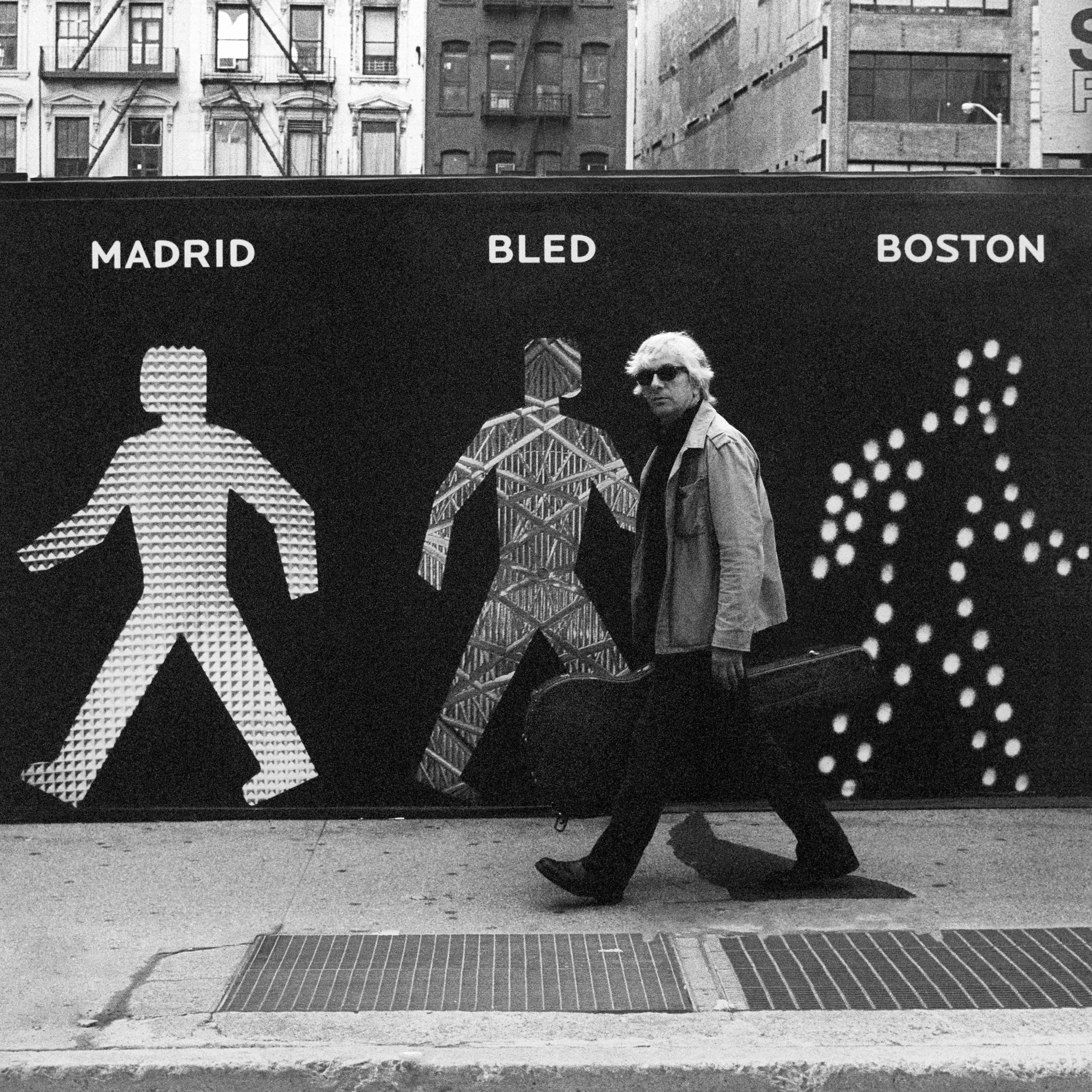 What's your history with The Odyssey?

I have some degree of familiarity with both The Odyssey and The Iliad. I think we read The Odyssey in high school, but I had not approached it since then. My literary training is much more skewed towards modern writers than it is towards classic writers. But you know, in a certain way, so much begins with with Homer. Writing from that period that's so archetypal in terms of some of the stories that are being told today.

So it's been really interesting to me as I prepare to do this reading this weekend. I haven't read it cover to cover yet, because I'm in the middle of like three other books at the moment that I really need to finish. But I really love Emily Wilson's translation of the book. It feels very modern to read it, and that's made it very much a pleasure to move through. It's been great for me to reacquaint myself with with this book. It can be a daunting task mentally to approach an epic poem, to imagine reading a novel-length book that's actually in poetic form, but it flows so well in her translation, and it's been it's been really fun to get back into it.

Lee Ranaldo kicks off the final evening of Oklahoma Contemporary's marathon livestream reading of The Odyssey at 7 p.m. CST Aug. 29.